Step into the world of Gun Gale Online with this new trailer for Sword Art Online II. Get to know what issues the game has and why Kirito must enter the game and investigate the mysterious “Death Gun”. The video contains new footage and also previews the Opening Theme of the upcoming anime, Ignite performed by Eir Aoi. The second season will once again be produced by A-1 Pictures and will feature the same cast as the first season. It will also be streamed on various licensed sites worldwide.

Sword Art Online II will begin airing on July 5 during the Summer 2014 anime season, with a Japanese advance screening of the first episode on June 29th.

Here is the newest magazine scan of the anime: 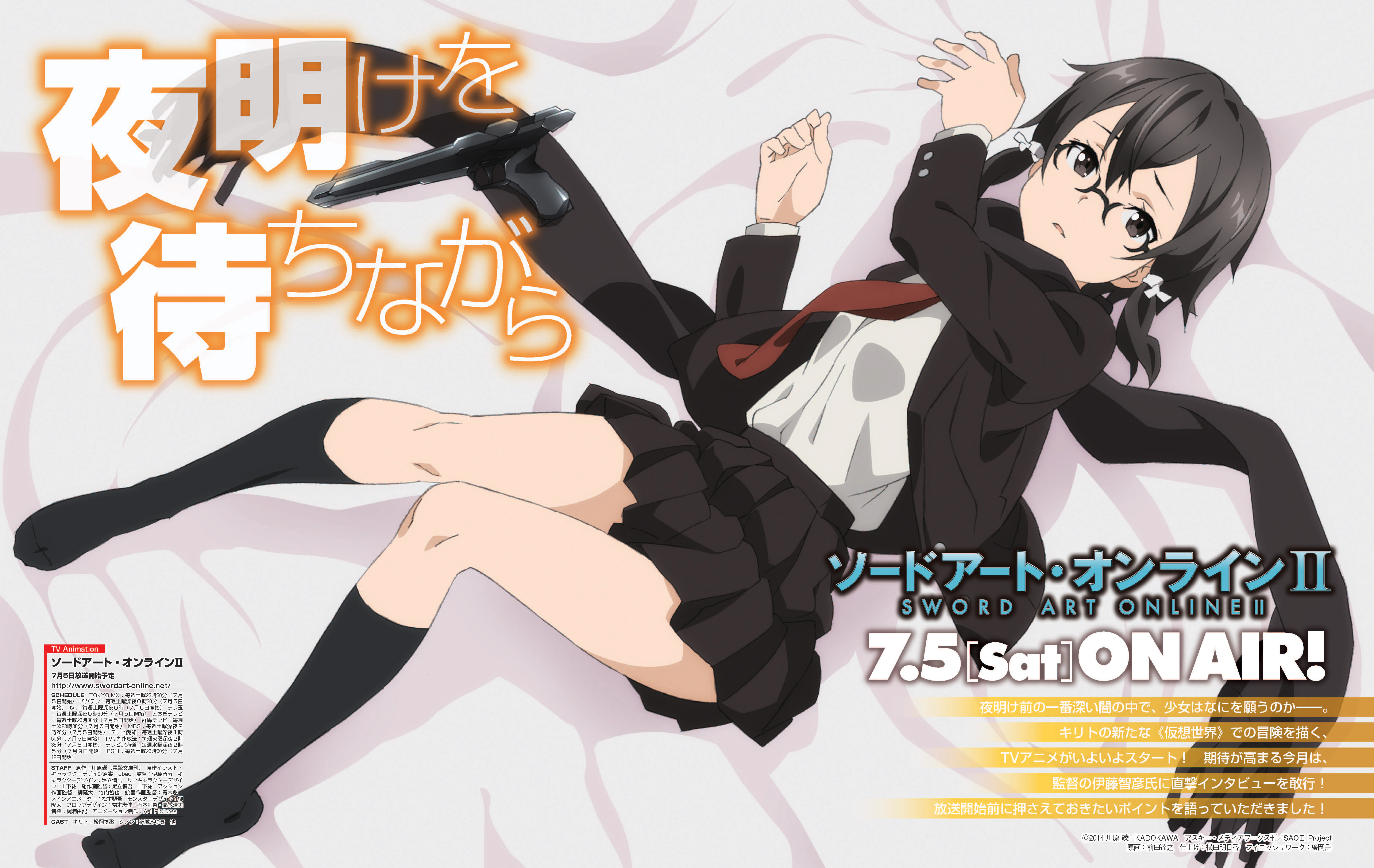