The official website of the Tantei Opera Milky Holmes anime has revealed that a new anime of the series is currently in production. The upcoming series will be the 4th season of the anime and will be airing in January next year. The website has also released the first visual for the anime: 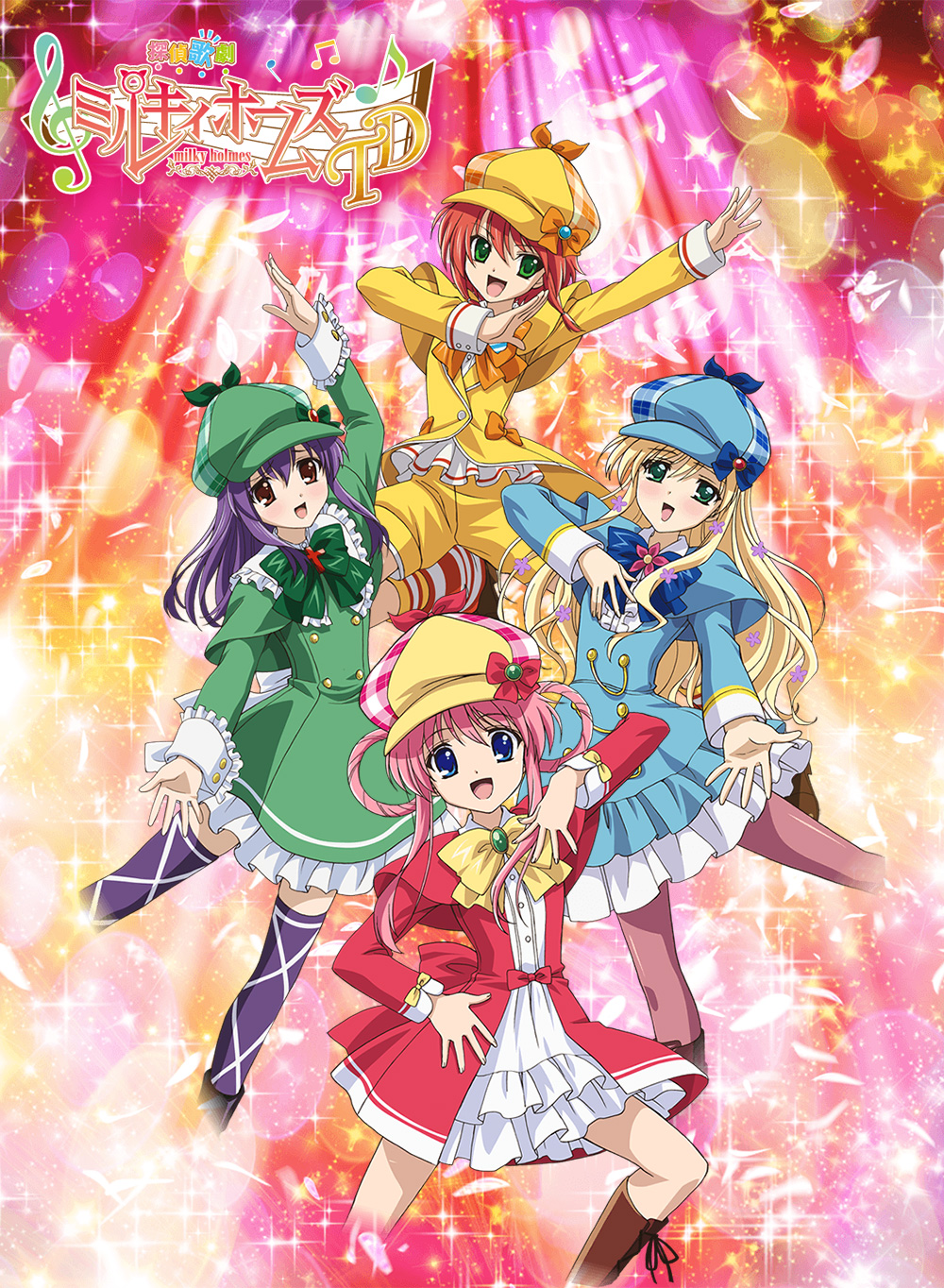 The 4th season of the anime will be titled Tantei Opera Milky Holmes TD, with the new subtitle standing for Tottemo Dohhyaa. The site has also revealed that the anime will feature a new main character, joining the cast:

She will join the main cast who consists of:

The site has also revealed that staff that will be producing the anime:

The anime’s theme songs were also revealed. The Opening theme will be Milky A Go Go sung by the main characters of the anime, and the Ending theme will be Tankyuu Dreaming performed by newcomer Emi Nitta. 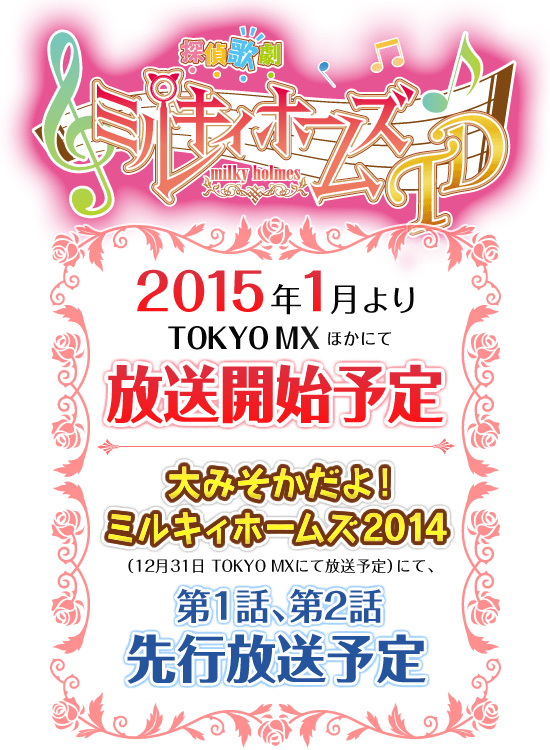 Tantei Opera Milky Holmes is a multimedia franchise by Bushiroad that began as an Internet radio show in 2009. Following the radio show, the show has been adapted into various media including manga, visual novels, video games, light novels and anime. The manga adaptation of the series ran from 2010 to 2011 in Kadokawa Shoten’s Comp Ace magazine that was written by the Japanese trading card game company and illustrated by Sorahiro Mizushima. The series received its first anime adaptation in 2010 from J.C.Staff and was directed by Makoto Moriwaki (Pri Para, Onegai! Samia Don). The series was followed up with two more anime seasons, and a sequel spin-off series Futari wa Milky Holmes was also produced. The visual novel itself released on the PlayStation Portable in 2010, followed by its sequel in 2012, and a rhythm game releasing later this year.

Here is a synopsis of the upcoming series from MAL:

There have been many cases of stolen songs happening among the idols in Yokohama District recently. Even super idol Marine Amagi’s hit song “Kiseki no Uta” was taken away. At the request of Marine, the Milky Holmes team starts investigating the case.

Tantei Opera Milky Holmes TD will be airing in January 2015, during the Winter 2014/2015 anime season. A early screening of the anime’s first two episodes will be aired on December 31st on Tokyo MX in their Oomisoka-dayo! Milky Holmes 2014 special.

Are you ready for more mystery solving with the cutest girls? Let us know in the comments below