On the first day of TGS 2014, Bandai Namco Games has released the second promotional video to One Piece Dance Battle. The game is a mobile music rhythm game for Android and IOS Devices. In the game you can select one of the characters from the Straw Hat crew and begin tapping away at the various coloured icons at the bottom of the screen. The game also has a mode titled Dance Hall where you can view the characters dancing without the need to tap to the rhythm. One Piece Dance Battle also includes wearable items of you to customise your favourite Straw Hat pirate.

One Piece Dance Battle will be releasing on Android and IOS later this year. The game was initially suppose to release last Winter, but was significantly delayed.

Here is the first key visual for One Piece Dance Battle: 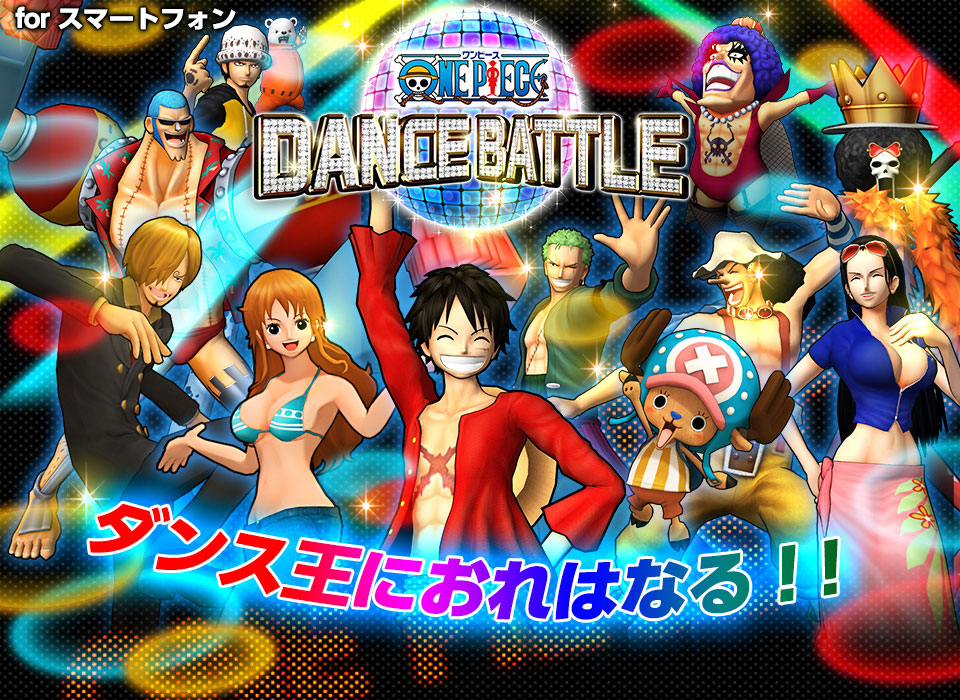