In the recent issue of Japan’s Cut magazine Monogatari writer Nisio Isin confirmed in the magazine that an anime adaptation of Tsukimonogatari is currently in production. No further information about the upcoming anime adaptation has been revealed. 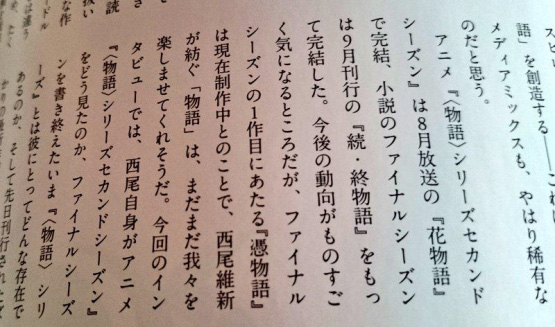 Tsukimonogatari is the 13th book in Ishin’s Monogatari light novel series and is the first novel in the third season story arc, following the end of the second season with Koimonogatari. The light novel itself was released in September 2012 and contains the Yotsugi Doll story. 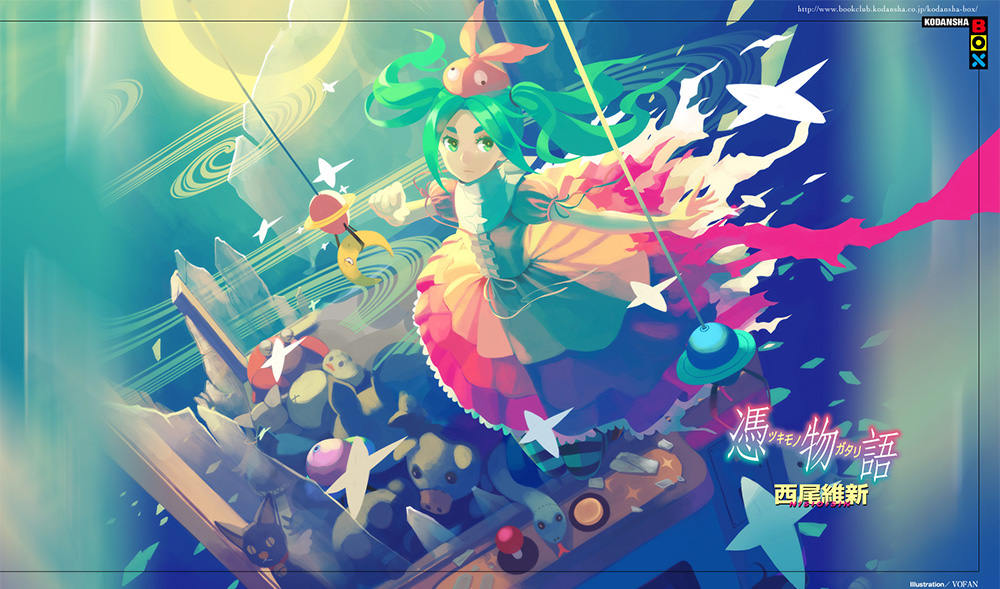 Not much is known about the anime adaptation of Tsukimonogatari. It is the first story in the third season of the light novels, so the remainder of the novels are also expected to be adapted as well.

Are you excited for the Tsukimonogatari anime? Is it too soon for more Monogatari? Let us know in the comments section.