A handout leaflet has been distributed in Akihabara announced that the recently confirmed anime adaptation of Nisio Isin and Vofan’s 13th light novel Tsukimonogatari will be airing on December 31st as a four episode special. 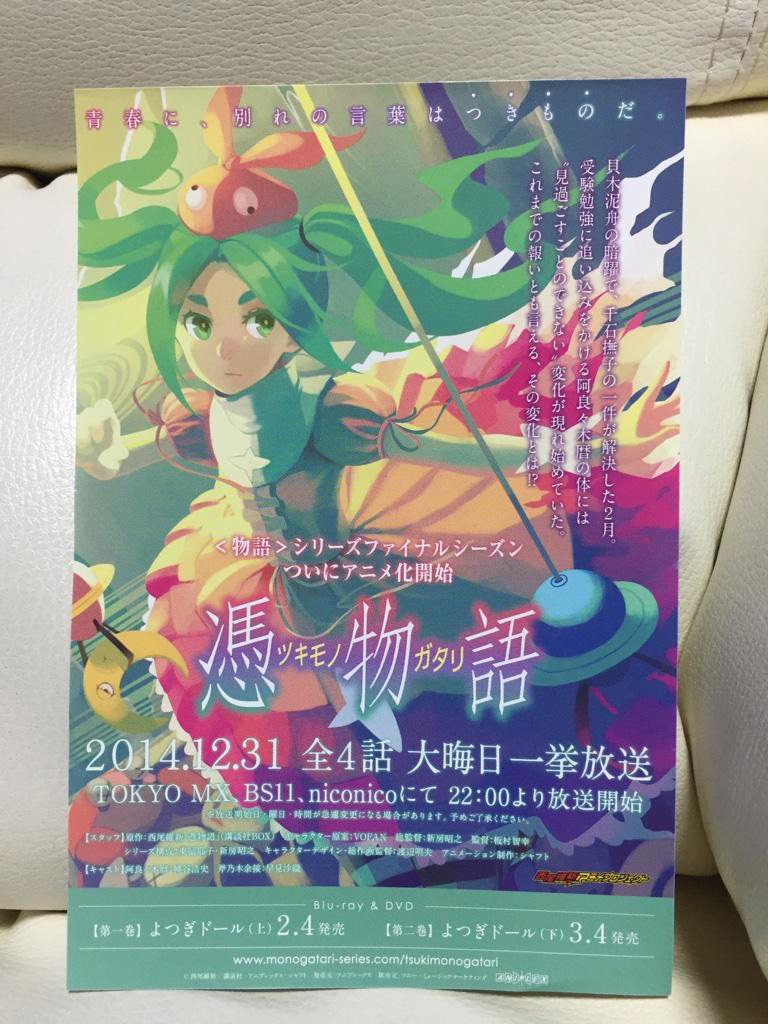 The Tsukimonogatari anime will be the first entry into the third season of the Monogatari series. The light novel itself was released in September 2012 and contains the Yotsugi Doll story. The anime will be 4 episode long and will air on December 31st on Tokyo MX, BS11, and Niconico. The 4 episodes will then be split up into 2 Blu-ray and DVD volumes that will release on February 4 and March 4 next year, respectively. 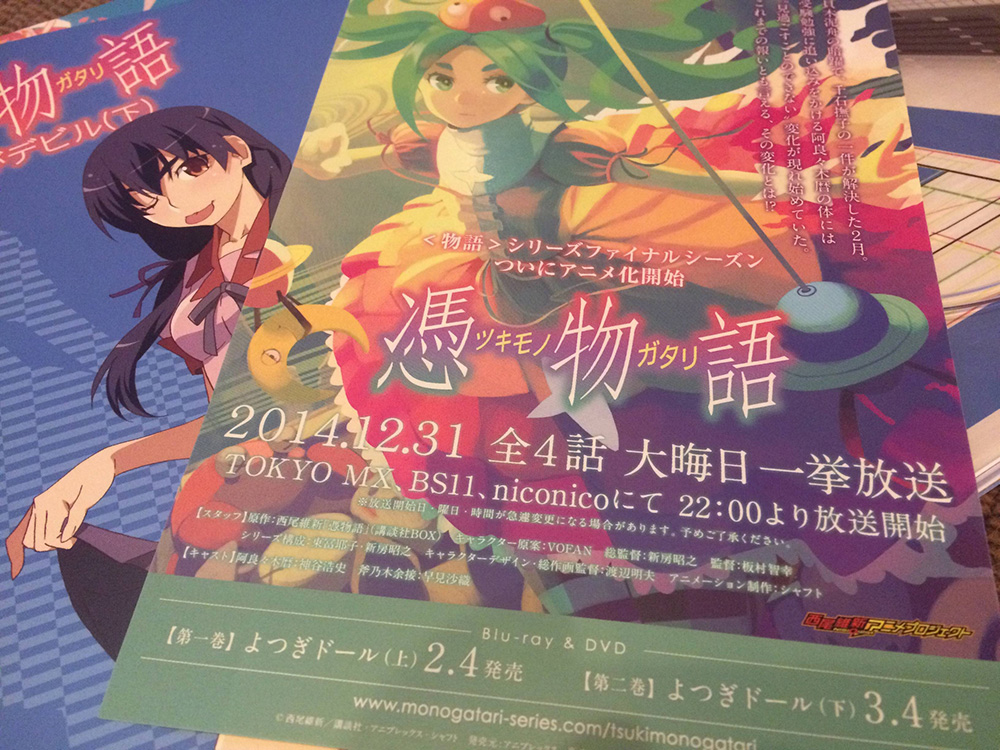 Tsukimonogatari will be airing on New Year’s Eve, during the Winter 2014/2015 anime season, for a total of 4 episodes at 10:00pm JST. The handout also mentions that the official website for the anime will be online soon with more information.

Are you excited for the Tsukimonogatari anime? Is it too soon for more Monogatari? Let us know in the comments section.