Wit Studio (Attack on Titan) have announced their next anime project. The anime will be an original series titled The Rolling Girls and the official website of the show has already launched with the first key visual and commercial. 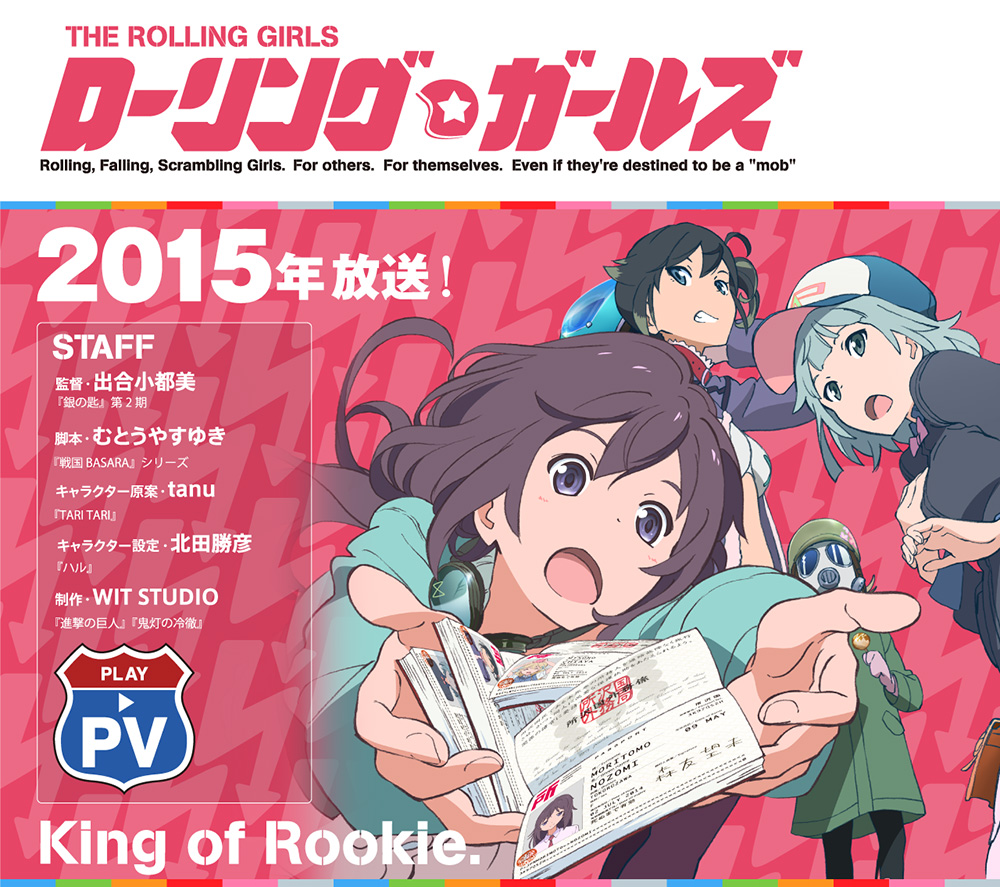 The anime’s official website also revealed the first staff members who will be producing the series. They are:

The first commercial of the series was also released on the website:

The Rolling Girls will be Wit Studio’s first original anime and will air sometime in 2015. Further information on the series will release in the upcoming months.