It’s time for another comparison between the TV and Blu-ray release of certain anime. Why do we do this? Well this is since they have time to reproduce scenes of the anime that may or not have been rushed to make their schedules and deadlines. They may redraw scenes, add new ones, include flashier effects or just make it less sucky. It is always interesting to see what animation studios change for their “directors cut” of the series.

We will be checking out the releases of Witch Craft Works, animated by J.C.Staff. All the images below are from the 2nd and 3rd Blu-ray volumes, which contain episodes 3-4 and 5-6 respectively. So let’s see what changes the studio have made between the TV and Blu-ray release.

Witch Craft Works is a manga series from Ryuu Mizunagi that serialized in  2011 in Kodansha’s good! Afternoon magazine. To date there has been a total of 6 volumes released. The most recent volumes have all reached the top 30 on Oricon’s weekly top selling manga, during the first week of release. An anime adaptation of Witch Craft Works aired earlier this year. It was animated by J.C. Staff (Sakurasou no Pet na Kanojo, Toradora!) and is written and directed by Tsutomu Mizushima (Another, xxxHOLiC).

Takamiya Honoka is a regular student whose only problem seems to be that he sits next to Kagari Ayaka, the school’s #1 beauty. They have never spoken to each other before and any small interaction between them immediately results in her fanclub beating him. Yet when a falling part of the school’s building is about to send him to the afterlife, it’s Kagari that comes to his rescue. Only… she’s dressed as a witch, carrying him in her arms and floating on a broom?! Kagari tells him it is her mission to protect him and that now she can finally protect him openly rather than undercover. 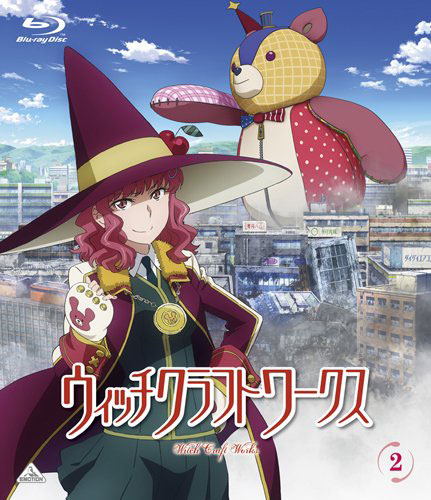 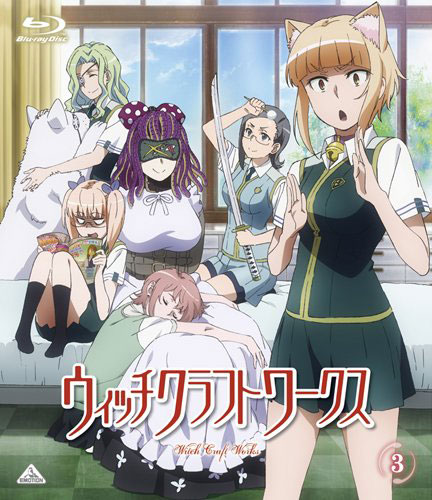 All the images are from the second and third Blu-ray volumes of Witch Craft Works. The second volume and third volume are available from Amazon Japan for a total of ¥5,594 (~ $55.94 USD), which contains two episodes each. Volumes 4, 5 and 6 will be released later this year.