The official Twitter and website of the YuruYuri anime has revealed the release date of the upcoming OVA. YuruYuri: Nachuyachumi! will be releasing in Japanese theatres on November 29. 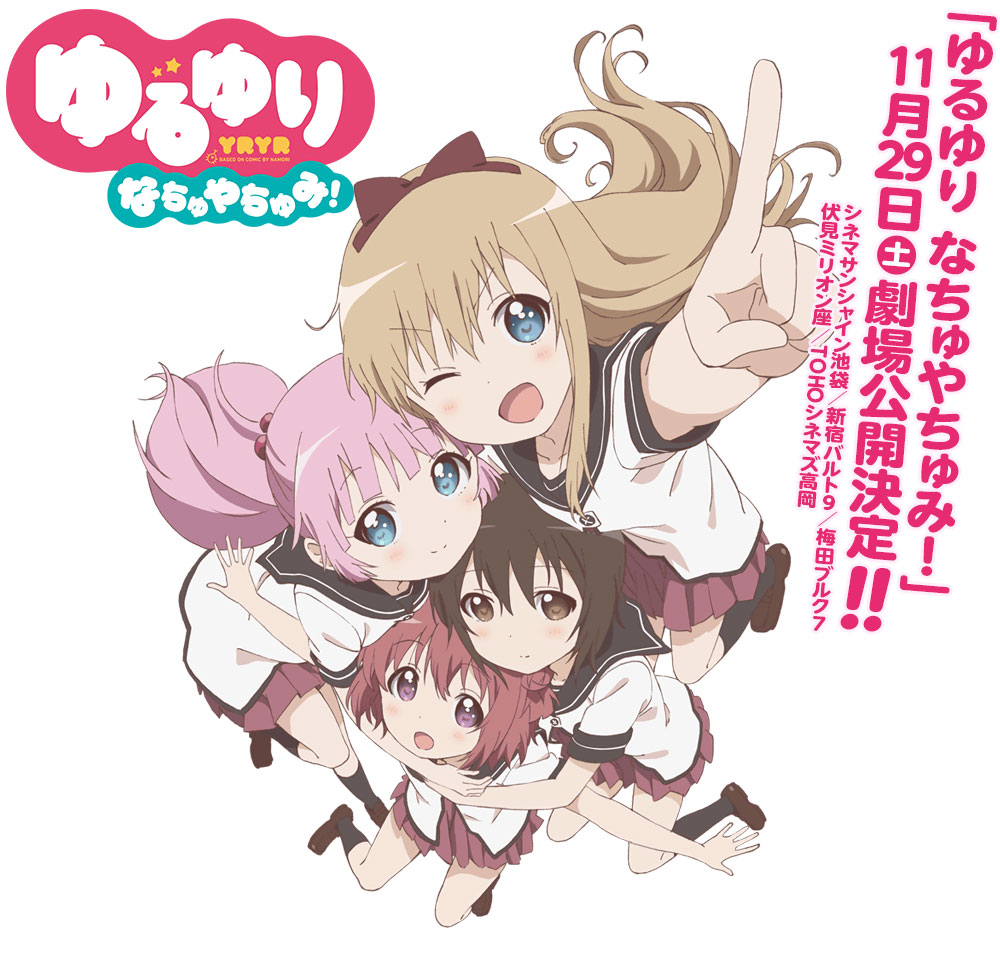 YuruYuri: Nachuyachumi! will be releasing in 5 theatres across Japan. It will be at Cinema Sunshine Ikebukuro, Shinjuku Wald 9, TOHO Cinemas in Takaoka, Umeda Burg 7, and the Fushimi Million-za Cinema Complex, on November 29th.

Here are the new character designs for the OVA: 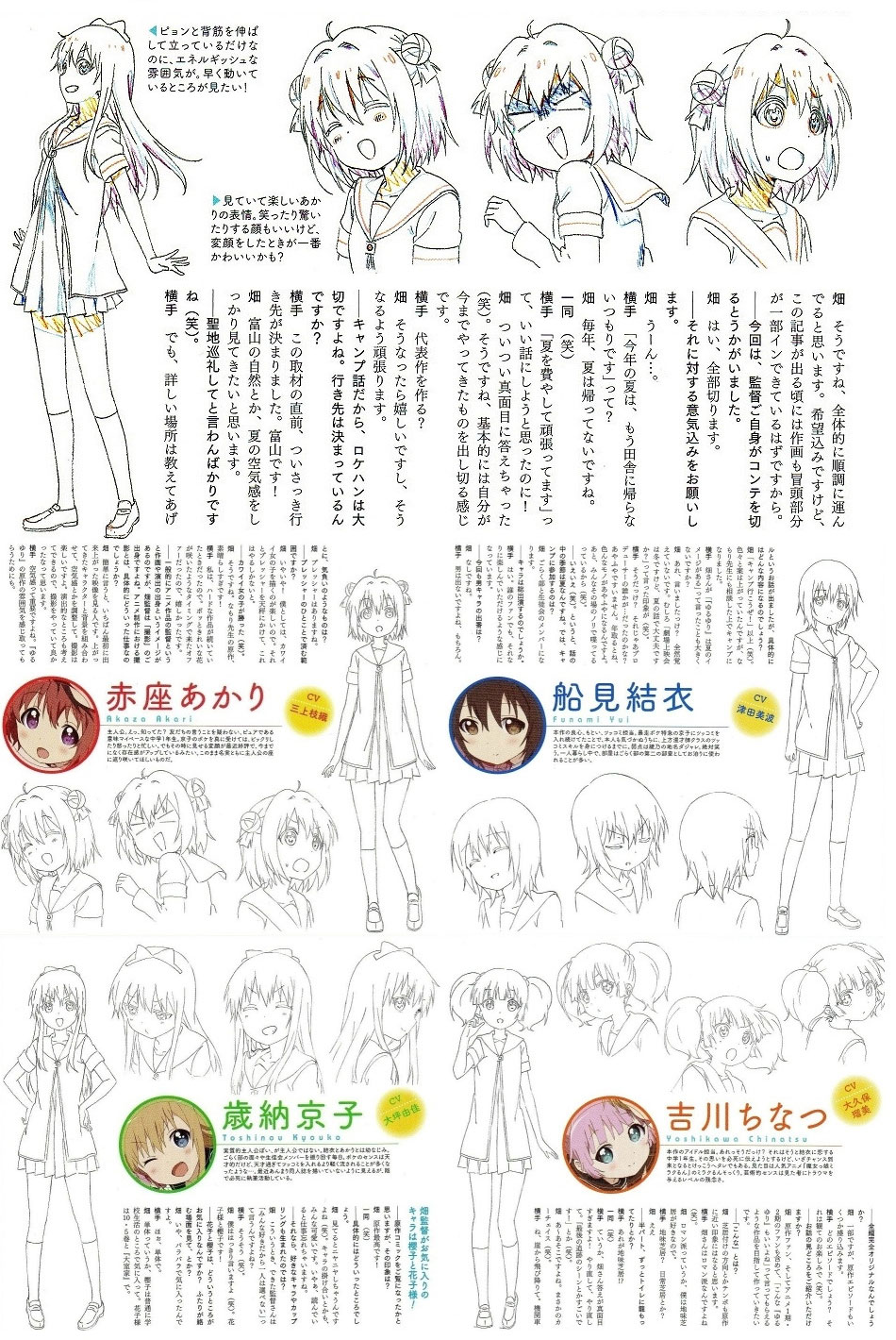 Above are the updated designs of the series’ main characters for Nachuyachumi!, which will be animated by TYO Animations (Shinryaku! Ika Musume, Plastic Nee-san). They are illustrated by Motohiro Taniguchi (Fullmetal Alchemist: Brotherhood, Strike Witches) who is also the key animator. A comparison image of the new OVA designs and the character designs from the two anime series was also released. The designs on the left are from the 2011 and 2012 anime, designed by Chiaki Nakajima (Love Lab), and the ones on the right are from Taniguchi. 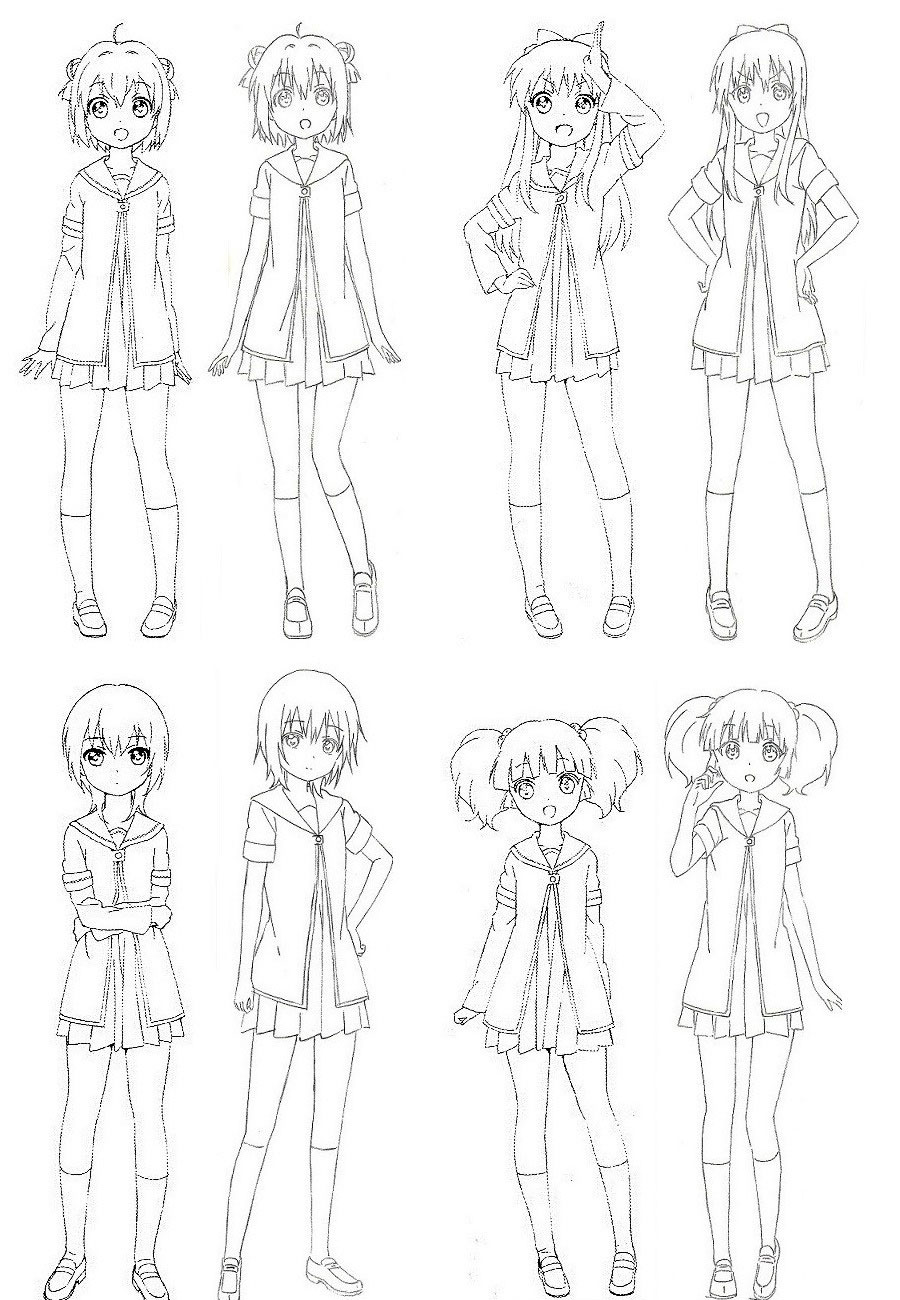 YuruYuri is a manga series created by Namori that released in June 2008 and is still running. The manga has a total of 11 volumes thus far and has sold over 1 million copies as of December 2011. Namori has also created two more manga series along with YuruYuri: YuruYuri Reset!, which is currently on hiatus, and YuruYuri Ohmuroke a web manga that started in July 2012. The series also received an anime adaptation in July 2011 by animation studio Dogakobo. The second season of the anime titled YuruYuri♪♪ aired in 2012, also in July.

YuruYuri: Nachuyachumi! will be releasing on November 29 at 5 Japanese theatres. Advance tickets will go on sale on July 19th.