The recent issue of Dengeki G’s magazine has announced that an original anime from studio Gokumi is being produced for the upcoming Fall/Autumn 2014 anime season. The anime is titled Yuuki Yuuna aa Yuusha De Aru and in addition to the announcement, the anime’s official website has opened and revealed the series’ production crew and a key visual. 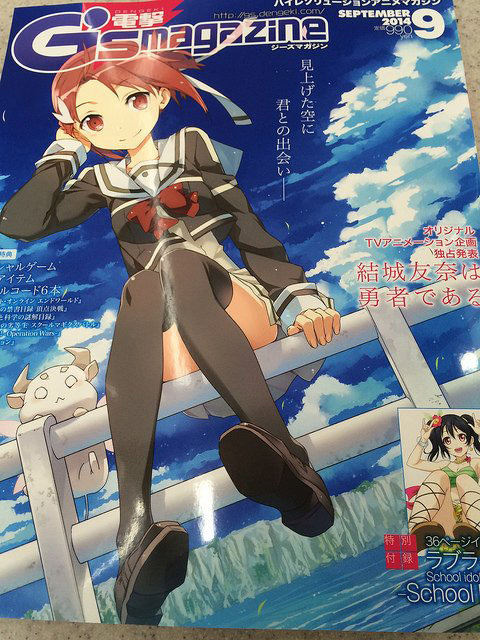 The anime’s website has revealed the production crew of Yuuki Yuuna wa Yuusha De Aru, which are as follows:

The anime’s website has also released the first key visual: 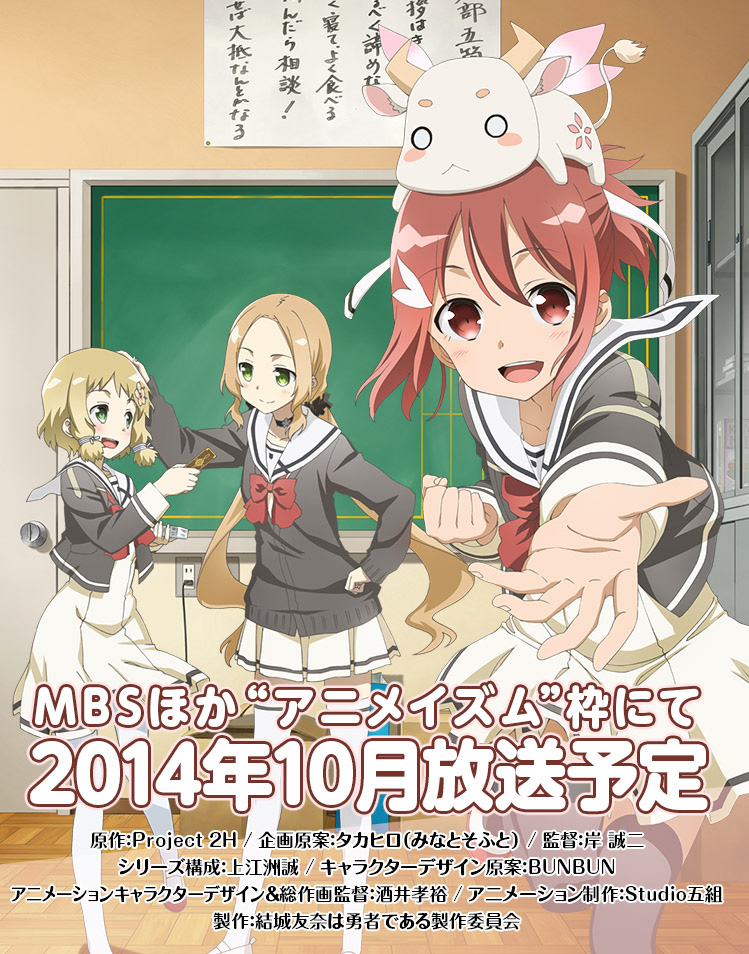 The first character designs for the anime were also released in the magazine: 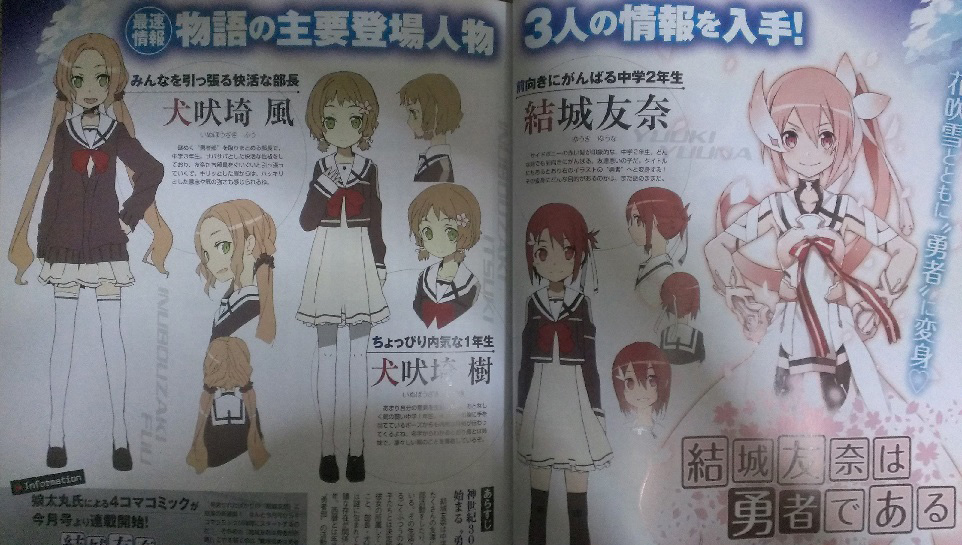 There will also be an event that will be held on August 23rd at the 2014 Chara-Hobby convention. The event will feature an appearance of Takahiro where the cast of Yuuki Yuuna wa Yuusha De Aru will be revealed. 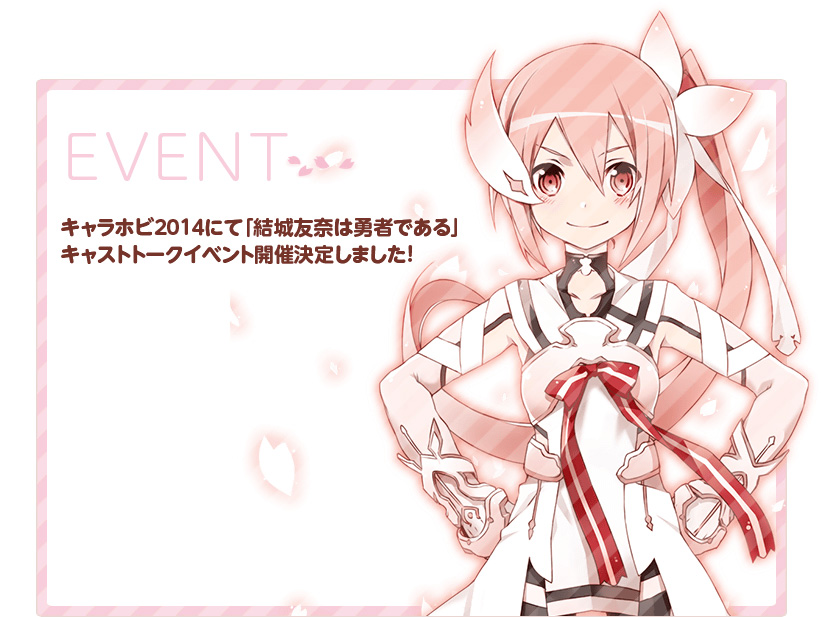 The anime is part of the greater Takahiro IV Project, which includes 4 projects produced by Takahiro. The first project was the Visual Novel Shoujo-tachi wa Kouya wo Mezasu, the second was an anime adaptation of Takahiro’s Akame ga Kill! manga, the third project is a light novel series Washio Sumi wa Yuusha de Aru.

Washio Sumi wa Yuusha de Aru is currently being published in Dengeki G’s magazine and also features a web manga illustrated by kotamaru. The light novel itself follows a different set of characters: 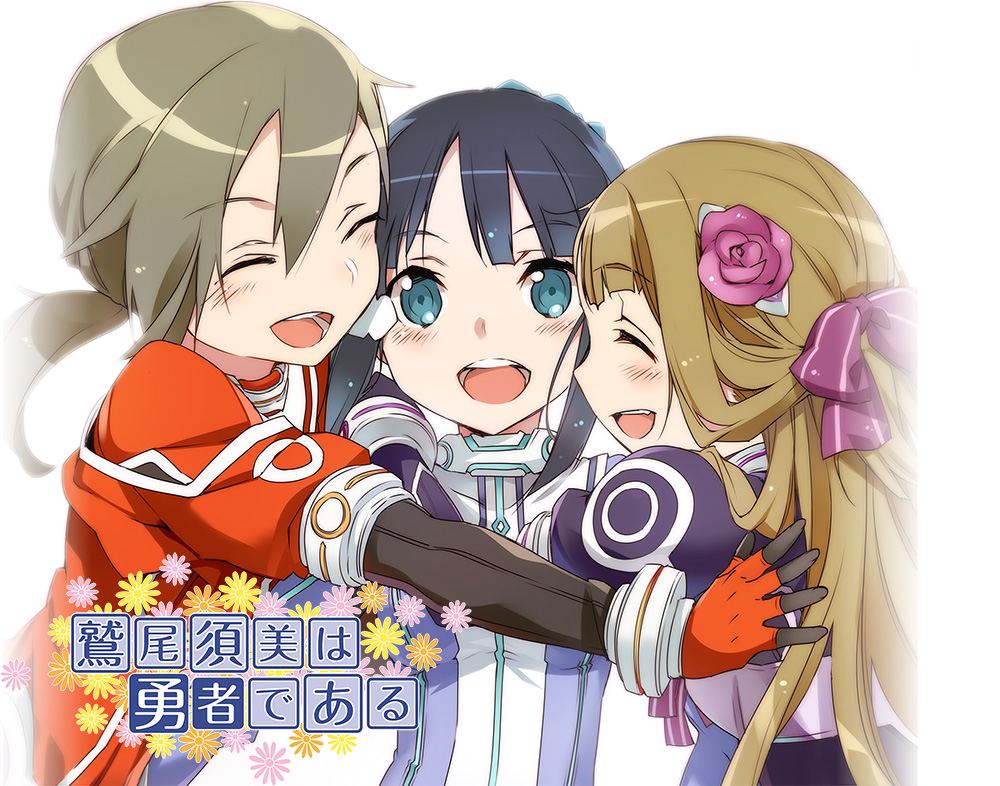 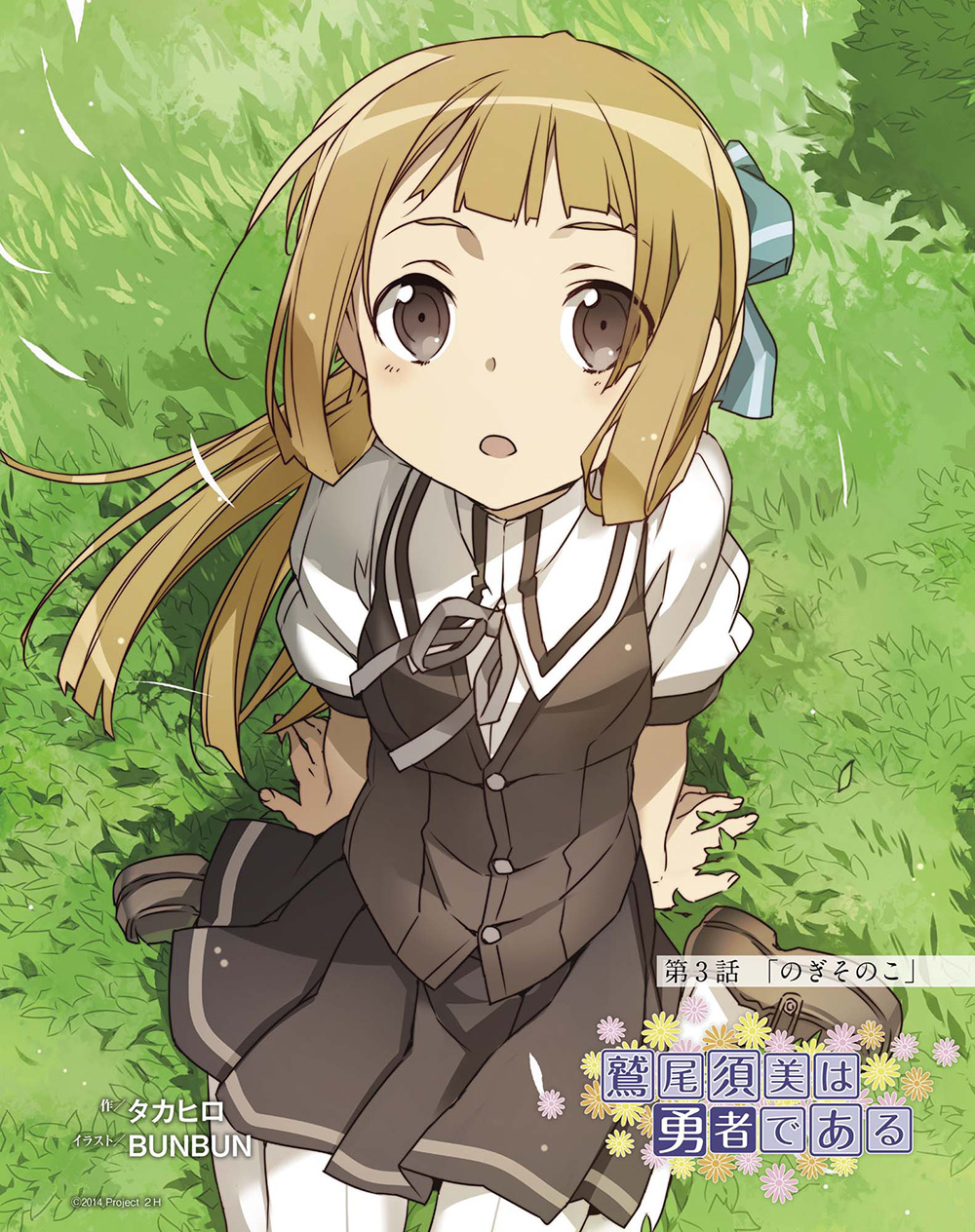 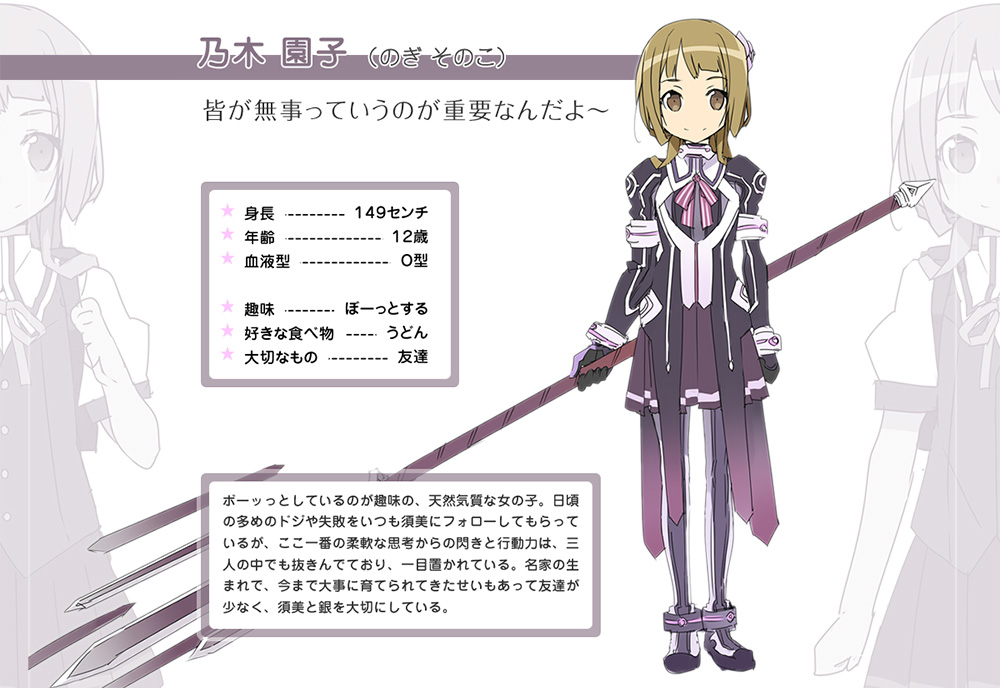 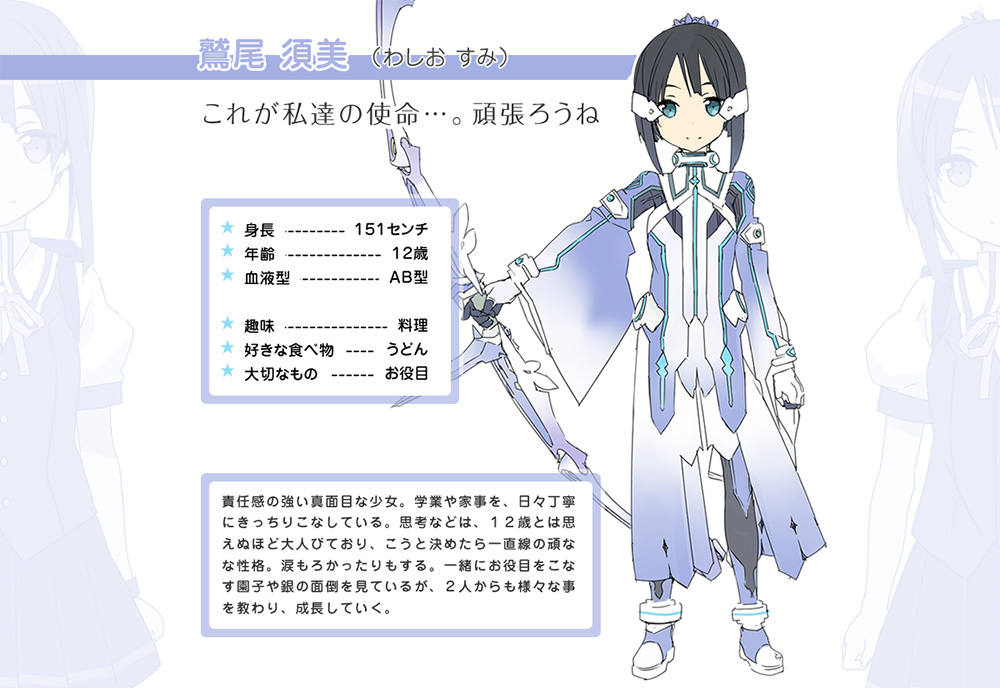 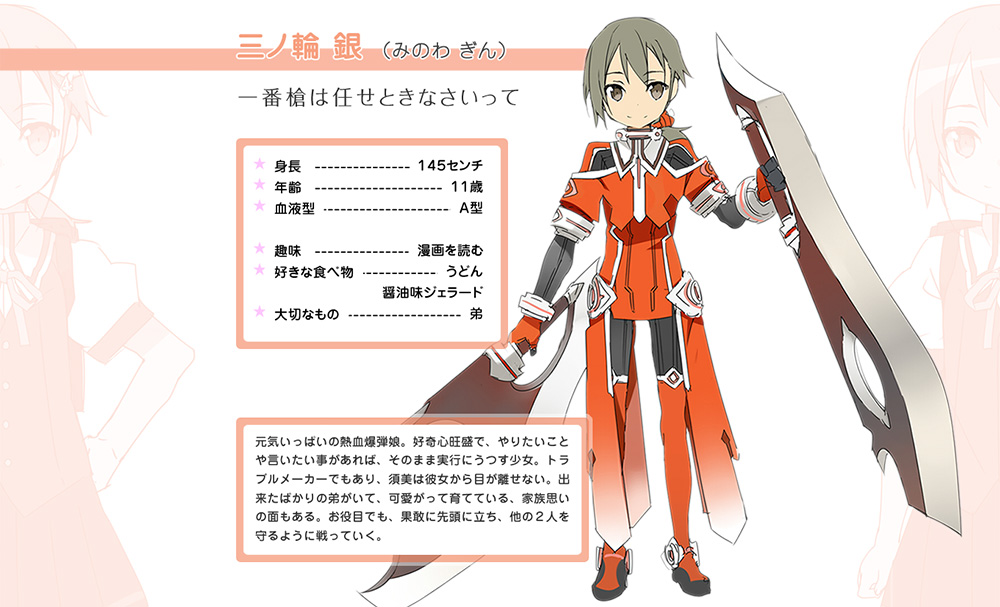 Here is a synopsis of the anime from Anime News Network: 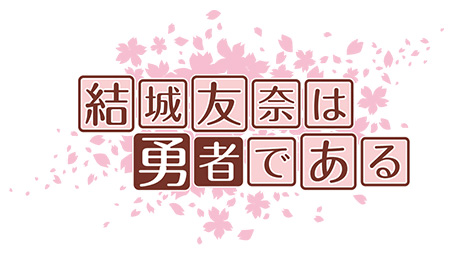 The Yuuki Yuuna wa Yuusha De Aru anime will be airing this October during the Fall/Autumn 2014 anime season. More information on the series will release in the upcoming weeks.