The most recent issue of Shueisha’s V Jump magazine has revealed the first visual for the upcoming story arc of the Dragon Ball Super (Dragon Ball Chou) anime. 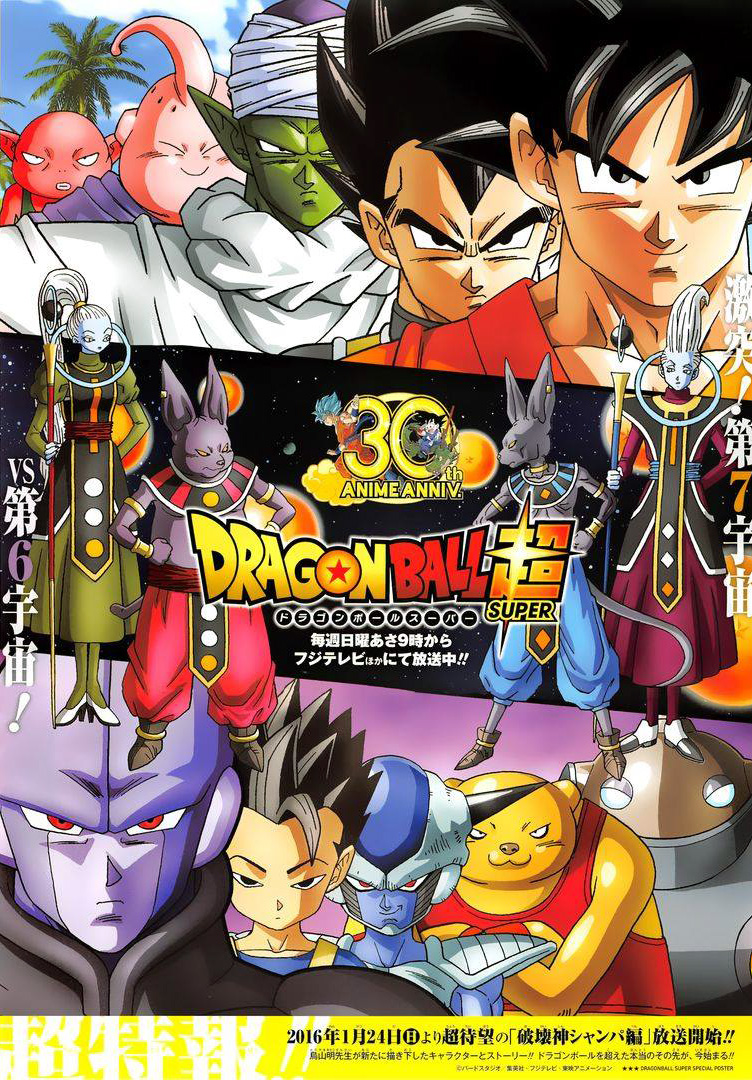 The visual itself is for the anime’s next arc, the Champa arc. The arc will be focusing on the God of Destruction Champa, the twin brother of Beerus. The arc itself began in the 5th chapter of the Dragon Ball Super manga and will be animated from episode 27.

The Champa arc of Dragon Ball Super (Dragon Ball Chou) will start from the 27th episode of the anime, airing next year in mid January. The anime is currently airing on Fuji TV every Sunday at 9:00am JST for a total of 100 episodes.