The most recent issue of Kodansha’s Weekly Shonen Magazine has revealed that a second season of the anime adaptation of Yuji Terajima’s Ace of Diamond (Daiya no A/Diamond no Ace) ongoing manga is currently in production and will be airing this April. 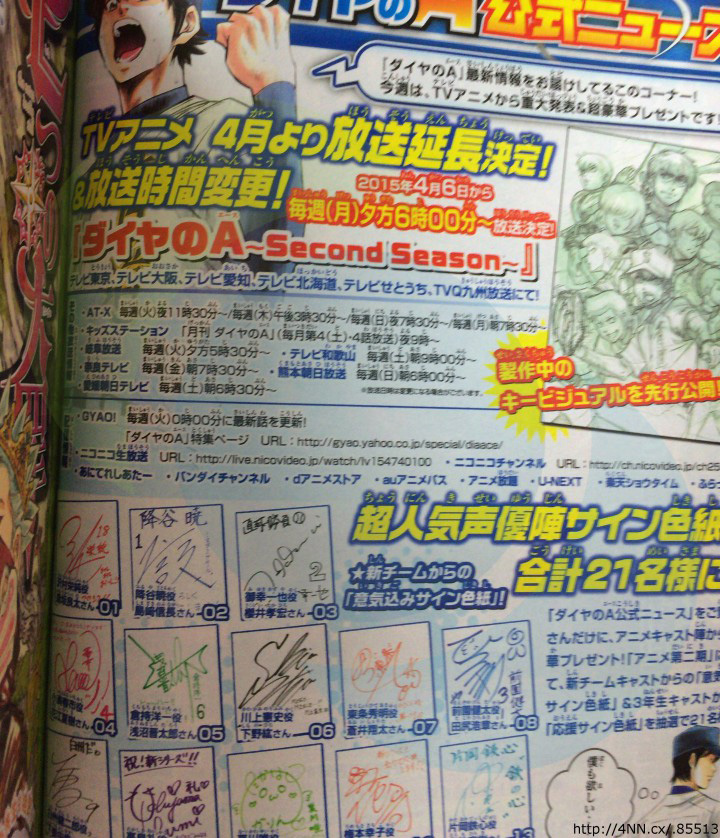 The anime will be aptly titled Ace of Diamond: Second Season. The anime itself will be broadcasting from April 6th at 6:00pm JST on TV Tokyo, TV Osaka, TV Aichi, TV Hokkaido, TV Setouchi, and TVQ Kyushu. The anime’s first season, which is still currently ongoing, will end on March 29 this year for a total of 75 episodes.

Ace of Diamond (Daiya no A/Diamond no Ace) is an ongoing baseball sports manga written and illustrated by Yuji Terajima. The series began in 2006 being published in Kodansha’s Weekly Shonen Magazine. To date a total of 45 volumes have been compiled, with the 46th volume releasing on March 17th. An anime adaptation of the series was produced in 2013 and will run for a total of 75 episodes ending on March 29 this year. It was produced by both Madhouse (Death Note, No Game No Life) and Production I.G. (Kuroko’s Basketball, Psycho-Pass) and directed by Mitsuyuki Masuhara (Shirokuma Cafe, Chi’s Sweet Home).

The story follows Eijun Sawamura, a pitcher who joins an elite school with a brilliant catcher named Kazuya Miyuki. Together with the rest of the team, they strive for Japan’s storied Koushien championships through hard work and determination. 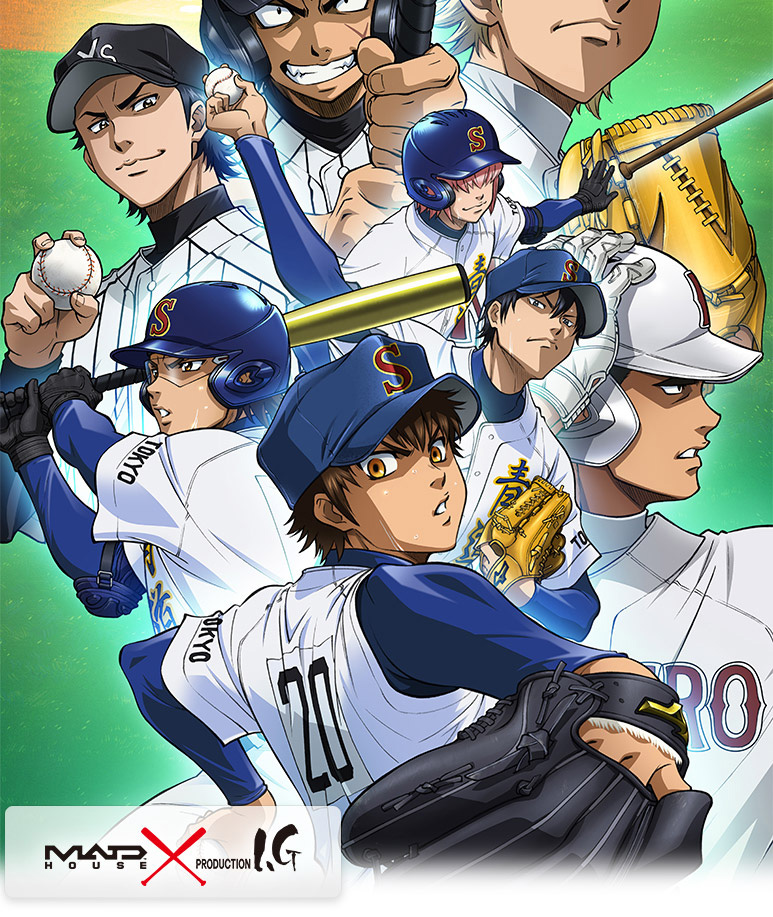