The recent issue of of Newtype magazine has revealed a brand new visual for the upcoming second cour of the Aldnoah.Zero anime ahead of its January 10th broadcast. 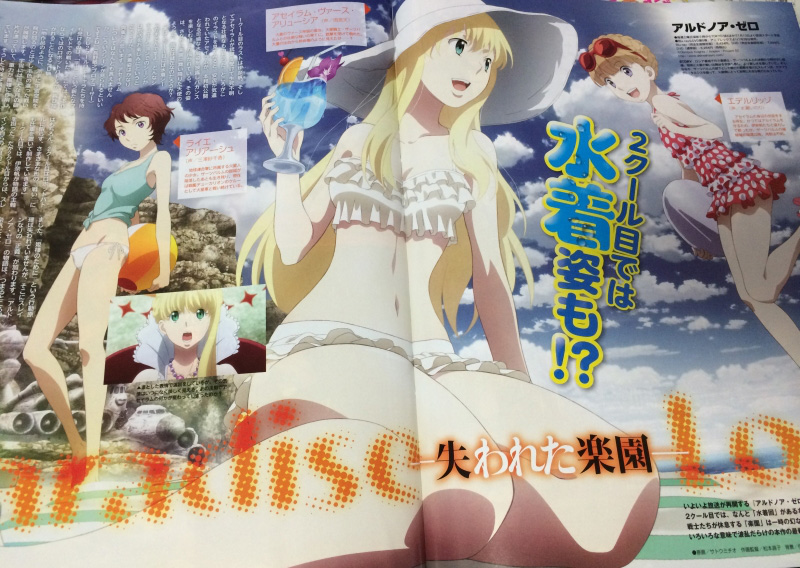 The new visual features Asseylum Vers Allusia, Eddelrittuo and Rayet Areash in their summer bikini attire at the beach having a good time, if you disregard the wreckage to the left. A total of 4 other visuals have been released for the anime’s second cour so far:

Here is the second promotional video for the anime, which also recaps the final episode of the first anime:

Aldnoah Zero is an original series created by Gen Urobuchi, the writer of the Fate/Zero light novels and anime, and Mahou Shoujo Madoka★Magica. The anime is directed by Ei Aoki who directed the Fate/Zero anime – teaming up with Urobuchi once again. The series is written by the “Olympus Knights”, a group of writers from Nitro+ (known for their science adventure visual novels) that is helmed by Urobuchi. Katsuhiko Takayama (Mirai Nikki) is the series composer, managing the flow and story of the series. The character concepts are done by Masako Matsumoto (Naruto Shippuden) and the final character designs from Takako Shimura (Aoi Hana). The series features mechs designed by I-IV and Kenji Teraoka (Ghost in the Shell: Stand Alone Complex), and the music is composed by Hiroyuki Sawano (Attack on Titan). The series is produced by A-1 Pictures (Sword Art Online, Fairy Tail) and studio TROYCA (new studio opened by Aoki). The first series had a total of 12 episodes and was earlier confirmed to be a split cour. 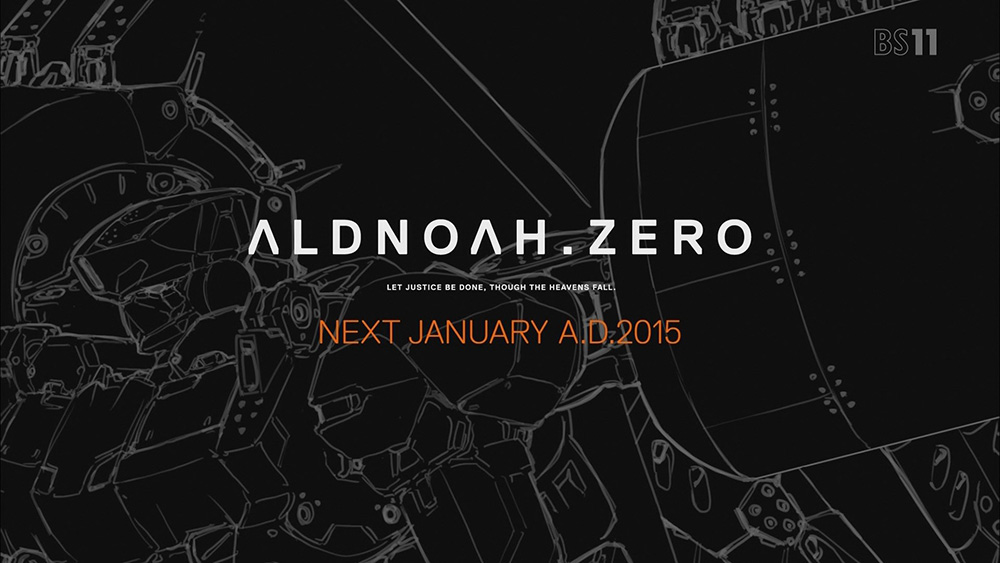 Aldnoah.Zero will be airing from January 10th on Tokyo MX at midnight, during the Winter 2014/2015 anime season. Further information about the second cour of the anime will also be revealed soon.