In celebration for the 10th anniversary of the Aquarion franchise, a third season of the anime has been revealed. The new anime will be titled Aquarion Logos and will be airing this July. In addition, first visual, main cast, staff and first promotional video were also revealed on the anime’s official website. 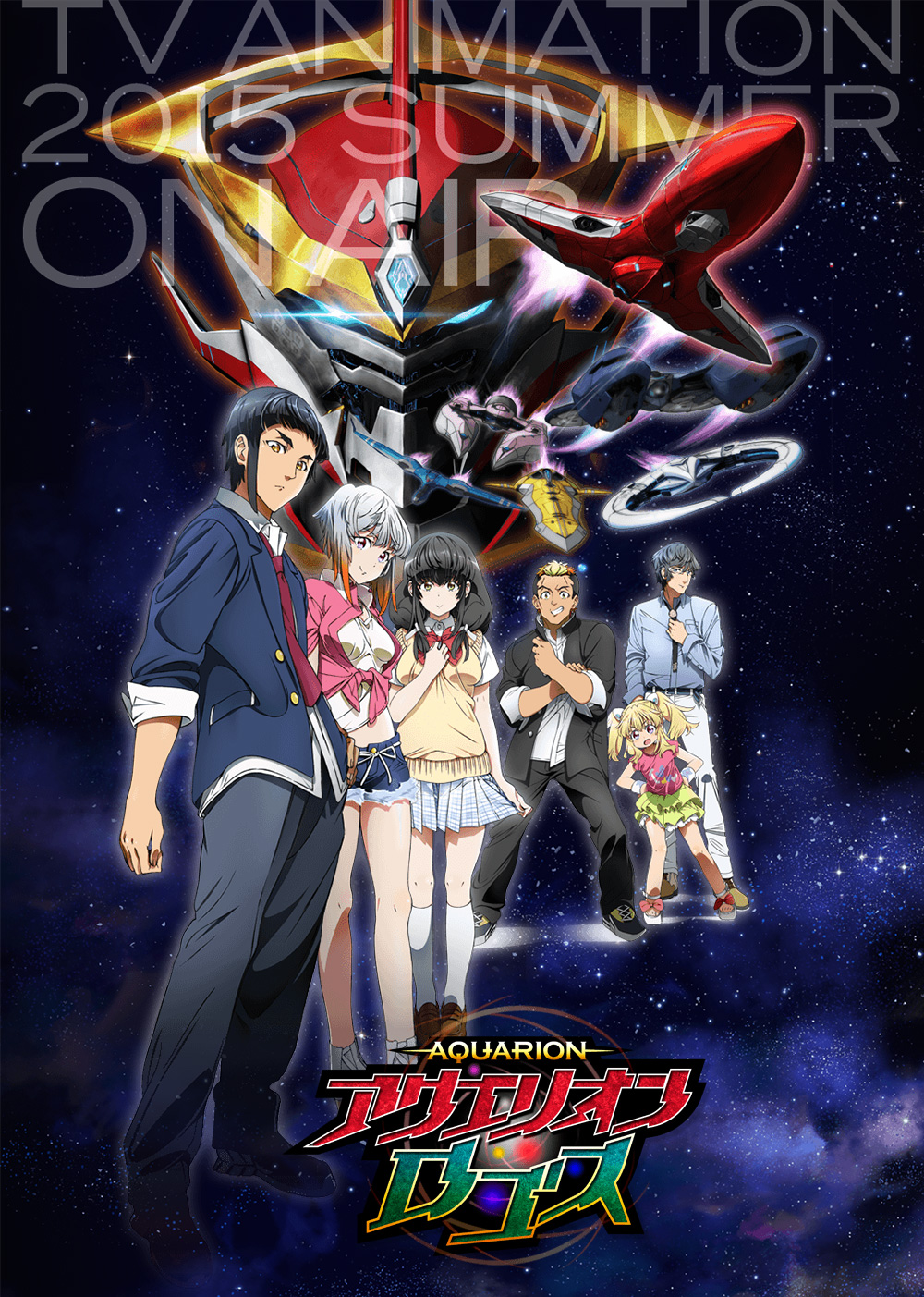 Aquarion Logos will be the third anime series and will feature a brand new cast of characters. The main cast have already been revealed and includes: 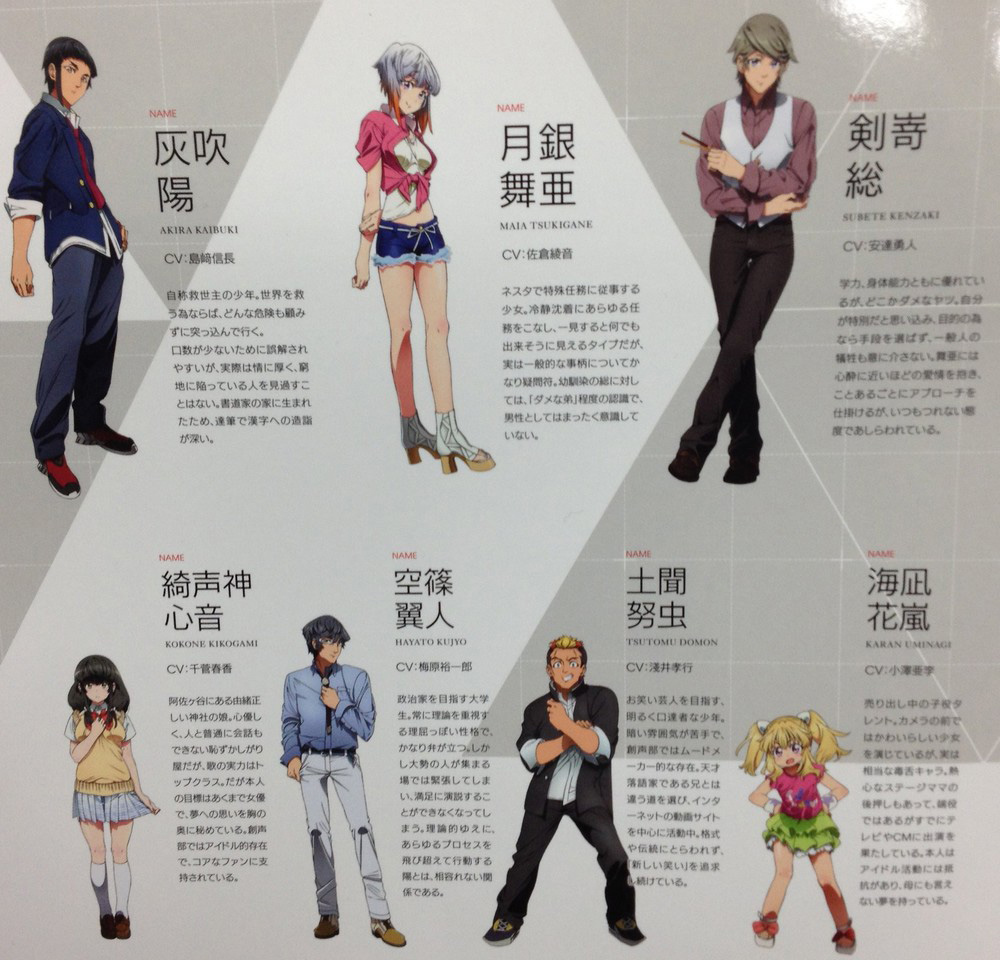 The full staff of the anime has also been revealed and consists of:

The performers of the main theme songs were also revealed to be Japanese Singer May’n and voice actress Haruka Chisuga, who will sing the Opening and Ending themes respectively.

Here is the first promotional video for Aquarion Logos was also revealed:

In addition, an OVA of the previous Sousei no Aquarion anime was also announced, as Sousei no Aquarion Love. The OVA itself will be a spin-off and feature characters from both anime seasons. It will be shown at a screening event on June 28 this year. Here is the announcement video:

Sousei no Aquarion (Genesis of Aquarion) is an original mecha anime series created by Shoji Kawamori, who also created Macross 7. The series aired in 2005 for a total of 26 episodes and was directed by Kawamori himself with studio Satelight (Log Horizon, White Album 2) animating the series. A sequel series titled Aquarion Evol was produced and broadcasted in 2012 with the same staff but following a new cast of characters. The second season also spawned a manga and light novel adaptation.

Here is the synopsis of the original anime:

In a distant future, humanity once again is facing the threat of the “Shadow Angels.” Mystical creatures who returned after 12,000 years of absence. They attack human cities and kidnap their inhabitants in order to drain their “prana” (vital energy). To fight against them, youngsters with special powers from around the world were gathered and trained to pilot the “vector machines,” three ancient ships that together form mankind’s ultimate weapon, “Aquarion.” The story revolves mainly around Apollo, a teenager rumored as the reincarnation of Apolonius, a fallen angel who fought against his own kind to protect mankind. Few believe it could be true, but the fact is that despite his untamed and reckless nature, he proved to be an invaluable asset in the battle against the Shadow Angels. 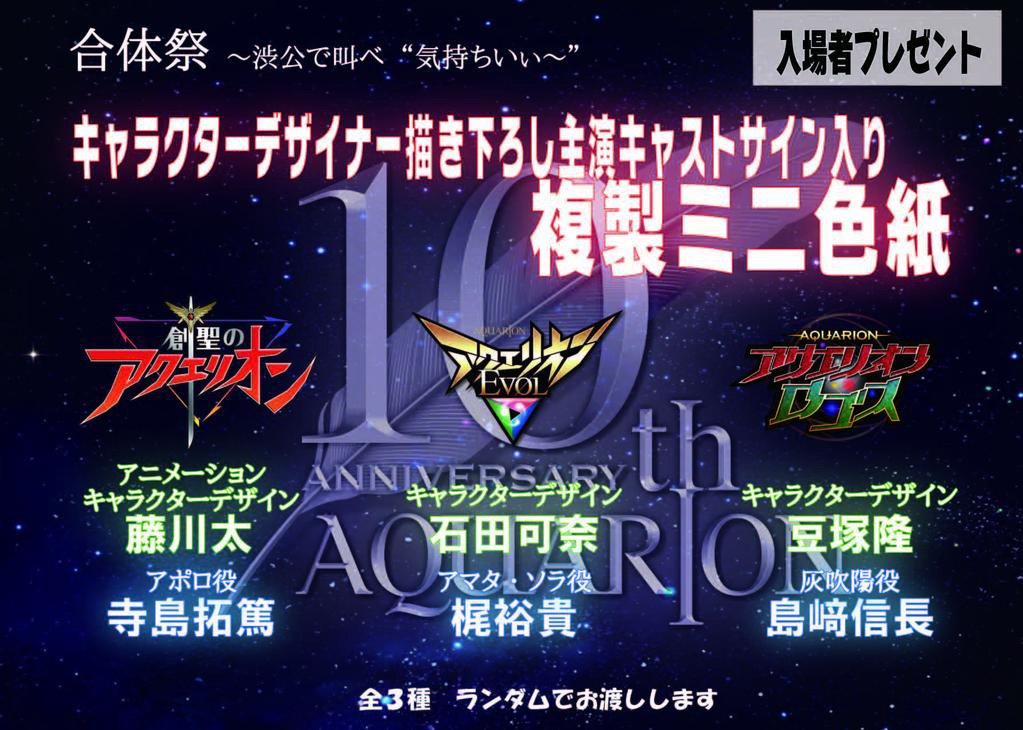 The third season of Aquarion, Aquarion Logos, will be airing this July during the Summer 2015 anime season. Further information about the series will be revealed in the upcoming weeks.