The fourth commercial has been released for the upcoming anime adaptation of Hiromu Arakawa’s manga adaptation of Yoshiki Tanaka and Yoshitaka Amano’s Arslan Senki (The Heroic Legend of Arslan) novel series. The commercial introduces two new characters appearing in the anime and their respective cast members: Kenn (Akihito Kanbara in Kyoukai no Kanata) as Gieve and Maaya Sakamoto (Motoko Kusanagi in Ghost in the Shell) as Falangies. The anime itself will be directed by Noriyuki Abe (Black Butler: Book of Circus, Bleach) and produced by Liden Films (Miss Monochrome, Terra Formars) and Sanzigen Animation Studio (Miss Monochrome, Aoki Hagane no Arpeggio). The main cast includes Yuusuke Kobayashi (Kazuki Kurebayashi in Selector Infected WIXOSS) as Arslan and Yoshimasa Hosoya (Junpei Hyuuga in Kuroko’s Basketball) as Daryun. 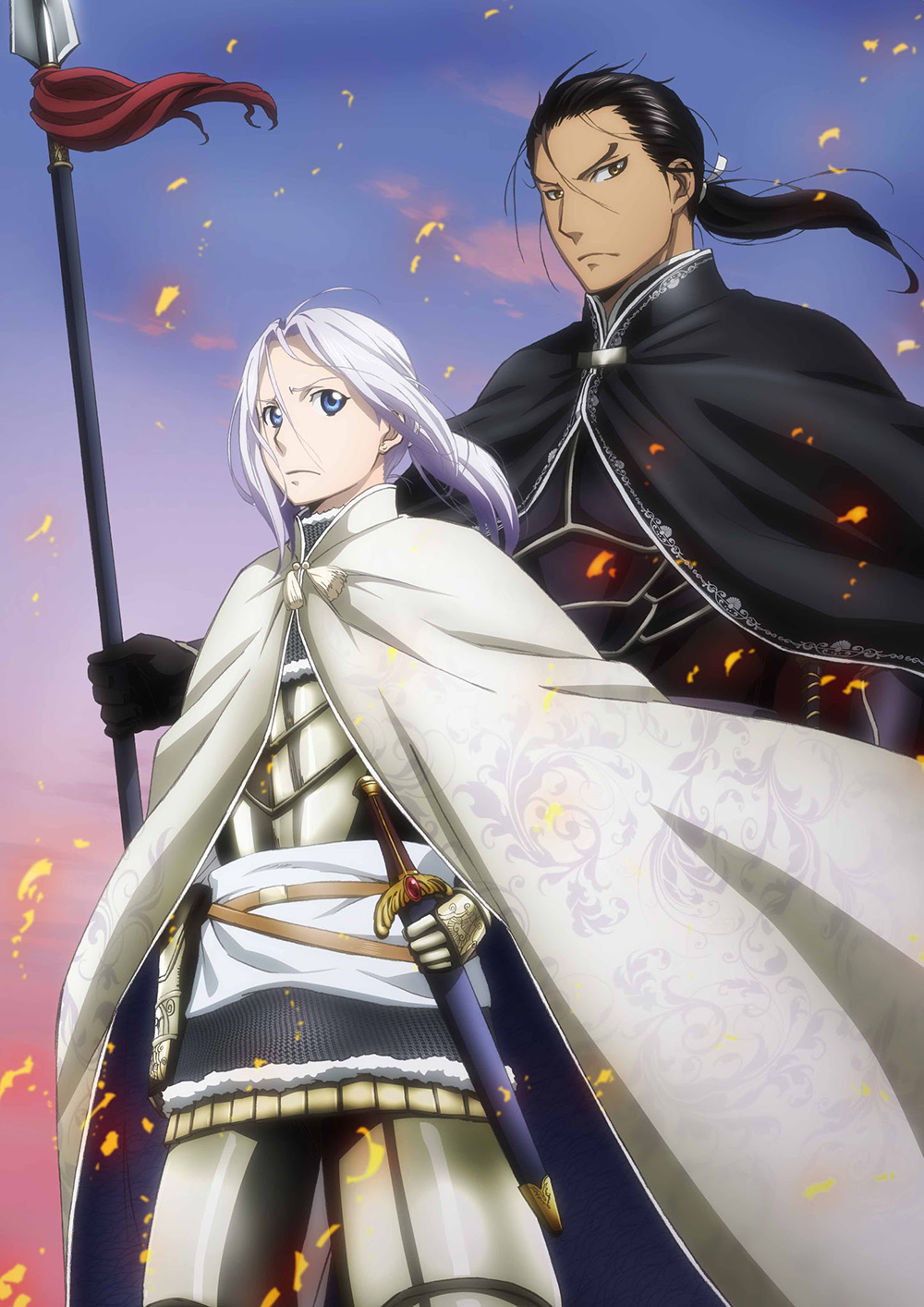