At the recent Toho Cinemas Roppongi Hills stage event for the live action film adaptation of Yusei Matsui’s Assassination Classroom (Ansatsu Kyoushitsu), the staff of the film have announced that there will be a sequel film. In addition, the staff have also announced that the anime adaptation will also be receiving a second season. 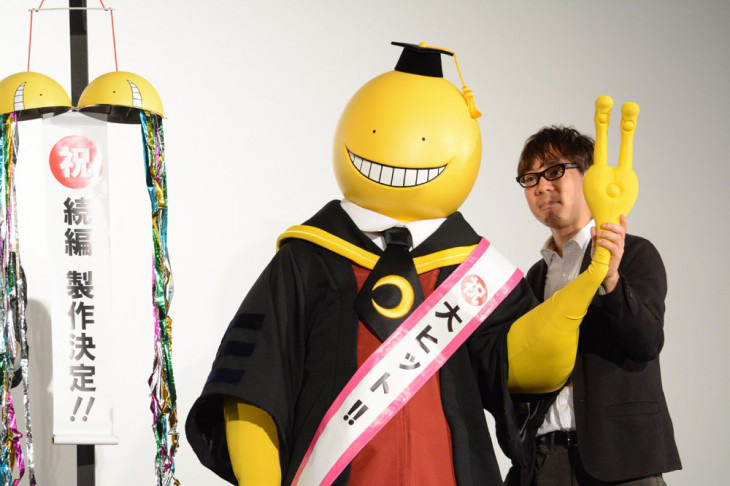 The sequel film already has a title and will be releasing in Japanese theatres next year, as Ansatsu Kyoushitsu~Sotsugyou-hen~ (Assassination Classroom ~Graduation Edition~). The first live action film of the series was produced and released in Japanese cinemas on March 21st earlier this year. The film was directed by Eiichirou Hasumi (Umizaru and Wild 7 Live Action Films) with Tatsuya Kanazawa (Lucky Seven, Saru Lock The Movie) writing the film’s script. 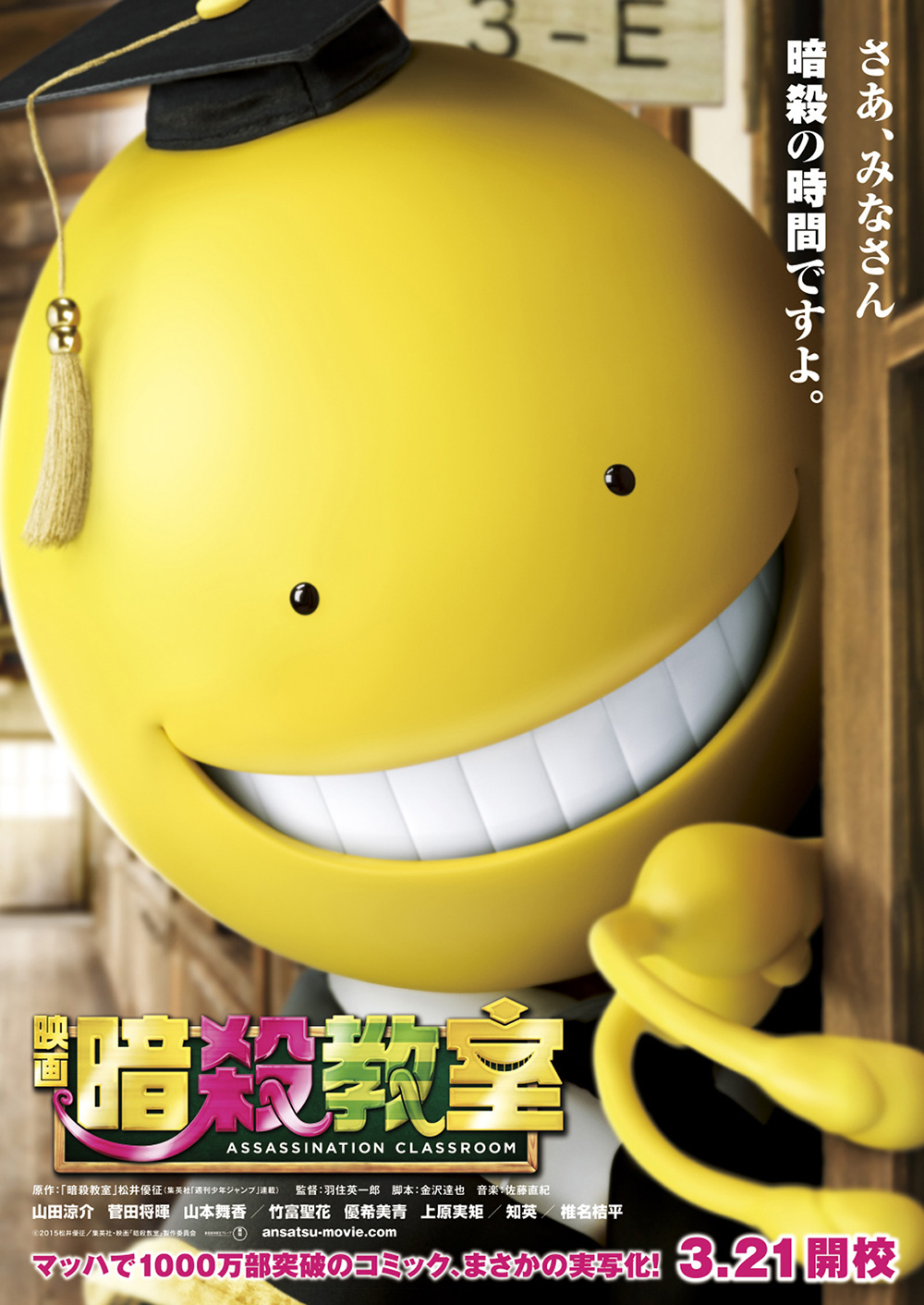 The first season of the anime is currently airing and is in its second and final cour. The series began in the Winter 2014/2015 anime season and will conclude at the end of this season.

And the staff producing the anime includes:

Assassination Classroom is a manga series from Yusei Matsui. The series began in 2012 in Shueisha’s Weekly Shonen Jump magazine, and was the 7th top-selling manga of 2013. To date, a total of 10 compiled volumes have been released and over 10 million copies have been sold. An OVA of the manga released late 2013. The manga received an anime adaptation that aired in the Winter 2014/2015 anime season, directed by  Seiji Kishi (Persona 4 The Animation, Angel Beats!) and produced by Lerche (Fate/Prototype, Unbreakable Machine-Doll). The anime is a 2 cour series and will end in the Spring 2015 anime season. The manga also received a live action film adaptation.

The sequel to the live action film, Assassination Classroom ~Graduation Edition~, will be released in Japanese theatres in 2016. Details about the anime’s second season are still scarce, so expect further information about the series in the upcoming months.