A brand new trailer and commercial has been released for the upcoming film in Masashi Kishimoto’s Naruto franchise, Boruto -Naruto the Movie-. This new vidoes gives us a visual preview of the movie and an overview of what the movie will be about. They also preview the main theme song of the film, Diver by Kana Boon. It has been revealed that Boruto Uzumaki will be voiced by Yuko Sanpei (Renton Thurston from Eureka Seven) and will star alongside Kokoro Kikuchi (Potpourri in Heartcatch Precure!) who plays Sarada Uchiha. The film is one of the first projects of the new generation in the Naruto Shin Jidai Kaimaku Project (Naruto’s New Era Opening Project), set after the final chapter in the Naruto manga. The film itself will be about the story of Boruto and Sarada.

Boruto -Naruto The Movie- will be releasing in Japanese theatres on August 7th.

And here is the new commercial:

Here is the first trailer of the movie:

Here is the new visual of the film:

And one of the previous visuals: 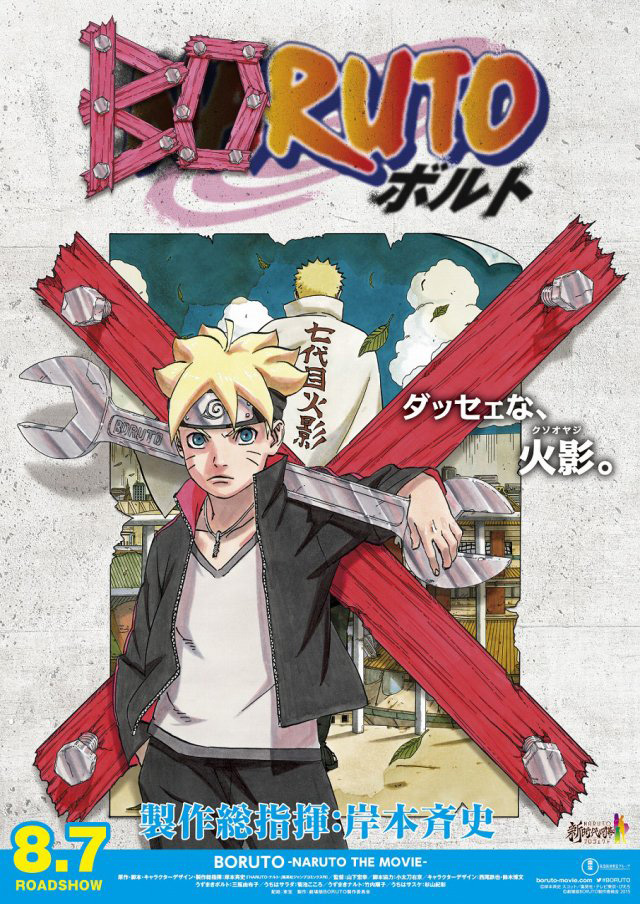