The official Death Parade anime website has revealed the preview video and synopsis for the 7th episode of the series, which will be airing on Saturday the 21st of February at 1:58am JST on NTV. There will not be any new characters this episode.

Kurokami no Onna, the dark hair woman always always came to the bar every night. She found a picture book after awakening from a dream in the Quindecim bar where she ask Decim about it where he was also puzzled about the book. He doesn’t even know the book existed and cited that perhaps it belonged to the previous arbiter of the bar and they left it here. At the same time some friends visited; Quin from the information processing section and Nona. Quin immediately began to drink some sake with Nona joining in and asked about how Decim is going… 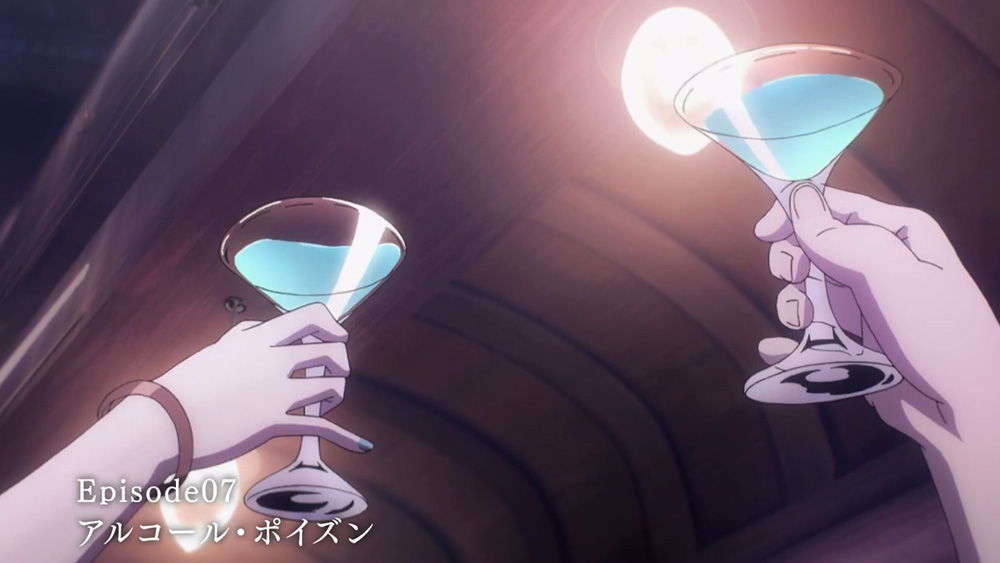