One of the interesting anime this season is the Gakkou Gurashi! (School-Live!) anime. Following the debut of the first episode, the sales of Norimitsu Kaihou and Sadoru Chiba’s Gakkou Gurashi! manga went through the roof, selling 10 times as much as the previous week. 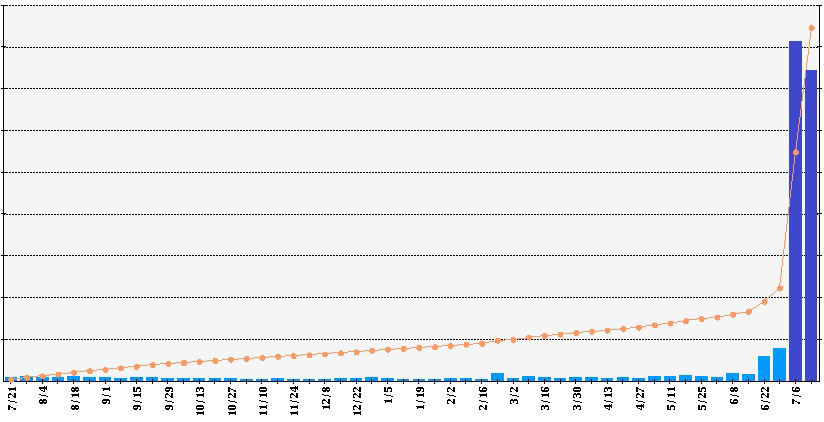 One of the main reasons for an anime adaptation is to promote and drive sales to the original source, whether it would be manga, light novel or visual novel. Japanese book distributor Nippon Shuppan Hanbai has reported that the sales of the Gakkou Gurashi! manga has increased 10 fold, 1000% of the previous week’s sales during the week of July 6, where the first episode was premiered. In addition, the first episode has been viewed more than 1.5 million times on Japanese video service Niconico.

The Gakkou Gurashi! TV anime is currently airing this season every Thursday at 11:30pm JST on Tokyo MX.