Japanese satellite network Wowow have announced that they will be broadcasting a total of 8 anime produced by Kyoto Animation in their Spring block, including The Melancholy of Haruhi Suzumiya just in time for the debut of The Disappearance of Nagato Yuki-Chan in April. 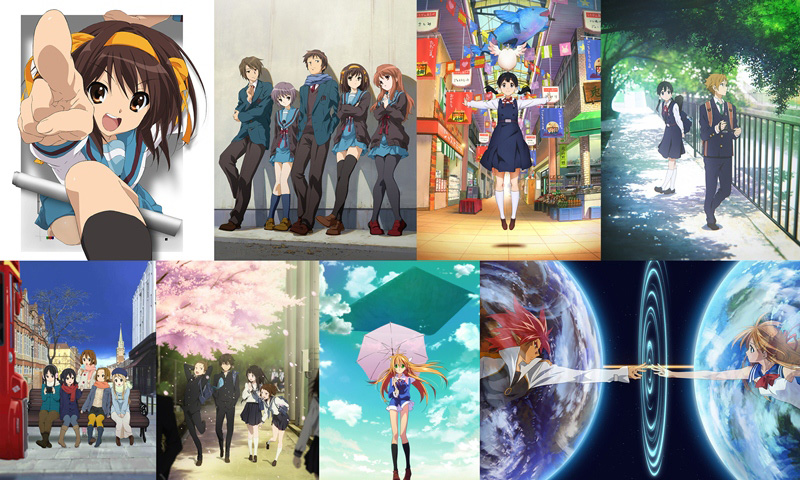 The broadcast will have all 28 episodes of the Haruhi anime, both seasons. Including that, the other anime that will be broadcasted includes:

The Melancholy of Haruhi Suzumiya will be the first anime to be broadcasted in March, followed by The Disappearance of Haruhi Suzumiya film. Hyouka will then air in late March and early April followed by the K-ON! movie. After that the network will show Sora wo Miageru Shoujo no Hitomi ni Utsuru Sekai and Tenjou-jin to Akuto-jin Saigo no Tatakai. The Tamako Market and, for the first time on TV, the Tamako Love Story movie will round out the Kyoto Animation broadcast on Wowow.

For more information about the broadcast visit: http://www.wowow.co.jp/anime/kyoto/