The official website of the anime adaptation of Ichiei Ishibumi and Miyama-Zero’s High School DxD light novel series has announced that the anime’s third season High School DxD BorN will be airing from April 4. Additionally, a new OVA has also been announced.

The latest issue of Fujimi Shobo’s Dragon Age magazine has revealed that the release of Ichiei Ishibumi’s High School DxD DX.2 light novel volume will come with a unaired episode of the upcoming anime titled The Phoenix That Can’t Rise. High School DxD DX itself is a collection of side stories to the original series. The volume itself will be releasing on December 9, whilst the first volume of High School DxD DX released earlier this week with its own unaired episode. 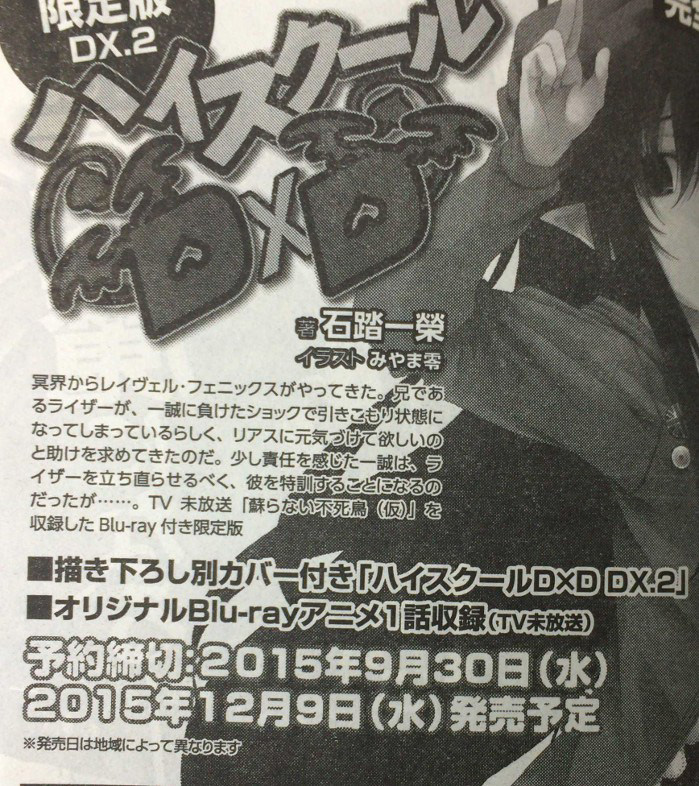 The anime’s website has earlier revealed the Opening theme song for the upcoming anime.Japanese female singer ChouCho will be performing the OP. The name of the song will be BLESS YoUr NAME and will be available in stores from April 15th. 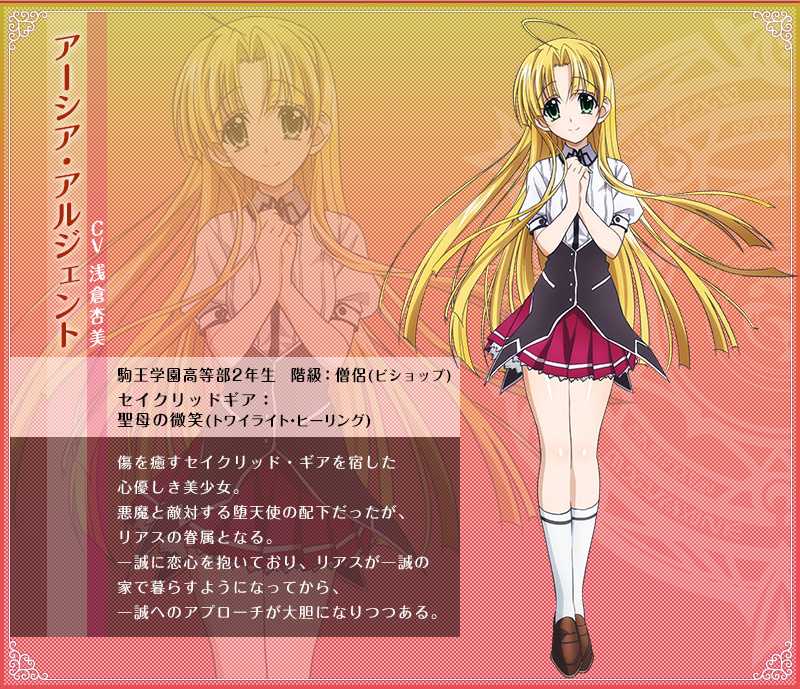 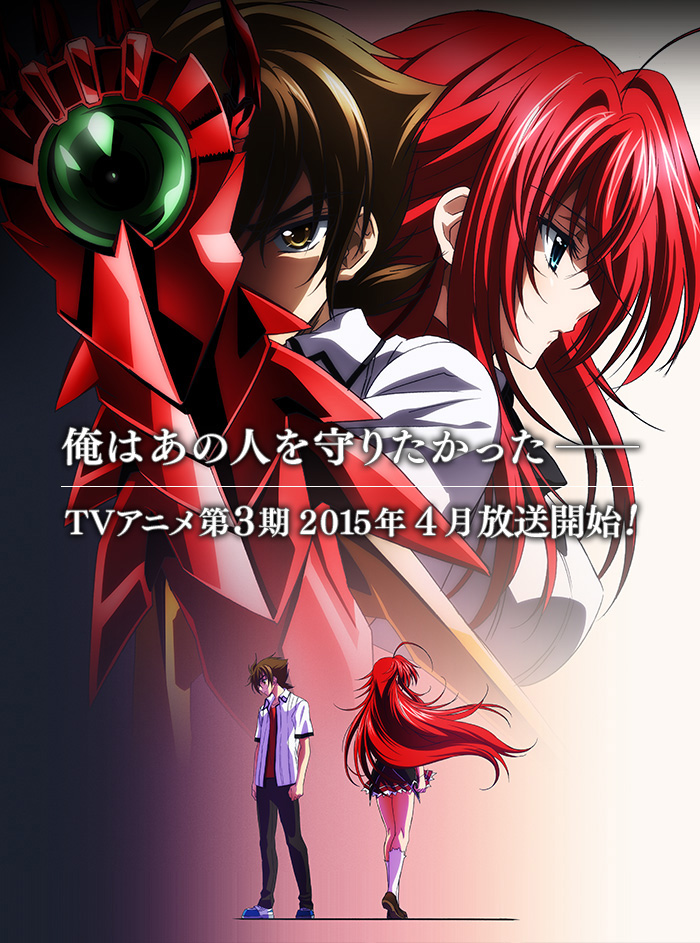 High School DxD BorN will be airing from April 4th at 11:00pm JST on AT-X during the Spring 2015 anime season. Further information about the series will revealed at the event, with an advanced screening of the anime, on March 23rd and in the upcoming weeks.