The latest issue of Famitsu magazine has revealed that the original squid girl, Ika Musume from Shinryaku! Ika Musume (Squid Girl), will be joining Nintendo’s newest game for the Wii U, Splatoon. 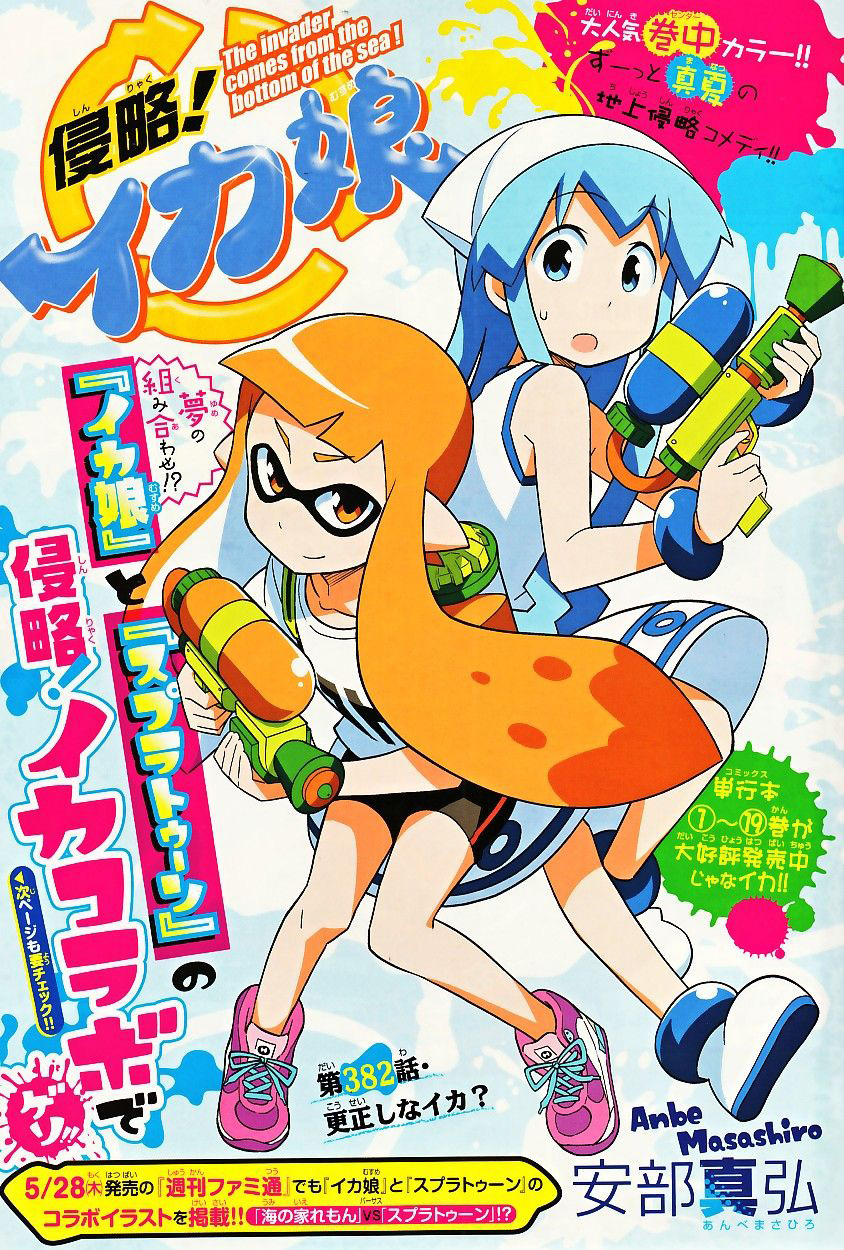 Players will be able to dress up as the first squid girl, Ika Musume from Shinryaku! Ika Musume, as she will be available as a costume. Her costume will be released as DLC in the near future for Japanese players of the game, though not confirmation if the costume will release outside of Japan. 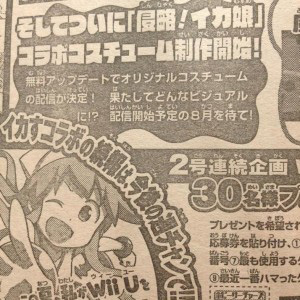 A collaboration between the two series were earlier revealed in previous issues of Famitsu magazine. A bunch of collaboration images have been produced to showcase this: 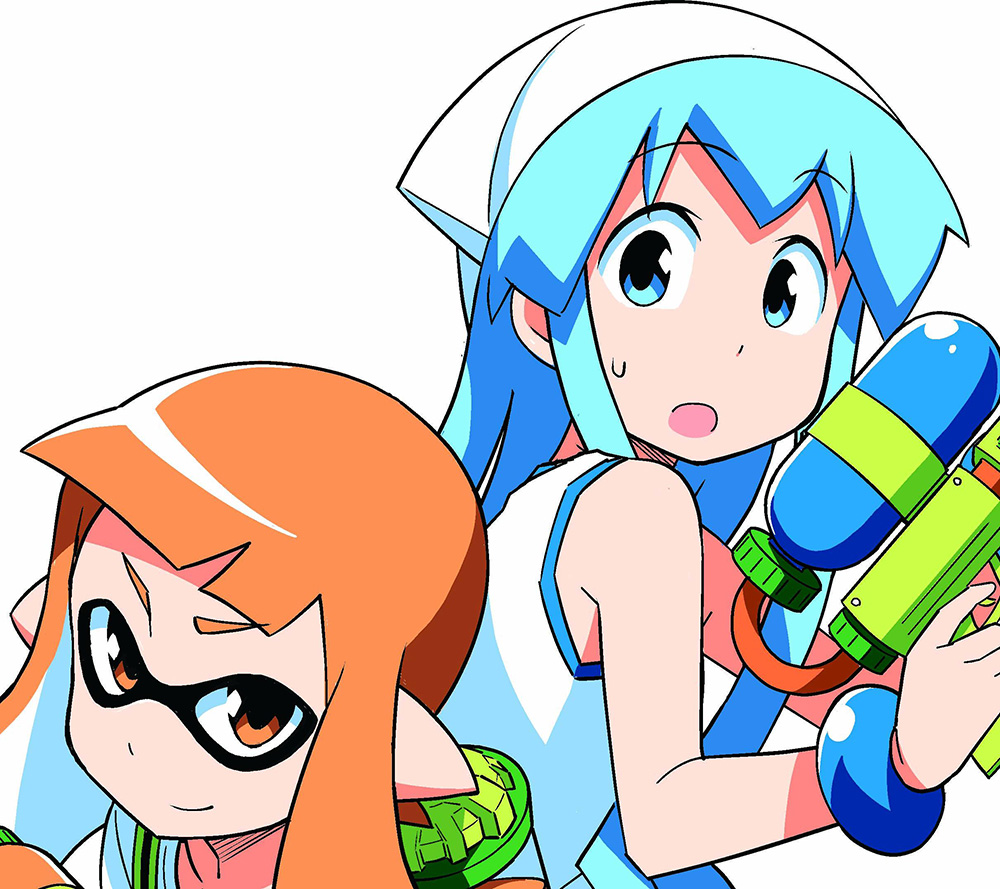 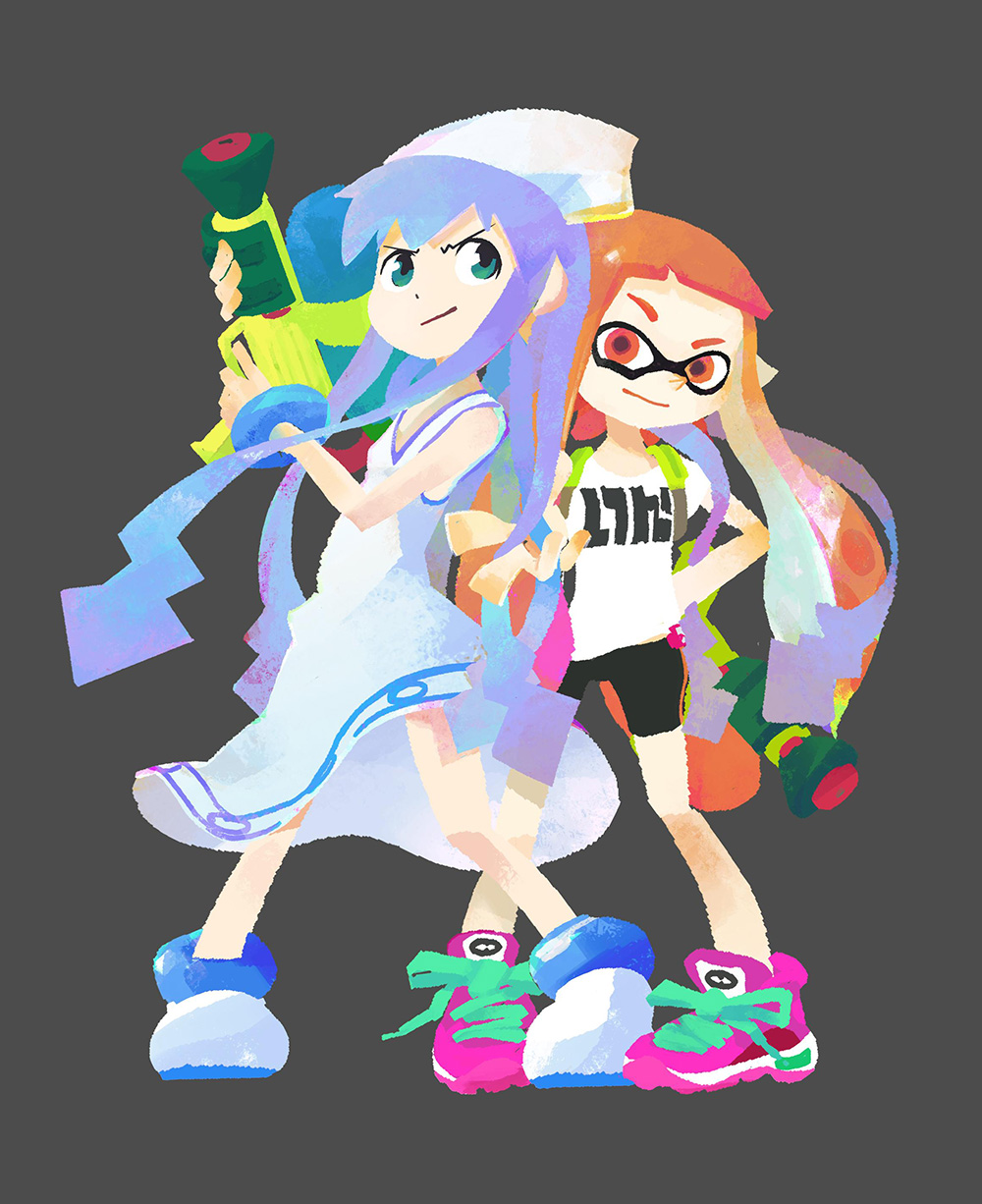 Shinryaku! Ika Musume (Squid Girl) is a Comedy, Slice of Life manga written and illustrated by Masahiro Anbe. The series began in 2007 under Akita Shoten’s Weekly Shounen Champion where a total of 17 volumes have been compiled and published. An anime adaptation of the manga was produced in 2010, directed by Tsutomu Mizushima (Another, Girls und Panzer) and produced by Diomedea (Noucome, Akuma no Riddle). The anime received a second season in the following year and an OVA series.

Splatoon is third person shooter developed and published by Nintendo for the Wii U, releasing worldwide in late May this year. The game revolves around players playing as Inklings, who have the ability to change between a human and squid form. Players have weapons that shoots ink that will cover areas of the map and damage enemy players. The ink will also allow players in squid form to travel very quickly if the ink is shot by friendly team members.

Here is the synopsis of Shinryaku! Ika Musume from MAL:

Foolish land-born air breathers! Behold the terror from the depths, the tentacled conqueror of humanity: Squid Girl! With your pollution and stuff you really deserve it, so prepare for menacing, inky doom!

Squid Girl has come from the depths of the sea to conquer humanity for its pollution of the ocean. Within moments of arriving on the surface world, our easily distracted, little invertebrate is promptly bullied into working for the Aizawa sisters as a waitress, supplying their restaurant with squid ink. If poor Squid Girl can’t handle two pushy Japanese girls, how will she ever subjugate the human race? 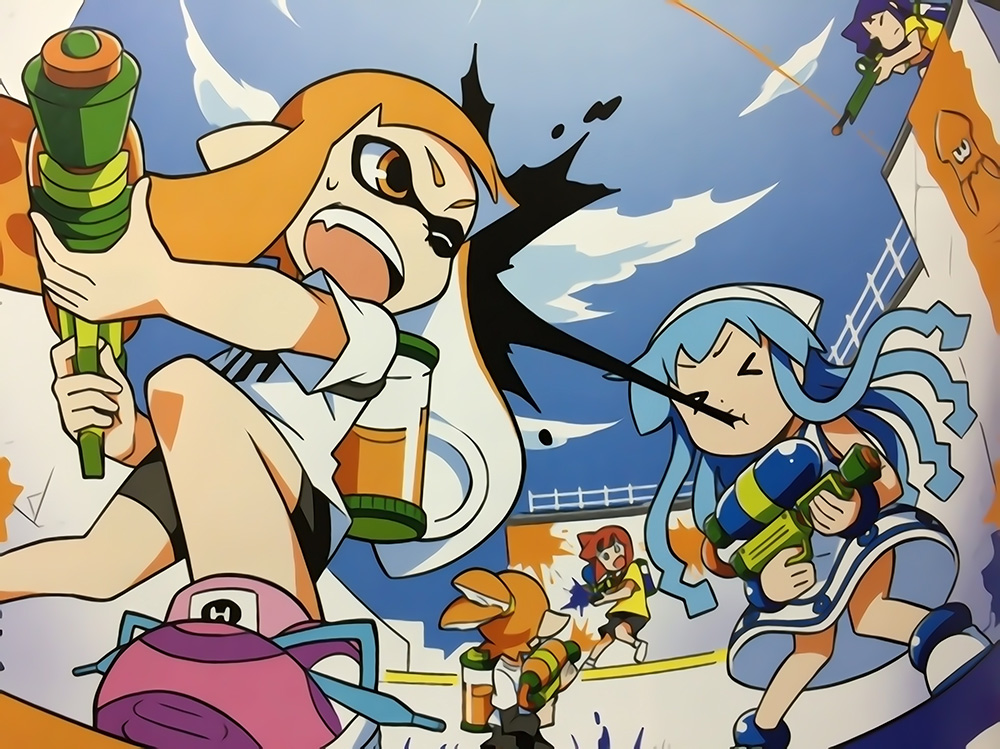 The Ika Musume costume DLC will be coming to the Japanese release of Splatoon in the near future. No date has been set for the DLC so far and no information whether it will release internationally for all players.

You can visit the game’s official website here: http://splatoon.nintendo.com/