The ultimate shounen fighter is here upon us, finally deciding battles that we all dreamed of.  J-Stars Victory VS+ is currently out now in European regions and out in North American regions tomorrow, for the PlayStation 4, PlayStation 3 and PlayStation Vita. But what is the game about?

The game is a crossover arena fighter between some of the most popular original manga and anime published in Weekly Shonen Jump and V Jump. The game was produced for the magazine’s 45th anniversary and 20th anniversary respectively, and is developed by Spike Chunsoft and published by Bandai Namco Games. There are over 30 playable characters and 10 support characters from series such as Dragon Ball, Naruto, Toriko, Medaka Box, YuYu Hakusho, Nisekoi and much more. It is a 3D arena fighting game where up to 4 players at a time can duke it out to become the best Shonen Jump character of all time. The main mode of the game is a 2v2 battle system where players can use combination attacks together to unleash the ultimate move. The game will support 2 players offline and 4 player online mayhem.

The international release of the game will have a new Arcade mode similar to any other fighting game. With all the crossovers, there is a story mode unique to the game combining all the characters and rivalries into one story. You will be able to visit many of the iconic locations from the various Shonen Jump series, such as Planet Namek, Alabasta and Konoha.

Bandai Namco Games have released a series of new gameplay and character trailers for the game over the past few weeks. These will give you a small glimpse into the combat of the game and what characters you can play as.

Here is a bunch of HD screenshots of the game: 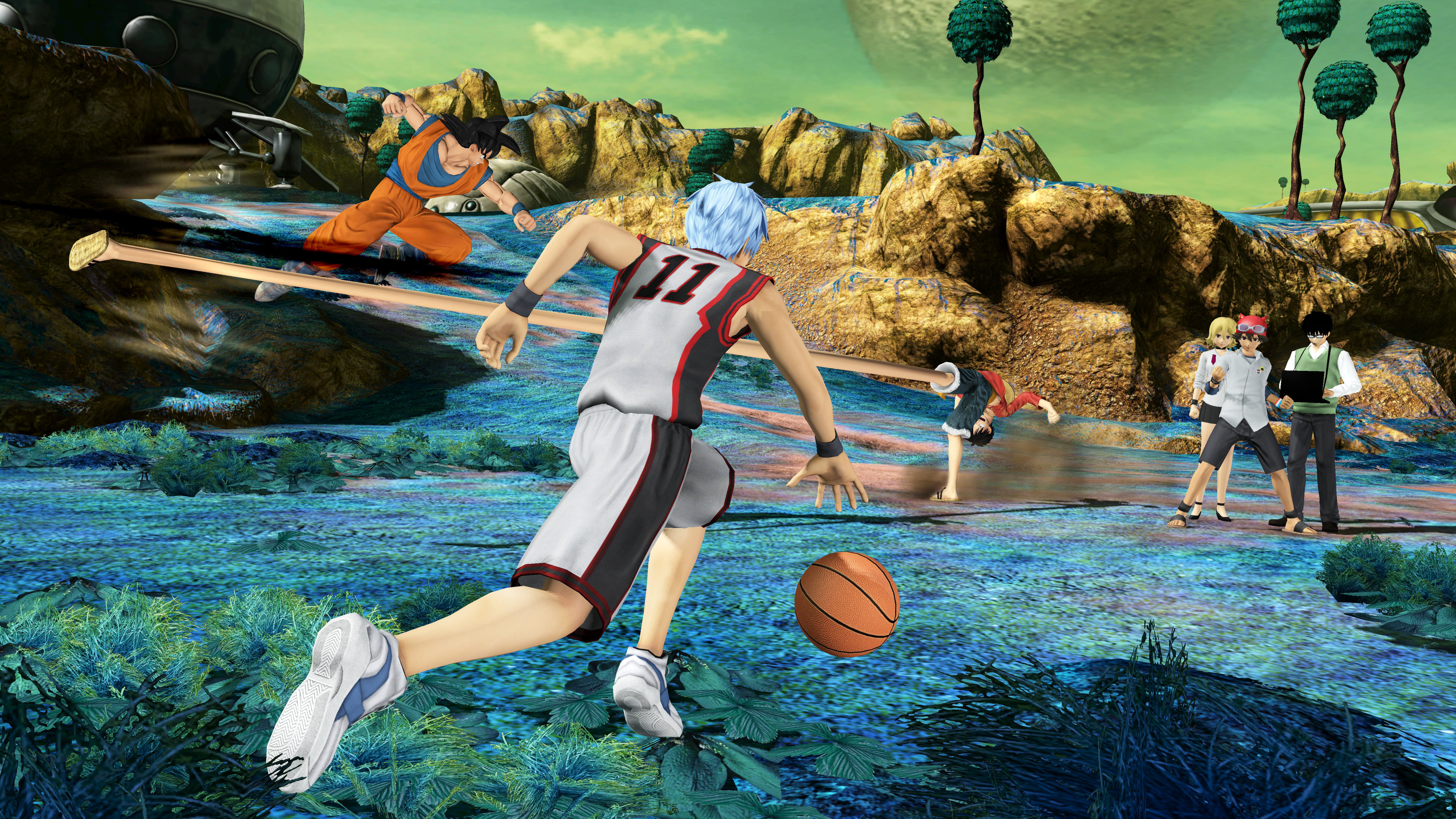 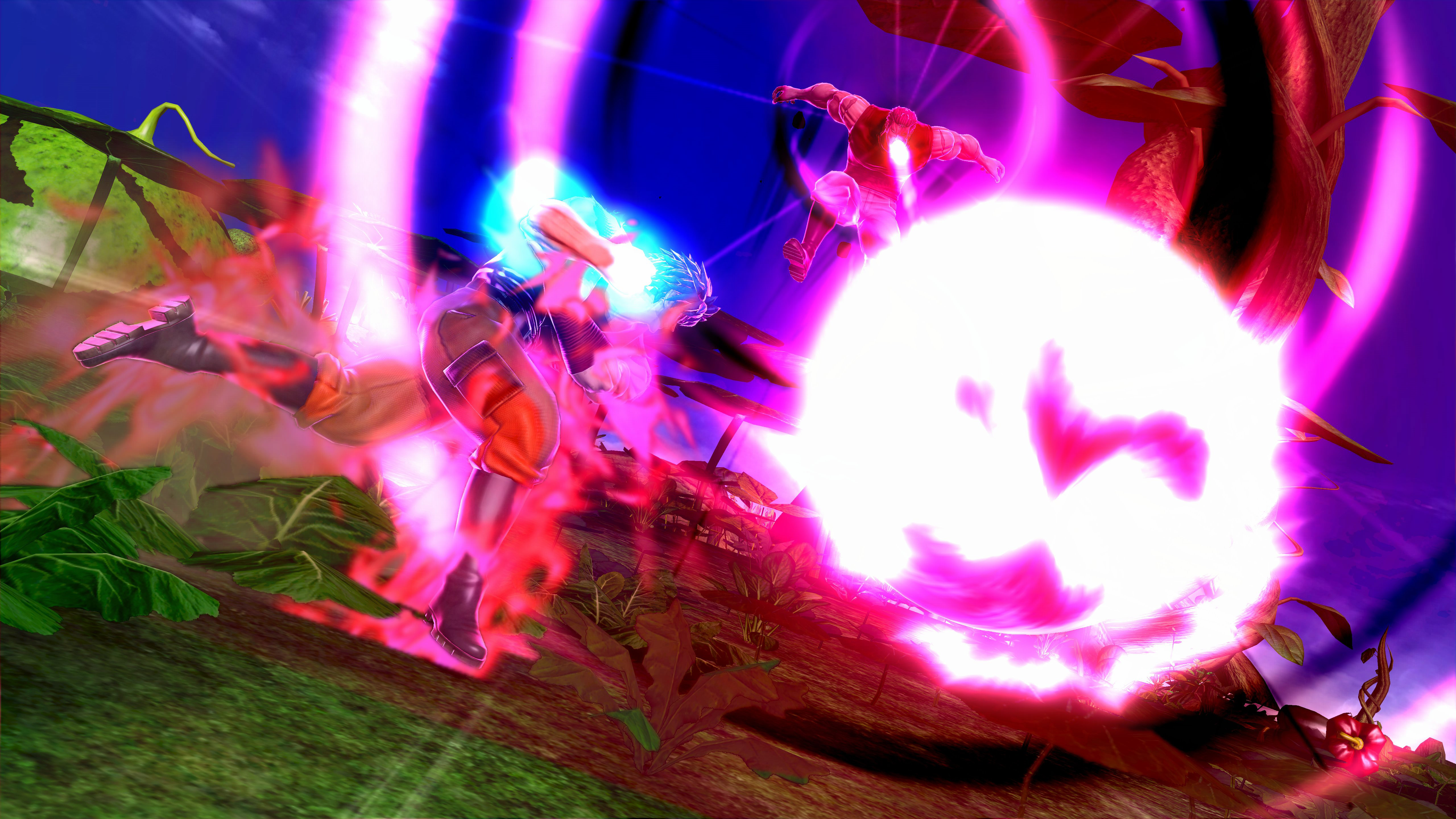 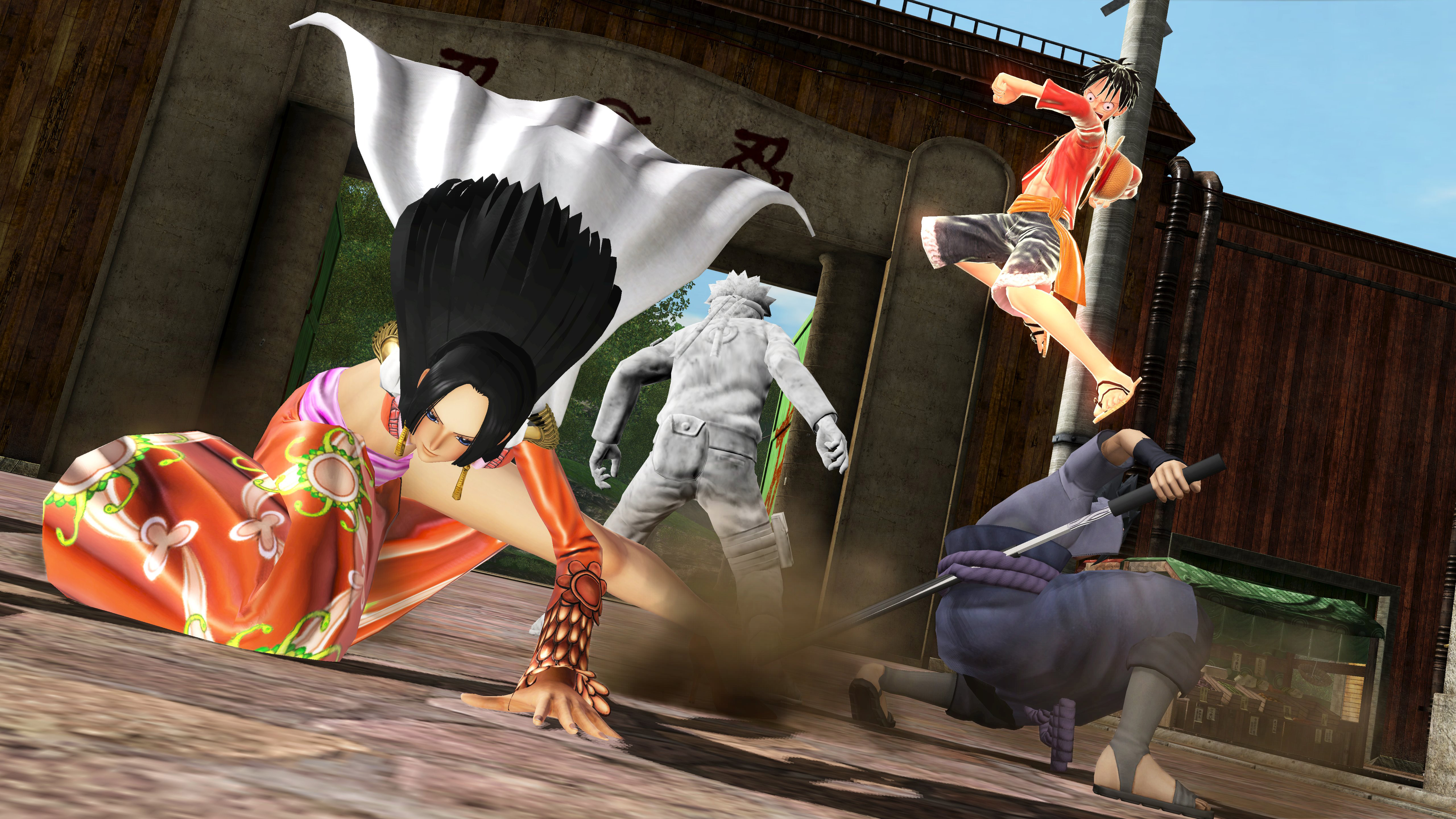 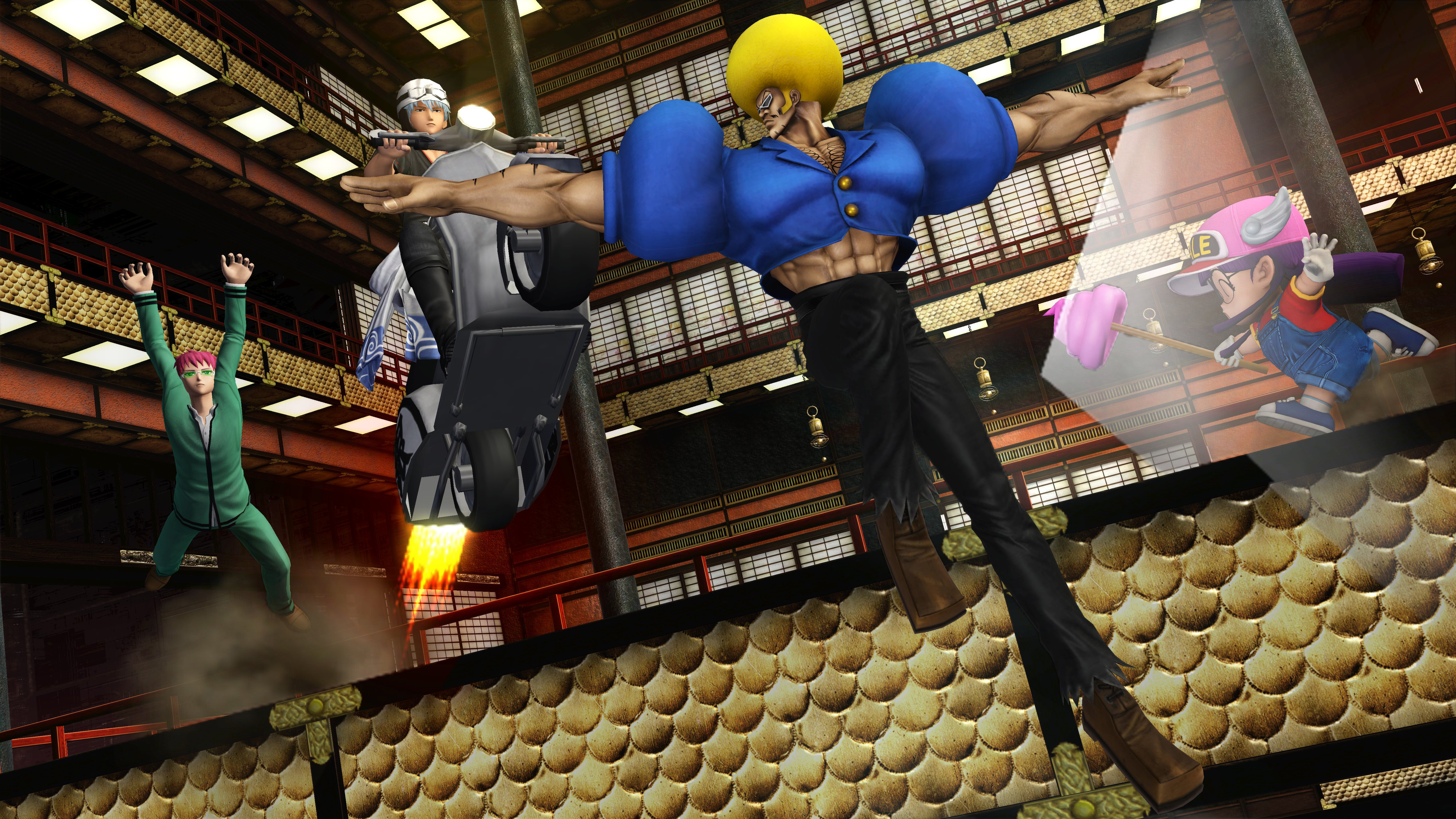 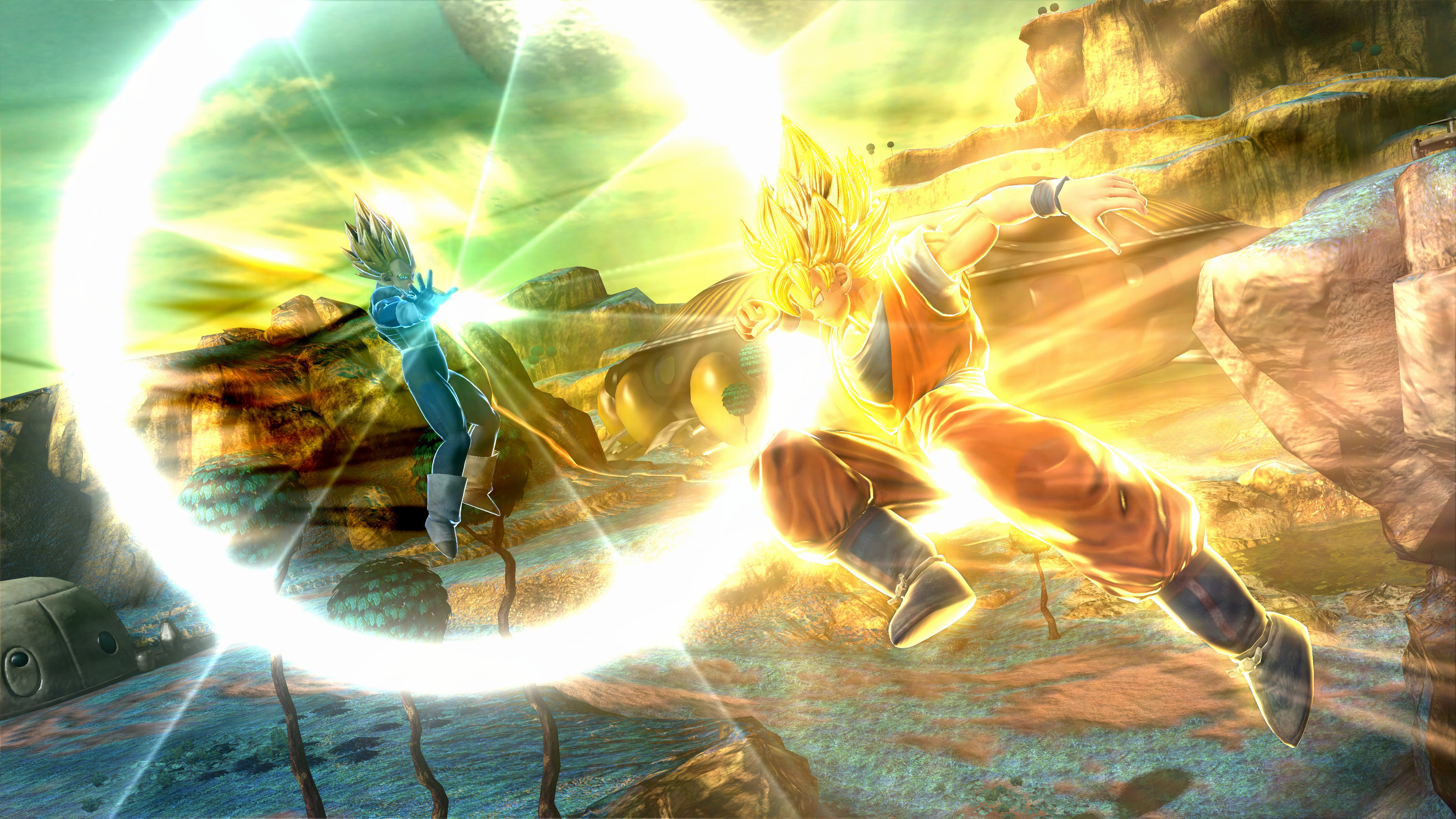 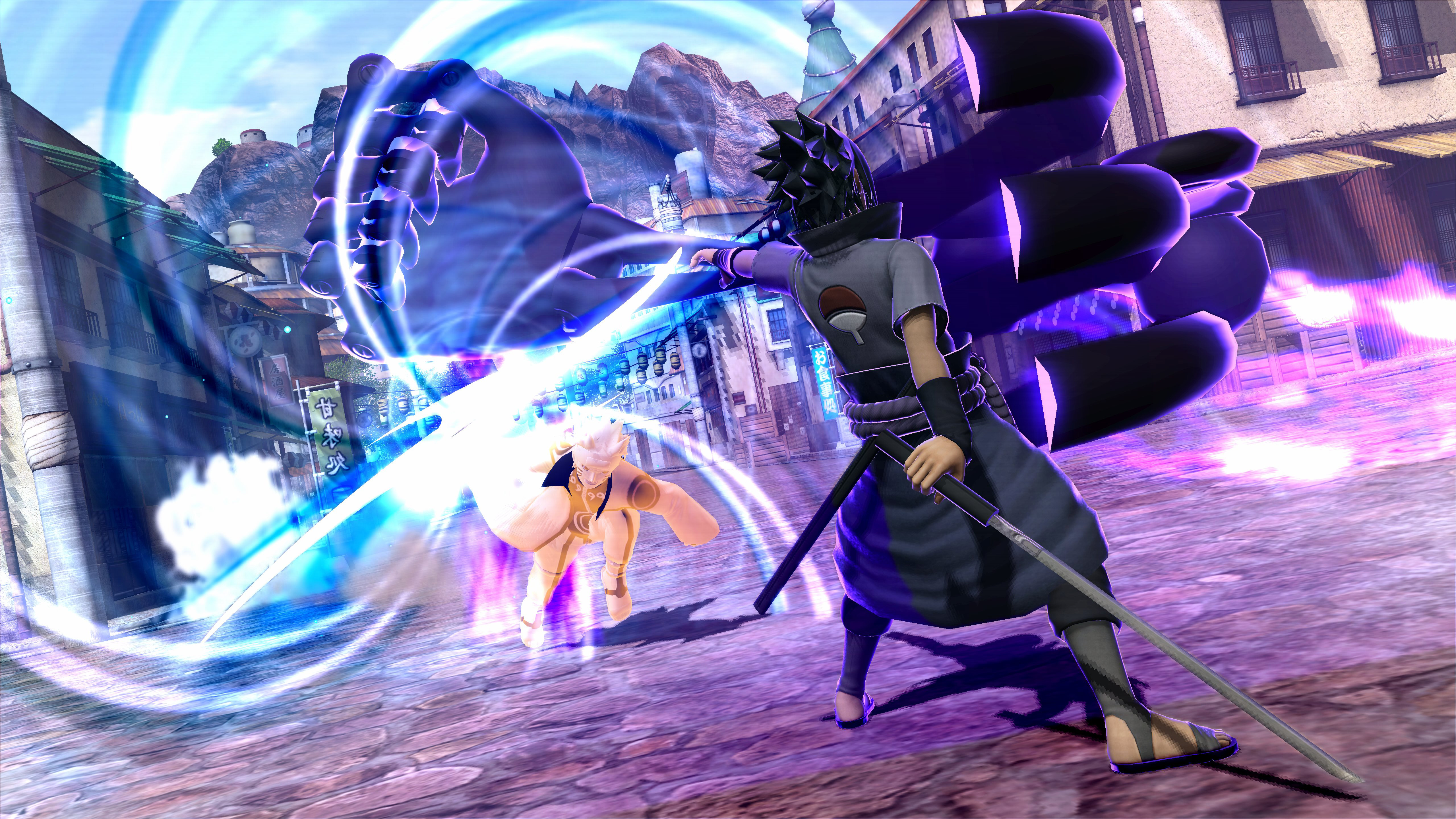 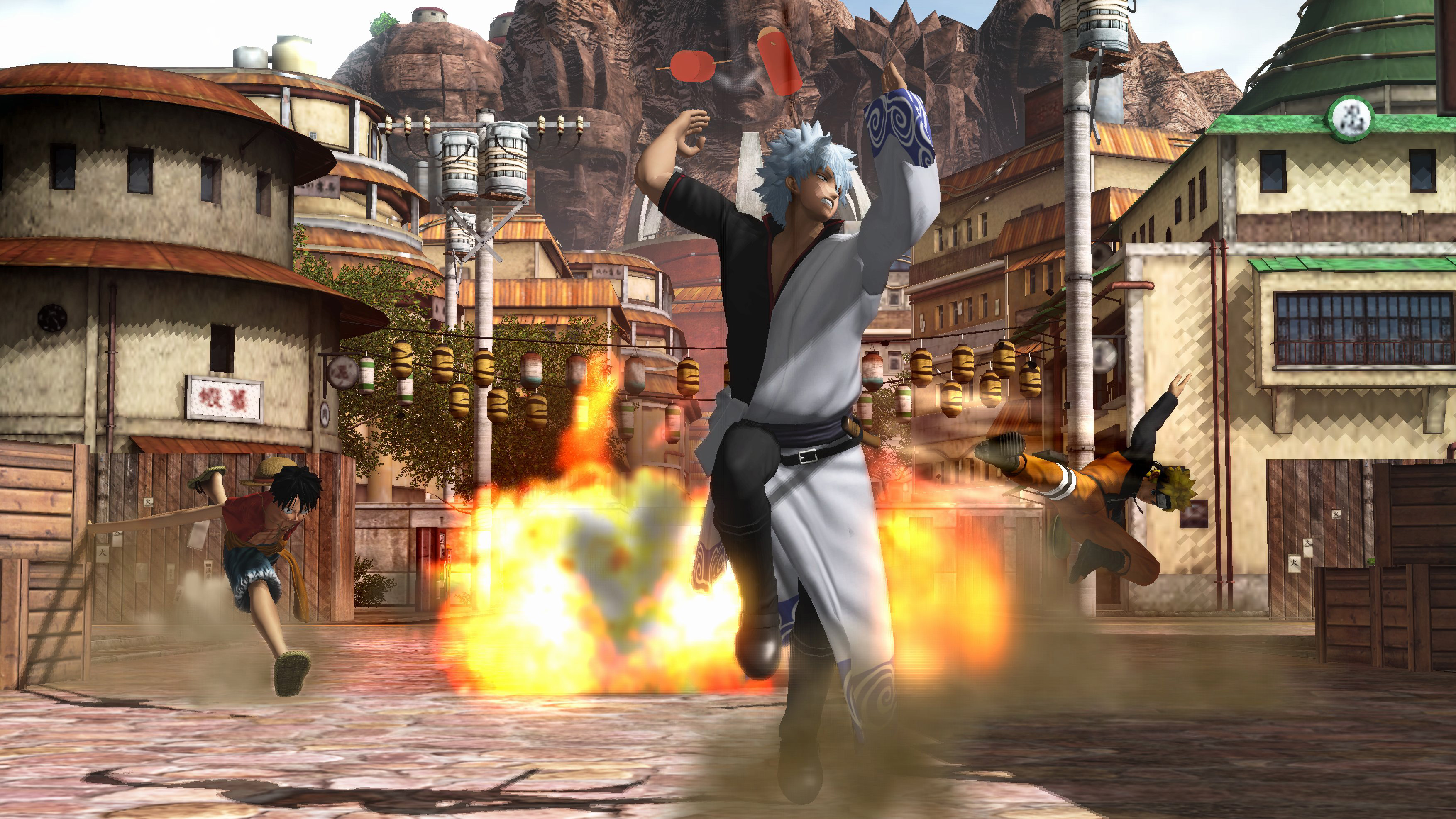 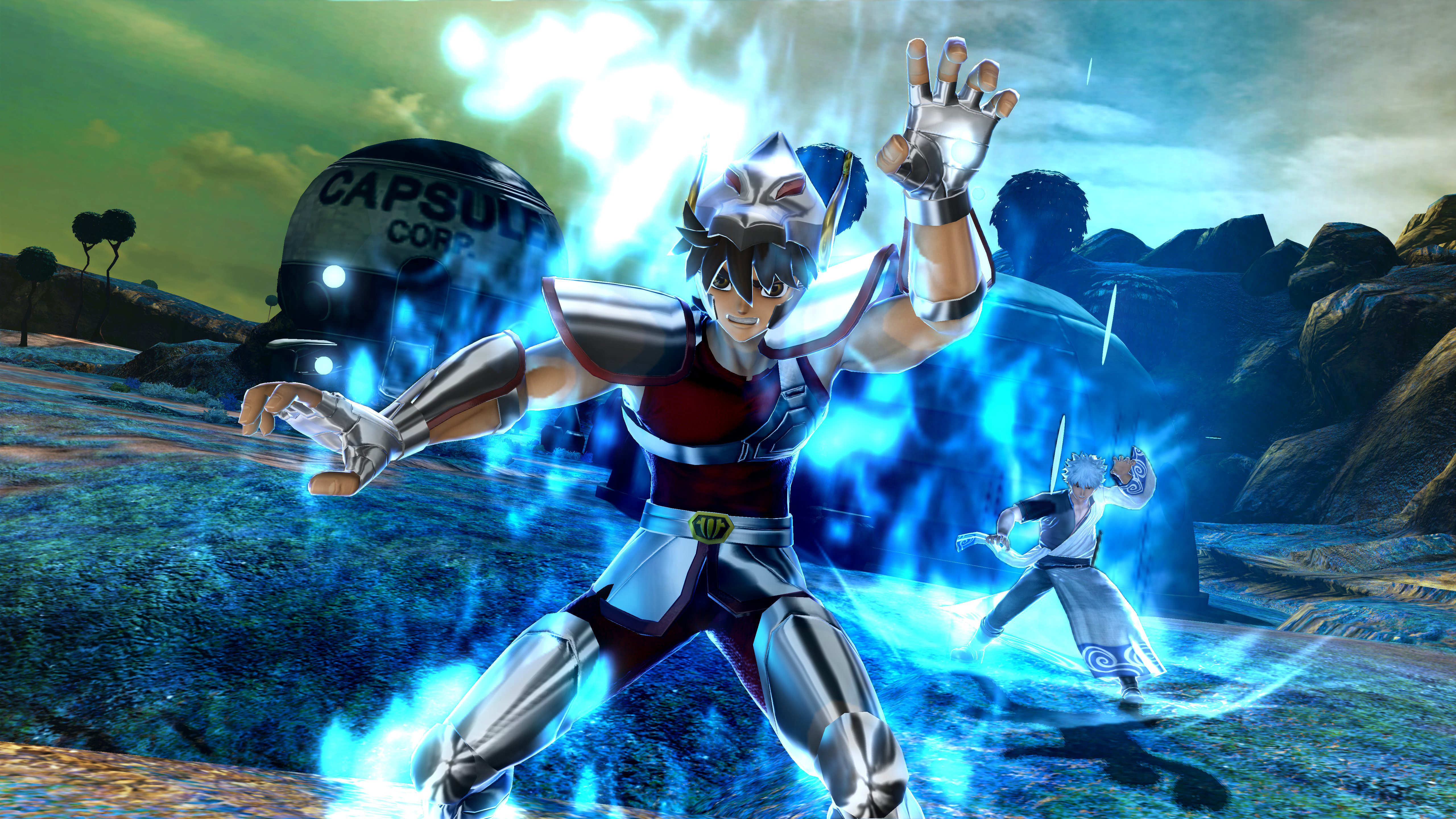 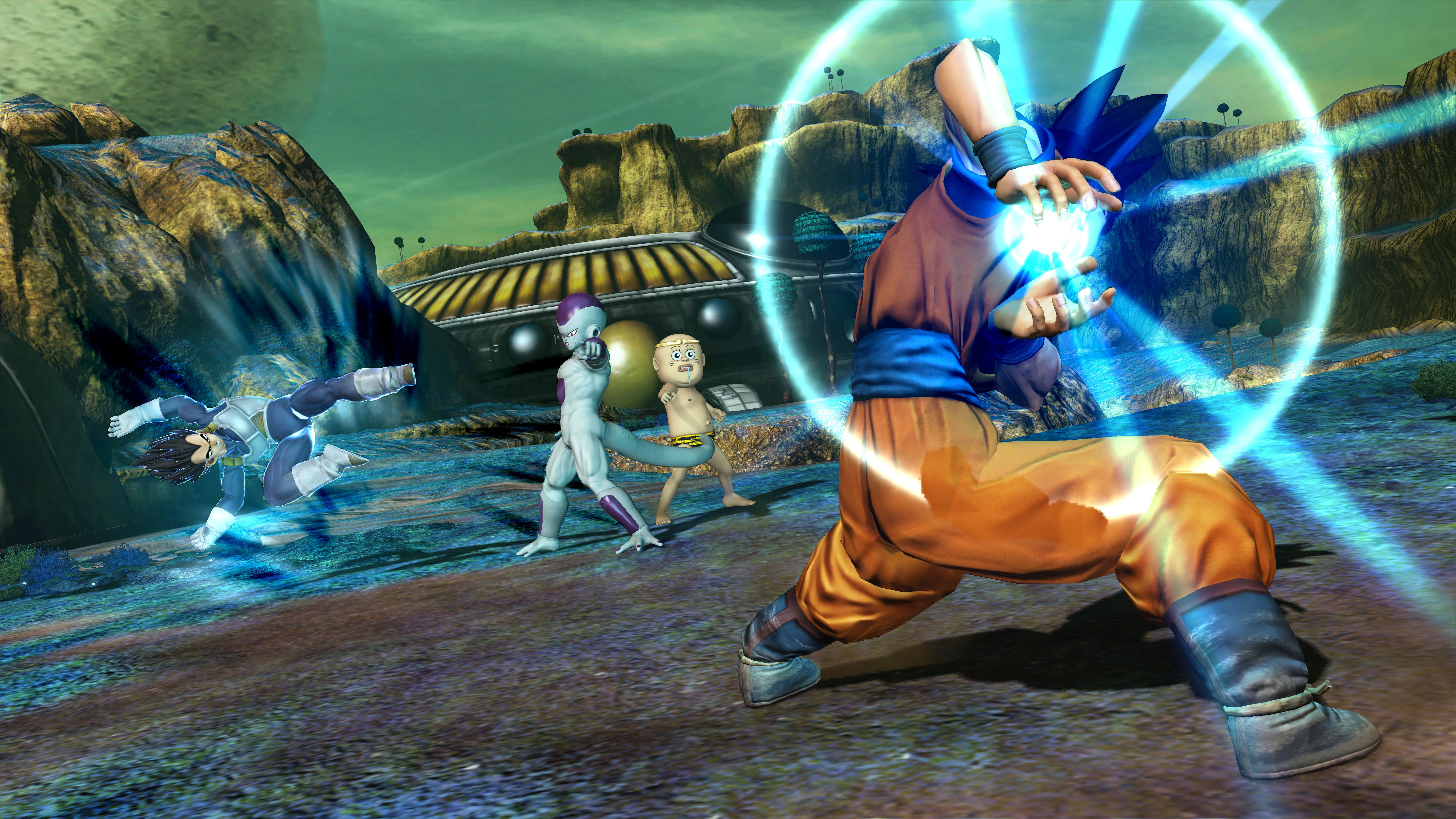 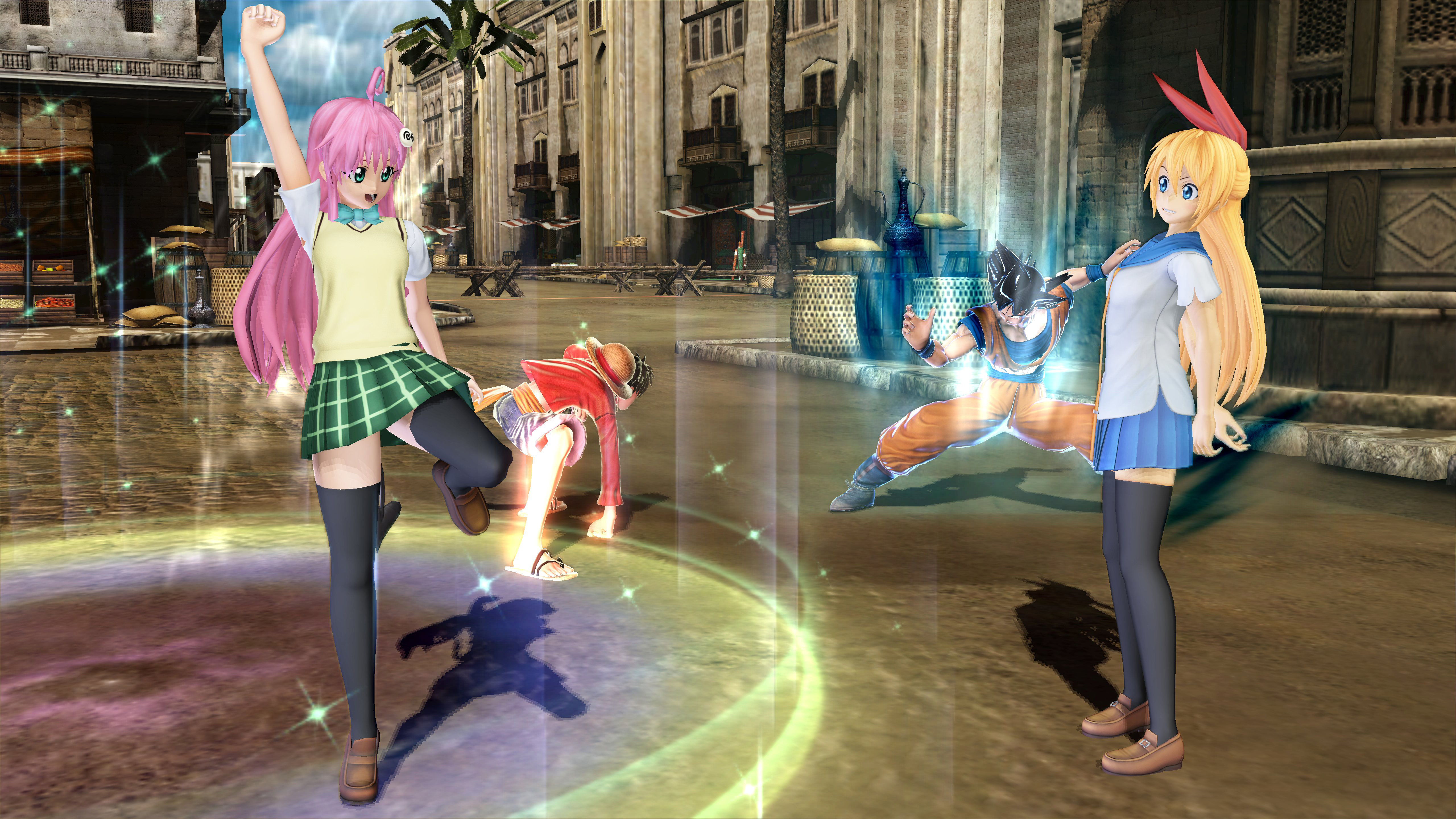 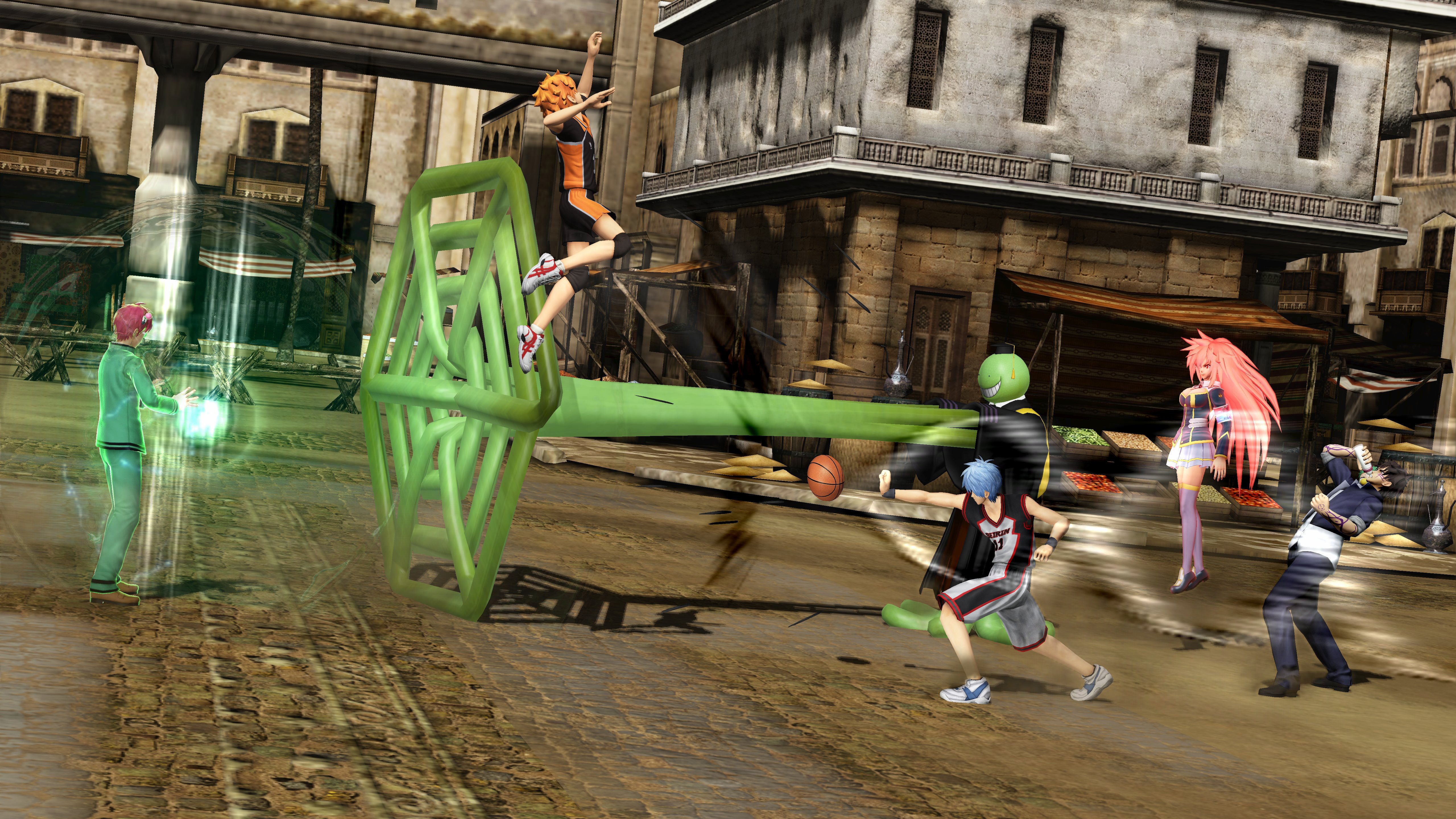 J-Stars Victory VS+ is the third game in the Jump Stars series of games, following Jump Super Stars and Jump Ultimate Stars that released on the Nintendo DS in 2005 and 2006. The game was originally released on the PlayStation 3 and PlayStation Vita in Japan on March 19 last year. Due to issues with licensing, the game was unable to be published for Europe and North America.

J-Stars Victory VS+ is currently out now in Europe for the PS4, PS3 and the Vita. The game will release tomorrow in North America.

“J-Stars Victory Vs+.”, images, video and all associated brands and titles © 2013 Weekly Shonen Jump, Shueisha, and their respective creative creators