An eariler issue of Houbunsha’s Manga Time Kirara Miracle! has announced that Ayumu Kasuga’s Joukamachi no Dandelion (Castle Town Dandelion) 4koma manga will be receiveing an anime adaptation. The anime will be a full TV series that will air this July on TBS. Additionally, the anime’s official website has launched revealing the first visual and members of the staff. 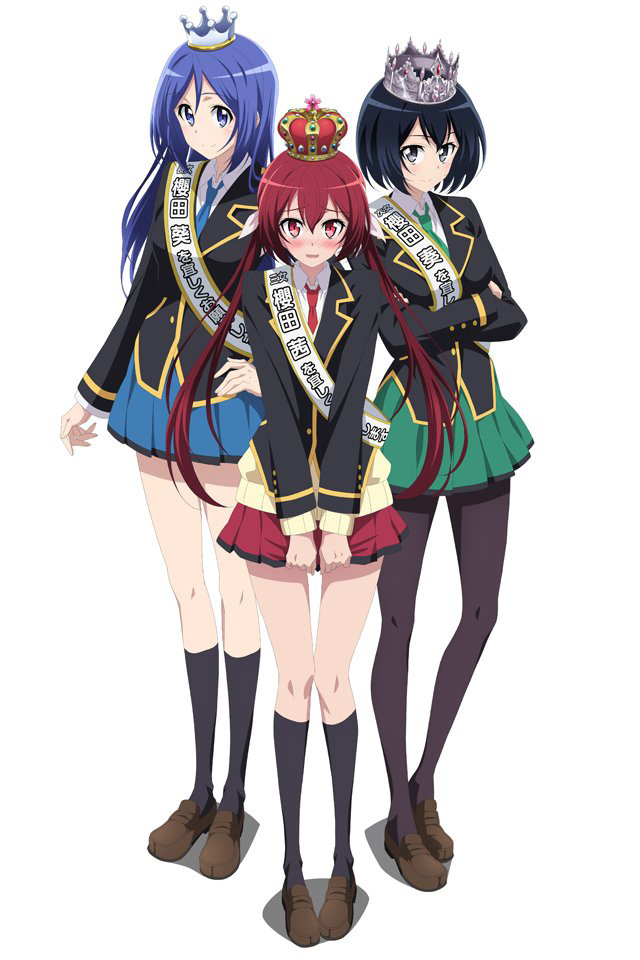 The first members of the anime’s staff have been revealed and include:

The anime’s website also has a slightly different visual that announces the staff: 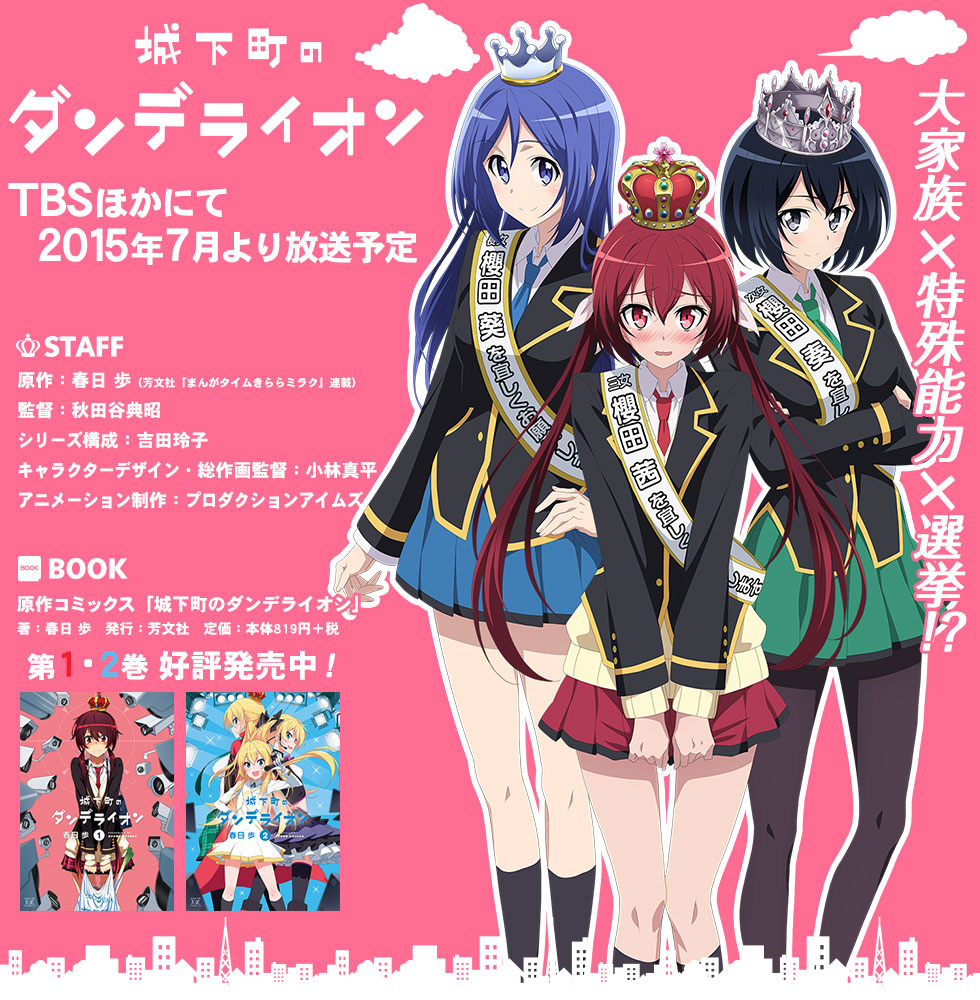 Joukamachi no Dandelion (Castle Town Dandelion) is a comedy, slice of life 4Koma manga written and illustrated by Ayumu Kasuga. The series began in 2012 being published in Houbunsha’s Manga Time Kirara Miracle! magazine where a total of 2 volumes have been published to date. The latest volume released in June last year.

The Sakurada family is a pretty ordinary family of eleven people living in a solitary house. Except that their father is the king, and each of the children has special powers. Also, to ensure their safety and to help citizens decide the next king, the house is observed by more than 200 security cameras. 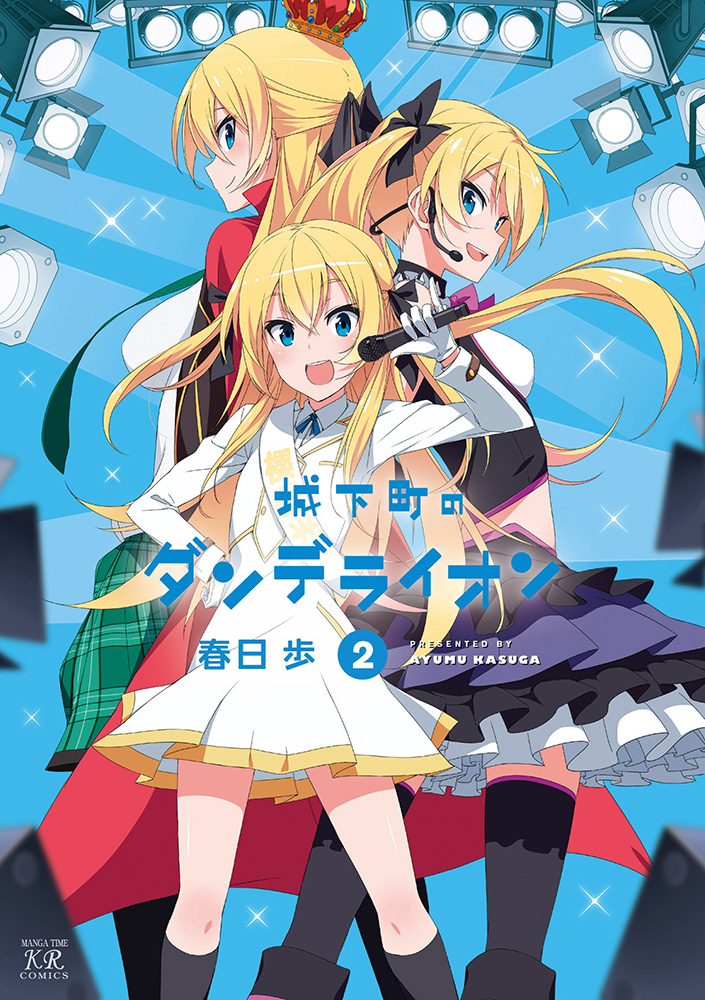 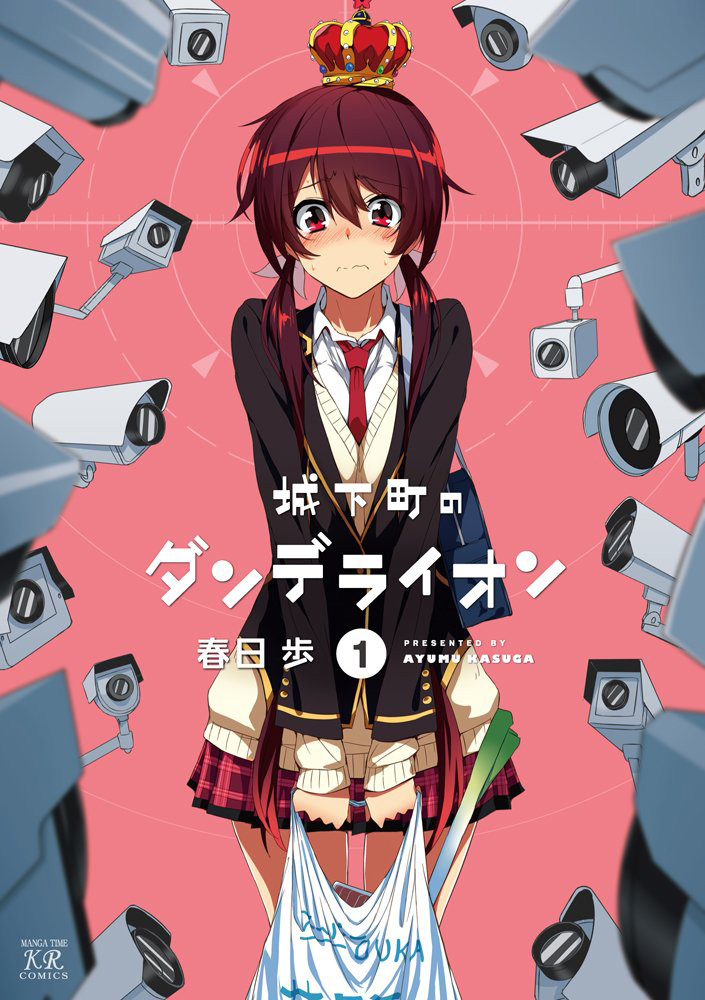 The Joukamachi no Dandelion TV anime will be airing this July during the Summer 2015 anime season on TBS. Further information about the series will be revealed soon.