Whilst the Charlotte anime is currently in full swing this season, the character designer of the anime and Angel Beats!, Na-Ga, has drawn some wonderful crossover art with Kanade Tachibana in a few of Jun Maeda’s series. 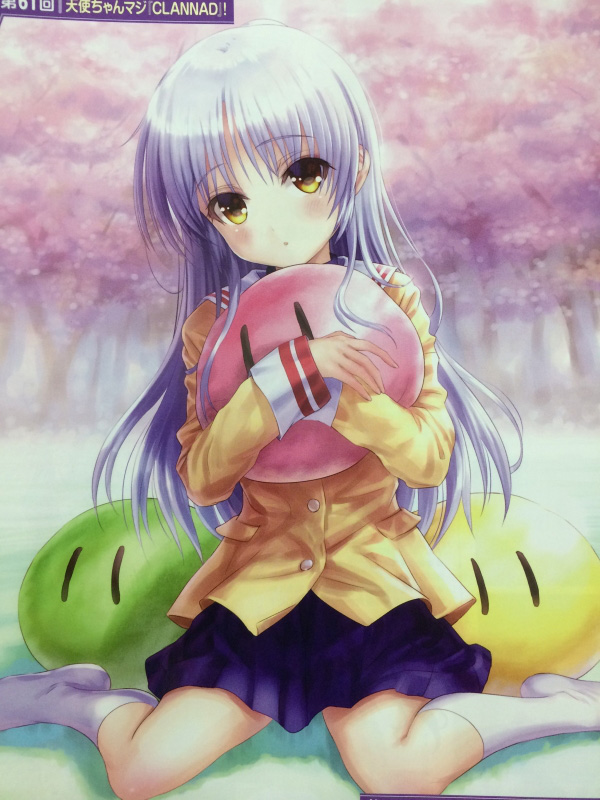 The latest issue of Dengeki G’s magazine has revealed a new image of Kanade dressed up in the uniform from Clannad. And she is even holding some dangos.

The other previous issues of the magazine also have 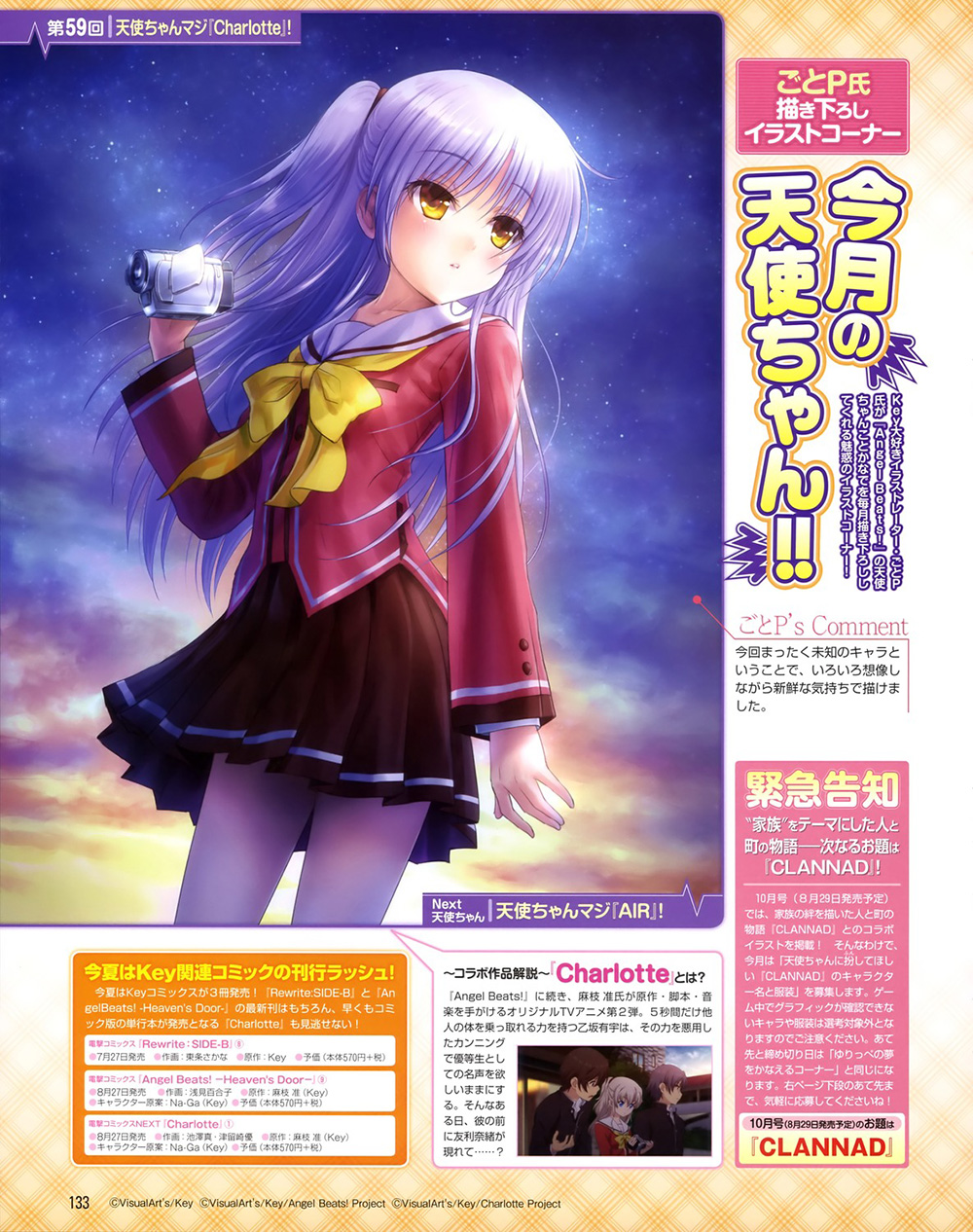 And Kanade in Key’s Air: 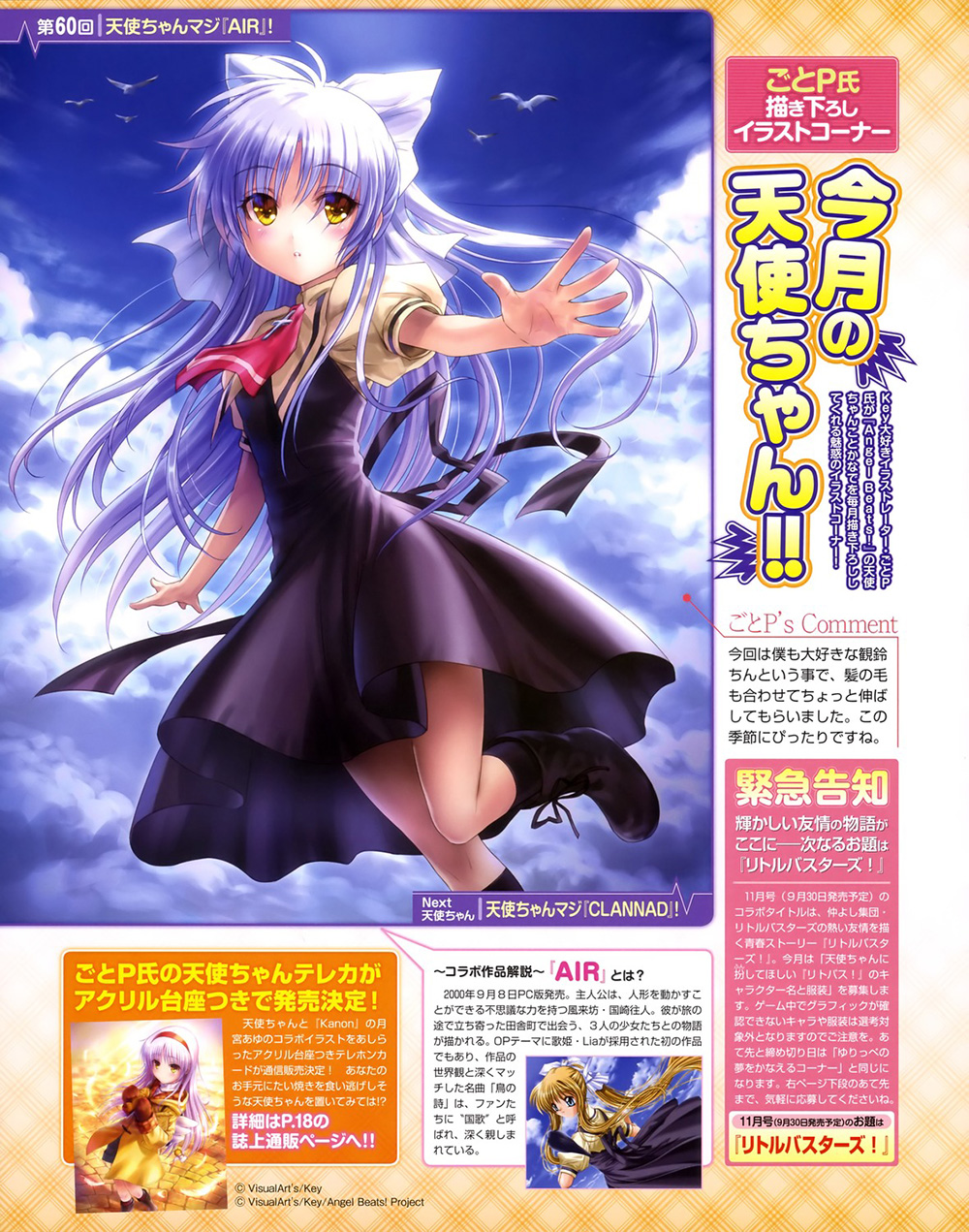 The latest issue of Dengeki G’s magazine, which released on the 29th features the Kanade x Clannad image. The next issue of the magazine may also feature another crossover image.