The latest issue of Animage magazine has revealed a brand new visual for the ongoing anime adaptation of Okayado’s Monster Musume (Everyday Life with Monster Girls) manga. The new visual features a small interaction between the lovely Harpy Papi and the Slime Girl Suu. 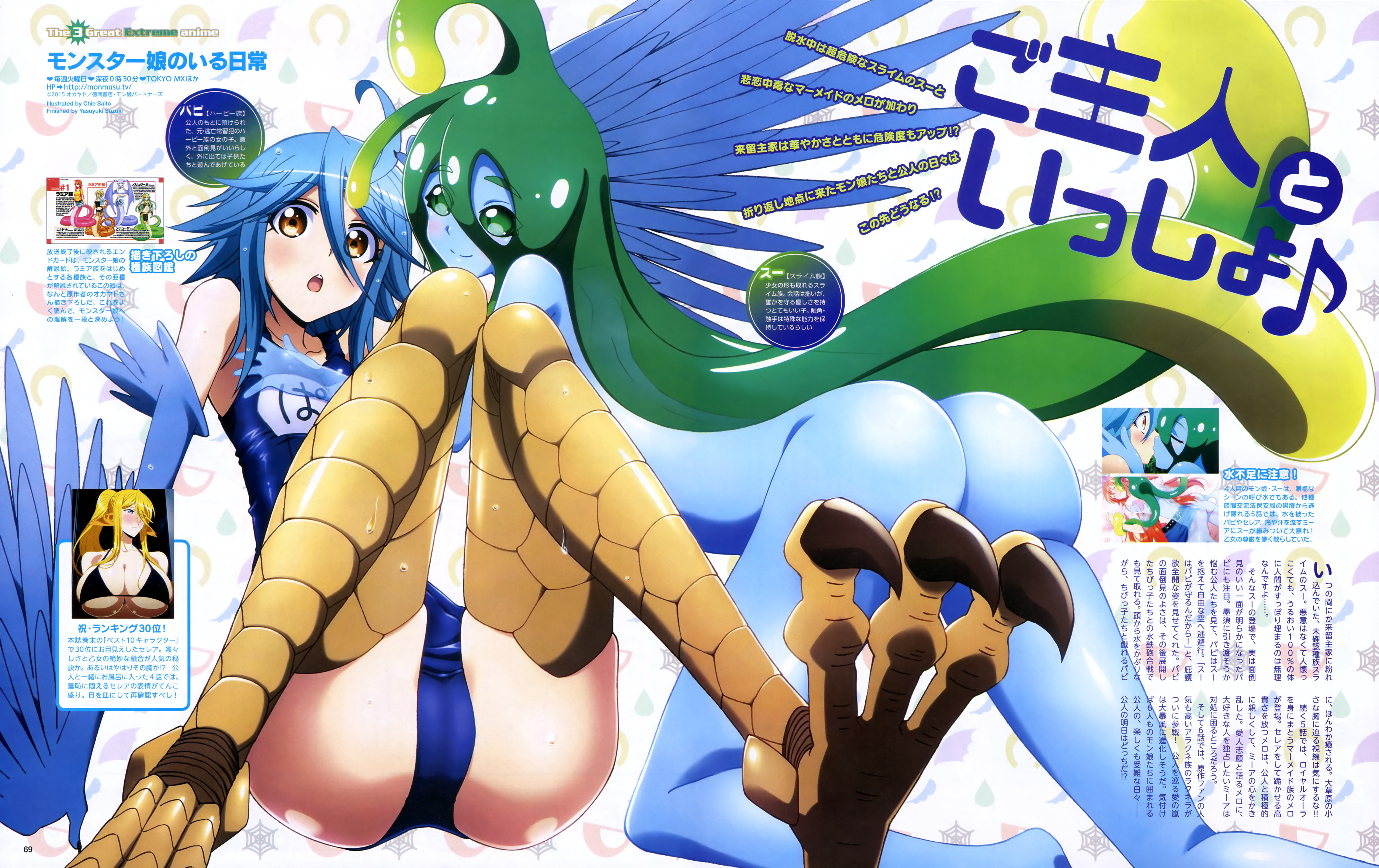 The Monster Musume anime is currently airing on Wednesdays on Tokyo MX at 12:30am JST. The first Blu-ray and DVD volume of the anime will release on September 16, which will the uncensored version of the series.