Whilst Japan is busy enjoying the Love Live! The School Idol Movie the first international trailer for the film has been revealed.  The new trailer reveals the new adventure that the idol group will have in New York City and previews some of their upcoming songs and performances in the upcoming movie, all with English Subtitles. The movie itself will feature the return of the main staff and cast, with Sunrise (Gintama, Code Geass) animating and Takahiko Kyougoku (Love Live! School idol project) directing the movie.

Love Live! The School Idol Movie is currently out in theatres across Japan. The film will then be released internationally from late August in countries including the Philippines, Australia and Hong Kong. The film will release in the United States on September 12. 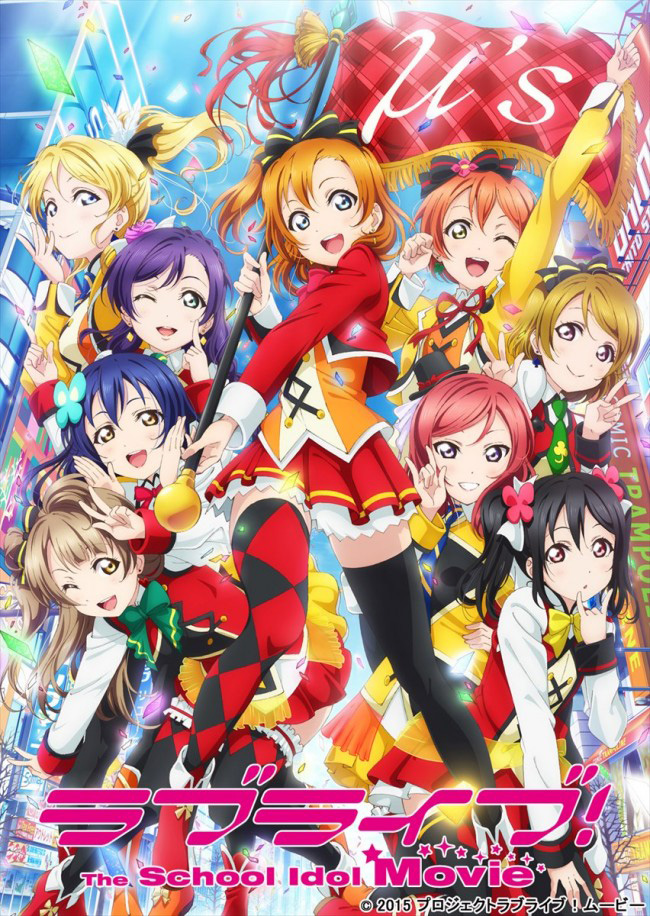 Here is a synopsis of the movie: