In a small advertising brochure for the upcoming issue of Kadokawa Shoten’s Monthly Shonen Ace magazine, it has been announced that there will be a big announcement for Keiichi Arawi’s Nichijou (My Ordinary Life) manga. 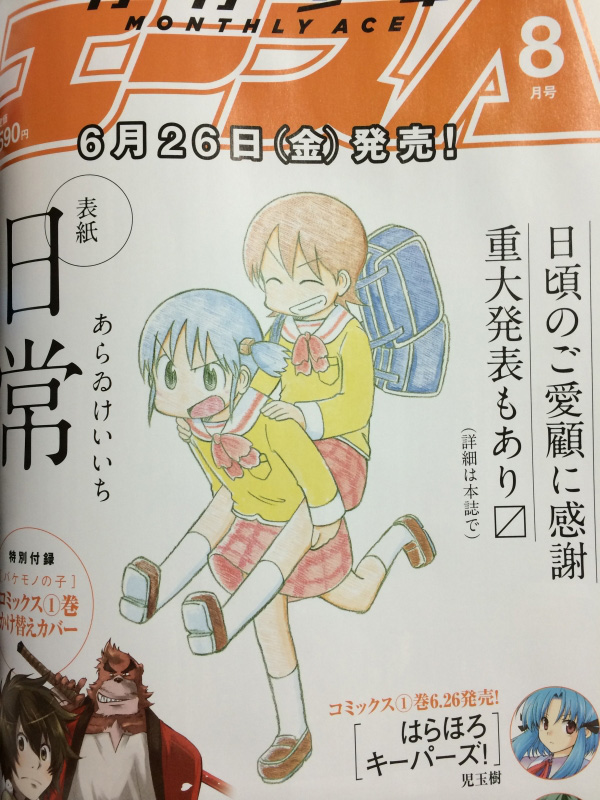 A big announcement regarding the Nichijou manga will be made in the next issue of Monthly Shonen Ace, which will be released on June 26 in Japan.

Here is the promotional video of the anime adaptation:

Nichijou (My Ordinary Life) is a comedy manga written and illustrated by Keiichi Arawi. The series began its publication in Kadokawa Shoten’s Monthly Shonen Ace in 2006 where to date a total of 9 compiled volumes have been published. The series received an anime adaptation in 2011 directed by Tatsuya Ishihara (The Melancholy of Haruhi Suzumiya, Clannad) and animated by Kyoto Animation (The Melancholy of Haruhi Suzumiya, K-ON!). Animation Director Shunji Suzuki spoke out saying that the Blu-ray and DVD sales of the anime have not met expectations.

While the title suggests a story of simple, everyday school life, the contents are more the opposite. The setting is a strange school where you may see the principal wrestle a deer or a robot’s arm hide a rollcake. However there are still normal stories, like making a card castle or taking a test you didn’t study for. 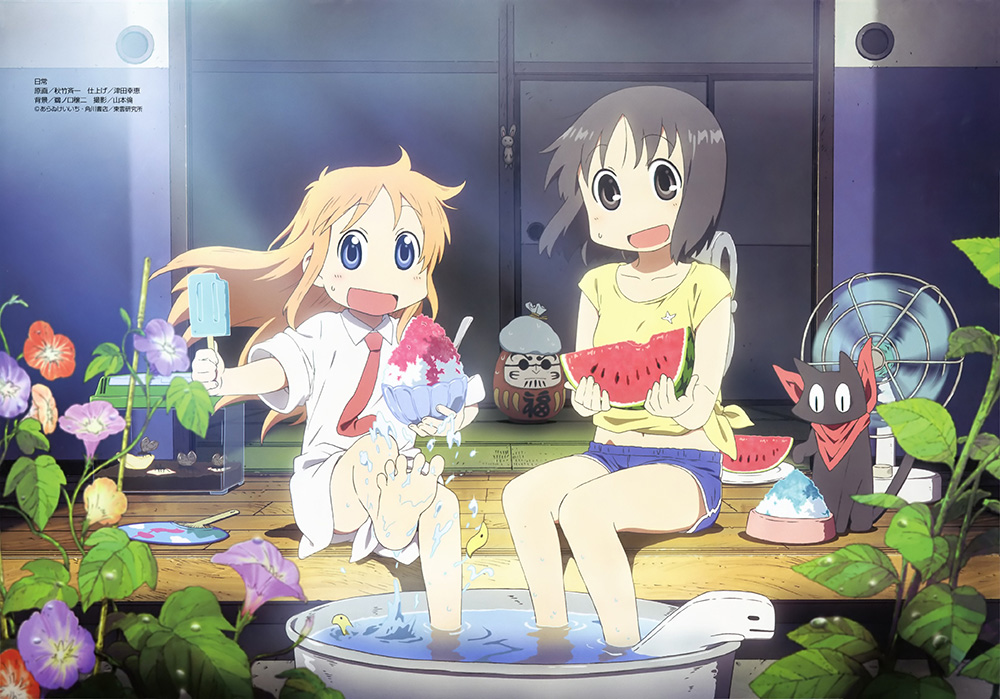 The big Nichijou announcement will be made in the upcoming issue of Shonen Ace magazine, releasing in Japan on June 26.