Nintendo have recently held a new Nintendo Direct live stream to reveal lots of new information for the upcoming games releasing in the next few months. And boy, did they reveal a lot of new things, from already anticipated announcements to a brand new surprise. But let us start off with the release date announcement for the New Nintendo 3DS for Europe and North America.

Whilst Australia has had the new console for over a month and Japan for few months, the latest Nintendo Direct has revealed the New Nintendo 3DS and New Nintendo 3DS XL for North America and European regions. The new handheld will be releasing on February 13 in Europe and in North America, though on the XL version will be available in NA, whilst both versions are available in Europe. In addition, there will be two new special editions of the New 3DS releasing, a Legend of Zelda: Majora’s Mask 3D and a Monster Hunter 4 Ultimate edition. Both will be released on February 13th, where the games will also be released. More information about the titles are below. 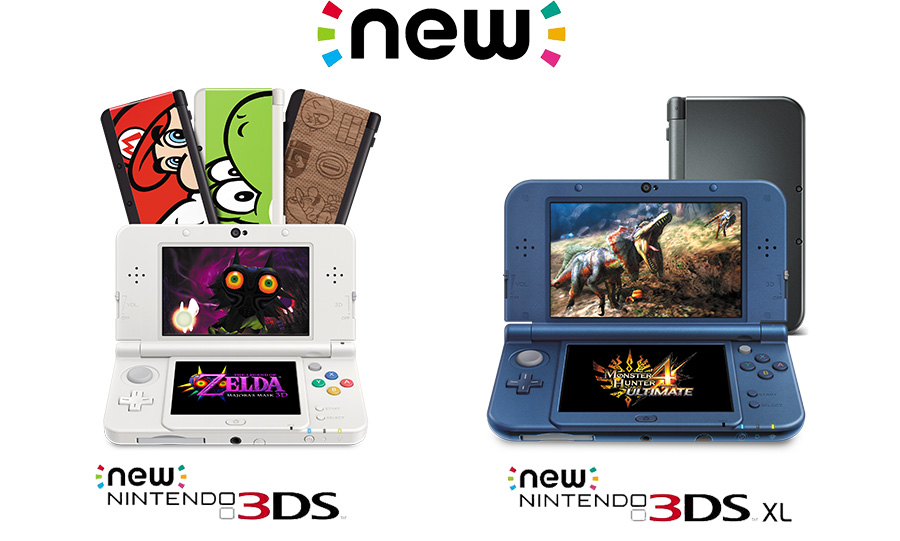 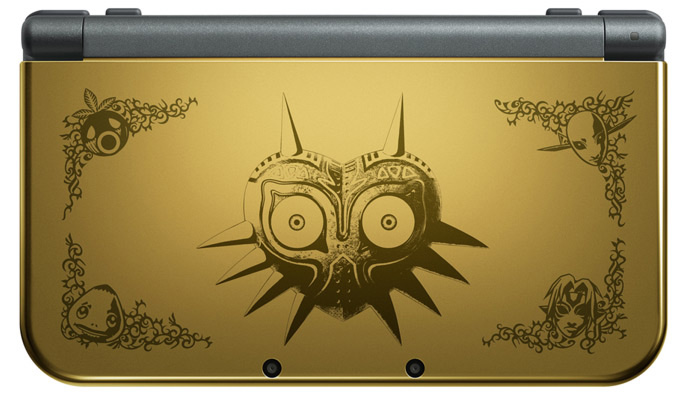 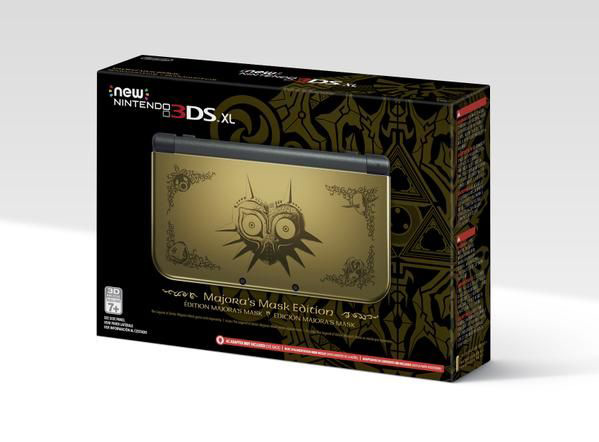 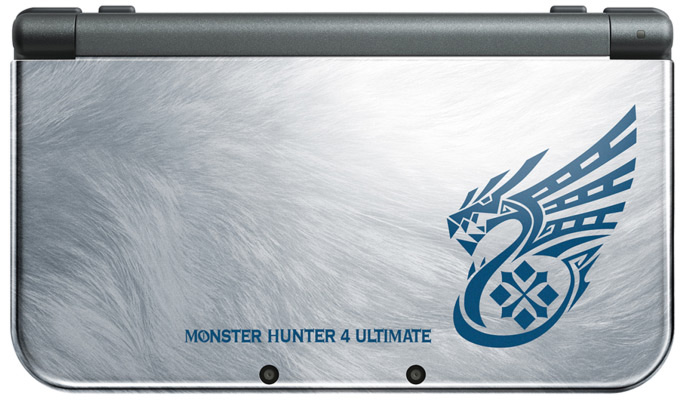 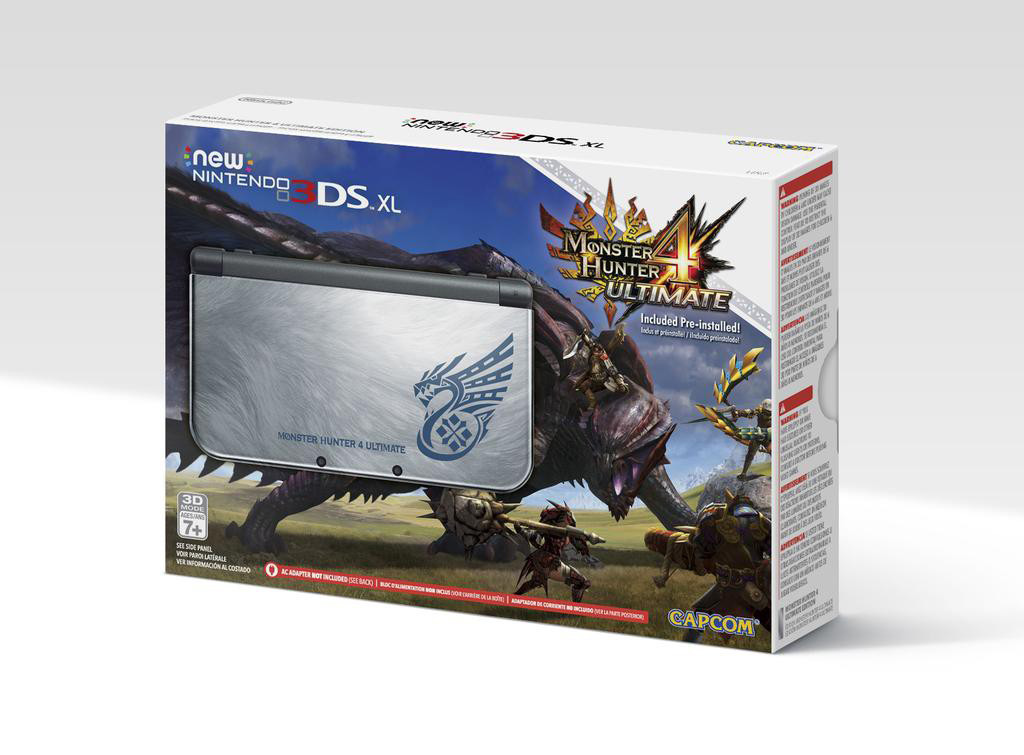 For more information about what the New 3DS has read our article about the Australian release. 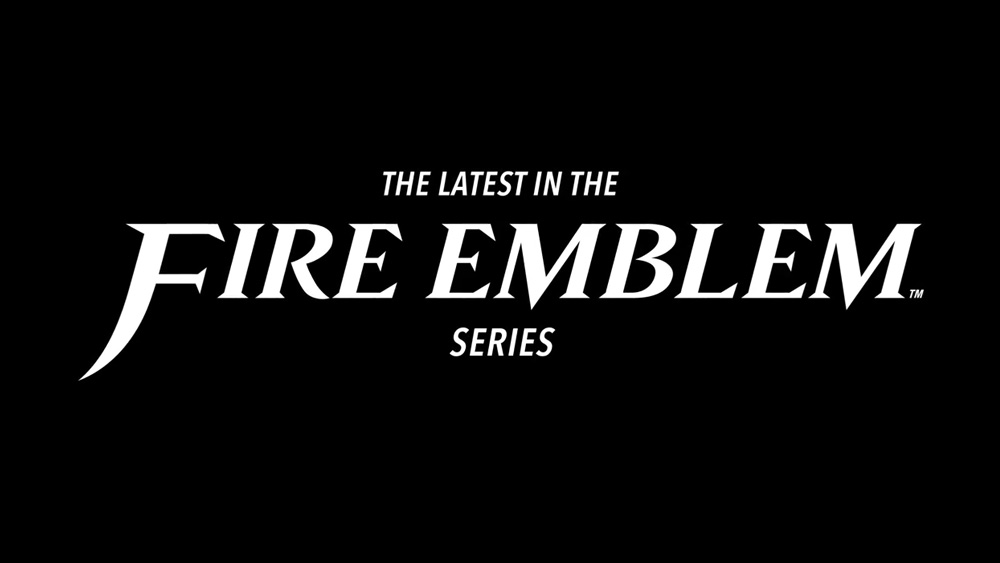 Nintendo have announced a brand new Fire Emblem game that will be coming to the 3DS. Though the new title of the game has not been announced yet, the Japanese stream of the Direct reveals that it will be called Fire Emblem if in Japan. 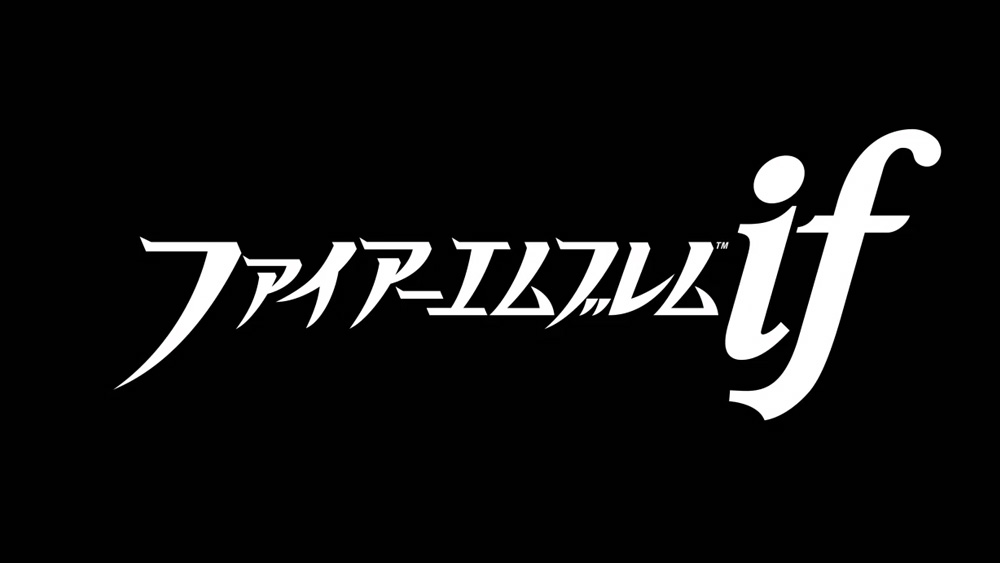 Whilst there is no Western title so far, the announcement trailer of the game reveals the new style and changes made over the most recent game, Fire Emblem Awakening. 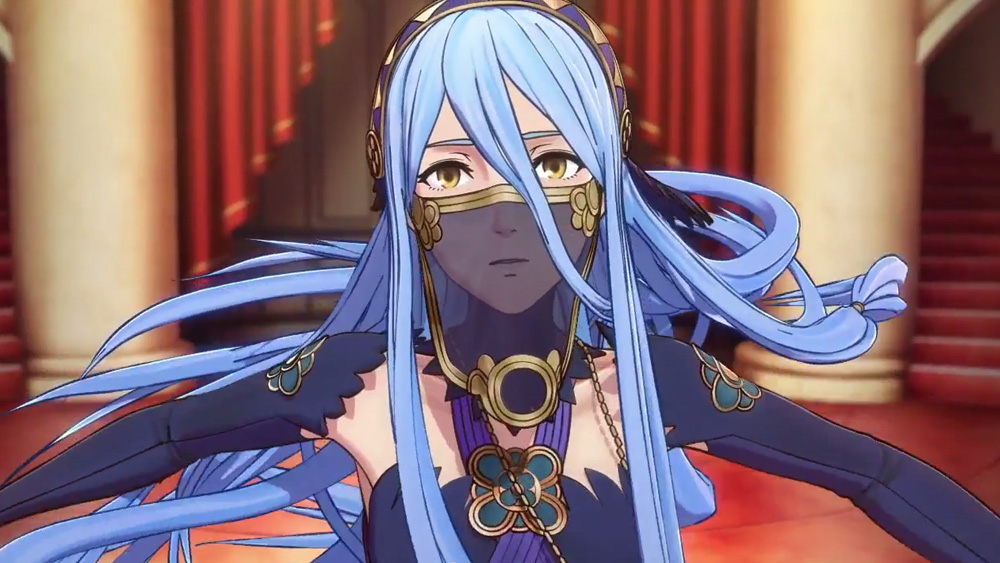 The game will be once again developed by Intelligent Systems with the character designs by Yusuke Kozaki, who also did the designs for Awakening and No More Heroes, and story written by Shin Kibayashi, an award winning novelist. More information about the Strategy RPG will be revealed soon. 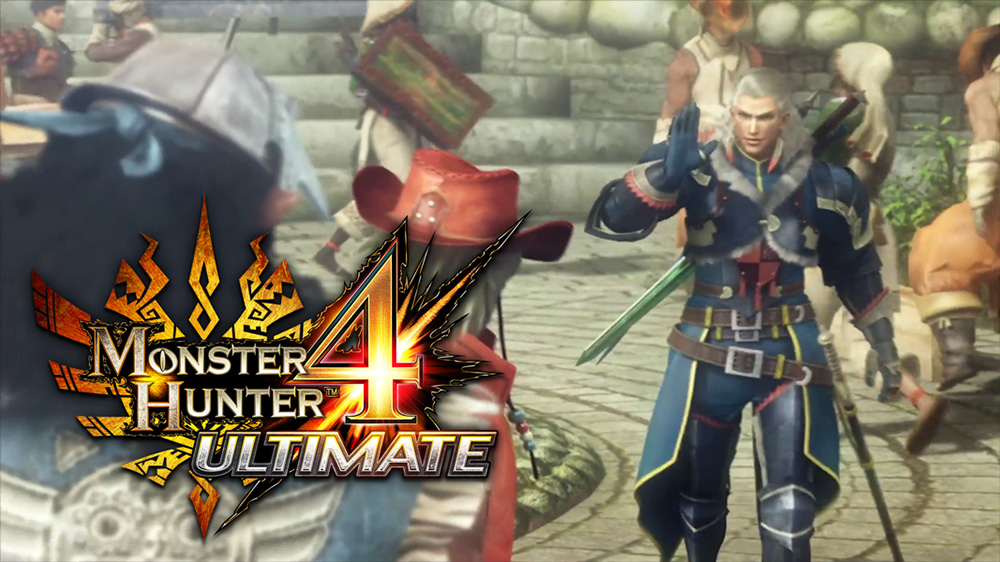 The release date for Monster Hunter 4 Ultimate has been announced. The game will be released on February 13, with the release of the New Nintendo 3DS. In addition to the new special edition 3DS, Capcom have also announced that a special demo has been released so select subscribers of the Nintendo Newsletter. The demo itself will be released on the Nintendo e-shop on release, and will include a tutorial with local and online multiplayer.

A story trailer of the game was also released: 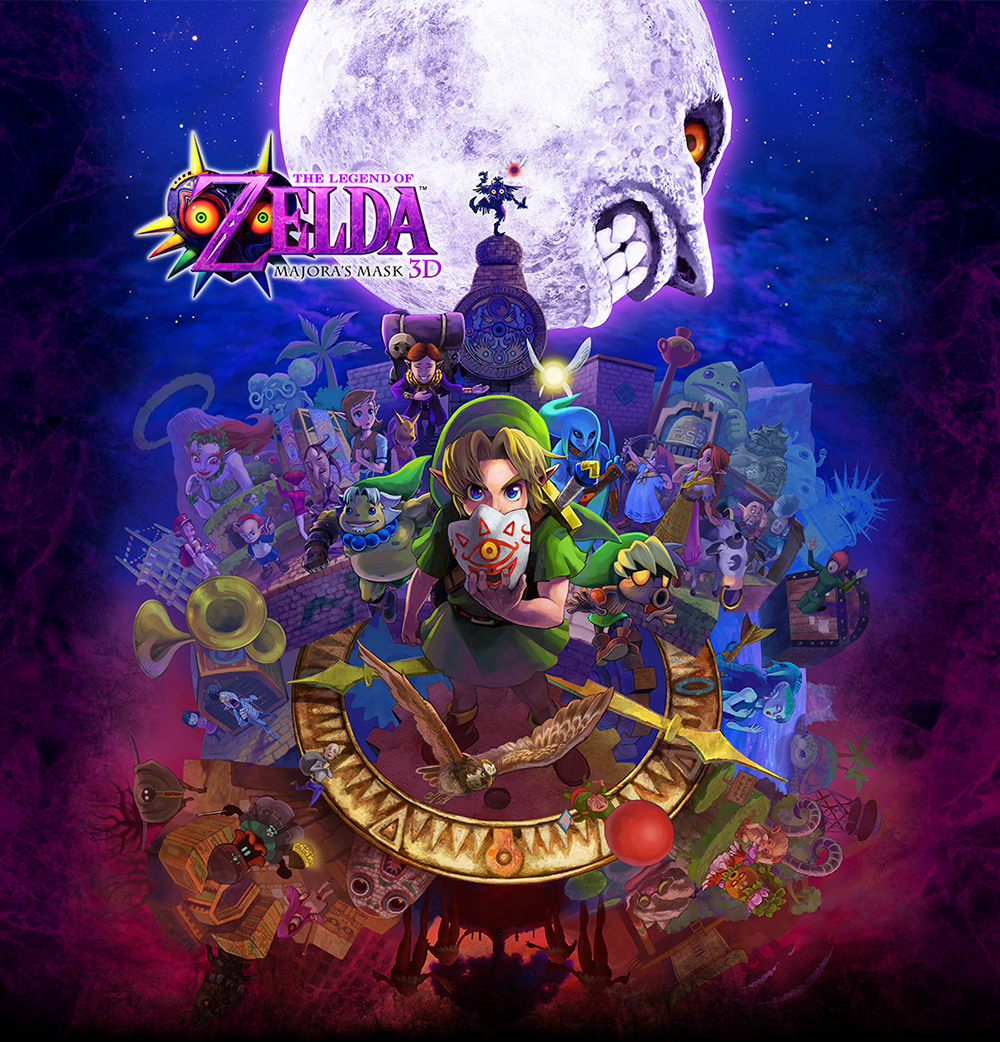 In addition to the release date for Monster Hunter 4 Ultimate, the release date for the anticipated release of The Legend of Zelda: Majora’s Mask 3D was also revealed, and will be releasing on February 13 as well. The game on the new 3DS will utilise the new c stick for full camera control. And of course the golden limited edition Majora’s Mask New 3DS XL, which is mostly sold out in all gaming outlet just hours since its announcement. 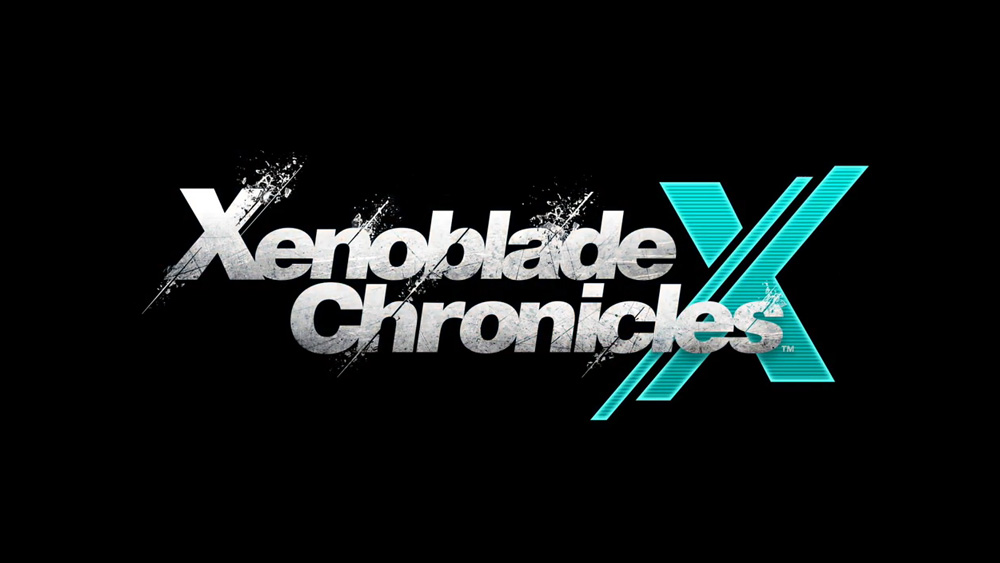 Nintendo have revealed that the Xenoblade Chronicles sequel, Xenoblade Chronicles X, will be releasing on the Nintendo Wii U in 2015, whilst this April for Japan. Additionally, a new trailer has been released showcasing the various large sprawling environments you will traverse in the JRPG.

Additionally, the release window for Xenoblade Chronicles 3D, a port of the Wii title for the New Nintendo 3DS (not compatible with the old models) was also revealed. The game will be out on April 2nd. 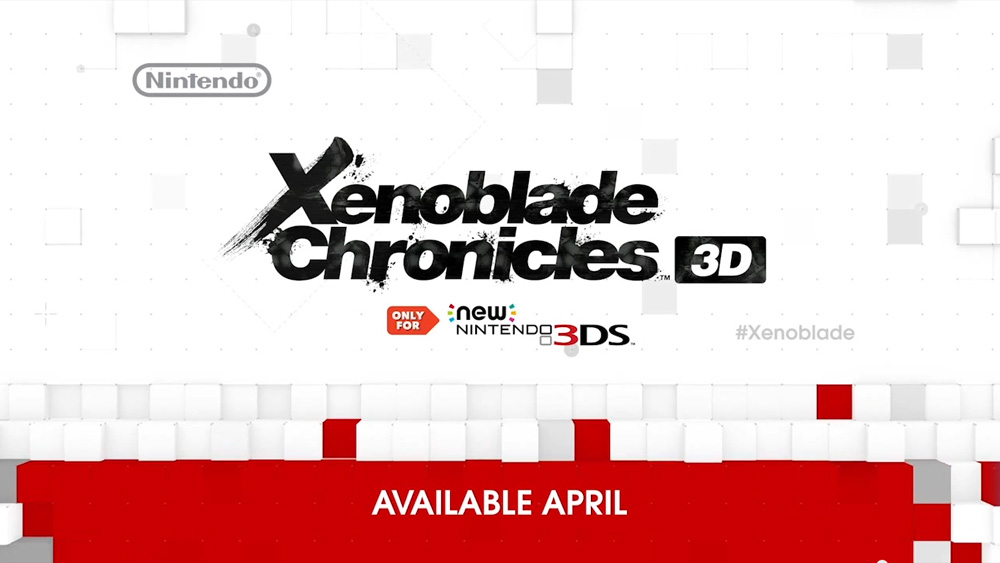 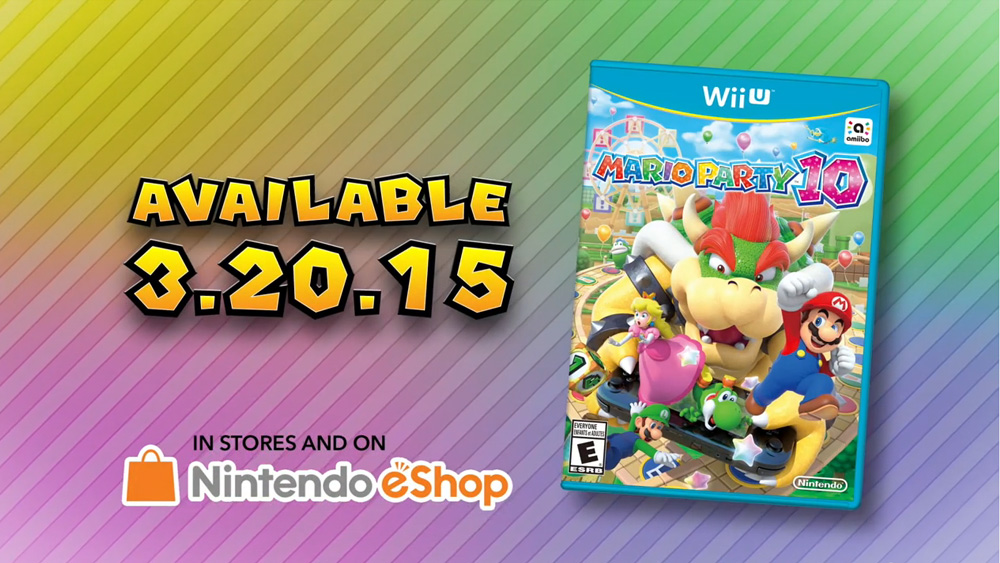 Nintendo have revealed that the next instalment in the friendship breaking series, Mario Party 10, will be releasing exclusively on the Wii U on March 20 worldwide. A new trailer was also released highlighting that players can now play as bowser. The game will also have support for amiibo’s, where a new exclusive selection for the game was also revealed. 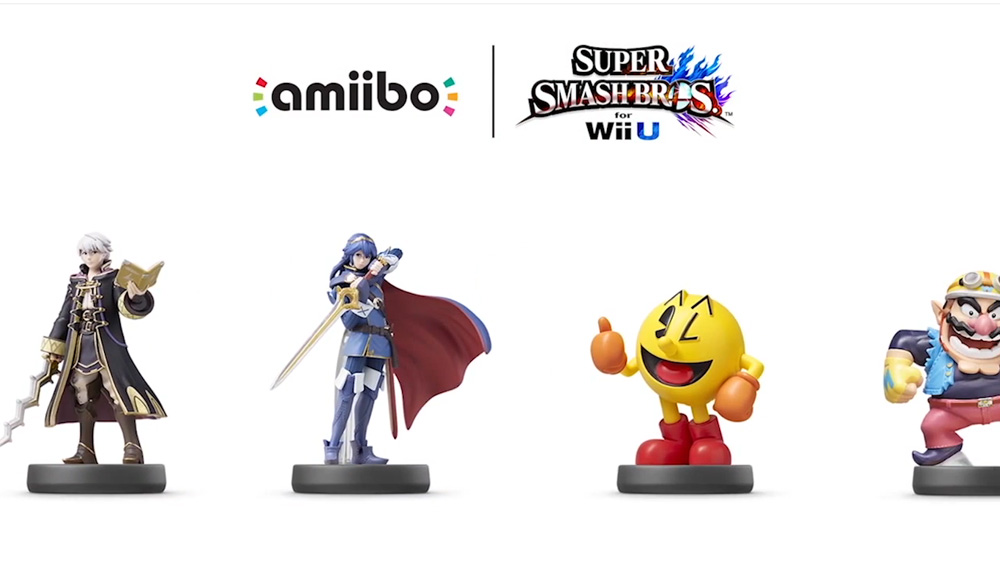 Nintendo have revealed their 4th wave of new amiibo products. The first in the next line of amiibo will be from the Super Smash Bros for Wii U with Robin, Lucina, Pac-Man, Wario, Ness and Charizard. They will be used in the game and some other titles releasing soon. The next line of amiibo are the Super Mario Series amiibo, which include: Mario, Luigi, Princess Peach Bowser, Yoshi and Toad. Toad will also be used in Captain Toad Treasure Tracker, and the Super Mario lineup will be used in Mario Party 10, with the Rosalina, Donkey Kong and Wario amiibo.

The Super Smash Bros for Wii U amiibos is out this Spring and the Super Mario amiibos out on March 20 with the release of Mario Party 10. 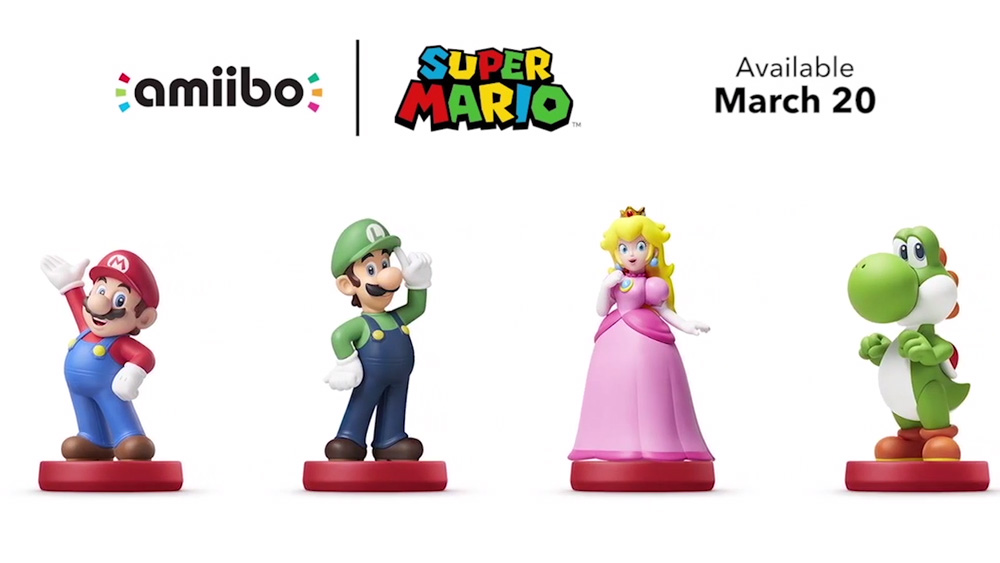 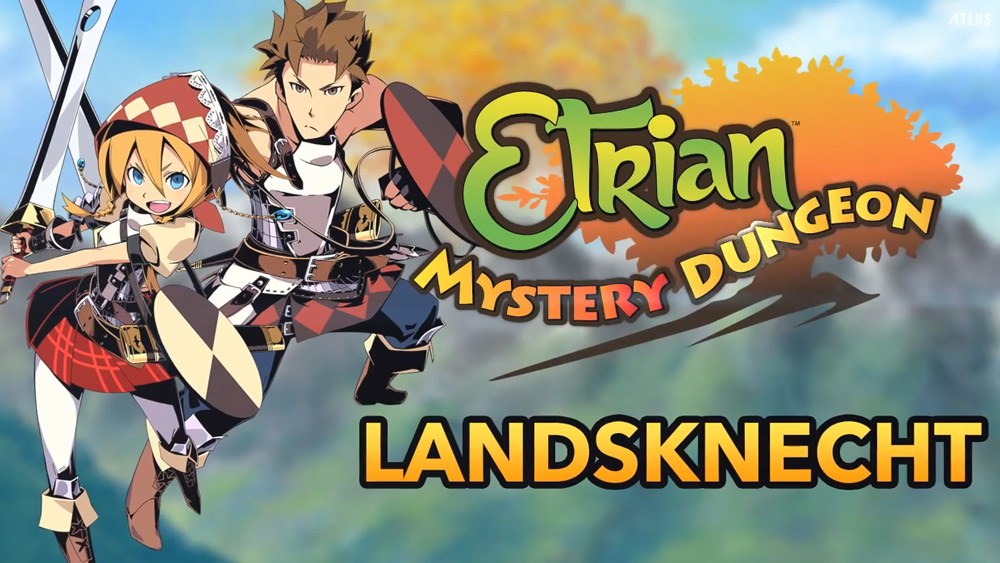 A brand new Etrian game is coming and is another crossover with another title, after Persona Q: Shadow of the Labyrinth. Etrian Mystery Dungeon: Landsknecht is a crossover of Etrian Odyssey and the Mystery Dungeon series being developed by the latter, Spike Chunsoft. The game itself will be released later this Spring. 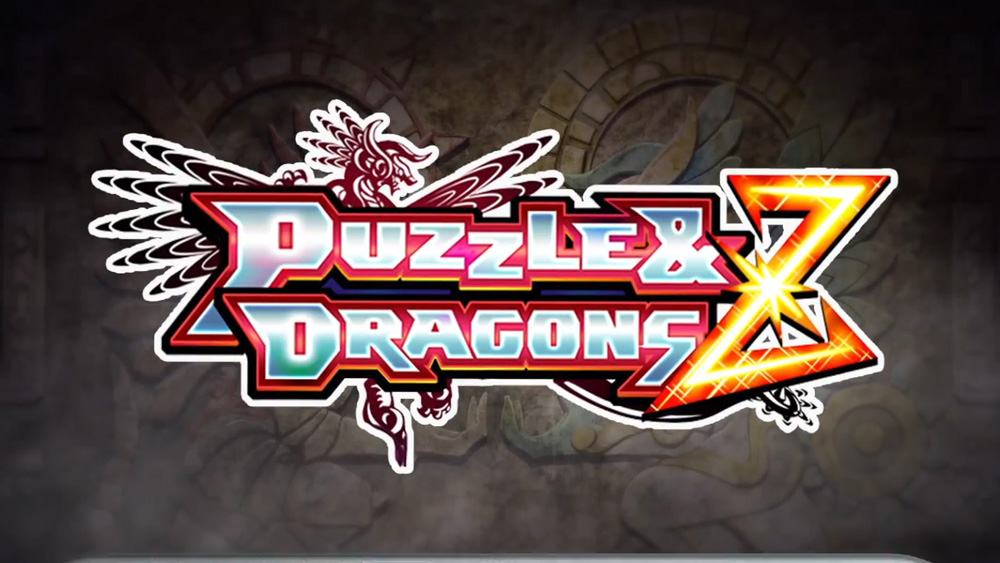 One of Japan’s most popular mobile and handheld game is coming over. Puzzle & Dragons Z is a mix up of RPG and tiled based strategy where aligning the same tiles allows you to attack/do more damage to an opponent. In addition to that, Puzzle & Dragons: Super Mario Edition, a Super Mario Bros themed version of the game, will also be releasing. But guess this, they will both be available in one package. 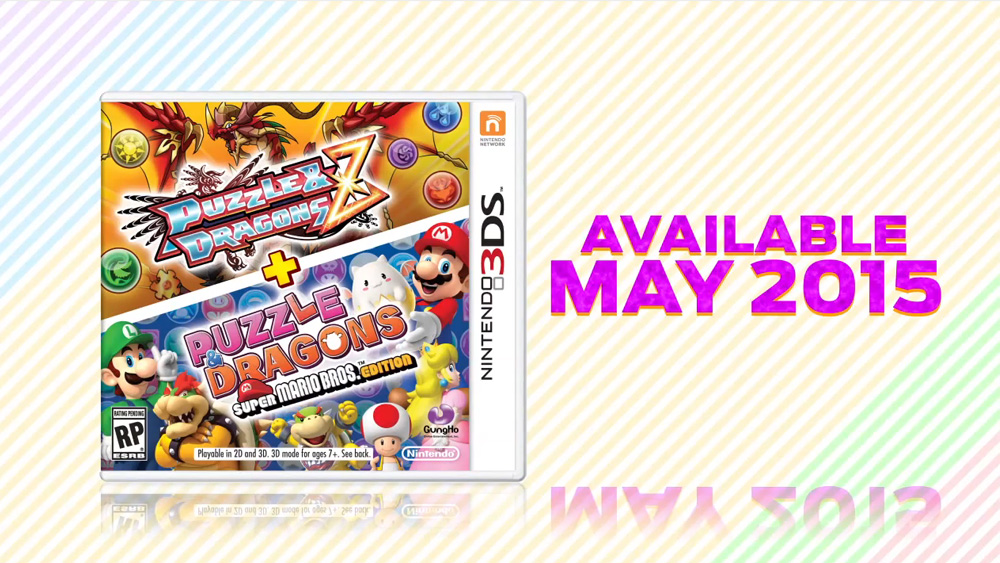 The two games will be releasing as a physical bundle later in May, but no word on if there will be an e-shop version of the game and if it will contain both games. 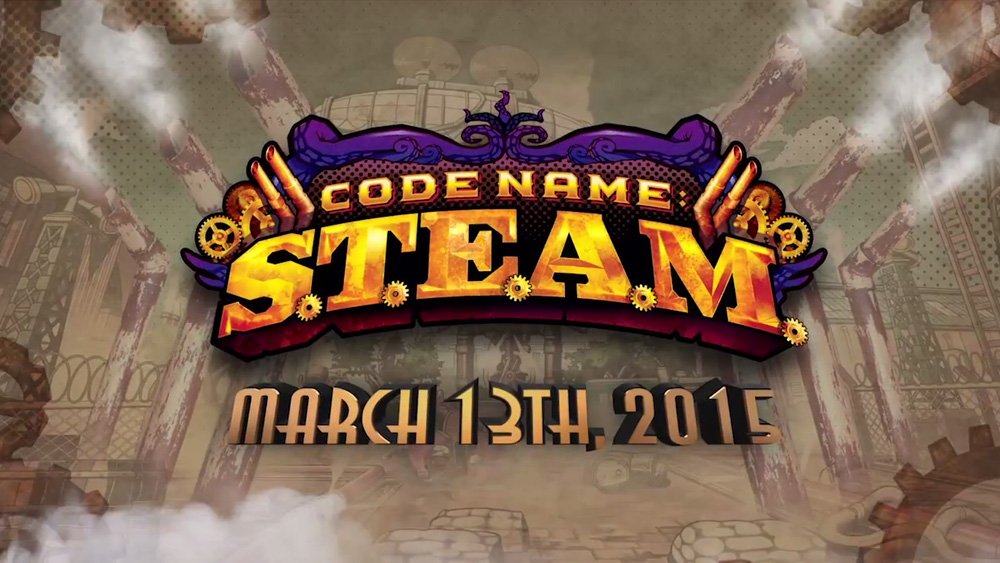 This new direct has revealed that the upcoming original tactical RPG Codename: S.T.E.A.M., by Intelligent Systems, will be out in the West on March 13th. In addition a new trailer has released which showcases that the game will have amiibo support on the New Nintendo 3DS, where you can use the Fire Emblem ammibos in the game. Doing this will allow you to use the respective FE character in the game. So far only Ike, Marth, Lucina and Robin will be featured. 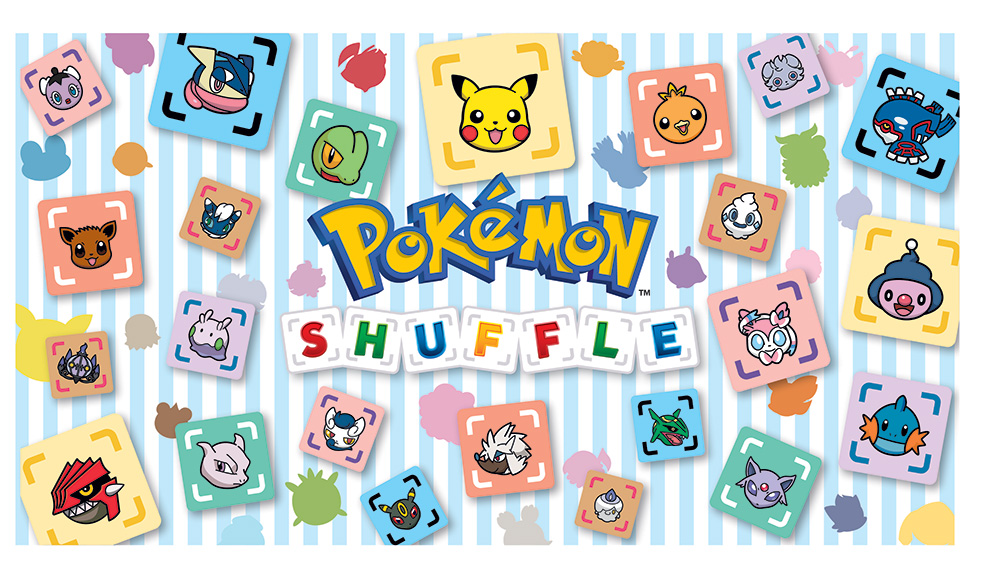 A brand new Pokémon game has been revealed, Pokémon Shuffle. The game is a free to play and downloadable puzzle game on the Nintendo e-shop where you have to match the tiles to defeat the adorable Pokémon, which is quite sad. The game also has special powers and abilities you can use to make your fights easier. The game itself will be out in February on the Nintendo e-shop.

Kirby and the Rainbow Curse 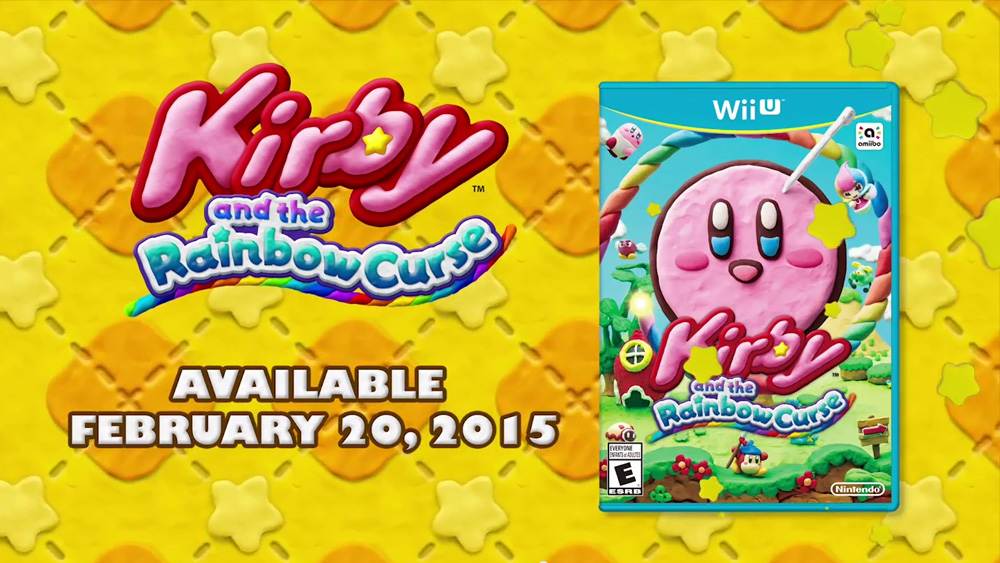 Releasing on the Nintendo Wii U on February 20 is Kirby and the Rainbow Curse. The new title will have very clay looking models, opposed to the yarn visuals of Kirby’s Epic Yarn, and is a sequel to Kirby: Canvas Curse on the DS. The game will also have support for the three Kirby ammibo: Kirby, Metaknight and King Dedede, where they give Kirby in the game special abilities and power ups. There is also 4 player local co-op in Kirby and the Rainbow Curse across all of the 28 story levels. 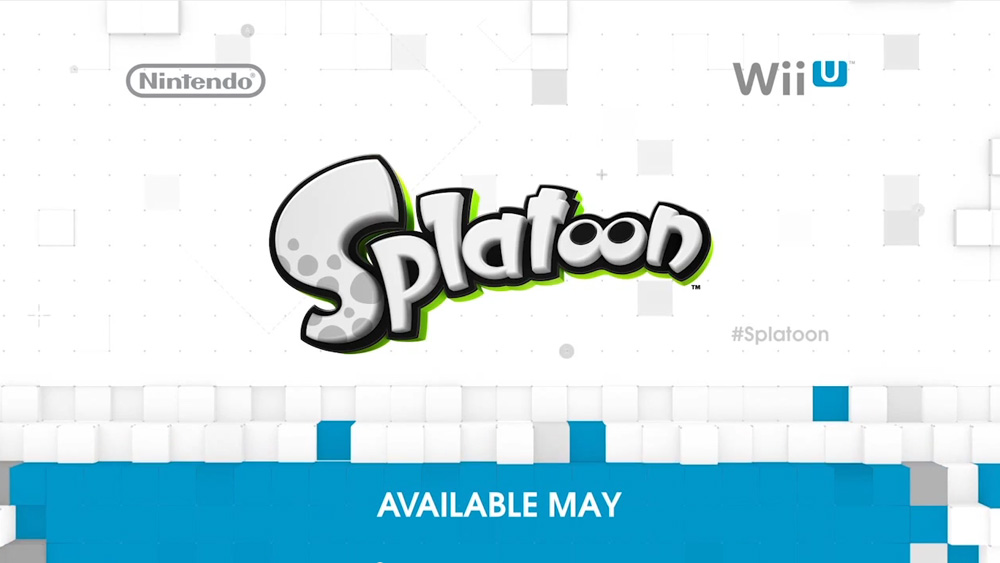 Nintendo’s upcoming original third person shooter Splatoon will be releasing on the Nintendo Wii U in May this year. New footage of the game was revealed at the Direct featuring new gameplay mechanics and its in depth character customisation. It also showed off the main hub of the game where everything comes together, meet other players and steal their loadout ideas.

In addition to those big announcements other reveals include:

And that are all the major announcements and reveals from the recent Nintendo Direct on January 14th 2015. If you want to watch the entire direct, here is the North American version of the Direct: