The latest issue of Megami magazine has revealed a brand new visual for the upcoming TV anime adaptation of Norimitsu Kaihou and Sadoru Chiba’s Gakkou Gurashi! (School-Live!) manga. The new visual itself features the main girls of the series enjoying themselves at the pool during Summer, despite the zombie apocalypse. Yeah, that happens but the girls still want to have fun. 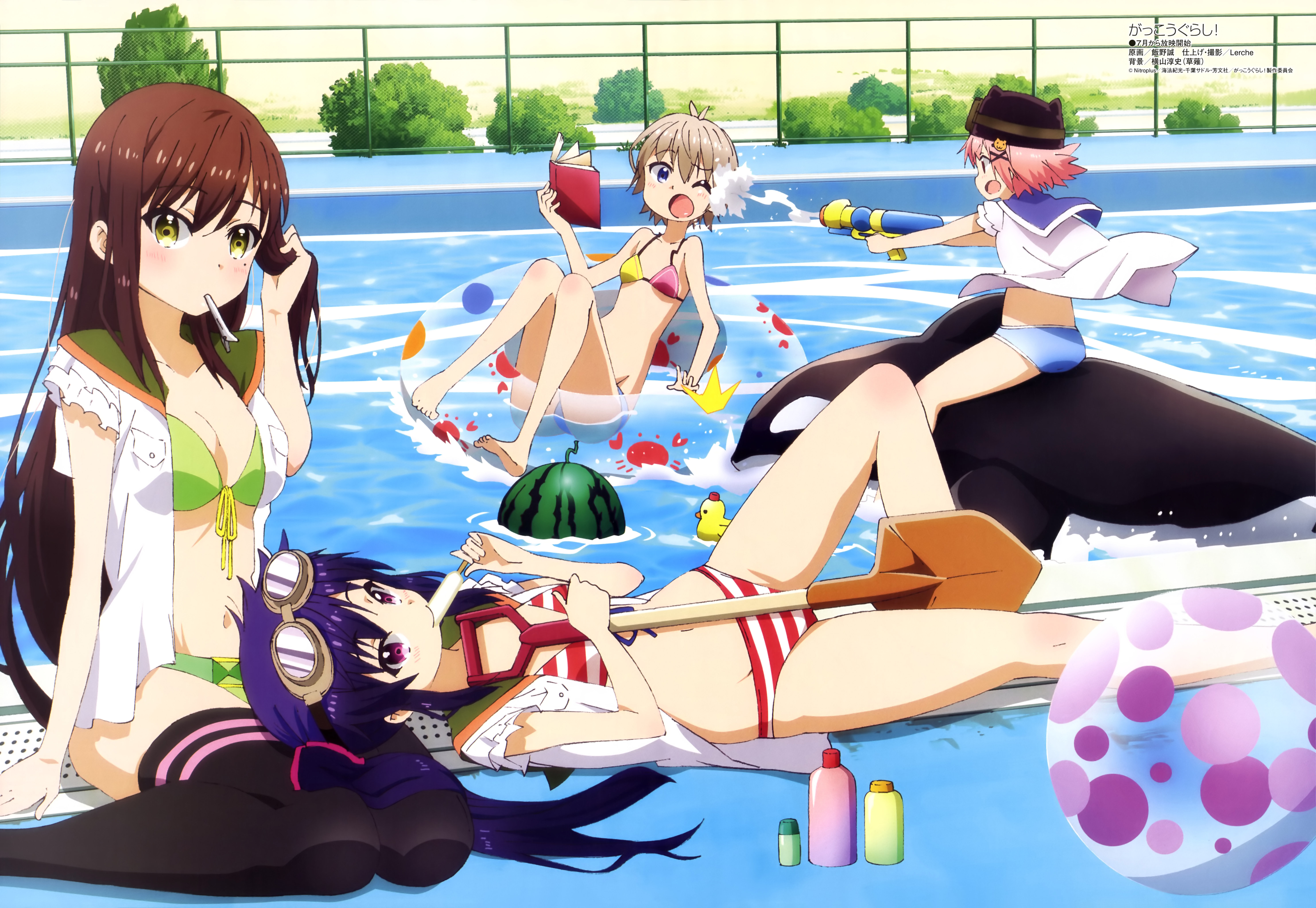 The site has also revealed that the Opening theme of the upcoming anime will be the song Friend Shitai performed by the main cast of the anime. The Ending theme will be performed by Japanese singer Maon Kurosaki.

Gakkou Gurashi! (School-Live!) is a moe, post-apocalyptic zombie manga series written by Norimitsu Kaihou and illustrated by Sadoru Chiba that started in 2012. Kaihou is a writer from the visual novel developer Nitro+. The series is currently being serialized in Houbunsha’s Manga Time Kirara Forward magazine. To date, there have been 4 compiled volumes.