The official website of the two live-action Attack on Titan movies has revealed new material for the upcoming August and September films. Two brand new images and the second trailer were released. 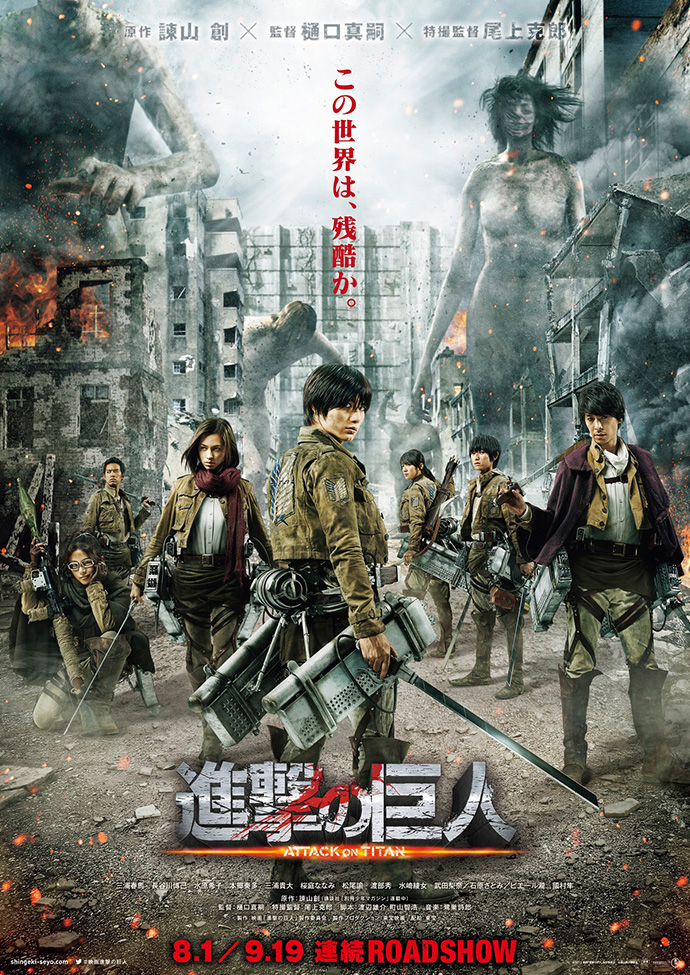 A brand new visual, above, has been released showcasing the main characters of the upcoming film in front of the titans. Another new image showcases and labels the cast and characters: 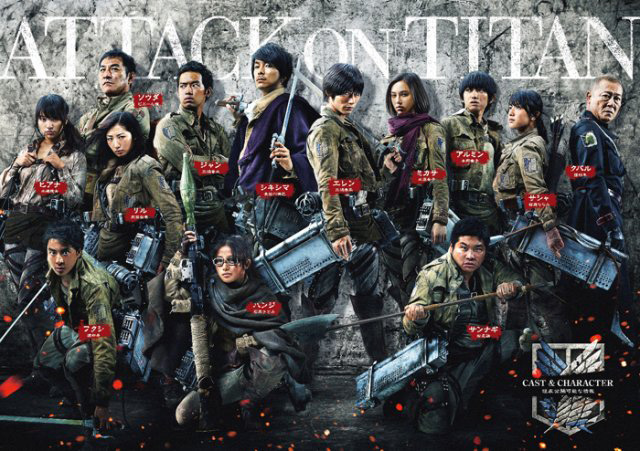 The second official trailer has also been released, which previews the film’s characters in action and gives us the first look of the tremendous titans in action:

The second film will have its own unique subtitle and will be called Attack on Titan: End of the World. It will be released in Japanese theaters on September 19. The first film, simply titled Attack on Titan, will open on August 1st.

Here is the first main visual of the films: 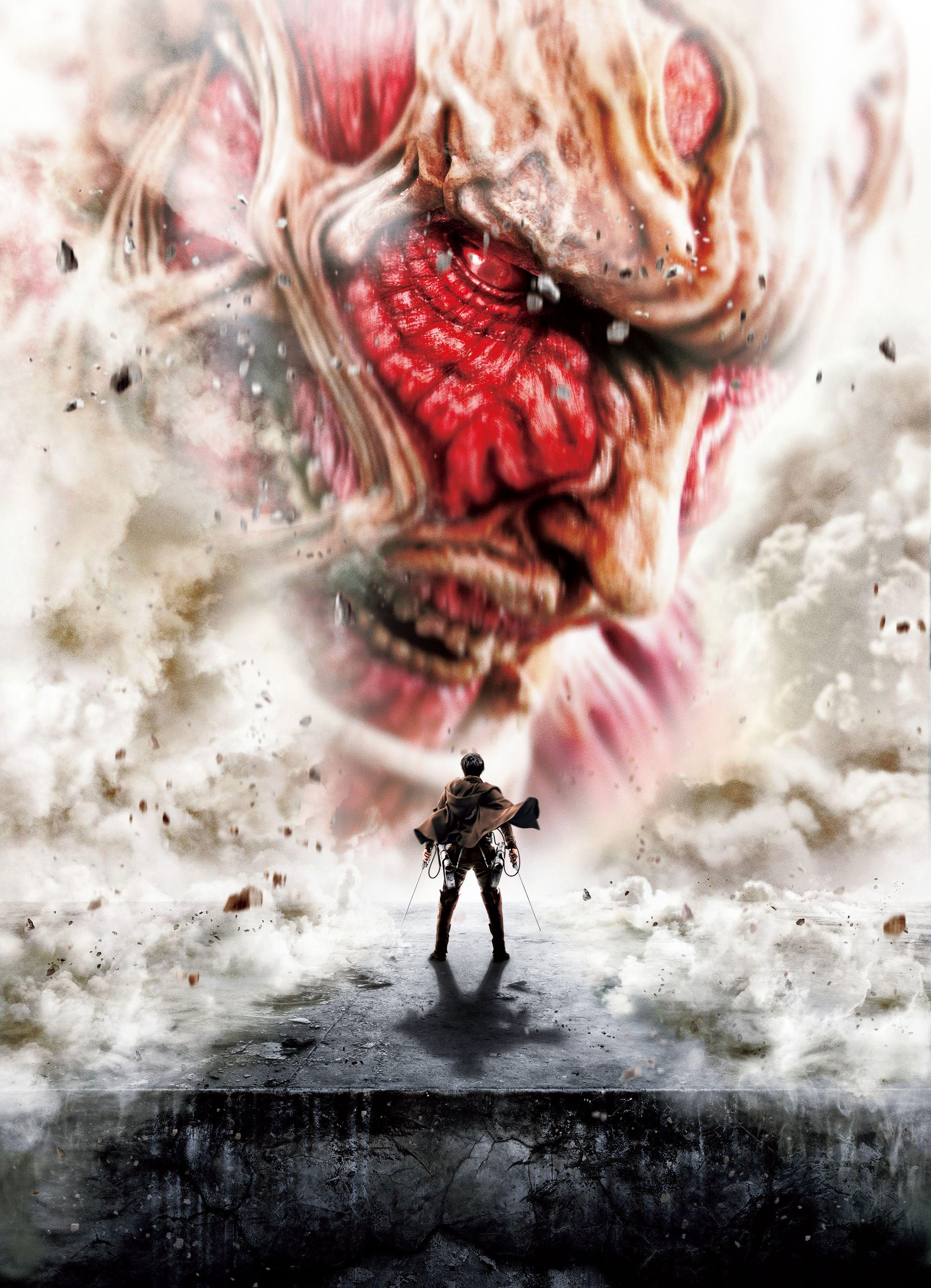 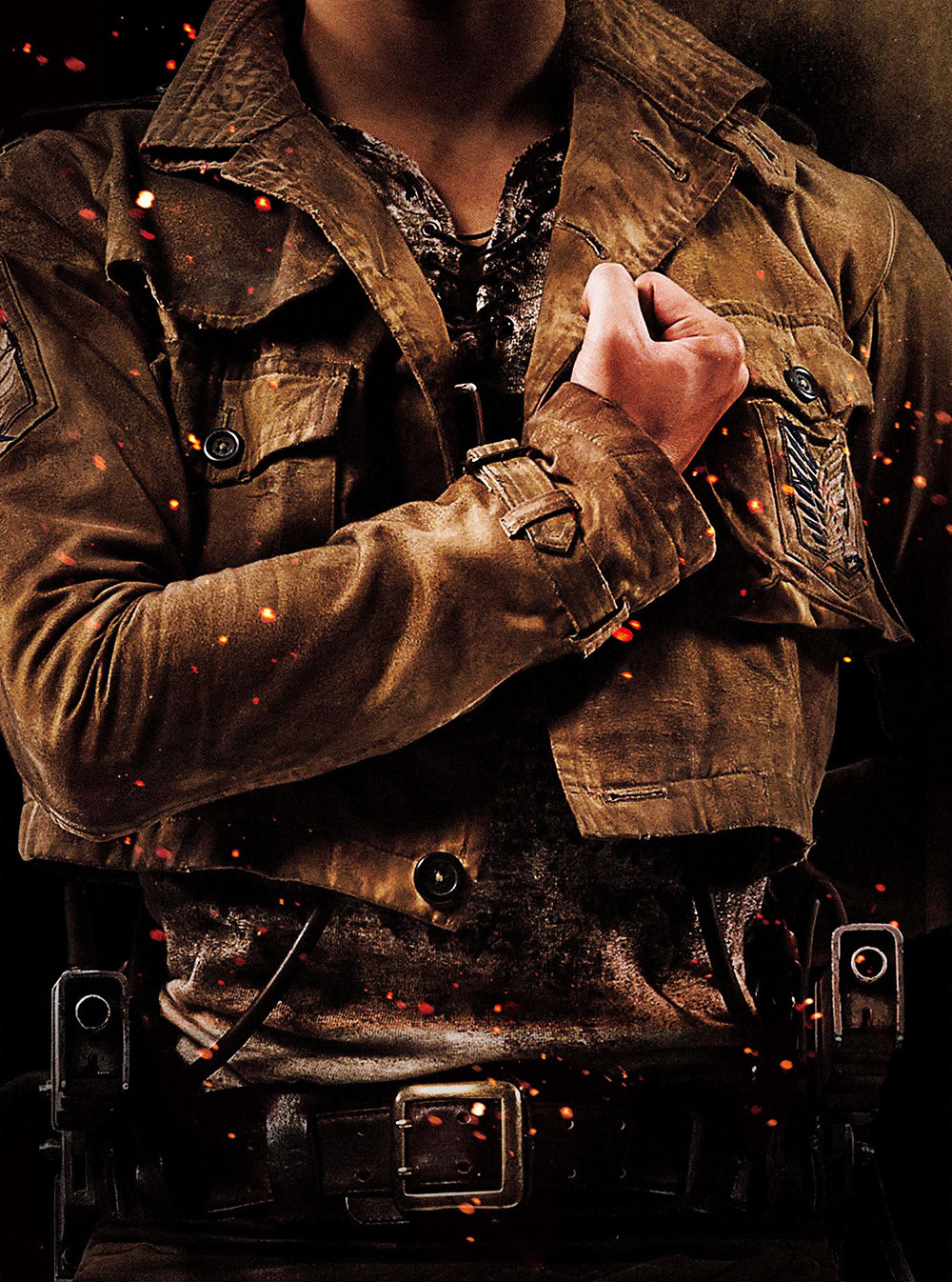 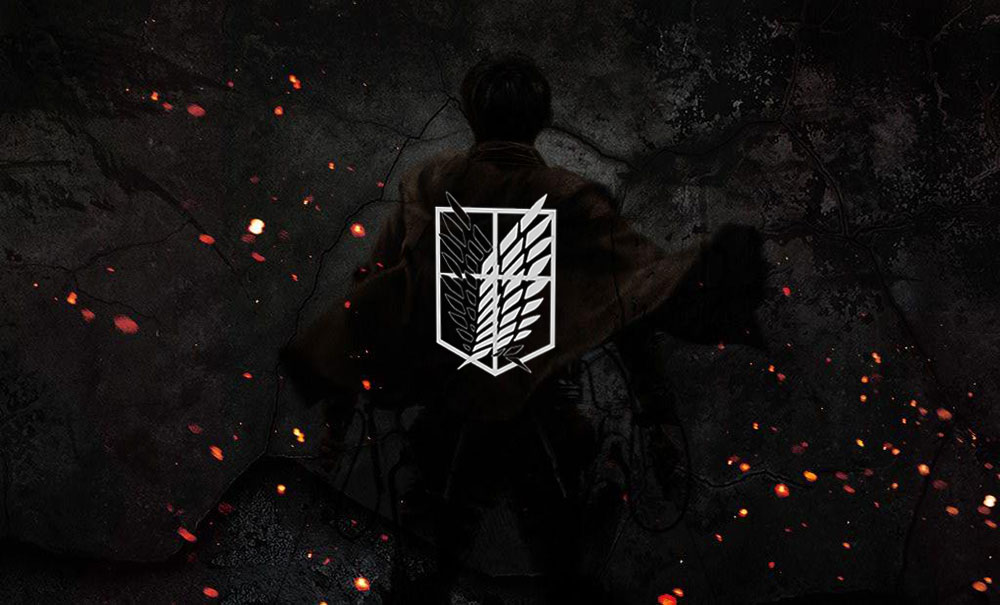