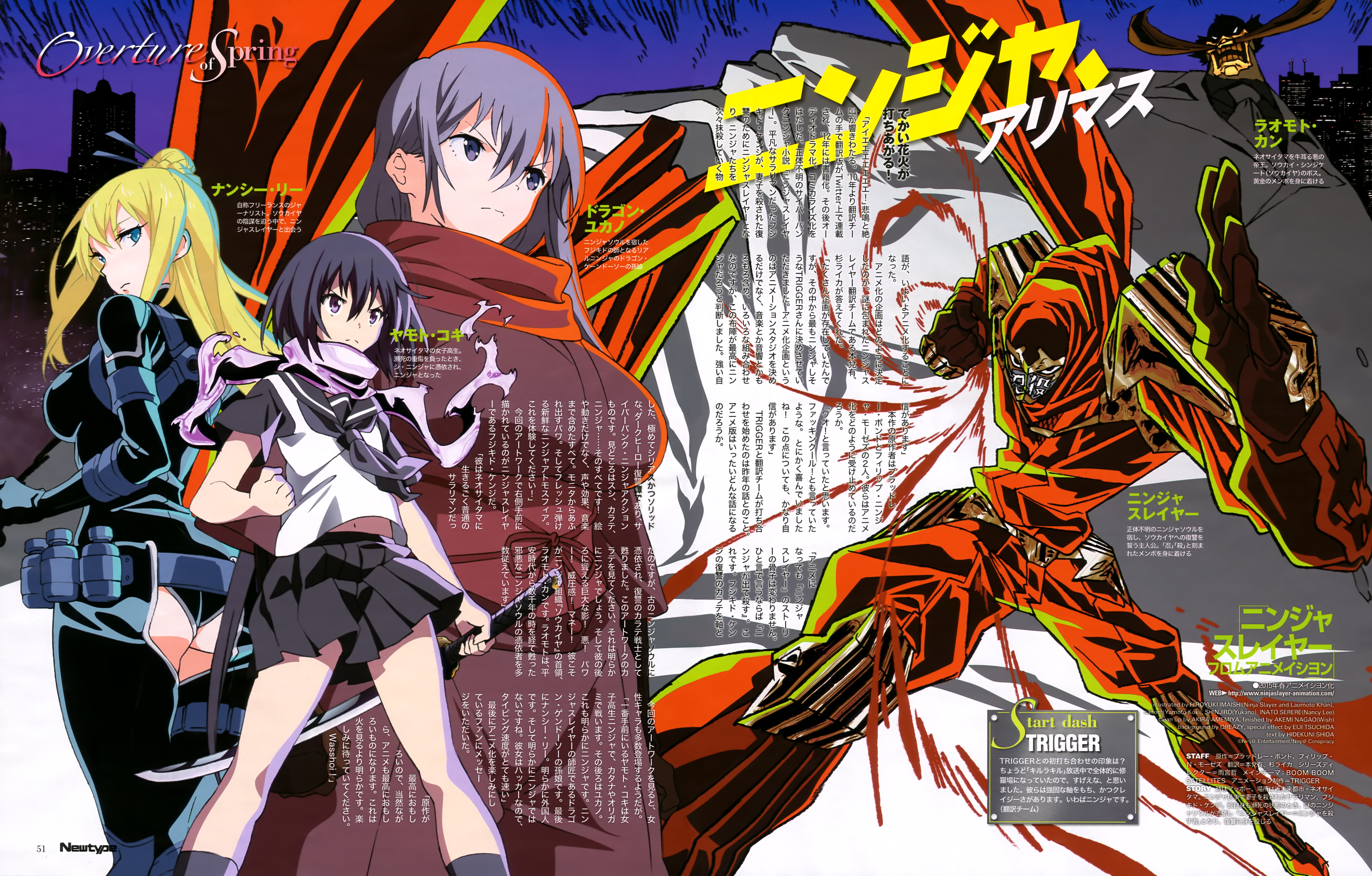 The official website of the anime has also uploaded a new visual taken from the first trailer of the anime. 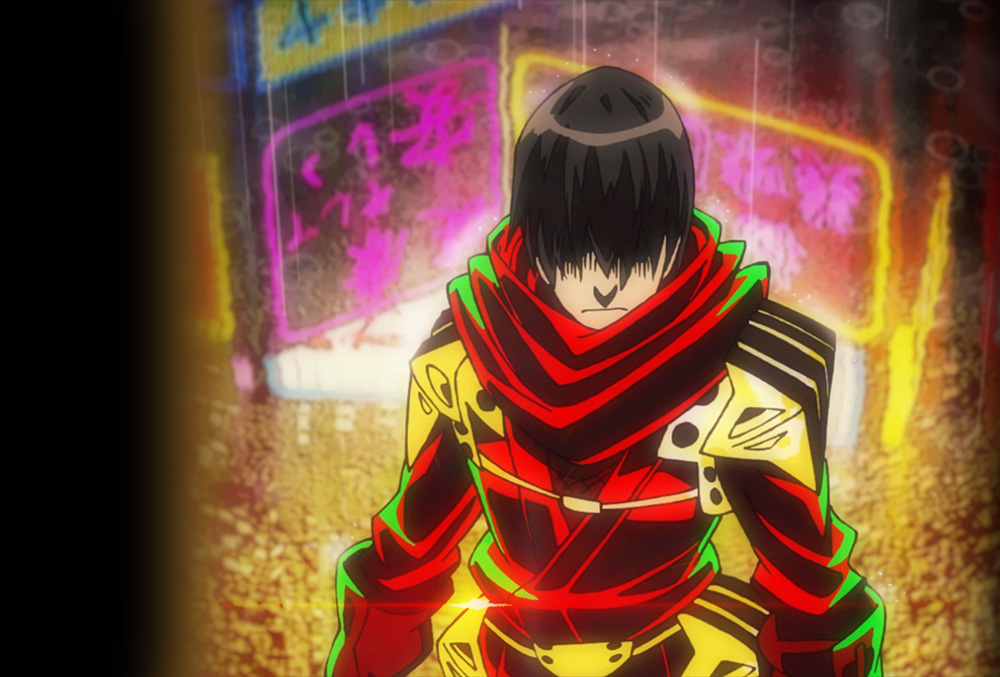 Ninja Slayer from Animation will be airing this April. The first members of the main staff were earlier revealed and includes:

The main theme song of the anime has already been revealed and will be Back in Black from Boom Boom Satellites, who also did the Ending themes for Mobile Suit Gundam UC. 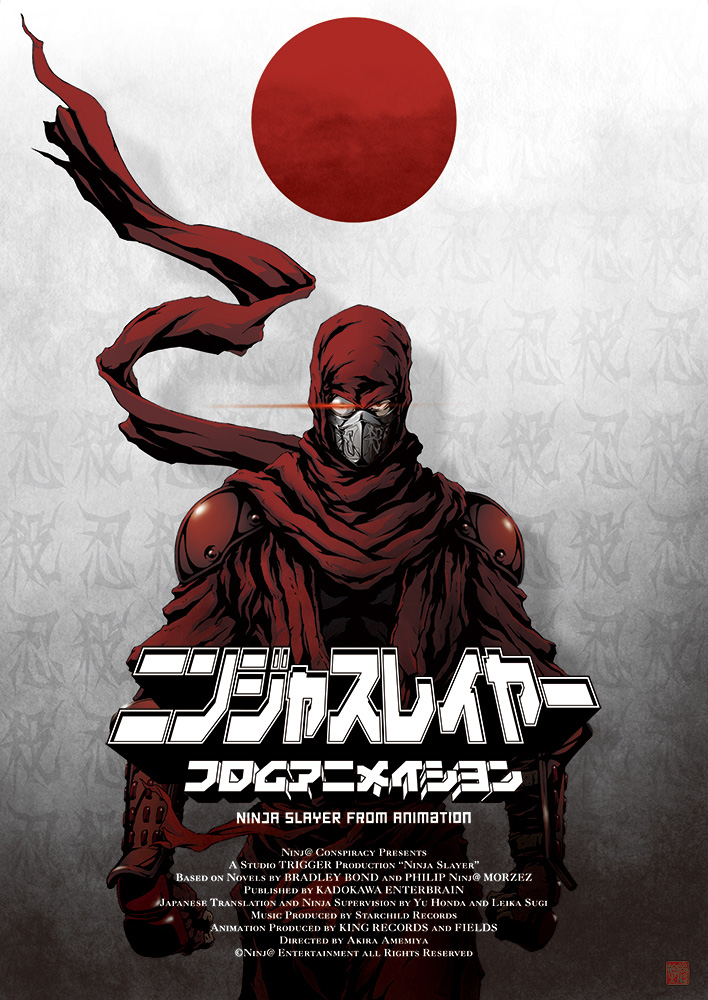 Ninja Slayer originally began as concepts created by Bradley Bond and Philip [email protected] Morzez and was translated into Japanese by Yu Honda and Leika Sugi on Twitter. The story gained popularity and was eventually compiled into a novel published by Enterbrain in 2012. A total of 8 volumes have been compiled so far. Two manga adaptations have been produced on Bradley and Philip’s work, which started serialization last year. A third manga series will be releasing this year. In addition, a drama CD was also produced starring Toshiyuki Morikawa (Minato Namikaze in Naruto) as Kenji Fujikido, the ninja slayer.

Ninja Slayer is a series of novels which follow Kenji Fujikido who vows to hunt down and kill ninjas after his family is slain during a ninja battle. The stories are set in the futuristic city of Neo Saitama. 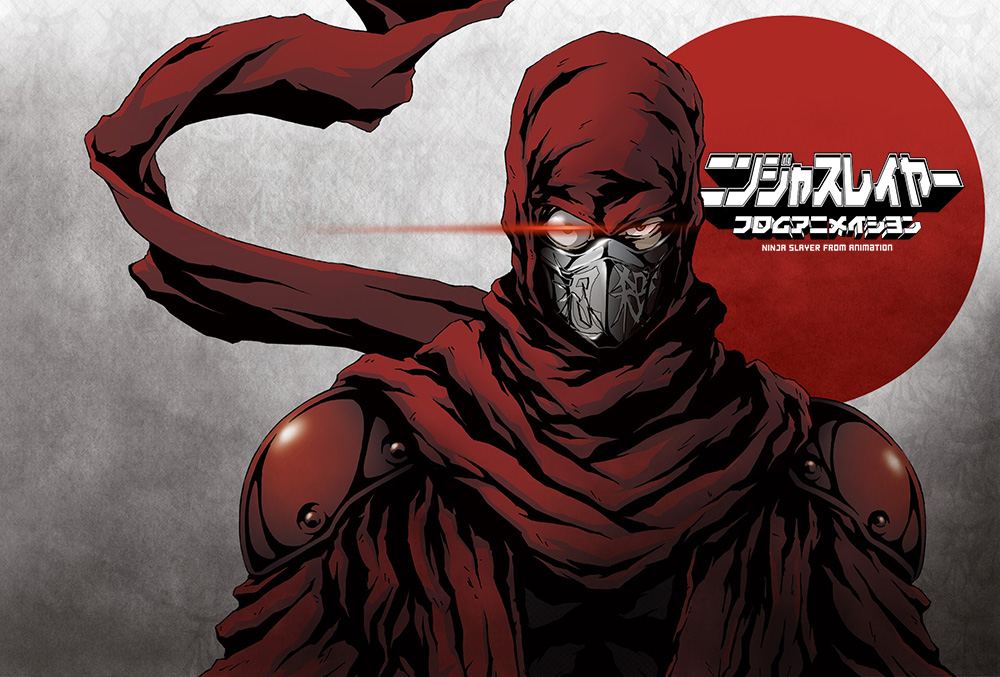 Ninja Slayer from Animation will be airing this April during the Spring 2015 anime season. Further information about the anime will be revealed soon.