Various Japanese TV networks have been listing next week’s episode of ufotable’s anime adaptation of God Eater as the final episode that will be broadcasted. It will be the 9th episode in the series with no indication of whether the anime will continue to be shown on  TV. 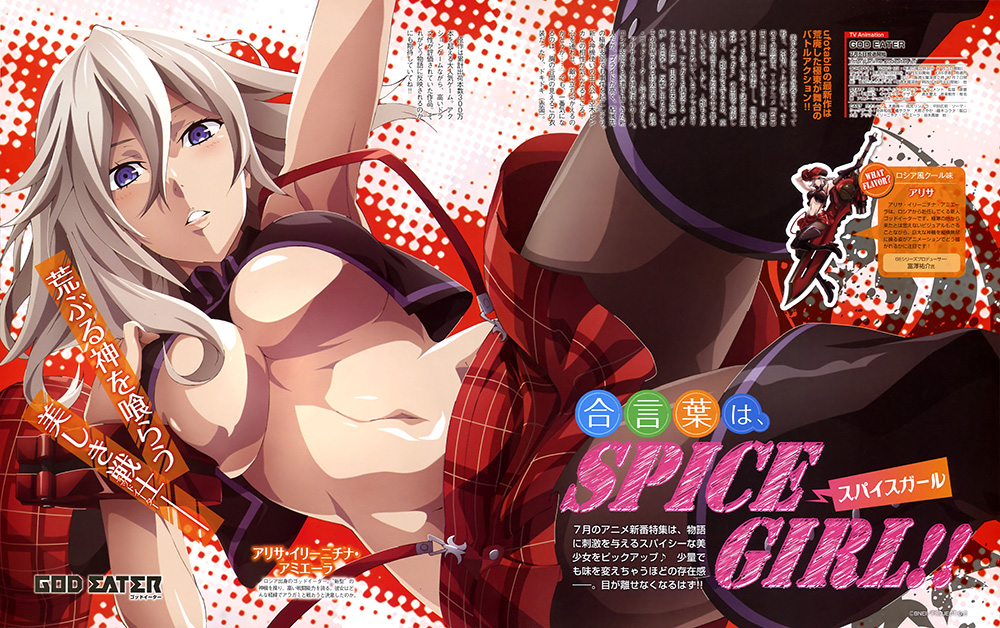 Tokyo MX are listing the upcoming 9th episode of God Eater as the final episode that will be broadcasted on TV. This comes after the various delays that the anime incurred throughout the season where Extra episodes were shown in place. This sums up to a total of 9 full episodes and 4 extra episodes, the latest airing last week, being shown rather than 13 full episodes.

The anime’s official website has not yet commented on the issue. Additionally, it is unknown if the non televised broadcasts will be unaffected. The Comet Lucifer anime will start airing in God Eater’s timeslot starting from October 4th.

The 9th episode of the God Eater anime will air on Sunday, September 27 at 10:30pm JST on Tokyo MX. The online simulcast of the anime may continue despite the TV broadcast ending next week.