The site has revealed that the main cast from the previous anime season will return in Non Non Biyori Repeat. Alongside the new character designs, the main cast includes:

The first promotional video was also revealed introducing the main characters of the anime and revealing that the anime airs this July. 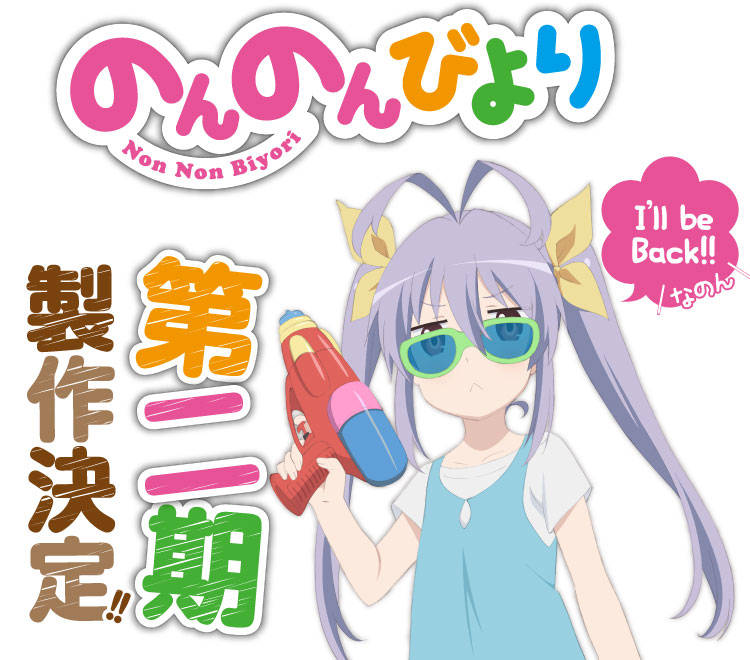 The second season of Non Non Biyori, Non Non Biyori Repeat, will be airing in Japan this July during the Summer 2015 anime season. Further information about the anime will be revealed throughout the year.