The official website of the anime adaptation of Wataru Watari and Ponkan8’s Yahari Ore no Seishun Love Comedy wa Machigatteiru. (My Teen Romantic Comedy SNAFU) light novel series has revealed the preview synopsis for episode 12 of the anime’s second season, Oregairu Zoku. The episode itself will air on Friday the 19th of June at 1:51am JST on TBS. We apologise for the lateness.

Episode 12: Still, The Thing He Seeks Is Out of Reach, And He Continues to Mistake What’s Real.

It is currently Valentine’s Day. Yumiko and Saki visit the Service Club, where Yumiko wants to give a present to Hayama and the Saki wants to make chocolate for her little sister. Yukino teaches them how to cook and they invite the two to sample their food. 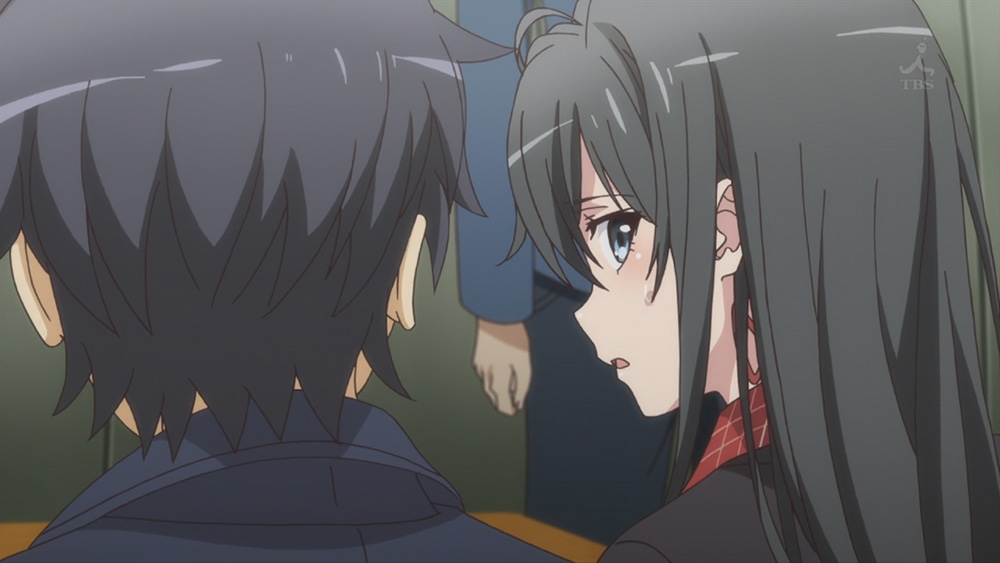