The official website of the anime adaptation of Wataru Watari and Ponkan8’s Yahari Ore no Seishun Love Comedy wa Machigatteiru. (My Teen Romantic Comedy SNAFU) light novel series has revealed the preview synopsis of episode 4 of the anime’s second season, Oregairu Zoku. The episode itself will air on Friday the 24th of April at 1:51am JST on TBS.

While still looking for a solution for the student council president election, Hachiman has been requested by Haruno for him to join in on a double date with Kaori, Hayato and Chika at the cafe. At the same time, Yumiko and Iroha nearly miss Hayato in the cafe, both who have feelings for him. And now Yukino and Yui have entered the cafe. In addition, Haruno has also appeared and is steering the conversations into an unexpected direction. Yukino tries to come to her own decision about the student council election.

Also, did you know that Yui… 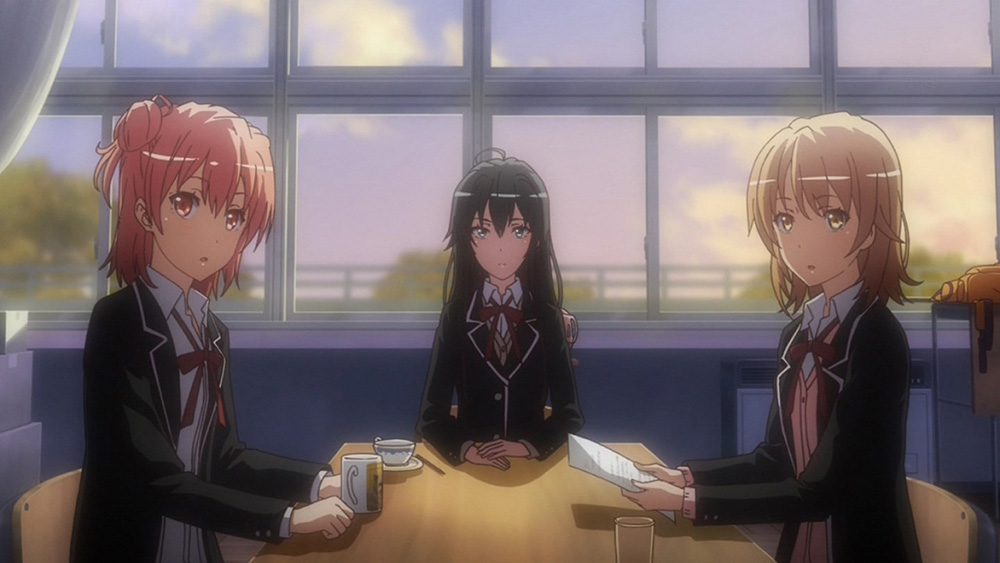