The official website of the anime adaptation of Wataru Watari and Ponkan8’s Yahari Ore no Seishun Love Comedy wa Machigatteiru. (My Teen Romantic Comedy SNAFU) light novel series has revealed the preview images of episode 5 of the anime’s second season, Oregairu Zoku. The episode itself will air on Friday the 1st of May at 1:51am JST on TBS.

Episode 5: The Scent of Tea Doesn’t Fill this Room Anymore

Hachiman could not consult the two members from the Service Club running in the Student President Council election, but after a talk with his sister Komachi he finds some motivation. “I want to remain in the Service Club with Yui and Yukino”, Komachi hopes that his brother can find a solution. However, as the election date nears both Yui and Yukino are adamant in winning the election, as Hachiman begins to torment himself an idea pops into his head. With the help of Yoshiteru Zaimokuza, what solution did Hachiman arrive at to prevent the two from winning? 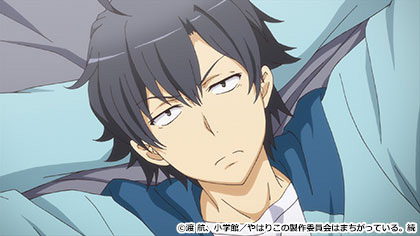 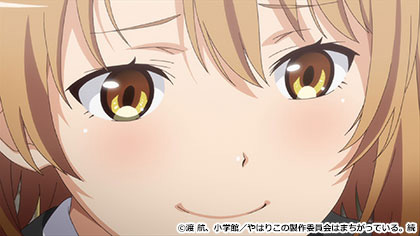 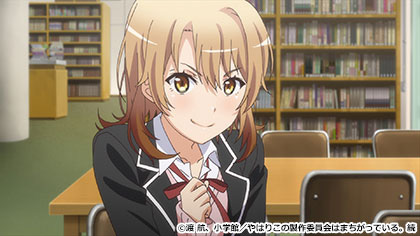 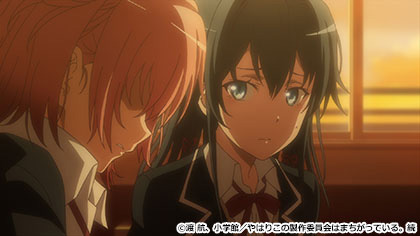 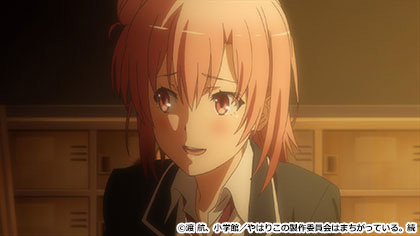