The first promotional video has been released for Persona 3 The Movie #3: Falling Down, the third anime movie based on the Persona 3 JRPG developed and published by Atlus. This video previews the new character that will be appearing in the upcoming film, Ryoji Mochizuki, who will play an instrumental role. The movie will be directed by Keitaro Motonaga (Date A Live, Jormungand) with Seiji Kishi (Persona 4 The Animation, Angel Beats!) returning to supervise, and will be animated once again by AIC (Sora no Otoshimono, Jinrui wa Suitai Shimashita). It will star Akira Ishida (Kotaro Katsura in Gintama) as Makoto Yuuki, Kousuke Toriumi (Shunsuke Imaizumi from Yowamushi Pedal) as Junpei Iori and Megumi Toyoguchi (Chifuyu Orimura in Infinite Stratos) as Yukari Takeba, though Ryoji’s voice actor has not yet been revealed.

Persona 3 The Movie #3: Falling Down will be releasing in Japanese theaters from April 4th with advanced tickets going on sale today.

The anime’s website has released new character designs and the main key visual: 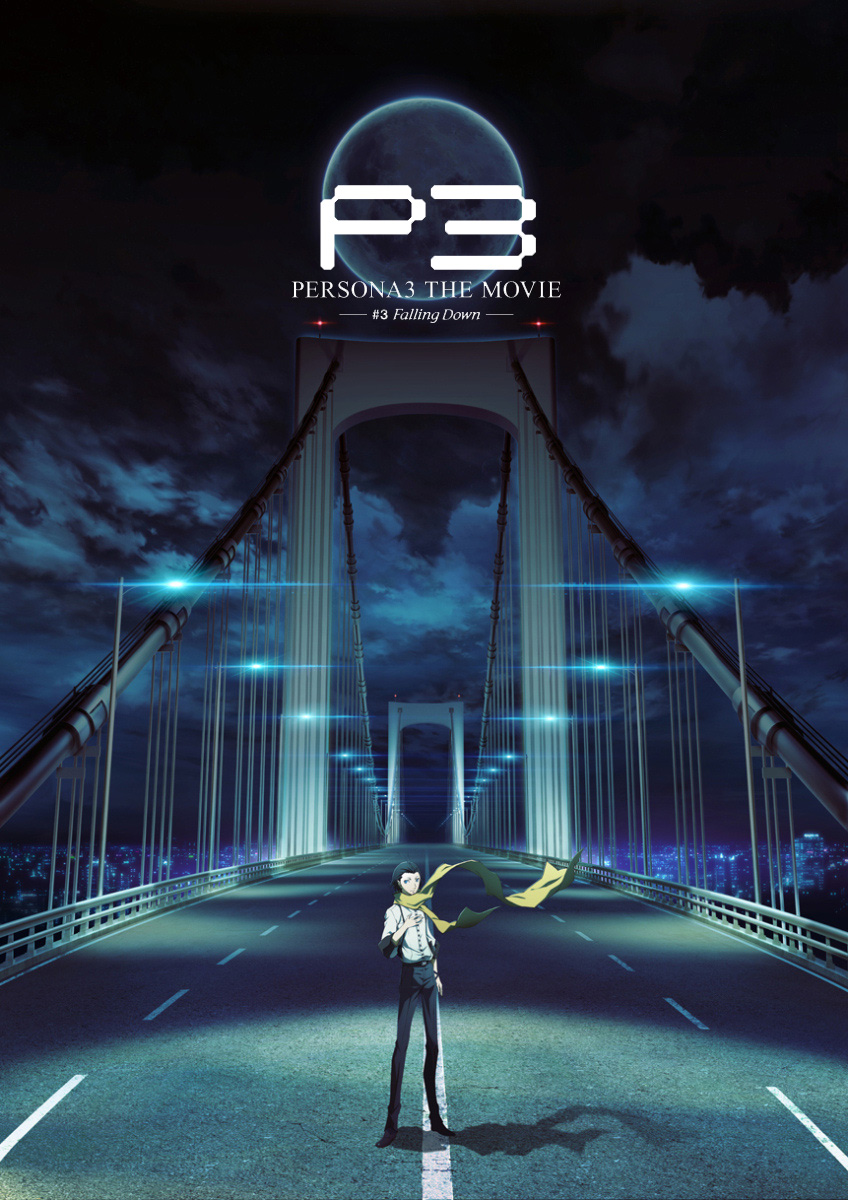 And here is the film’s synopsis:

The season turns to autumn. The fight of the protagonist and his group S.E.E.S. with the strange monsters Shadows is getting closer to an end. Makoto and his allies engage in life-or-death battles with Shadows in order to end the Dark Hour. Through the battles, some must face the deaths of friends and family, some must notice what precious things must be protected, and some must find meaning in the battles that have occurred.

In front of Makoto, the mysterious transfer student Ryōji Mochizuki appears. When the group greets a new morning, the gears of fate begin to turn. A fight revolving around each of the heroes’ bonds begins…