The official website of the Persona 3 anime movie adaptations has updated the key visual of the upcoming third film, Persona 3 The Movie #3: Falling Down, that reveals the release date of the movie, April 4th. Additionally, new character designs and details about advance tickets for the film were also revealed. 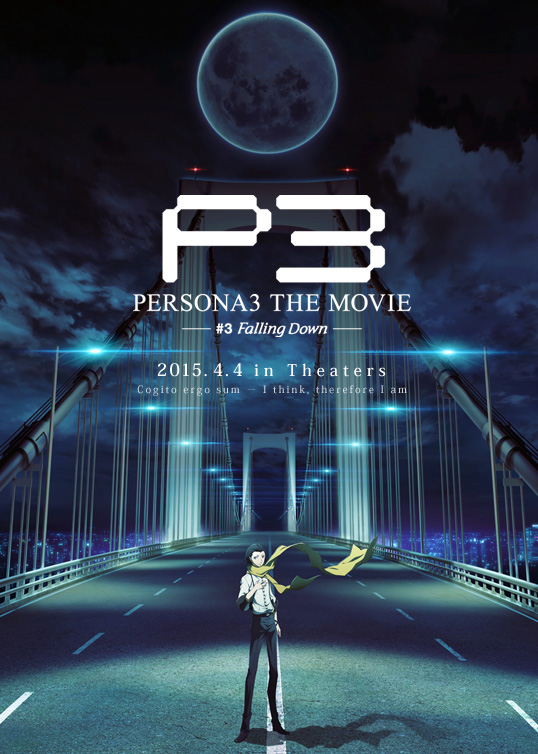 The new visual also reveals the tagline for the upcoming movie, which features the famous philosophical proposition:

Cogito ergo sum – I think, therefore I am

The anime’s site also reveals the character designs for the films with the cast members that will reappear in the upcoming movie:

The new visual itself features a brand new character to the film series, Ryoji Mochizuki. He is a mysterious transfer student enrolled in Gekkoukan High School. The site has released new character designs for Ryoji, who will be a major part of the upcoming film, but have not revealed his cast member so far. 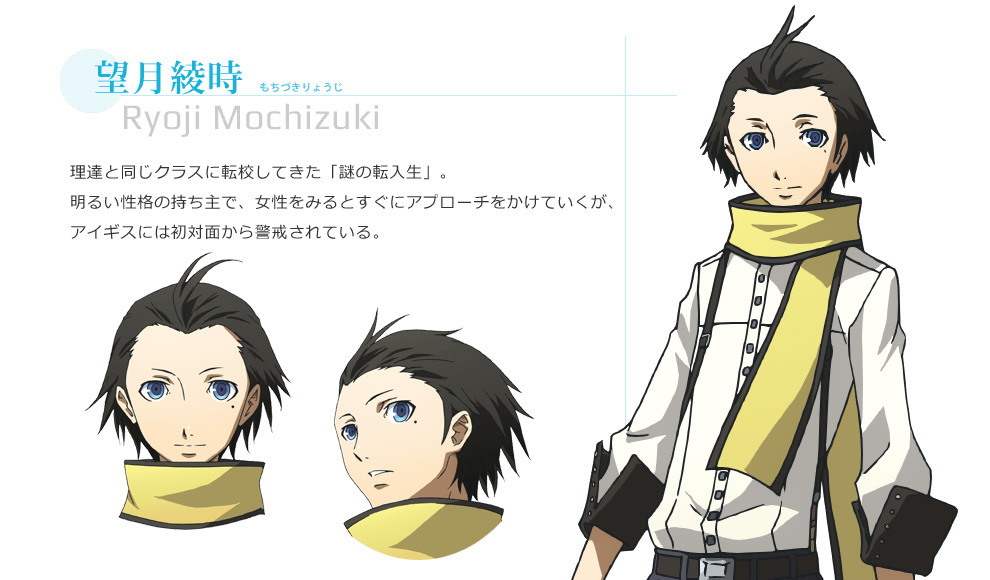 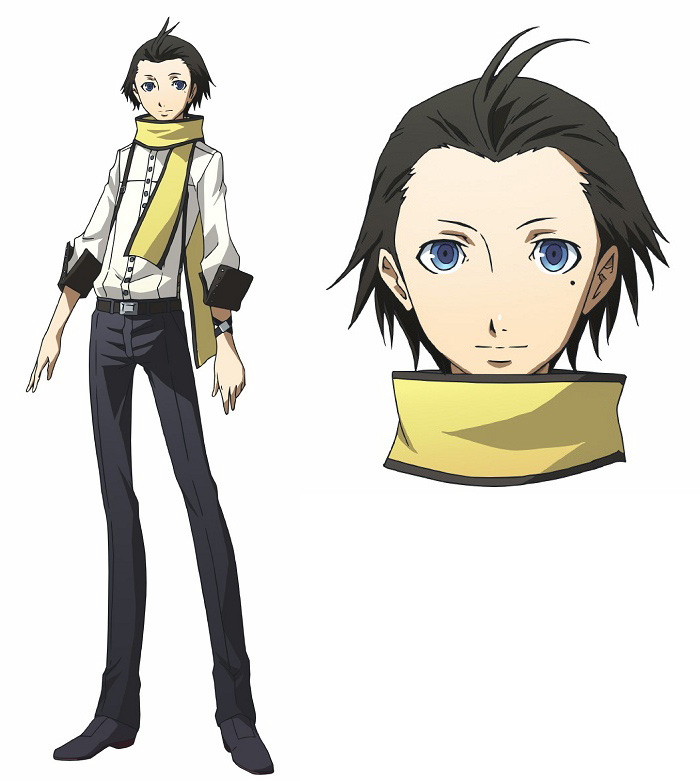 Advanced tickets of the film will go on sale from the 10th. People who purchase the advance tickets at participating theatres will also receive a double sided poster of the main visual and a 2015 calendar. The bundle will cost ¥1,500 (~ $15.00 USD).

The film itself will feature the return of the cast from the 2nd film, Midsummer Knight’s Dream. The anime’s website has also revealed the staff members producing the film, where a new director will be helming helming the production of the film:

Persona 3 is a PlayStation 2 JRPG developed and published by Atlus in Japan in 2006 and in the West in 2007 and 2008. The game is part of a spin-off series to Atlus’ greater Shin Megami Tensei franchise. Upon release the game received overwhelmingly positive reception selling over 120,000 copies in the first week of release. The game follows a new student of Gekkoukan High School where he is staying at a new dorm. Set in a present day city, when the clock hits midnight very strange and dark things being to occur and the only way to stop them is with the new mysterious power, Persona. In the game players need to balance the typical High School life of exams, meeting with friends and studying, with exploring a large dungeon and defeating menacing foes. The game itself received a sequel titled Persona 3 FES two years after the release of the game. A port to the PlayStation Portable was also produced and released in 2009 in Japan, and 2010,2011 in the West. The game also included a playable female protagonist.

Here is a synopsis of Persona 3 The Movie #3: Falling Down:

The season turns to autumn. The fight of the protagonist and his group S.E.E.S. with the strange monsters Shadows is getting closer to an end. Makoto and his allies engage in life-or-death battles with Shadows in order to end the Dark Hour. Through the battles, some must face the deaths of friends and family, some must notice what precious things must be protected, and some must find meaning in the battles that have occured.

In front of Makoto, the mysterious transfer student Ryoji Mochizuki appears. When the group greets a new morning, the gears of fate begin to turn. A fight revolving around each of the heroes’ bonds begins… 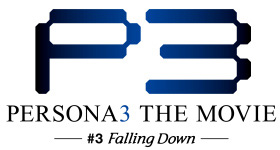 Persona 3 The Movie #3: Falling Down will be releasing in Japanese theaters from April 4th with advanced tickets going on sale from the 10th of January. More information about the movie will release soon.