The official website of the Angel Beats! visual novel has revealed that pre-orders of the first volume in the series, Angel Beats!-1st Beat-, are currently open. Additionally, if you pre-order at specific retailers you will receive one of the various seductive posters of the game’s main female characters, which retailers refer to as “Benefits”. 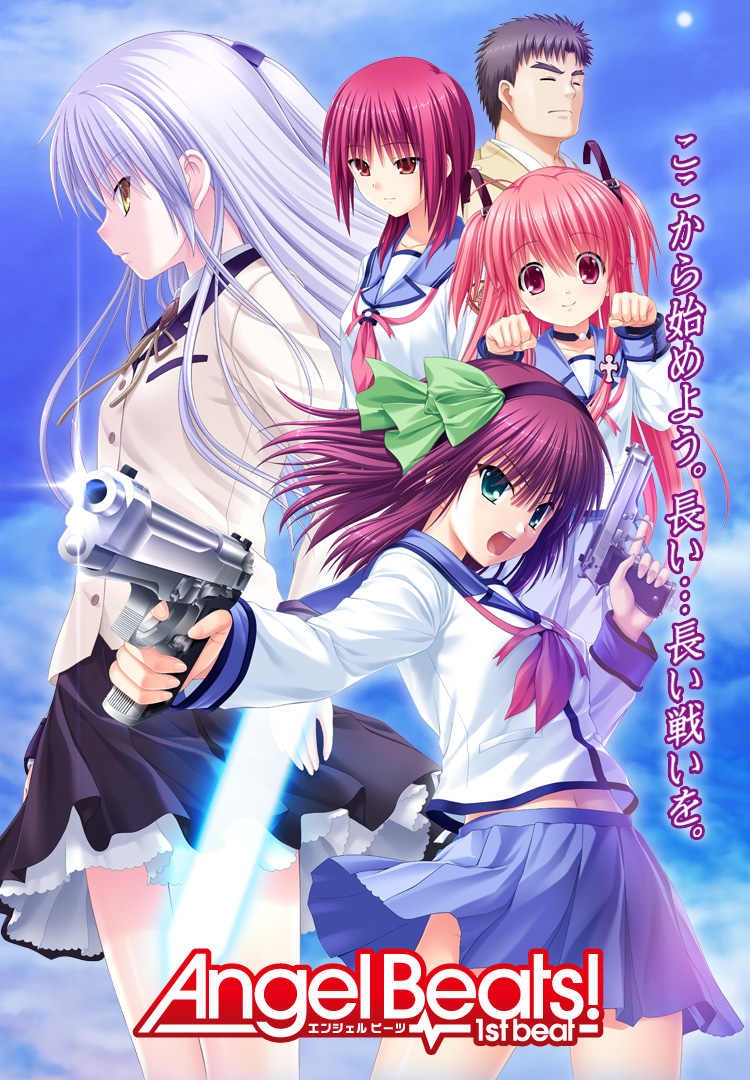 Pre-orders for Angel Beats!-1st Beat- are currently open ahead of the visual novel’s May 29th release on PC. There will be a limited edition version of the game and 8 participating retailers are currently offering special limited edition posters drawn by character designer Na-Ga, that are quite saucy in nature. These are also currently in limited quantity, so if you wish to receive one be sure to place an order quickly. Do note the following images are:

If you order the game from Sofmap, you get two posters: one of Kanade Tachibana and one of her clones in their undergarments on the bed, and the second poster is of Yui in her undergarments. 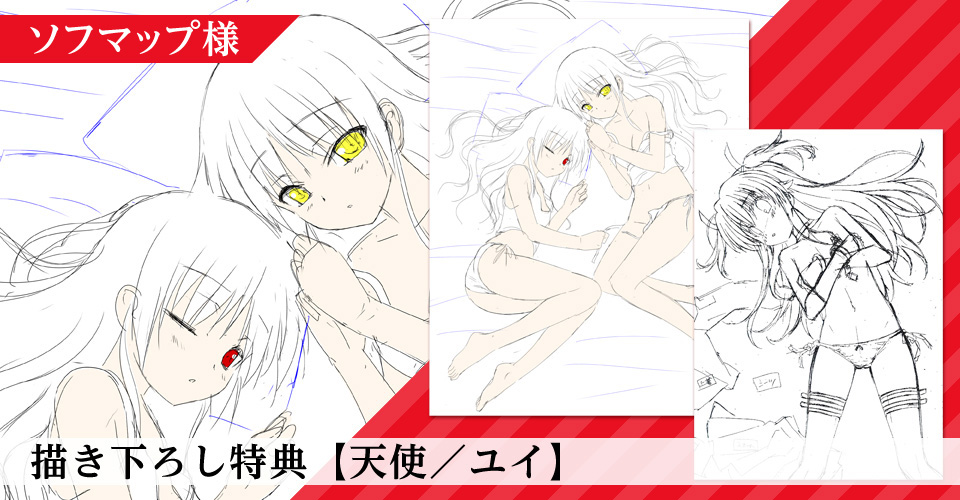 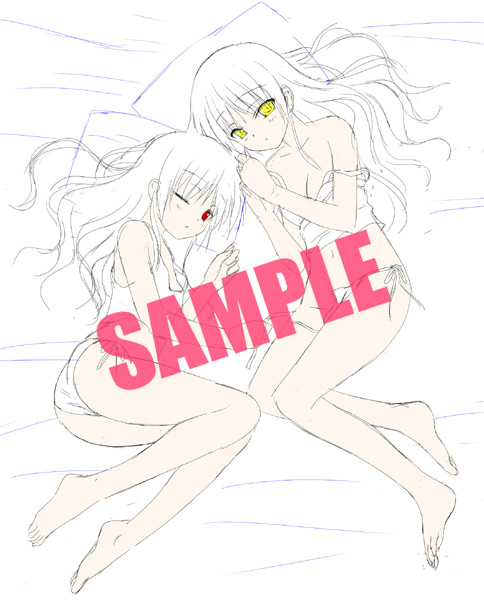 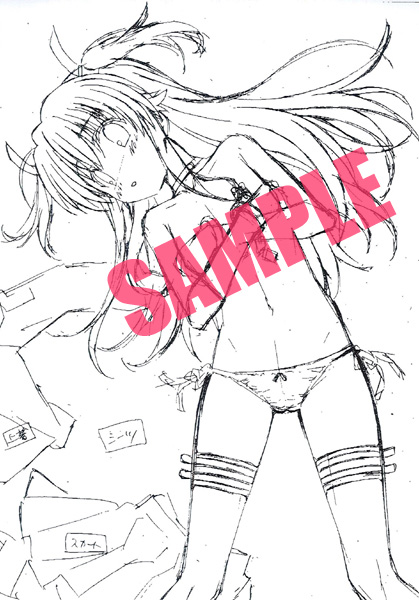 Getting the game early from Getchu.com will reward you with this long poster of Masami Iwasawa with her guitar:

Pre-ordering Angel Beats!-1st Beat- from Medio will grant you a poster of Yui cooking in nothing more than an apron: 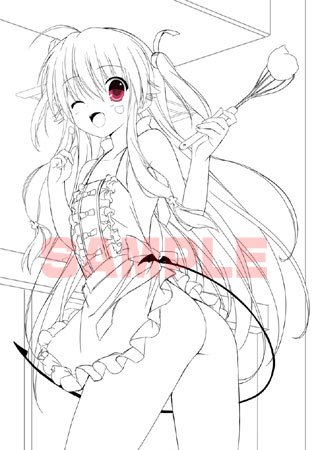 Melon Books customers will receive this saucy poster of Yuri Nakamura taking a bath with her rubber duck: 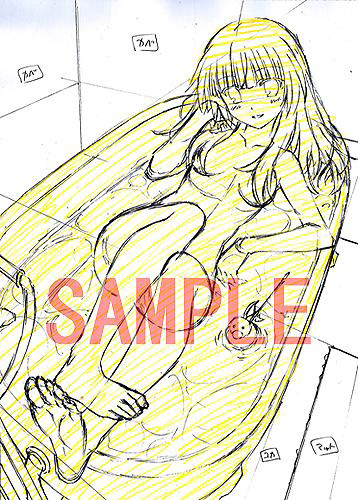 Ordering the game via Toranoana’s mail order service will nab you this poster of Yuri at the beach with her bra off:

Continuing with the beach theme is Anibro’s special poster with Kanade in a swimming tube with her clothes sliding off: 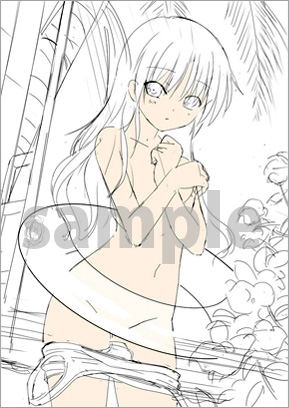 Ordering the game from Ampnet will reward you with a poster of Masami with an open shirt listening to music: 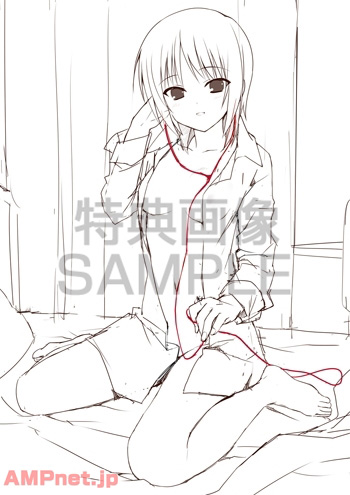 The final store offering a unique poster is Animate’s online shop, which will provide early customers with this poster of Kanade being barely covered in Otonashi’s blazer:

In addition to the posters, all pre-orders of the visual novel at the above stores will get a copy of Girls Dead Monster’s newest single, Million Star. 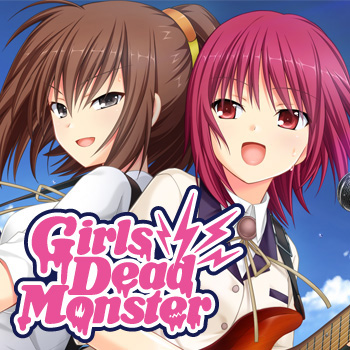 Angel Beats!-1st Beat- will cover three character arcs and reportedly reaches up to the 10th episode of the anime. The three characters that will be focused on in -1st Beat- are Iwasawa’s, Matsushita’s and Yui’s routes. In the Angel Beats! VN you will play as Yuzuru Otonashi, the main character from the anime. The event also revealed that the visual novel will feature the retain of the same voice actors and voice actresses from the anime. The main theme of the visual novel will be Heartily Song sung by Lia, who also performed the Opening theme of the original anime. The song will also be written and composed by Jun Maeda.

Here is the first promotional video for the VN:

Here are some CG screenshots of the game: 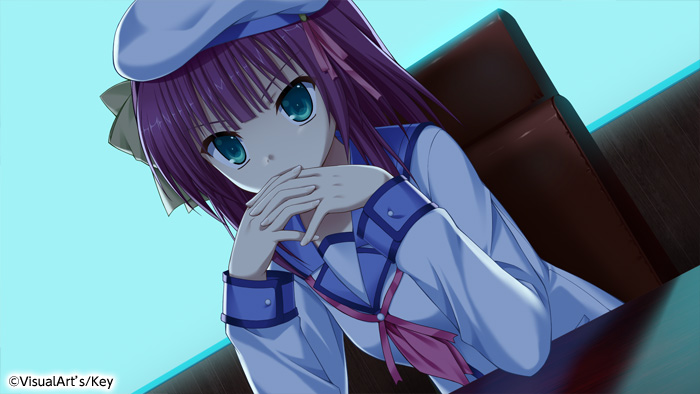 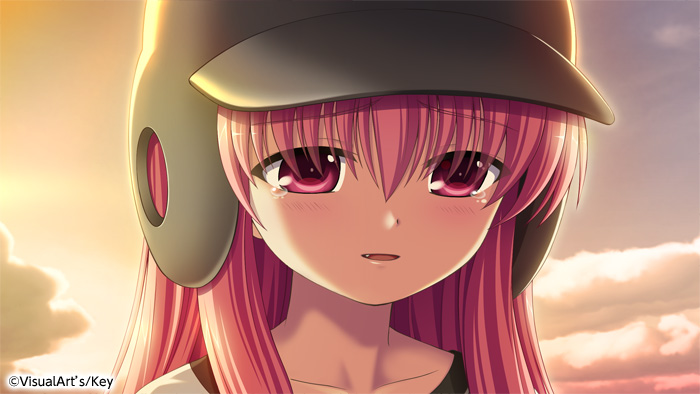 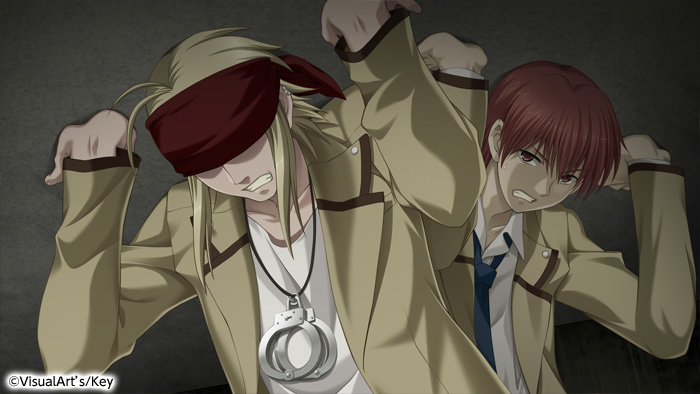 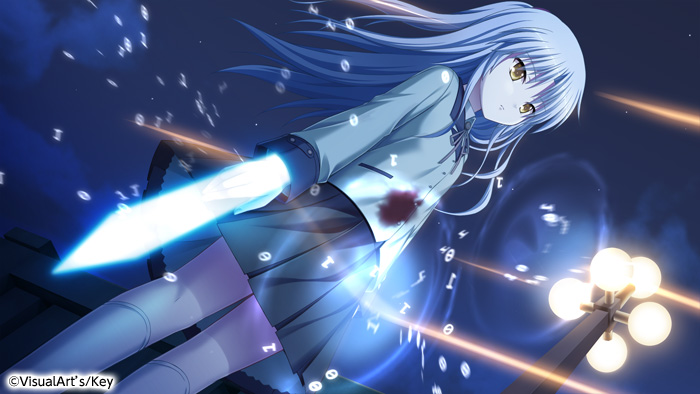 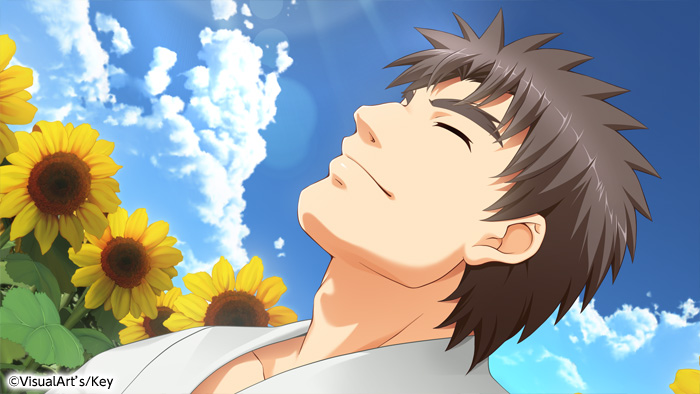 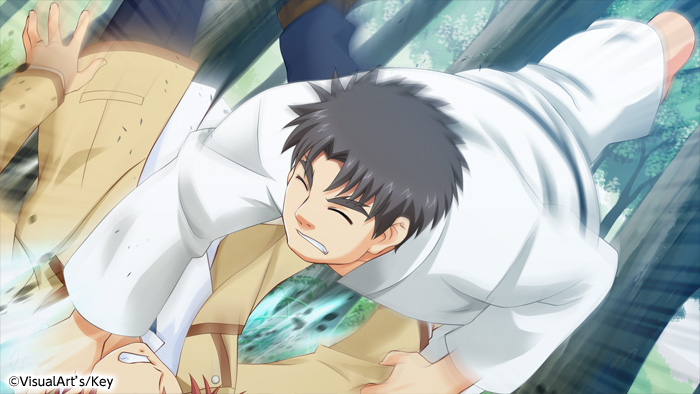 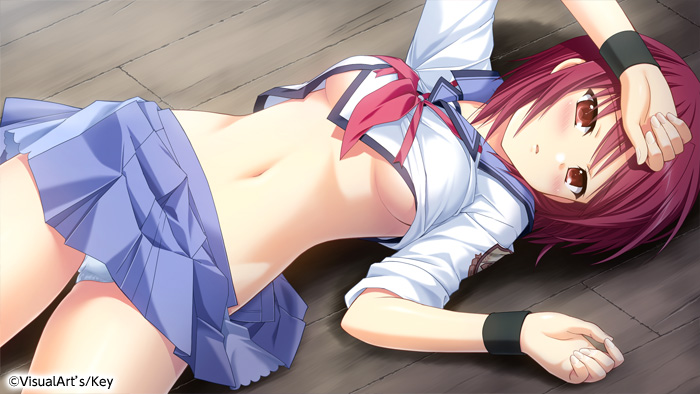 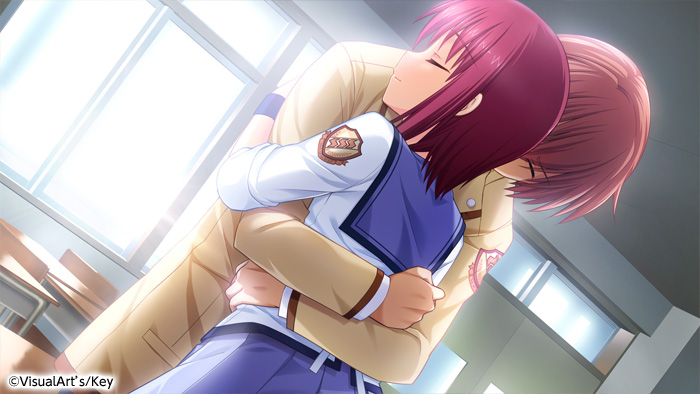 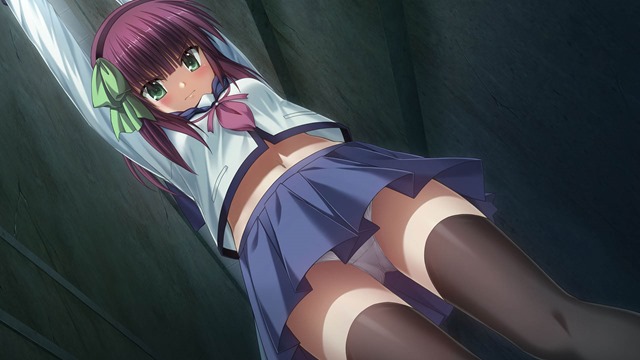 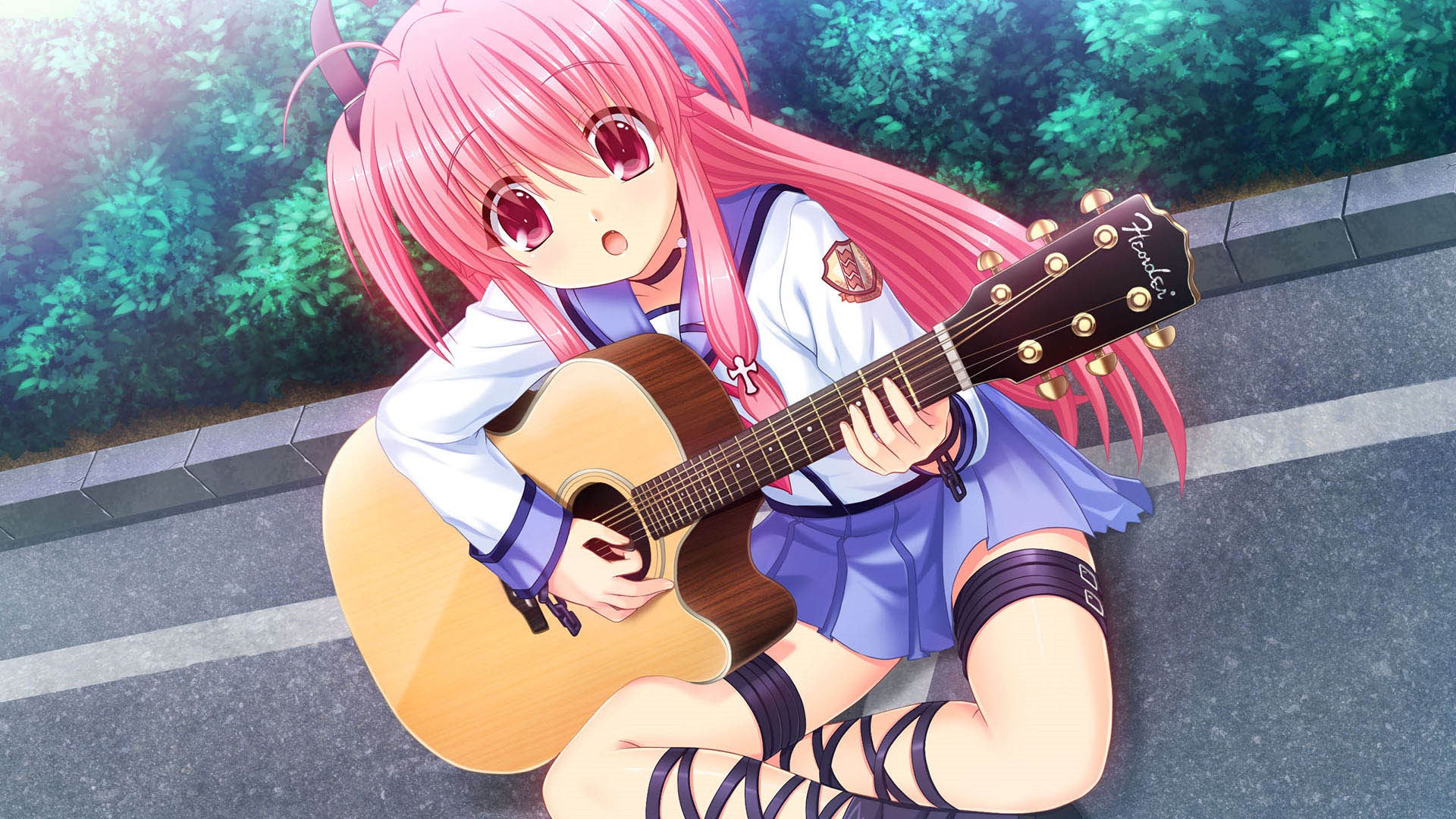 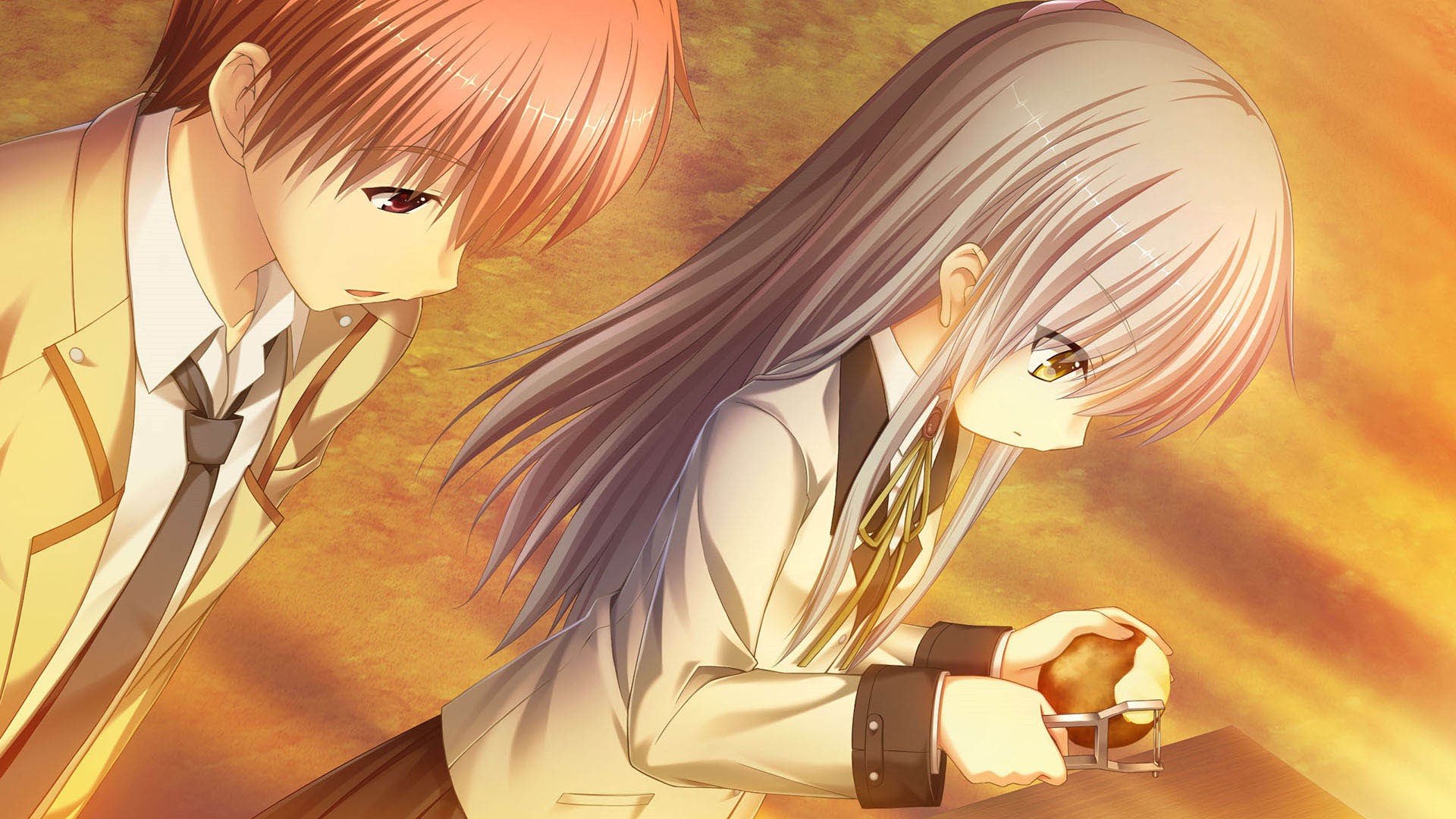 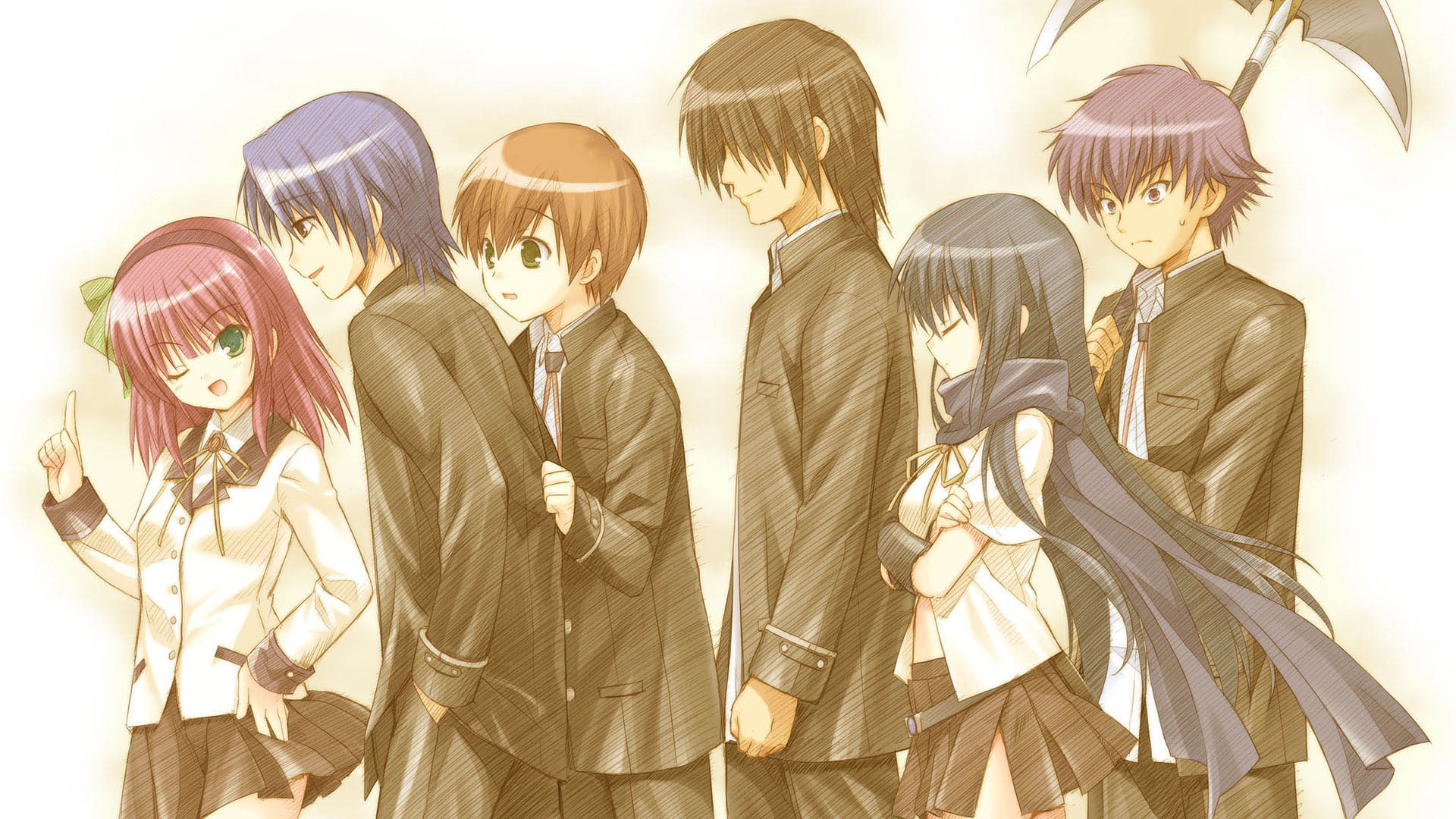 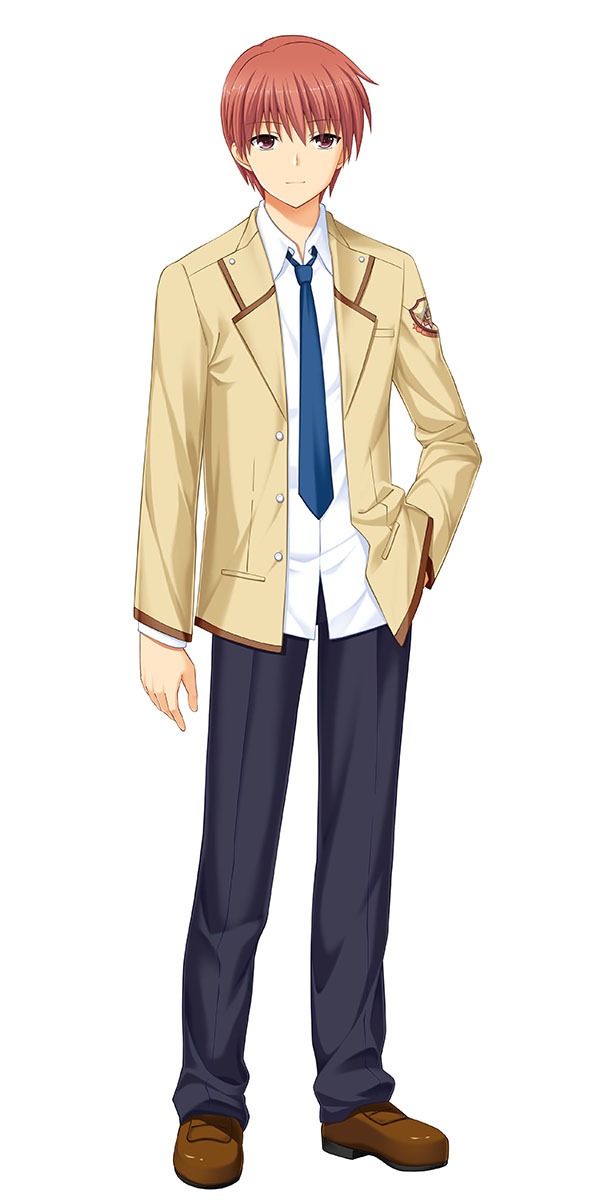 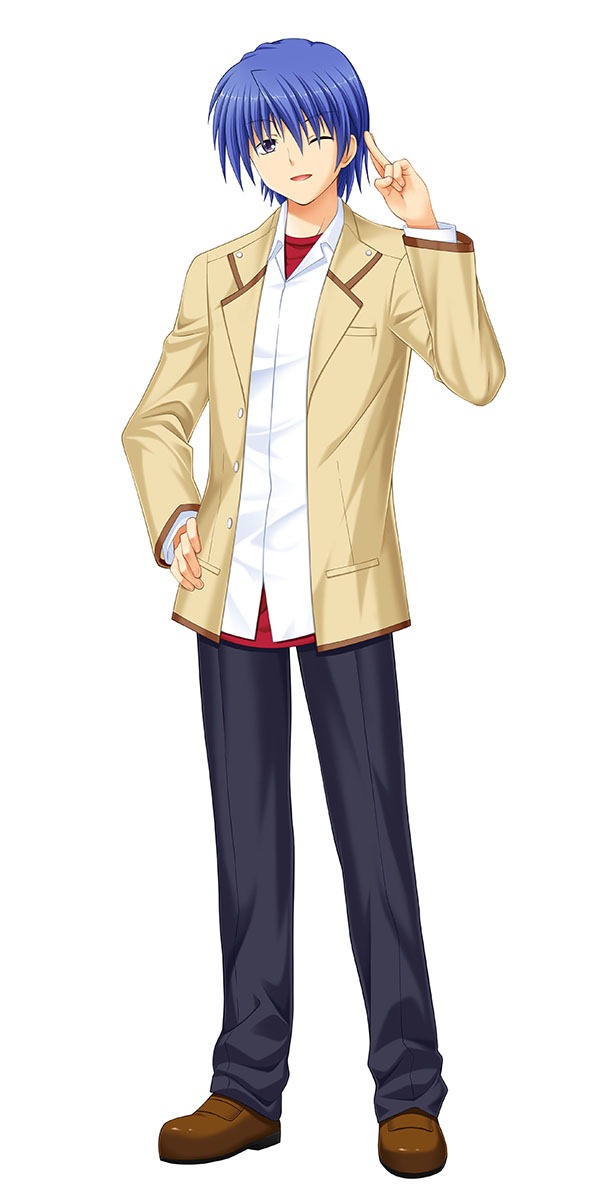 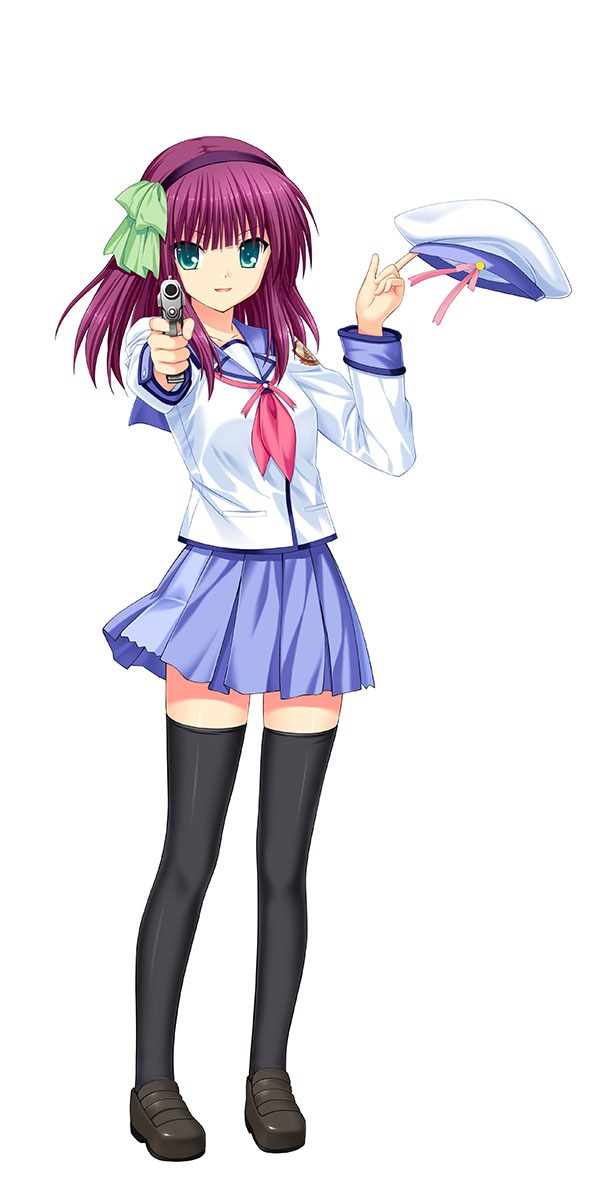 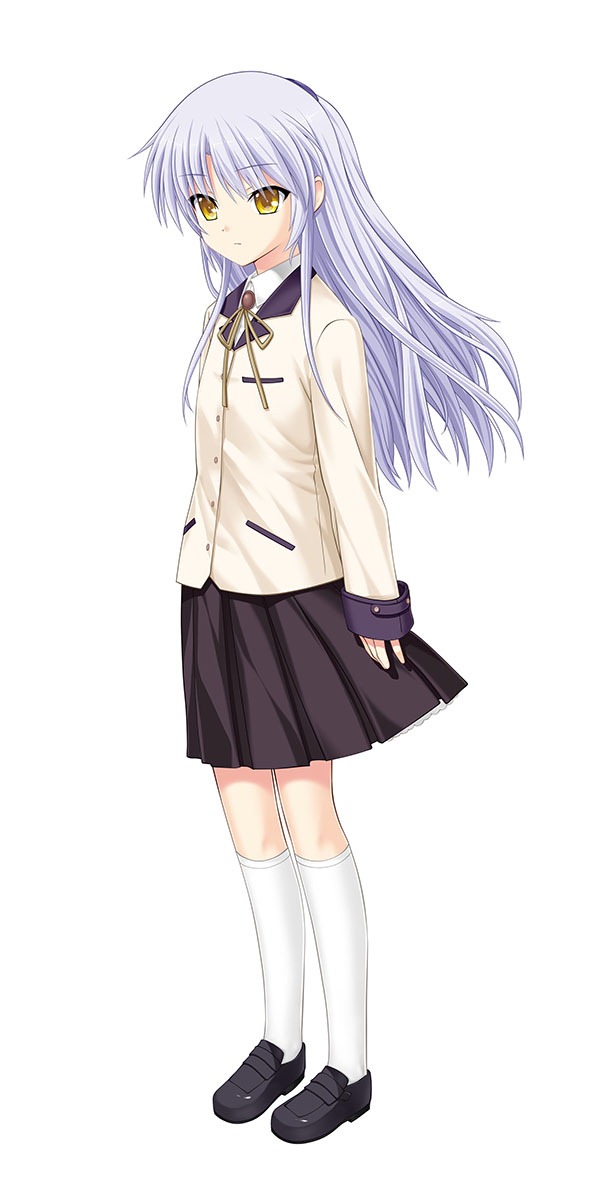 Here are the character bio’s for the three characters: 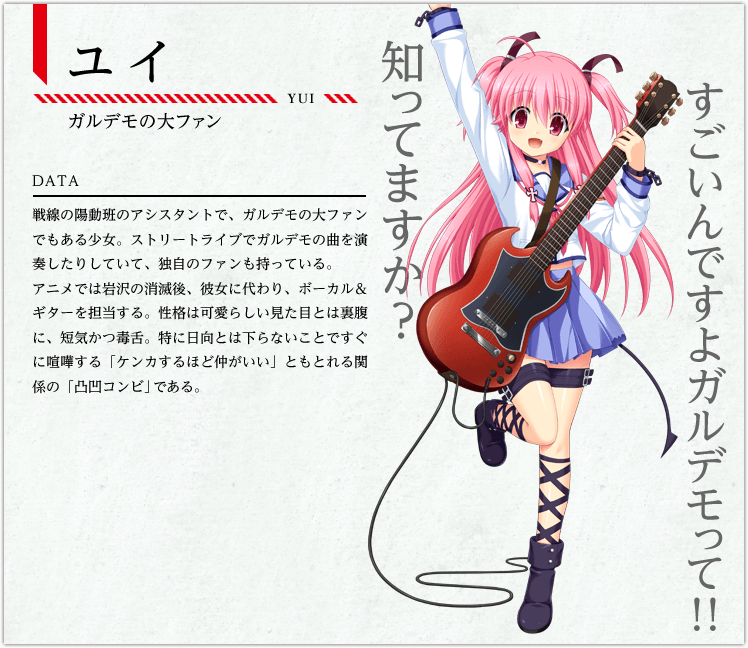 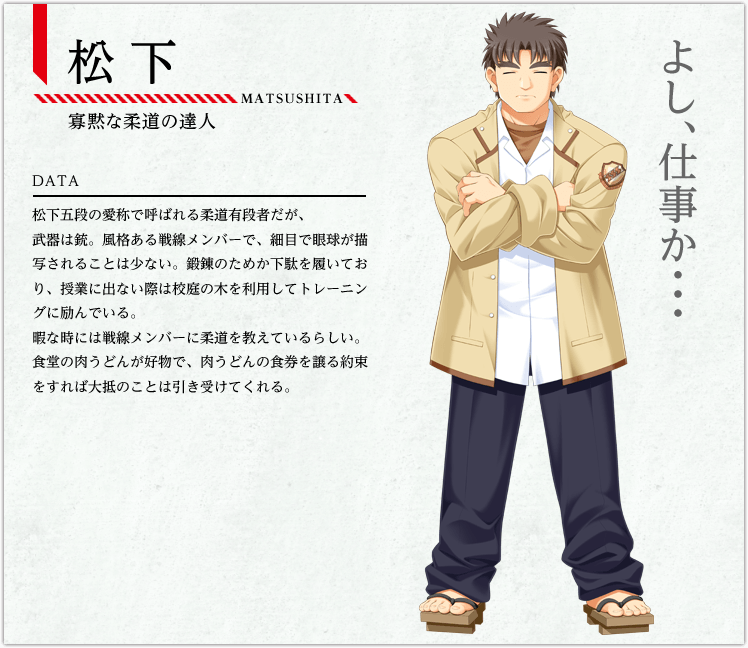 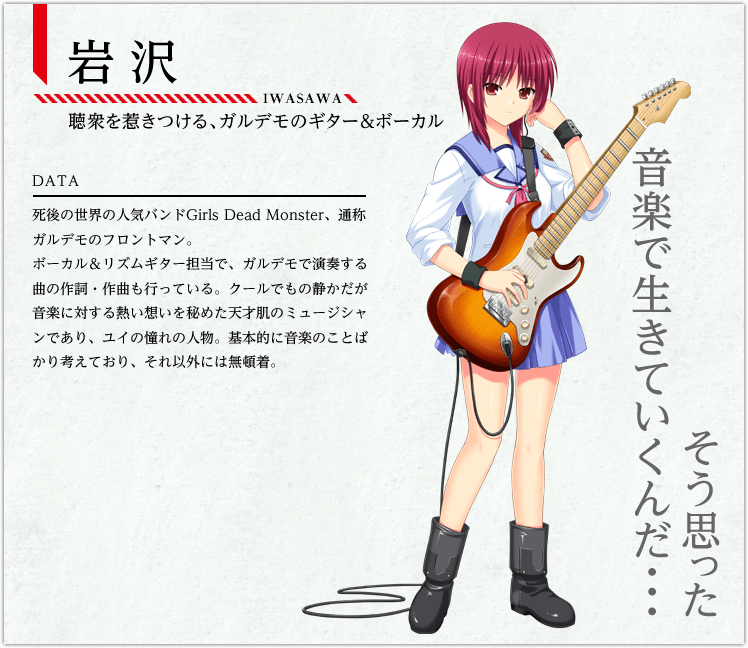 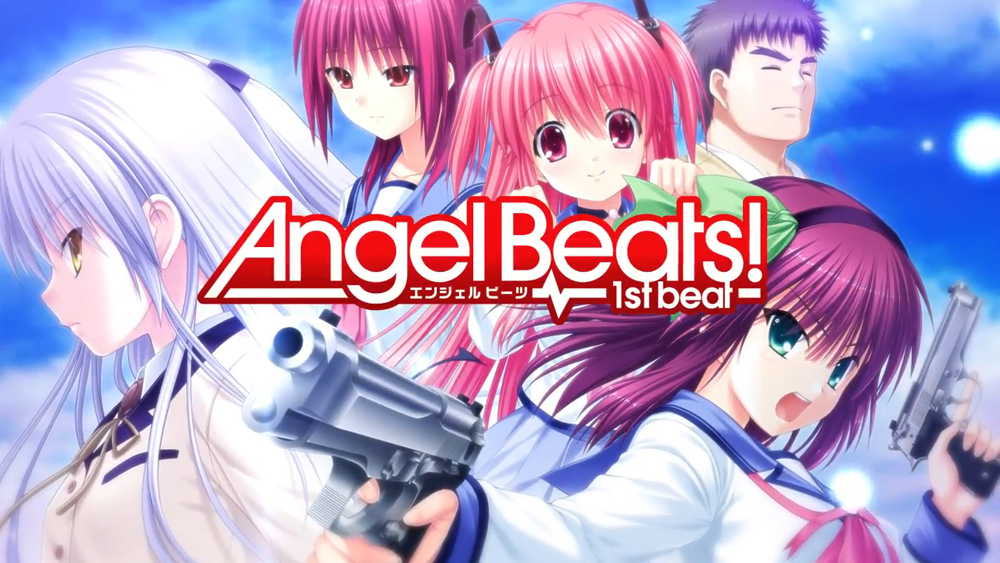 Angel Beats!-1st Beat- will be releasing on Windows Vista, 7 and 8 in Japan on May 29th. A Blu-ray box set of the anime series will also be released this year on June 24 and will come with a new OVA.