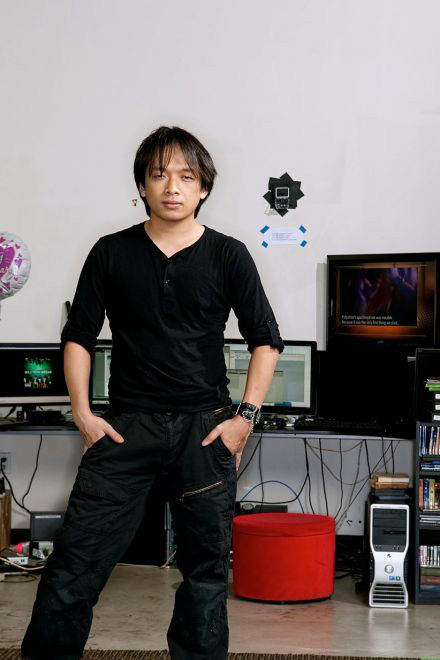 Monty Oum passed away in hospital at the age of 33 after being in a coma from a severe allergic reaction from a medical procedure. He is a well known animator working on various fan films on Youtube before being hired by Rooster Teeth. At the company he worked on the choreography and animation for the company’s most well known series Red vs Blue, before taking steps to create his own series in 2012 RWBY. RWBY is an online animated web series animated and created by Monty, which has major influences from anime, as he was an avid anime fan. The show became a hit with a dedicated fan base.

At the announcement of Monty’s hospitalisation, a medical crowd fund was set to cover the expenses of the hospital stay and the Rooster Teeth community has managed to raise of $200,000 USD in support of the creator.

Our friend, inspiration and co-worker Monty Oum passed away yesterday afternoon at 4:34 PM surrounded by people who loved him very much. Ten days ago Monty suffered a severe allergic reaction during a simple medical procedure that left him in a coma. Although he fought bravely, his body was not able to recover. During his time in the hospital he was well cared for and never in pain at any time.

Monty is survived by his wife Sheena, his father Mony, his brothers Woody, Sey, Chivy and Neat, and his sisters Thea and Theary, as well as a countless number of fans and friends. We were so proud to be a part of his life and we will miss him greatly.

Your generosity during the hours after the public statement on Friday will help his family deal with the costs of his care and his passing. You made an incredible difference during a difficult time and we cannot thank you enough.

As for honoring Monty, we will do that in our own way. In lieu of flowers or gifts, we ask that you simply do something creative. Use your imagination to make the world a better place in any way that you can. If you know Monty like we do, then you know he would certainly be doing that if he were able to.

We love you, Monty.

Rooster Teeth’s Youtube The Know, reported on the news:

The future of RWBY is currently uncertain. However you can watch the first two seasons of Monty’s series on either Youtube, Crunchyroll or Netflix.