Three new promotional videos has been released for the upcoming visual novel based on Fumiaki Maruto and Kurehito Misaki’s Saenai Heroine no Sodatekata (Saekano: How to Raise a Boring Girlfriend) light novel series. The new trailers feature narrations from the main girls of the series and all show off the various mechanics and scenes within the game itself. It will be based on  A-1 Pictures’s (Aldnoah.Zero, Sword Art Online) anime, where players will assume the role of series protagonist Tomoya Aki as they will be able to raise their heroines. All the main characters from the anime will appear in the game and will be fully voiced. It will also utilise the Live 2D engine that has been gaining traction across multiple devices. The game is currently developed by 5pb., known for Steins;Gate.

Here is the main visual for the game: 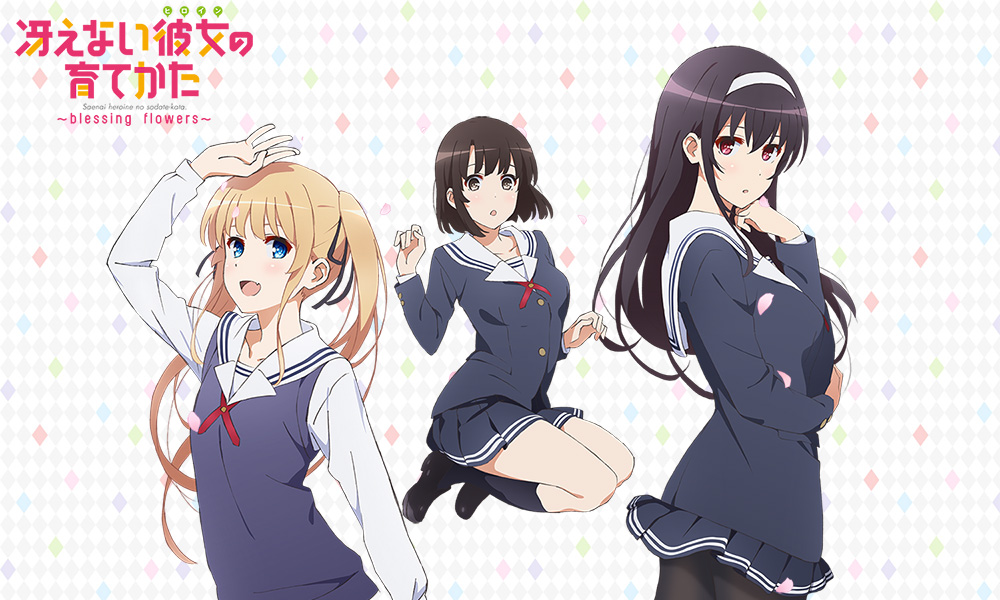