The official website of the upcoming anime adaptation of Hirotaka Akagi and Eight Shimotsuki’s Shimoneta to Iu Gainen ga Sonzai Shinai Taikutsu na Sekai (A Boring World Where the Concept of Dirty Jokes Doesn’t Exist) light novel series has revealed that the TV anime will begin airing from July 5th this year. Additionally, the site has also revealed a new visual and a brand new promotional video. 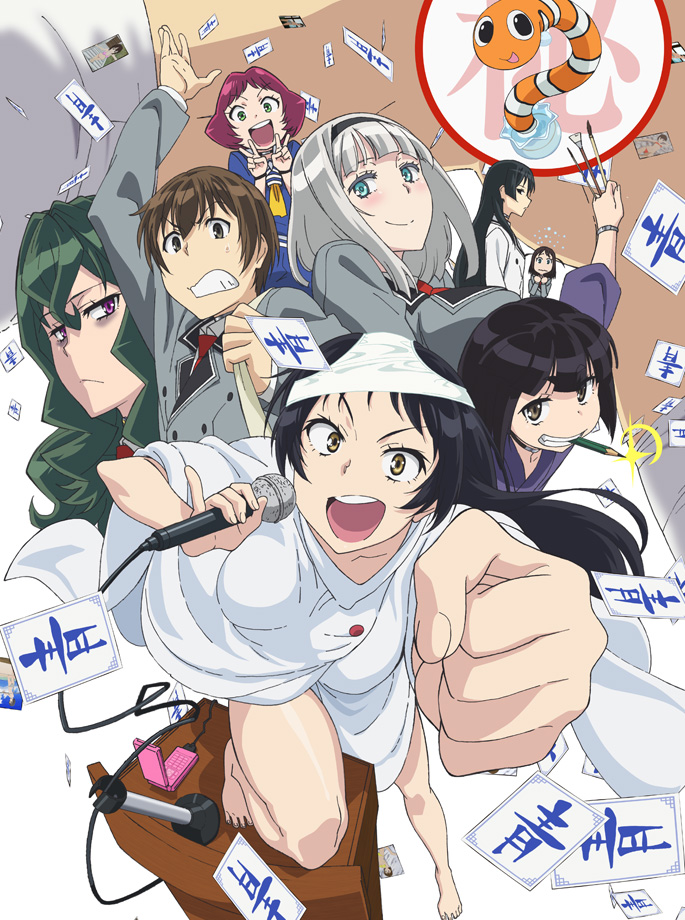 The first episode of the Shimoneta anime will be airing on July 5th at 1:30am JST on Tokyo MX. The anime actually airs its first episode slightly earlier on AT-X on the 4th at 11:00pm JST, but will then have a rebroadcast on Sundays, Tuesdays and Fridays. The anime will also air on KBS Kyoto at 12:45am JST, then Chiba TV on the 6th at 1:00am JST, and on TV Kanagawa, Sun TV and TV Saitama at the same time.

There will also be an event for the pre-screening of the anime’s first episode on June 28 at the Ebisu Garden Room, where the main cast of the series will also be in attendance.

Shimoneta to Iu Gainen ga Sonzai Shinai Taikutsu na Sekai (A Boring World Where the Concept of Dirty Jokes Doesn’t Exist) is a ecchi comedy light novel series written by Hirotaka Akagi and illustrated by Eight Shimotsuki. The series began in 2012 in Shogakukan’s Gagaga Bunko light novel imprint. To date a total of 8 volumes have been collectively published. A manga adaptation of the series began production in 2014 being illustrated by N’ Yuzuki and is being serialized in Mag Garden’s Monthly Comic Blade magazine.

16 years after the “Law for Public Order and Morals in Healthy Child-Raising” banned coarse language in the country, Tanukichi Okuma enrolls in the country’s leading elite public morals school and is soon invited into the Anti-Societal Organization (SOX) by its founder, Ayame Kajou. As a member blackmailed into joining by Ayame, Tanukichi ends up taking part in obscene acts of terrorism against the talented student council president Anna (for whom Tanukichi has a crush on). 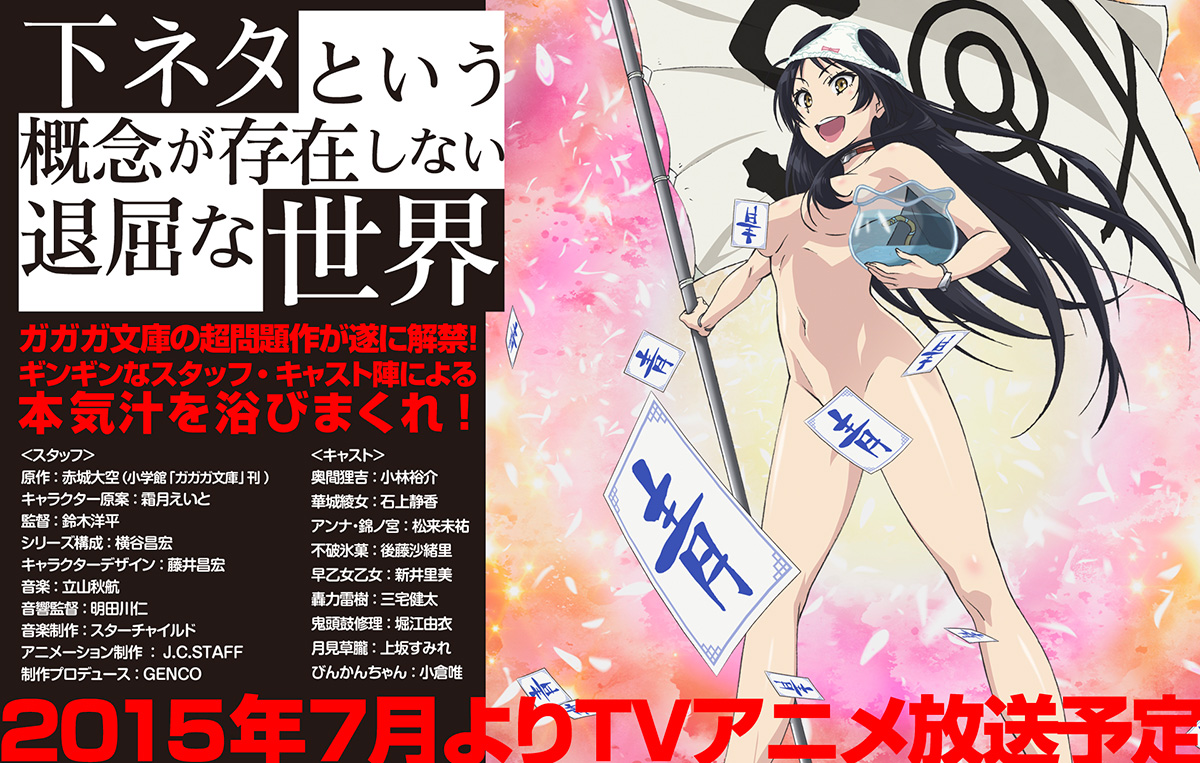 The Shimoneta to Iu Gainen ga Sonzai Shinai Taikutsu na Sekai anime will be airing from July 5th at 1:30 am JST on Tokyo MX, this during the Summer 2015 anime season. More information about the anime will be revealed in the next couple weeks.