The most recent issue of Shueisha’s Weekly Shonen Jump has revealed the first details about the Blu-ray releases of the current anime adaptation of Yuuto Tsukuda and Shun Saeki’s Shokugeki no Souma (Food Wars: Shokugeki no Soma) manga. The issue has revealed that the anime itself will be 24 episodes long. 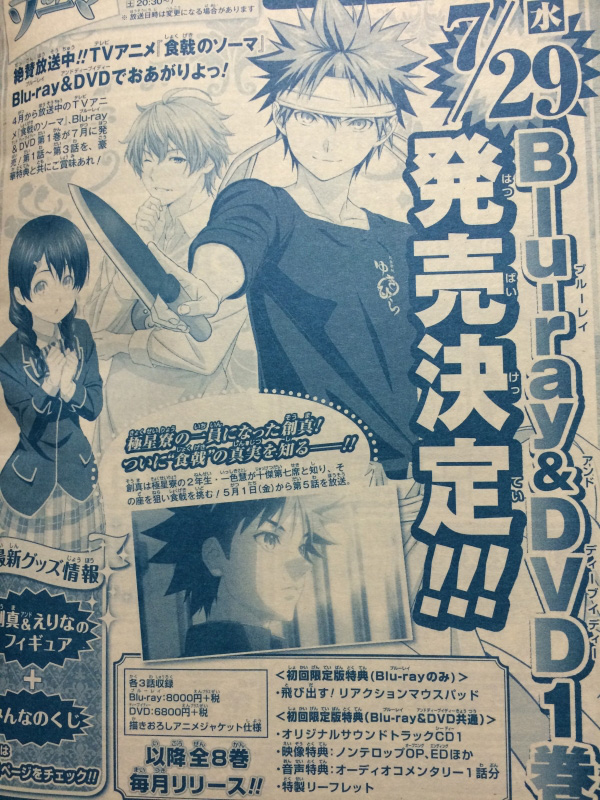 Additionally, the most recent issue of MEgami magazine has revealed a brand new visual for the series: 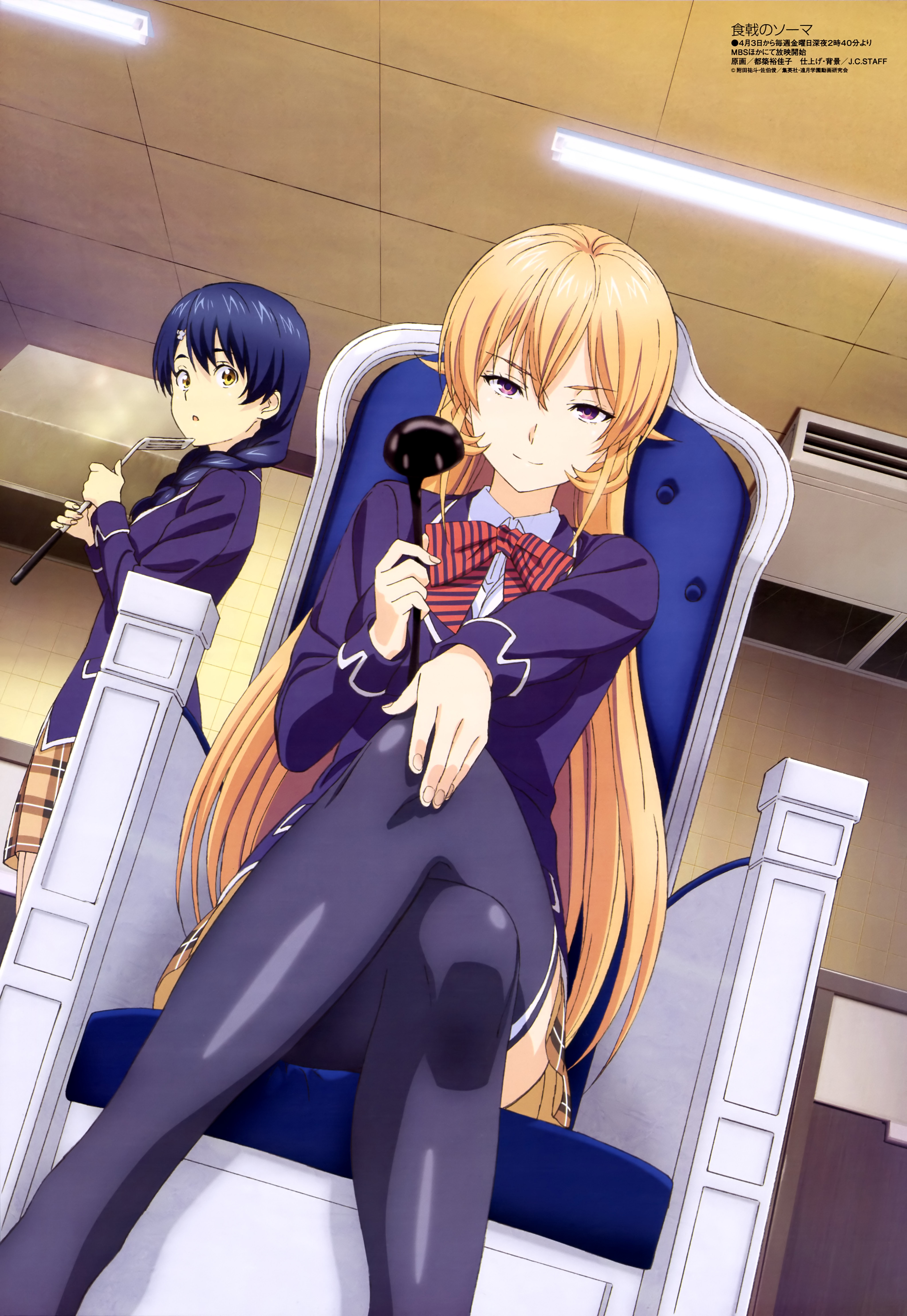 The previous issue of Animage also revealed a visual: 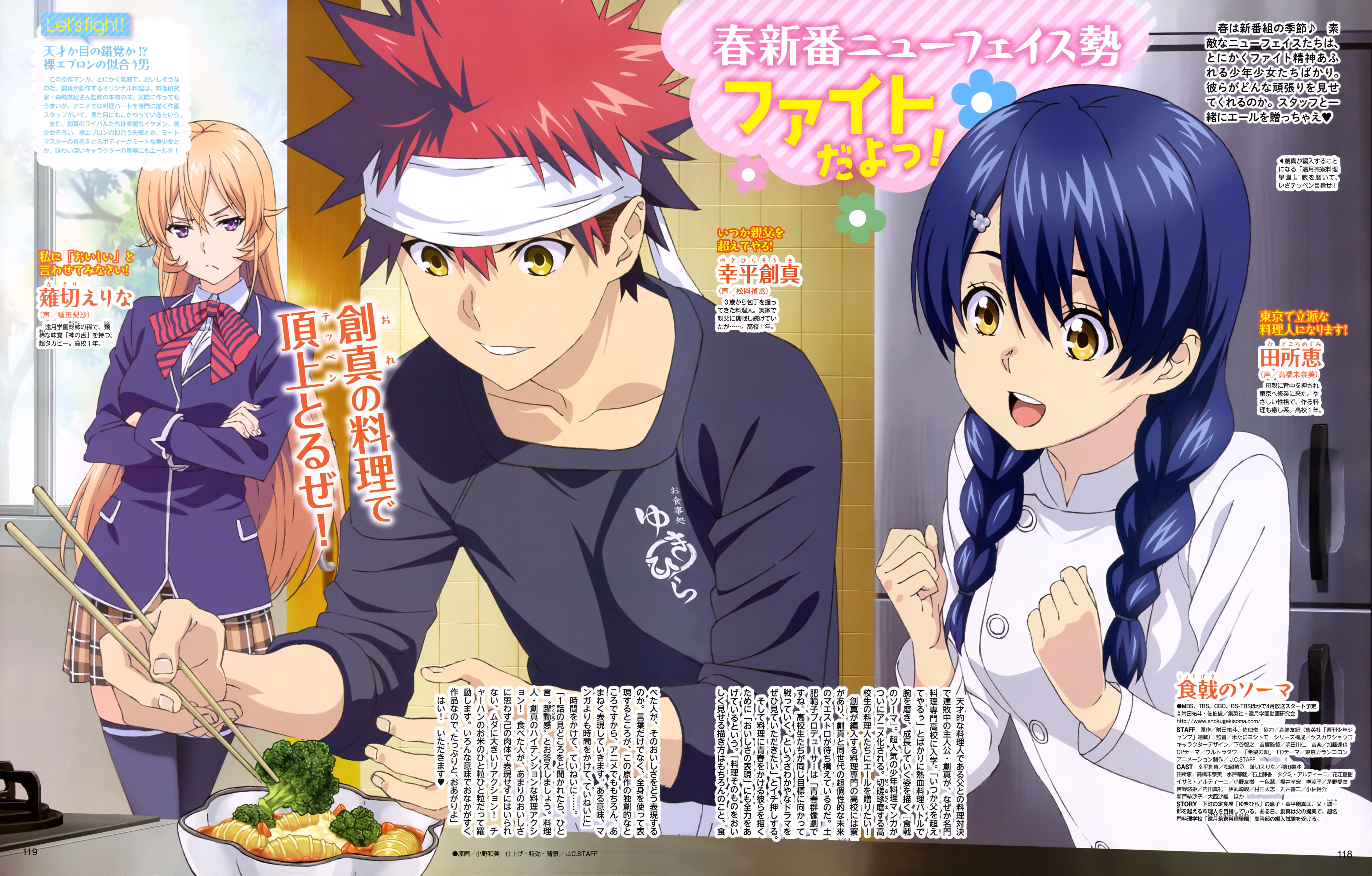 The Shokugeki no Souma anime is a 2 cour series airing for a total of 24 episodes, running though the current Spring 2015 anime season and the Summer 2015 anime season. The anime is currently airing every Saturday at 2:25am JST on TBS.