The latest issue of Shufu-to-Seikatsu Sha Ltd.’s Pash! magazine has revealed Studio Trigger’s next anime on the issue’s cover: a new original TV anime titled Kiznaiver. Details about the setting, characters and staff were also revealed. 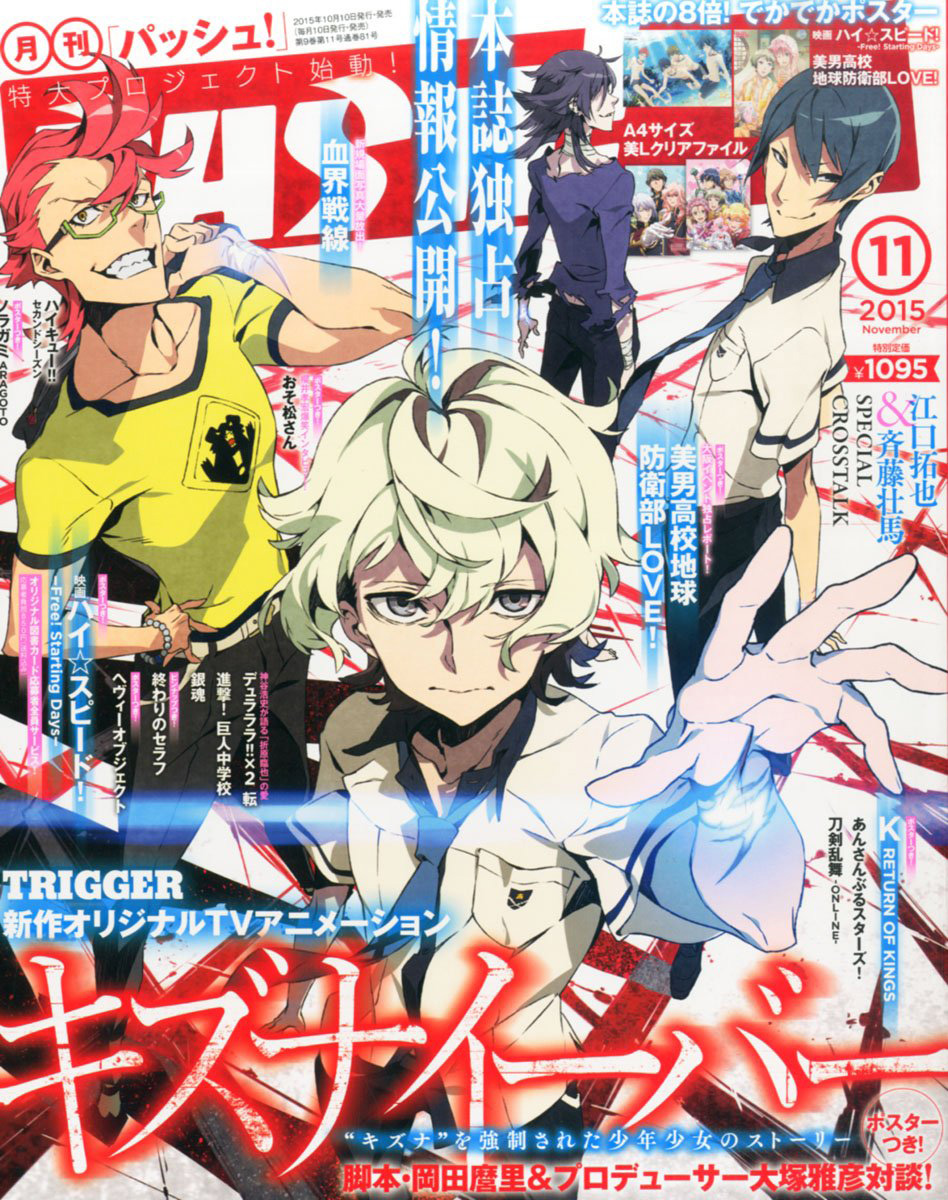 The first staff members of the Kiznaiver anime has been revealed. They include:

The first details and character designs have been revealed in the magazine as well. The main cast of characters consists of: 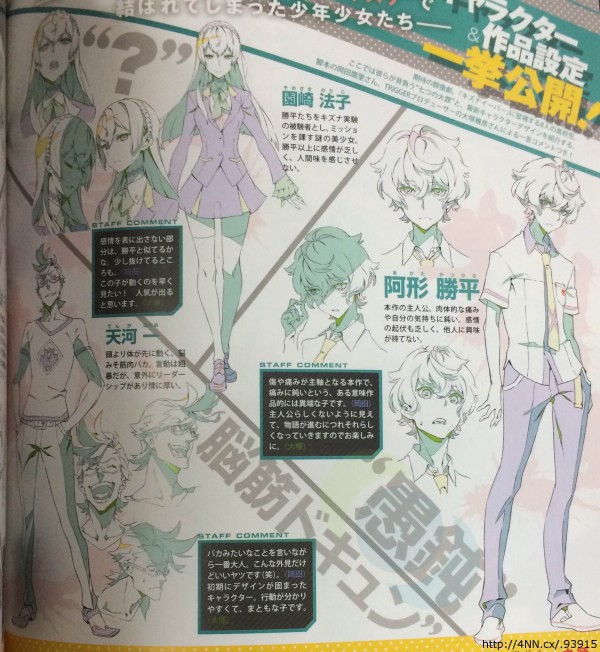 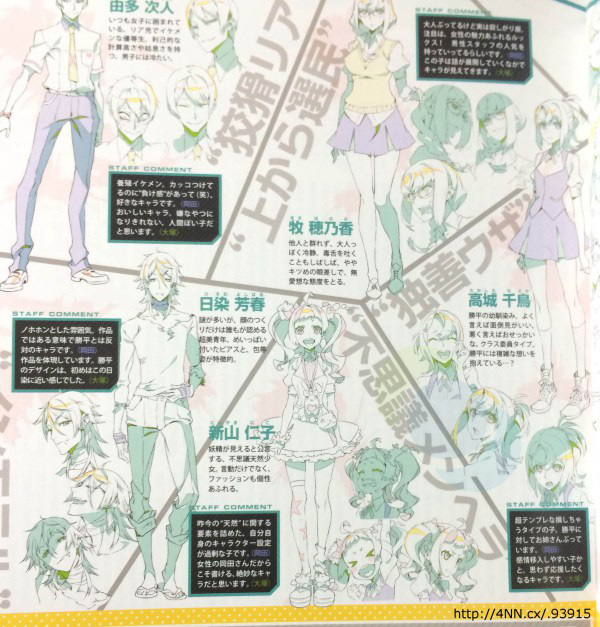 Studio Trigger’s next anime project is the original TV anime Kiznaiver, which is currently in production. Further information about the new series will be revealed at a later date.

You can visit the anime’s website here, but it is not yet live: http://kiznaiver.jp/