The official websites of Sword Art Online: Lost Song and Digimon Story: Cyber Sleuth video games have revealed that they will be collaborating together, a month after the release of both games. The new collaboration sees a new selection of special themes for the PlayStation Vita.

A total of 4 themes have been released as free downloadable content for all Vita owners on the Japanese PlayStation Network Store. The themes themselves feature a plushie version of Kirito and Agumon from their respective games in various poses. 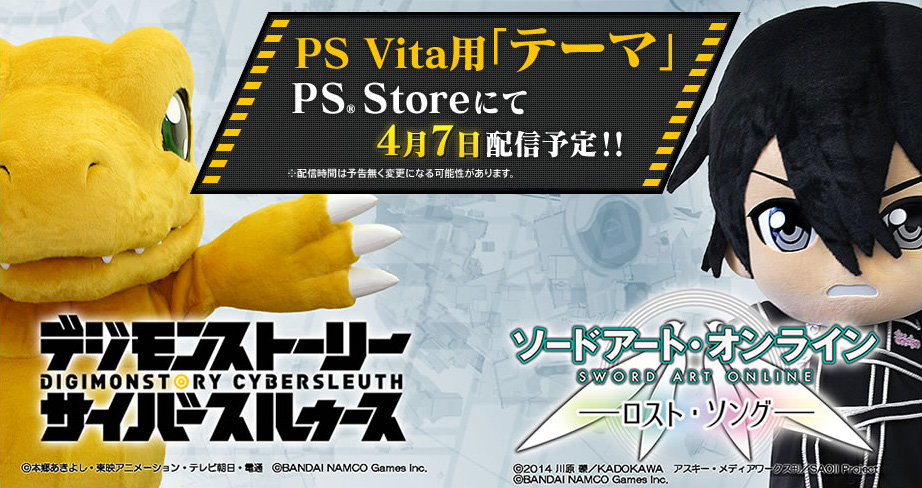 The two games themselves were published by Bandai Namco Games for the PlayStation Vita last month. Sword Art Online: Lost Song is the third game in the series developed by Artdink and was released in Japan on March 26. An English localisation of the game will be released this Summer.

Here is the latest PV for the game:

Digimon Story: Cyber Sleuth is a brand new game created for the celebration of the 15th Anniversary of Digimon. The game is developed by Media.Vision and released in Japan on March 12 with no English release announced. 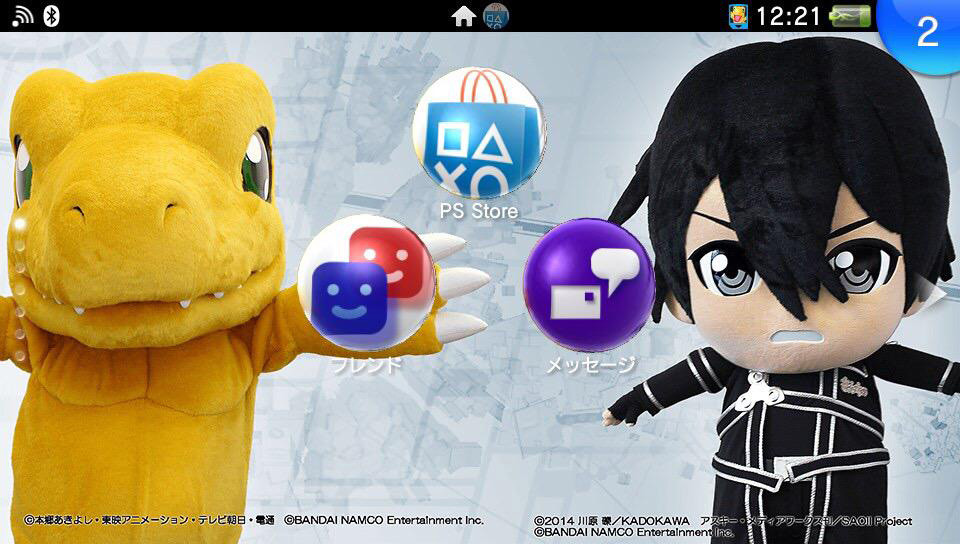 The themes are currently now available to all Vita owners with a Japanese account. If you do have a Japanese PSN account you can get the theme here.