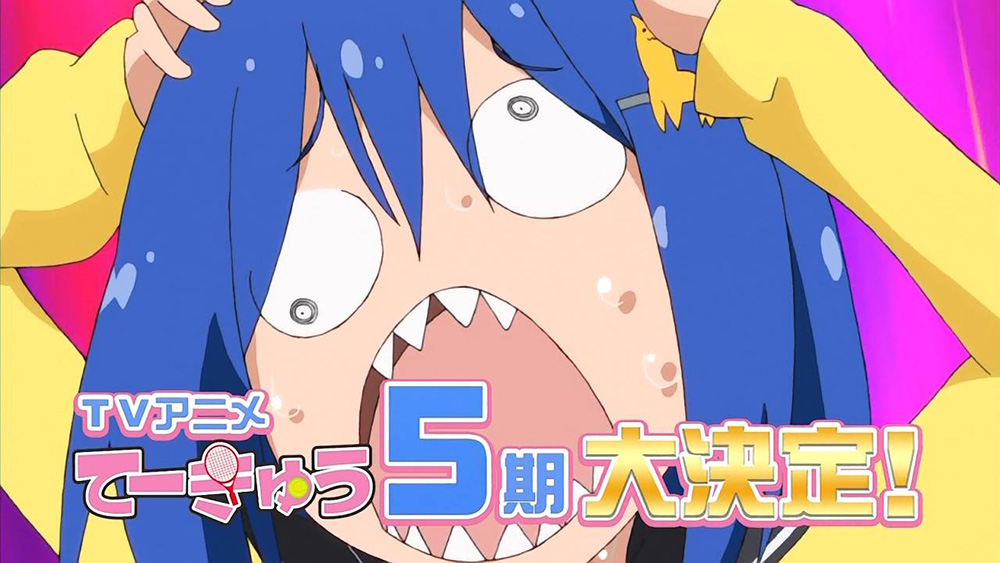 The main theme song of the upcoming season will be Qunka! and will be performed by Kana Hanazawa, who voices Marimo Bandou in the anime. Here is the announcement video for the 5th season:

Teekyuu is a Tennis comedy manga written by Tsugeo Terada and illustrated by Piyo. The series began in early 2012 being published by Earth Star Entertainment’s Comic Earth Star magazine, where a total of 7 volumes have been produced to date. The received a spin-off manga titled Takamiya Nasuno Desu! (I Am Nasuno Takamiya!) that began last year. The main series first received an anime adaptation in 2012, which was followed by a second and third season in the following year, and the fourth season that began broadcasting this April. The anime are produced by studio Mappa (Sakamichi no Apollon, Shingeki no Bahamut: Genesis) and directed by Shin Itagaki (Ben-To, Gurren Lagann Parallel Works). An anime adaptation of the spin-off series also began this April. Both  anime

Teekyuu is based on a sports comedy manga of the same name featuring four high school girls who belong to a tennis club. 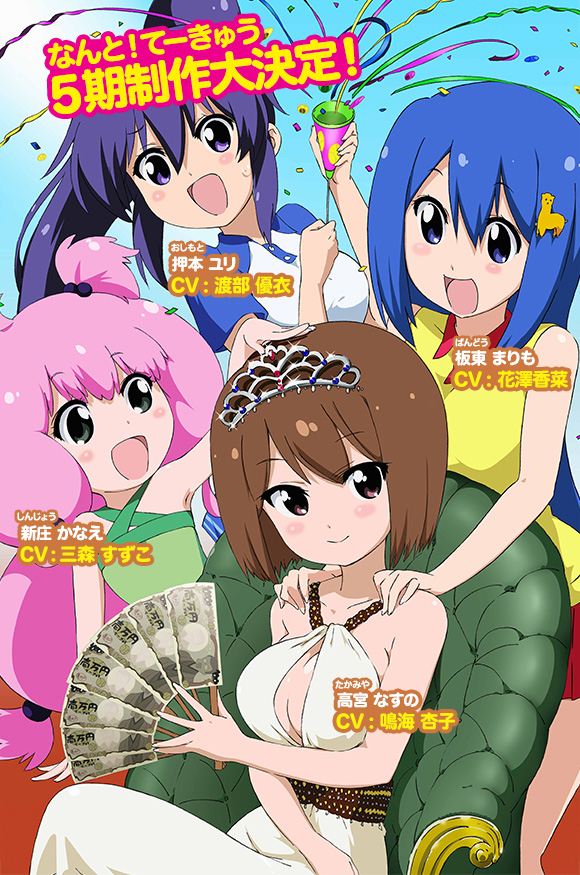 Further information about the 5th season of the Teekyuu anime will be revealed in the upcoming weeks. The anime’s 4th season is currently airing every Tuesday at 2:05am JST on Tokyo MX.