With the first cour of Fate/stay night: Unlimited Blade Works ending last season, and the second cour airing next season, Chara Ani are selling a new line of anime calendars for 2015 to drum up the hype. But you would expect anything Fate/stay night and Aniplex related to be amazing and unique right? 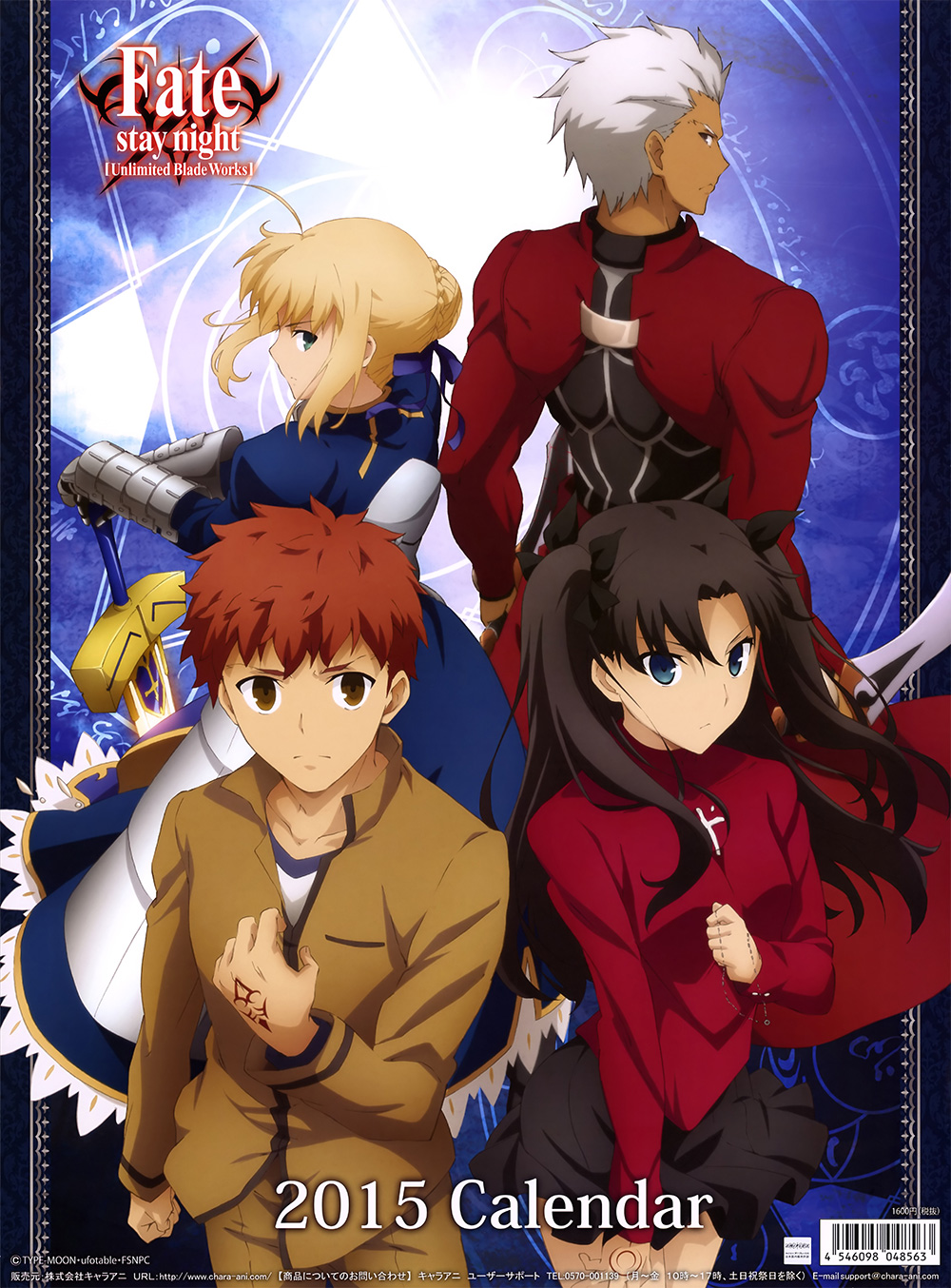 Well, the calendar itself is rather lacklustre and lazy since there are only 6 pages – not counting the cover, the main images themselves are just the previous visuals of the anime, doesn’t have all the main characters, and the dates are basically on each side of the image. Here are all the pages of the calendar: 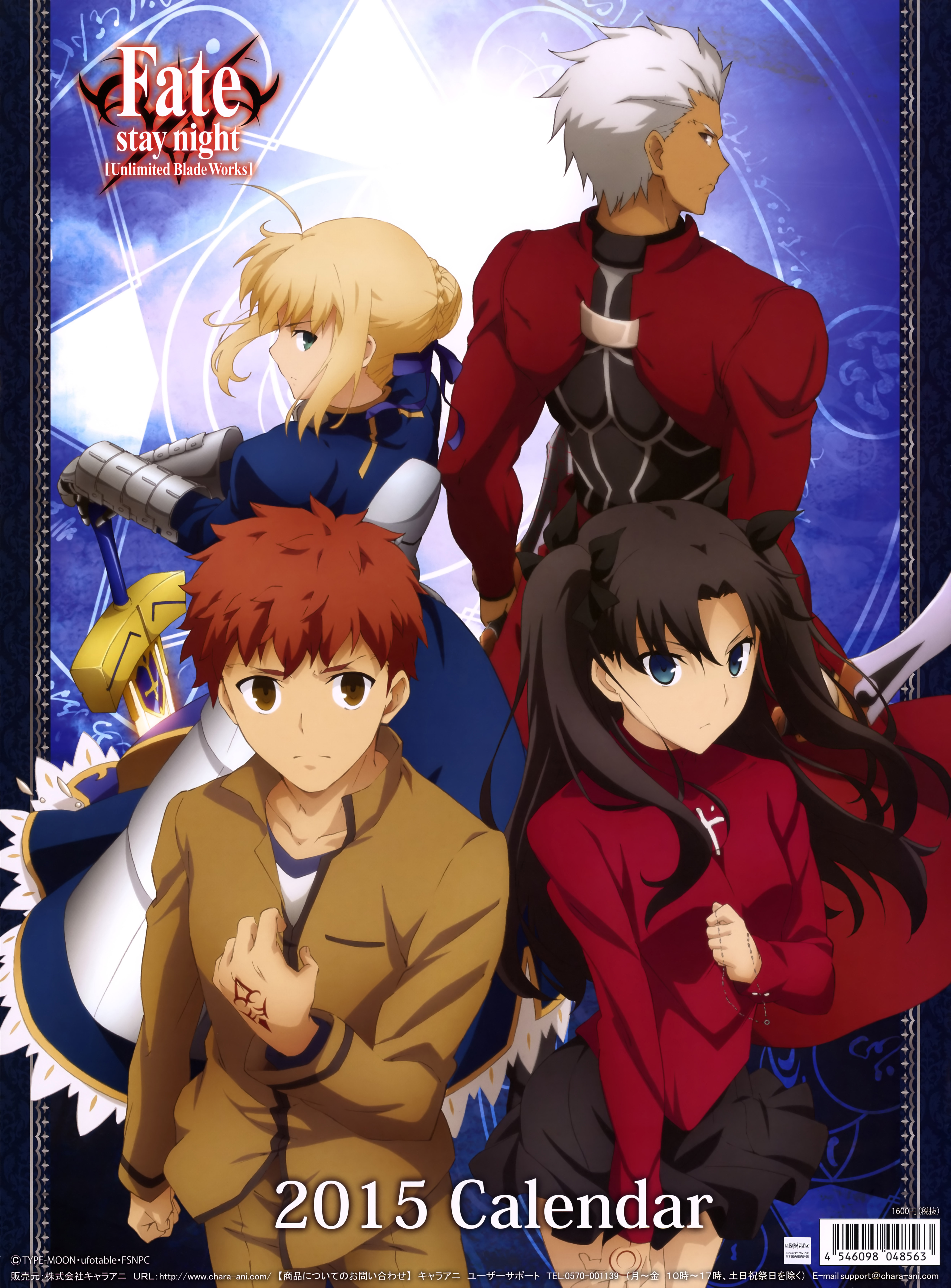 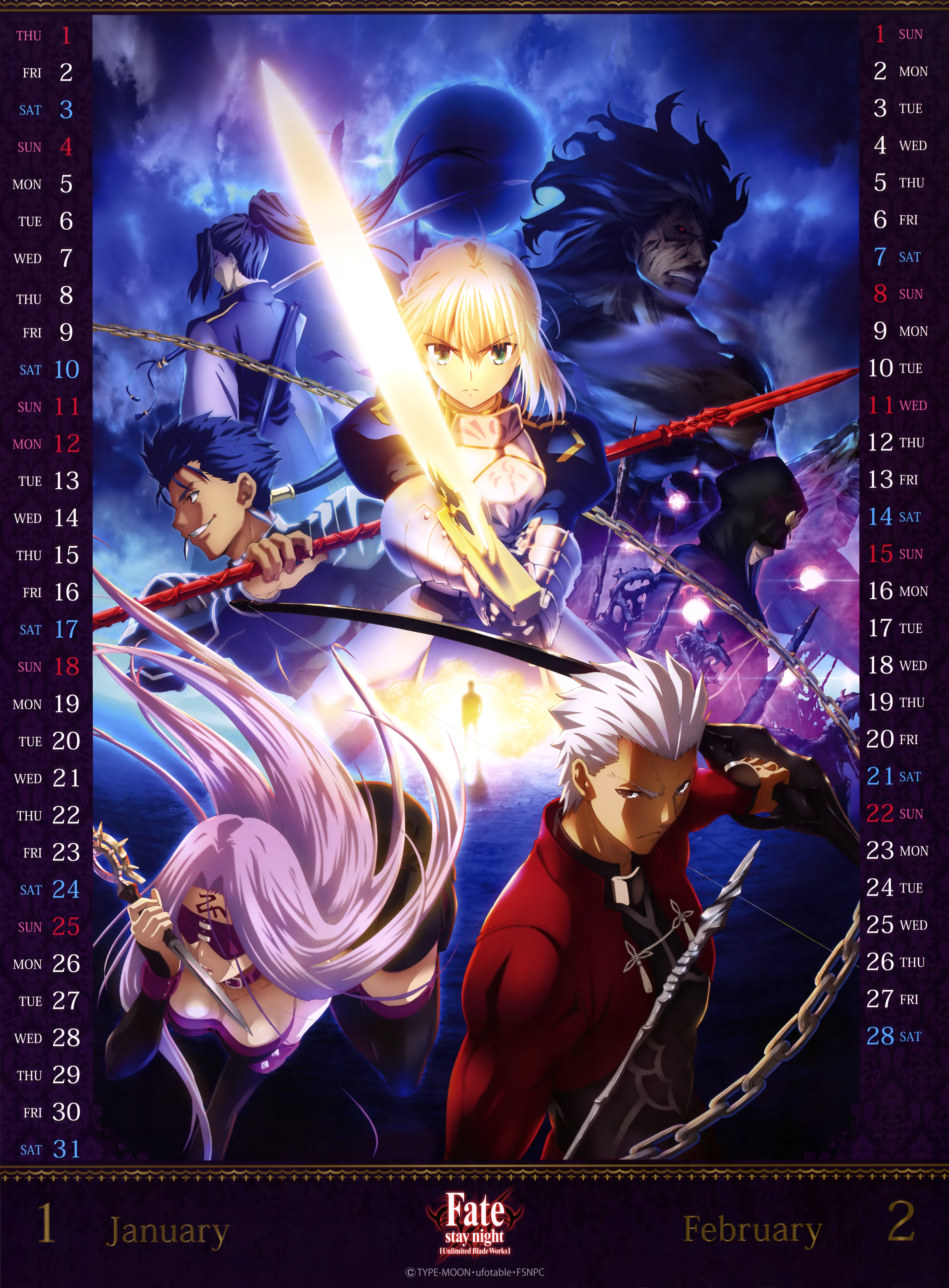 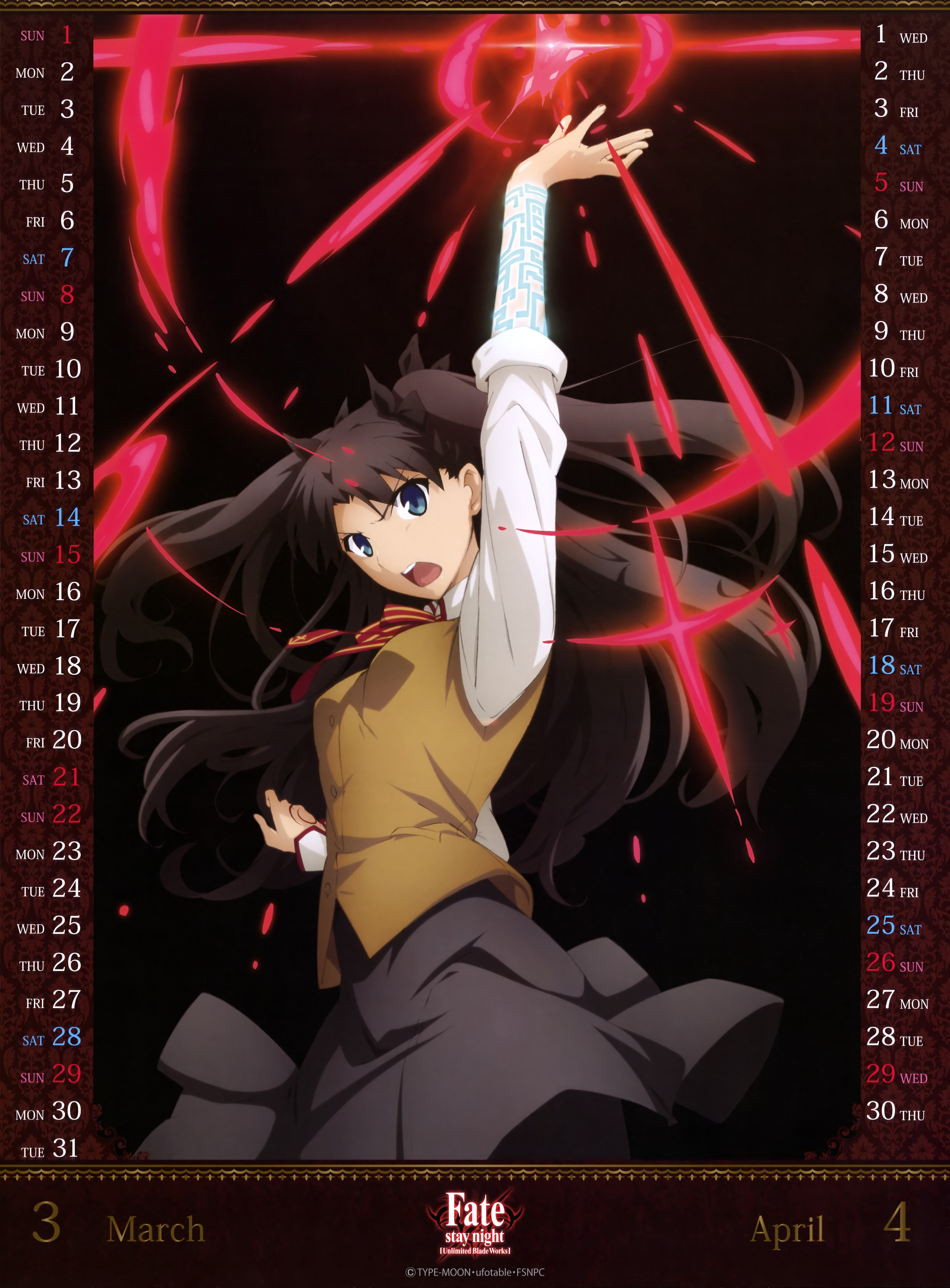 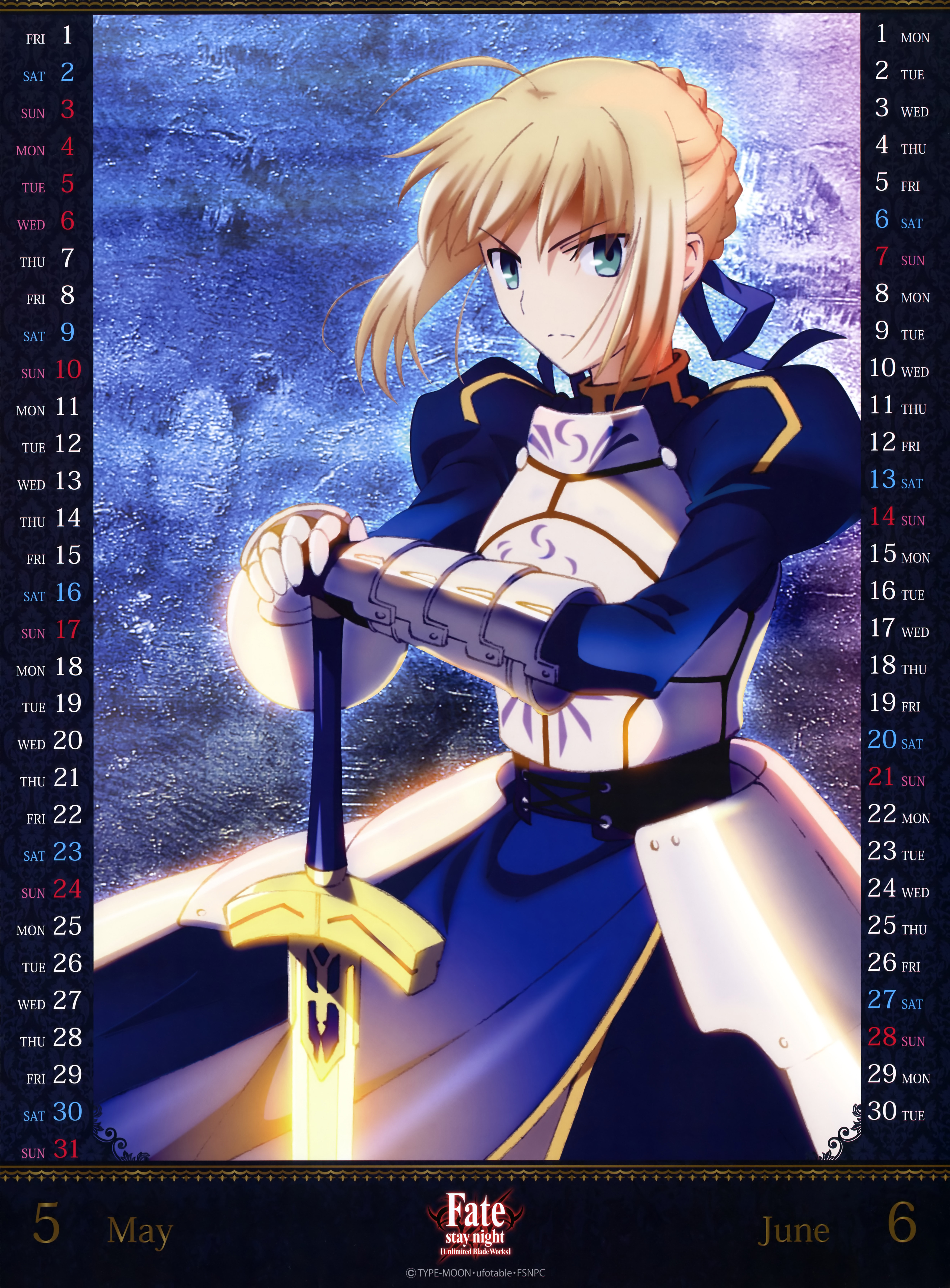 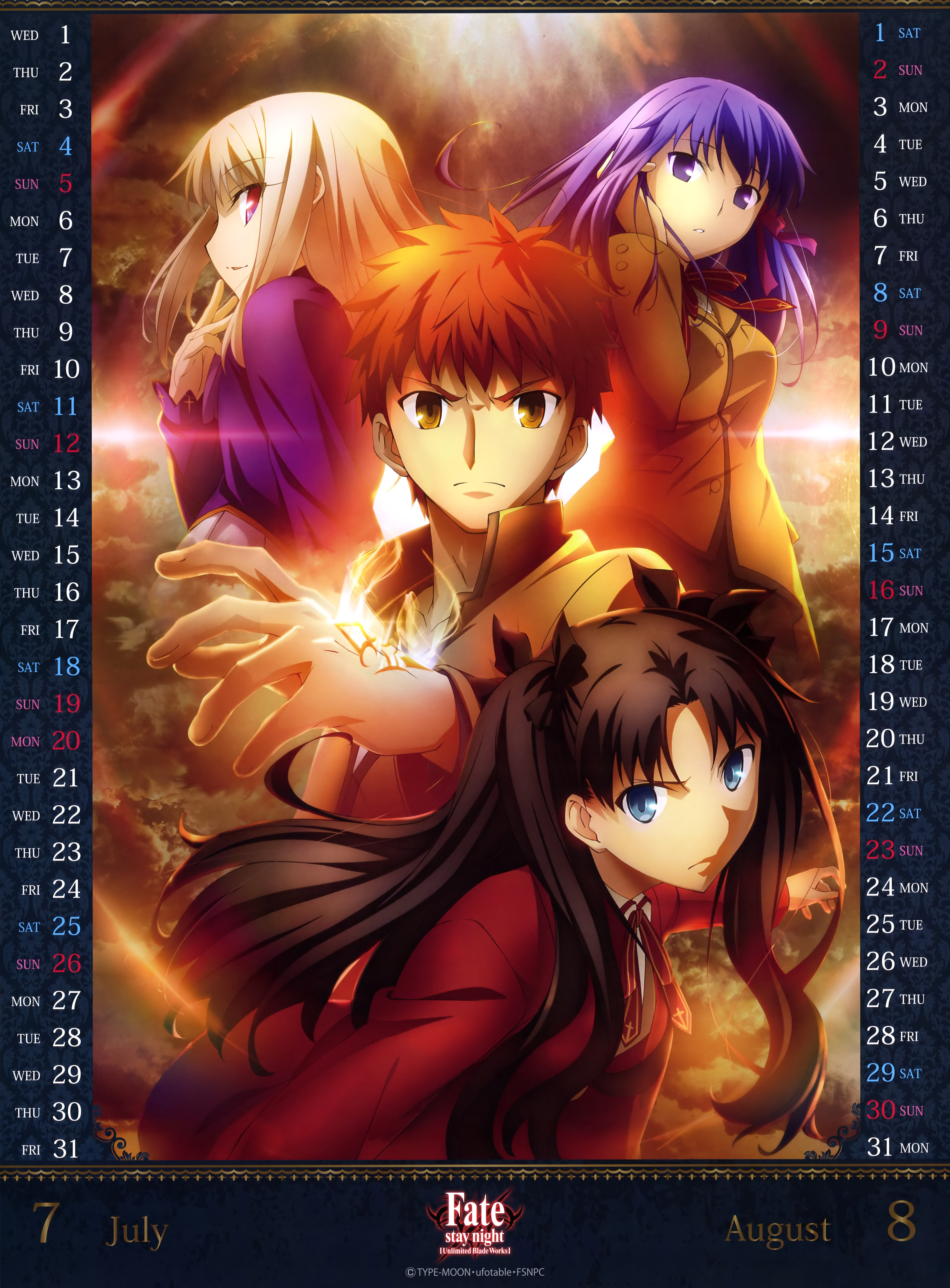 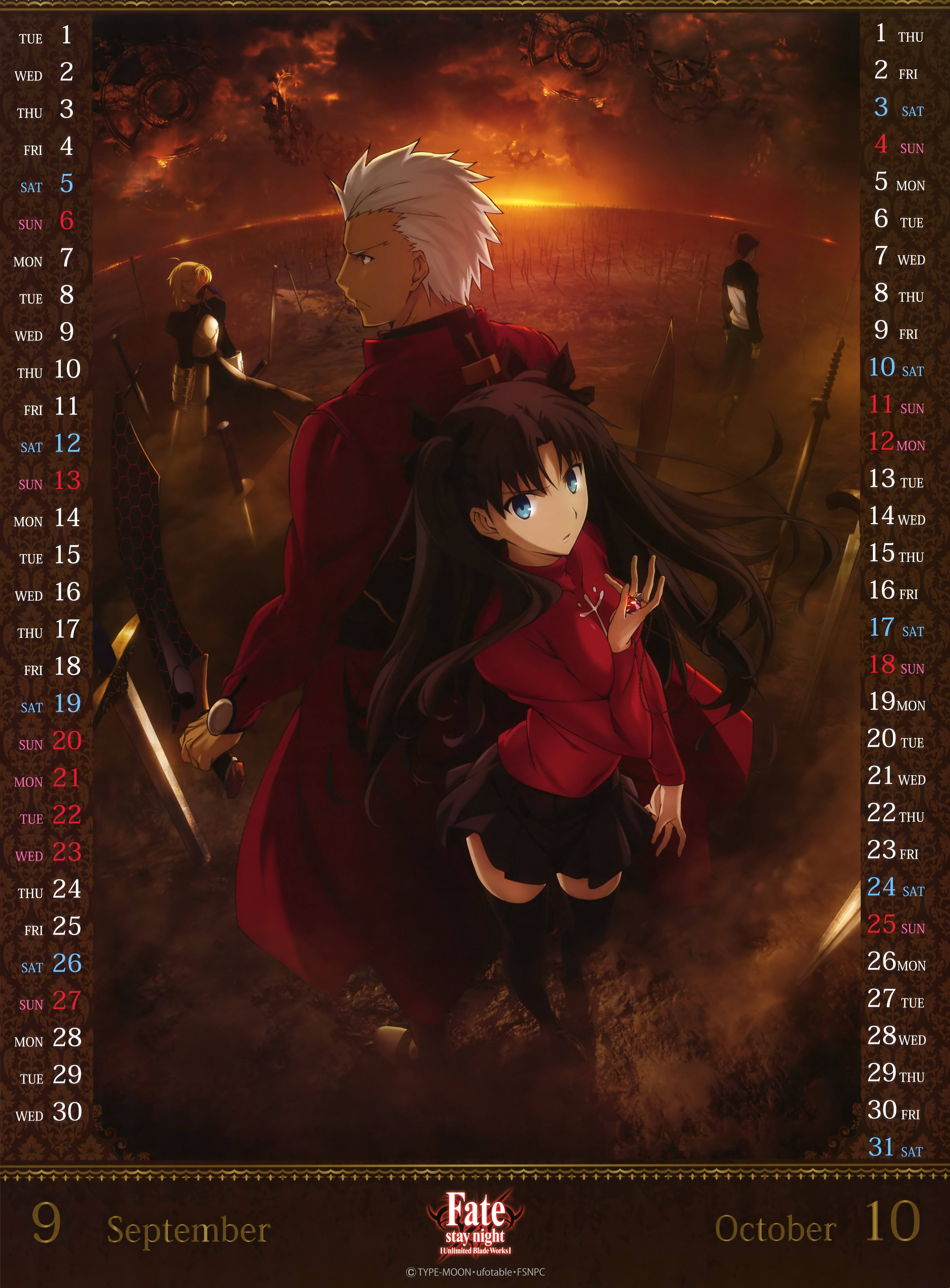 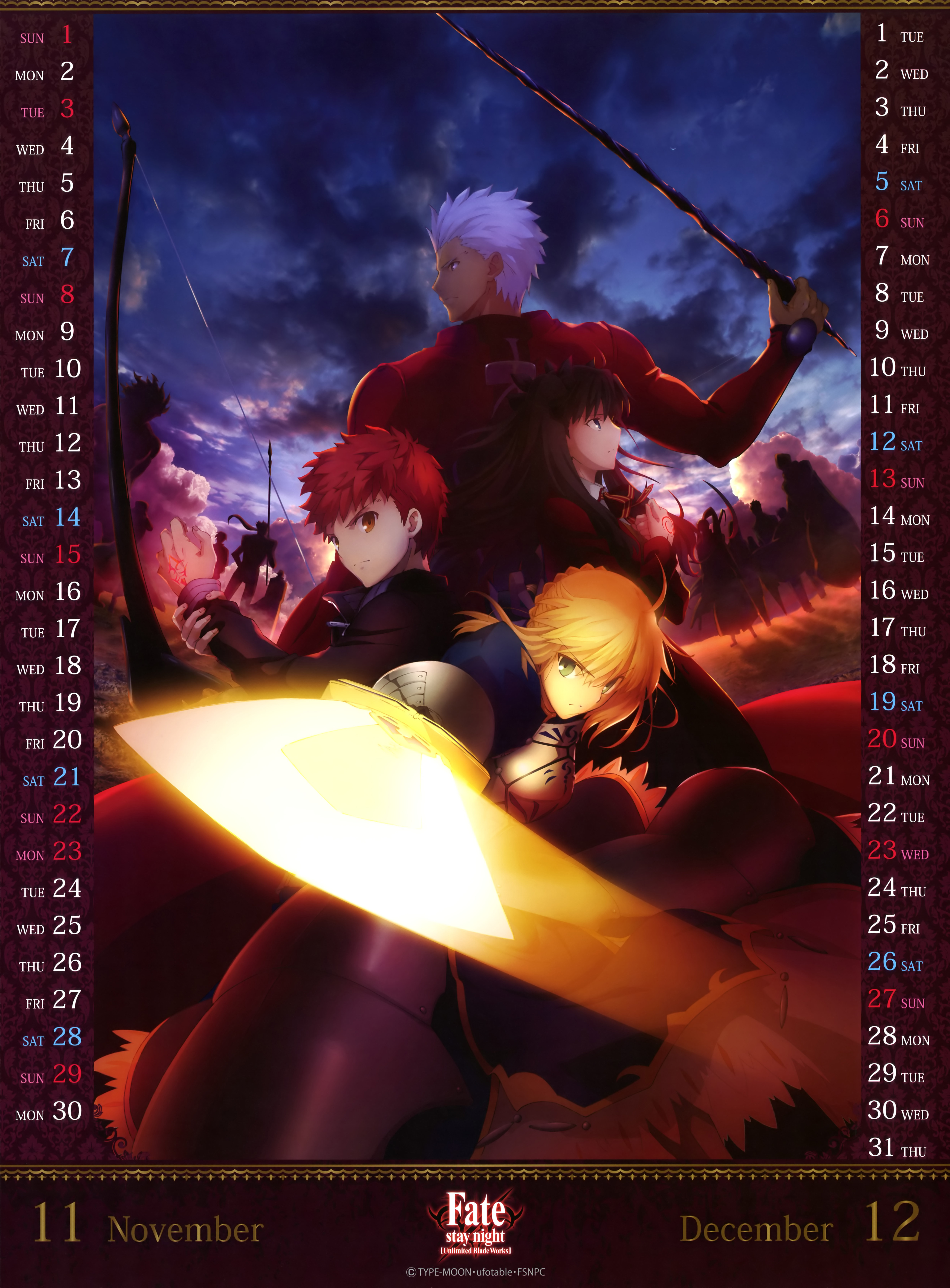 Fate/stay night is a visual novel released by Type-Moon for the PC in 2004, and is the first in their Fate series. The visual novel was very successful and claimed the title of highest selling visual novel in that year. 2006 saw two adaptations of the game, a manga by Datto Nishiwaki and an anime series by Studio Deen. Additionally in that year, a light novel series titled Fate/Zero was written by Gen Urobuchi. It is a prequel to the visual novels, set 10 years prior. An anime and manga adaptation of Fate/Zero were created, with the manga written by Urobuchi himself in 2011 and the anime being animated by ufotable. A second season of Fate/Zero was also produced. uftoable earlier announced that they would be producing a new Fate/stay night anime based on the Unlimited Blade Works route and a Fate/stay night film based on the Heaven’s Feel Route. The first visual of the anime’s second cour, airing this Spring, was also released.