The official website of the anime adaptation of Sui Ishida’s Tokyo Ghoul manga has revealed the preview images and synopsis for the 10th episode of the anime’s second season, Tokyo Ghoul √A, which will be airing on Thursday the 13th of February at midnight JST (effectively Friday the 6th) on Tokyo MX. It is late since the website updated late.

The intense battle to defend Anteiku from the CCG continues. Yukinori and Iwao fight against Yoshimura, whilst Mougan Tanakamaru was fighting against Enji Koma, who is now the Devil Ape. Meanwhile, Chuu Hachikawa was leading his team against Kaya Irimi as the investigators focus on rescuing the old woman, who they fail to get out in time and gets injured. In front of the Kasahara river, a lone citizen is prepared to face death and attacks, but… 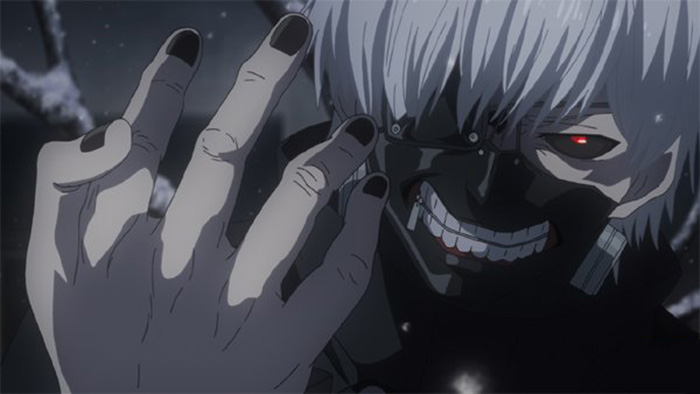