The official website of the anime adaptation of Sui Ishida’s Tokyo Ghoul manga has revealed the preview images and synopsis for the 9th episode of the anime’s second season, Tokyo Ghoul √A, which will be airing on Thursday the 5th of February at midnight JST (effectively Friday the 6th) on Tokyo MX.

Episode 9: A City in Waiting

At the CCG, the chairman Tsuneyoshi Washuu have decided to take action with a new plan, Operation Owl Subjugation. The current whereabouts of the subject is at Anteiku. This is one of the CCG’s largest operations and thus the investigators are made to write out their will due to them facing death throughout the op. Finally, at the 20th ward the CCG have formed a blockade and the Owl Subjugation troops surround Anteiku. Ken heard what was going on, and Touka… 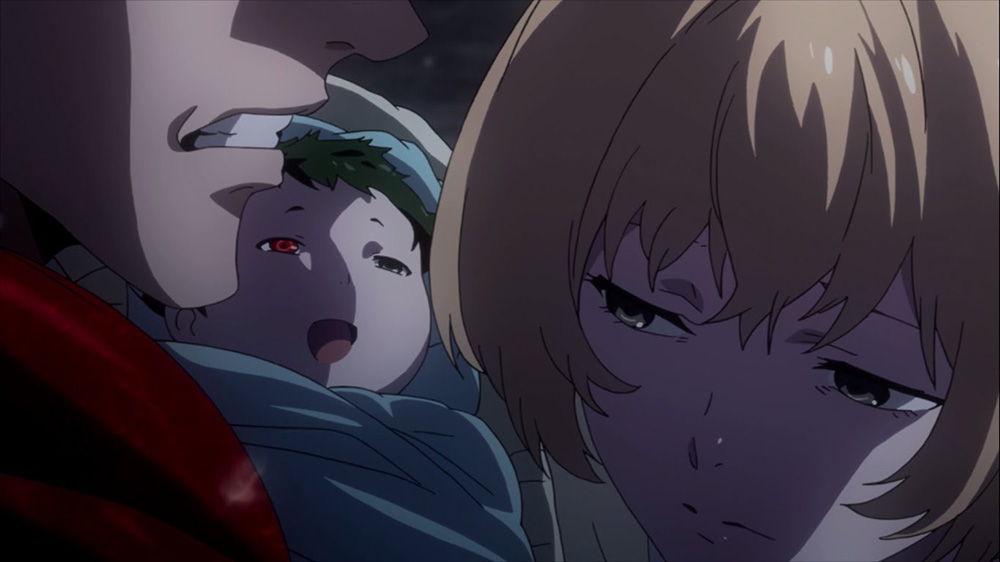