The official website of the upcoming anime adaptation of Nagaru Tanigawa and Puyo’s The Disappearance of Nagato Yuki-Chan (The Vanishing of Nagato Yuki-Chan) manga has revealed new updated designs, a few days after the first set were released. 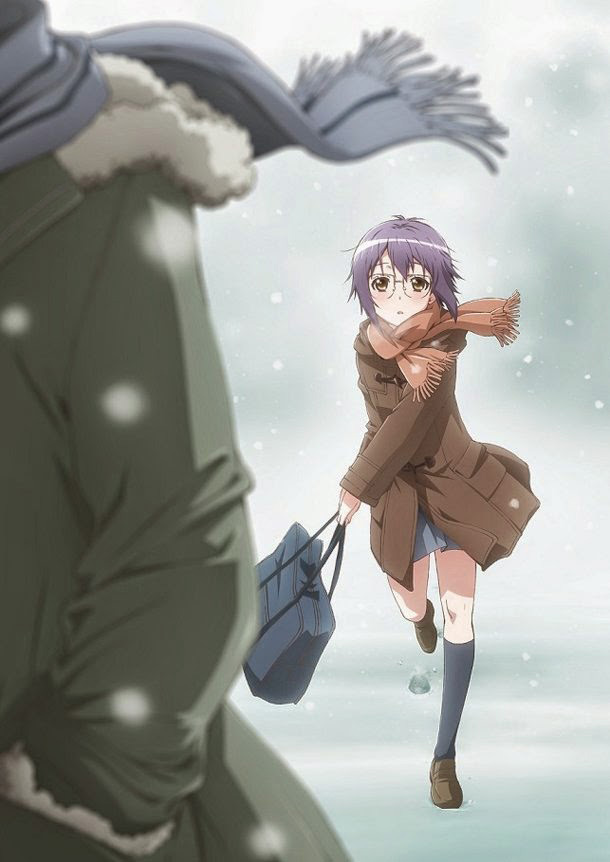 A new updated set of character designs for the The Disappearance of Nagato Yuki-Chan anime have been revealed, showing the main characters in colour for the first time. The character designer of the anime is Ikuko Ito (Asatte no Houkou, Sailor Moon SuperS). The main cast was earlier revealed and features the return of the cast from previous Haruhi anime: 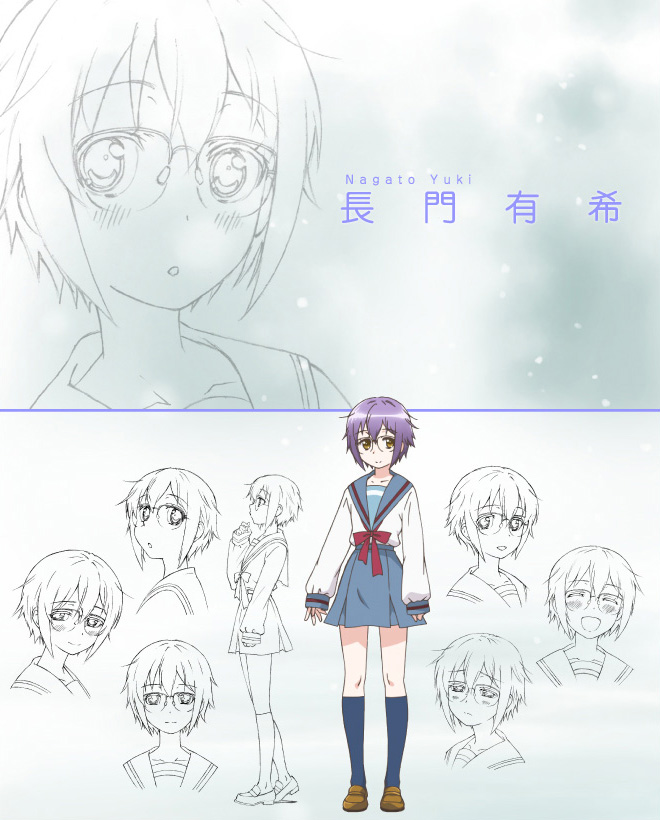 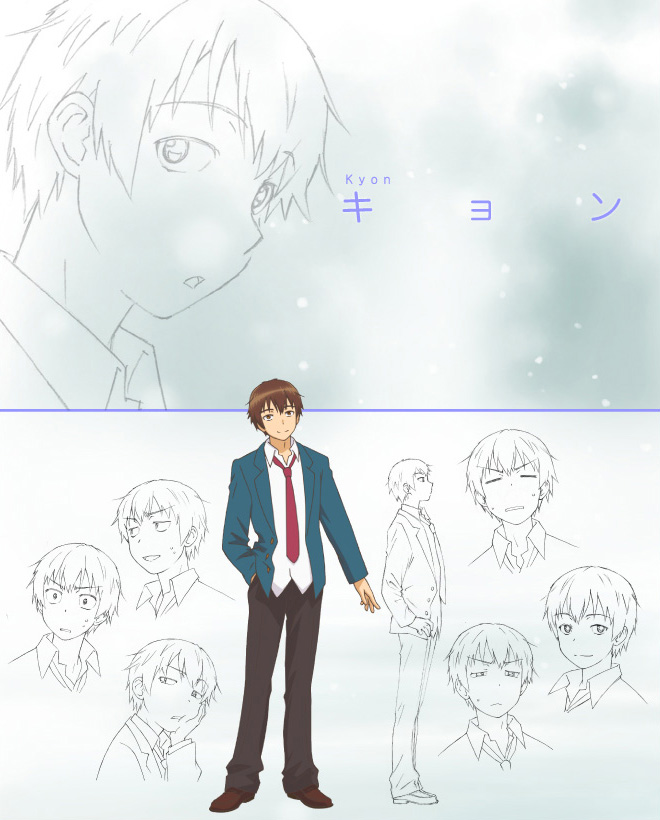 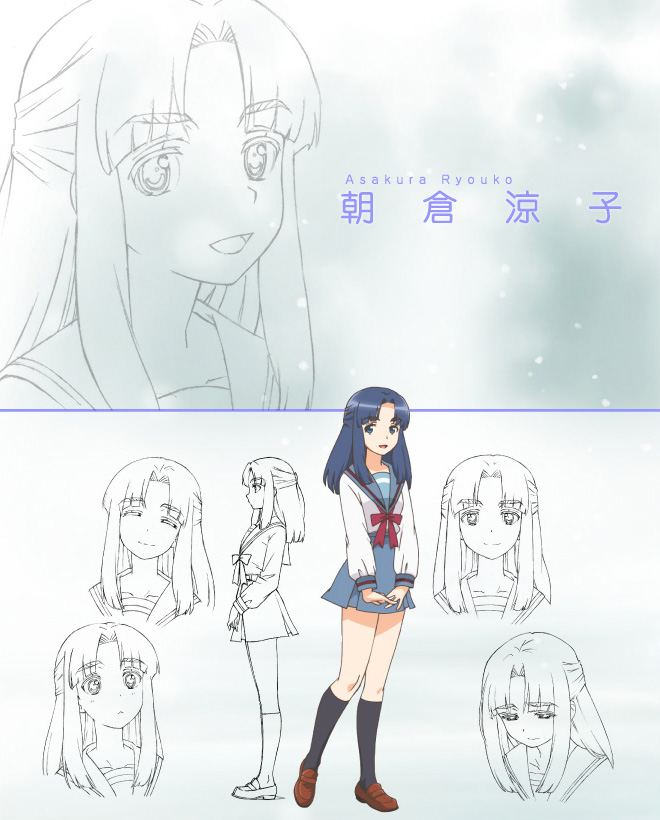 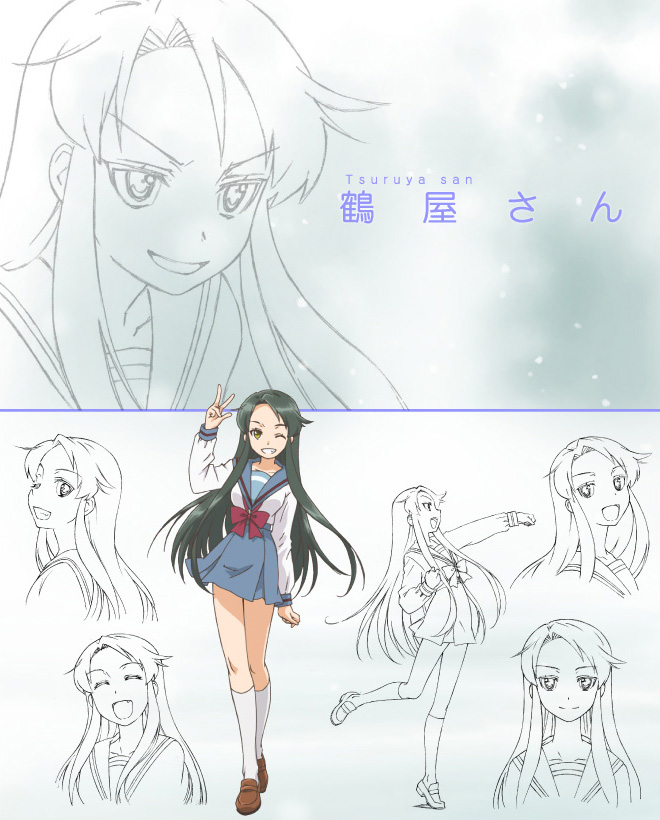 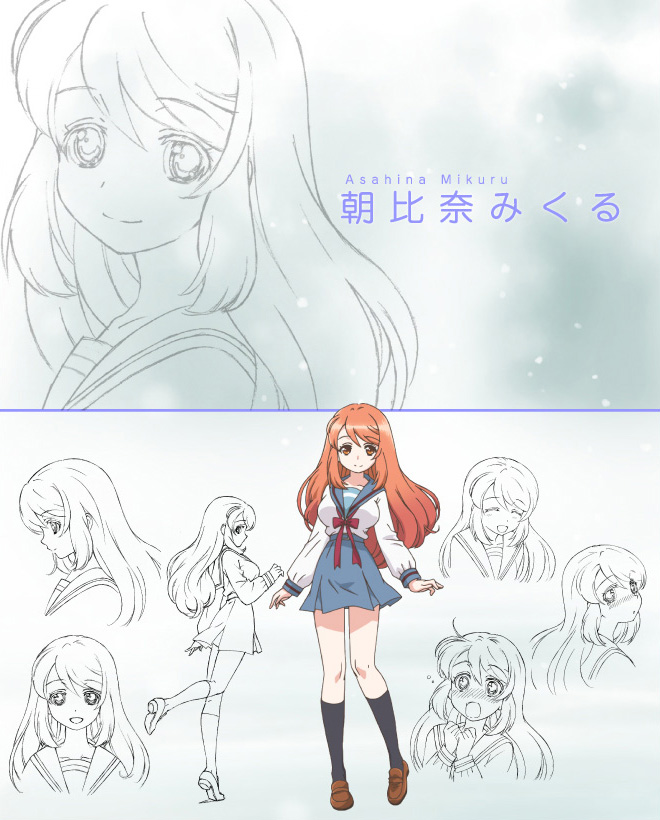 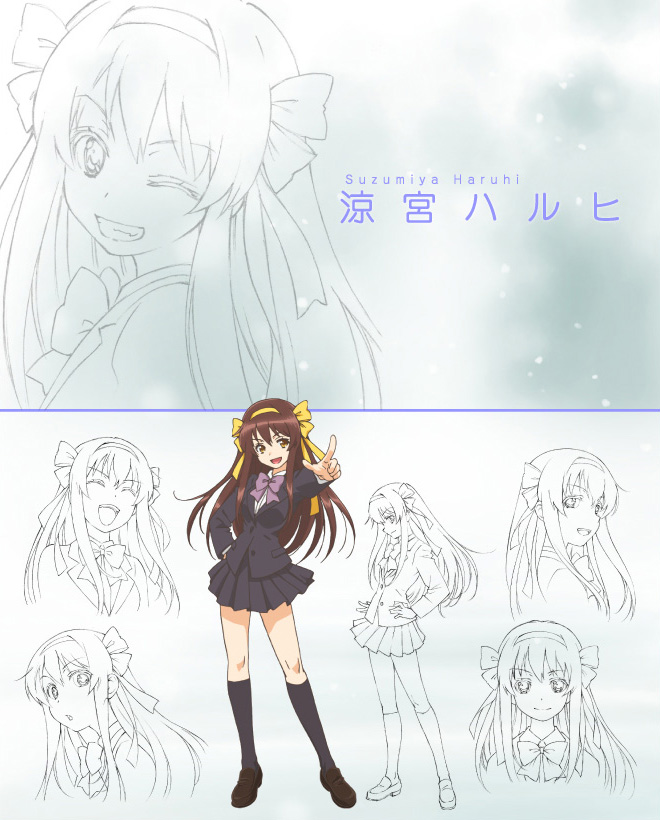 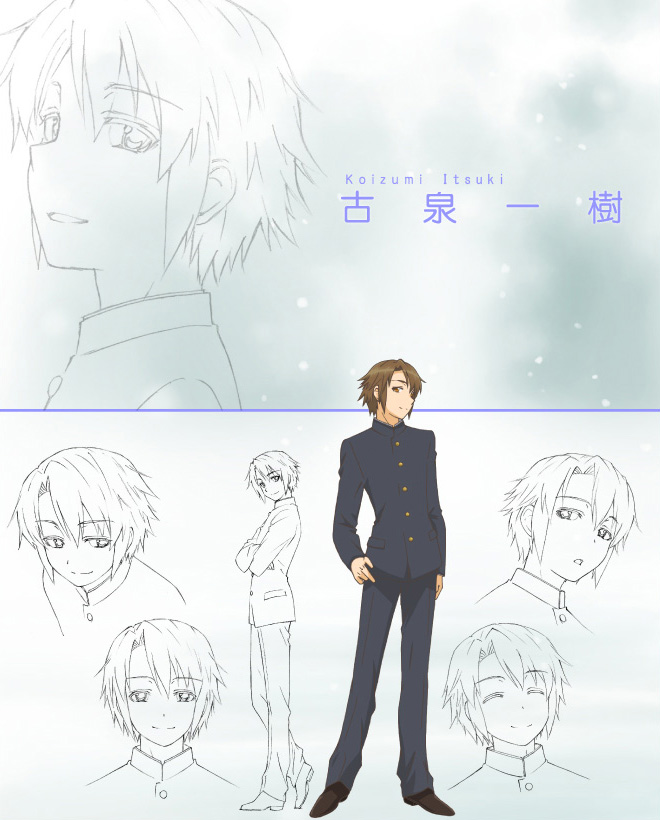 The supporting cast characters did not have their designs updated; 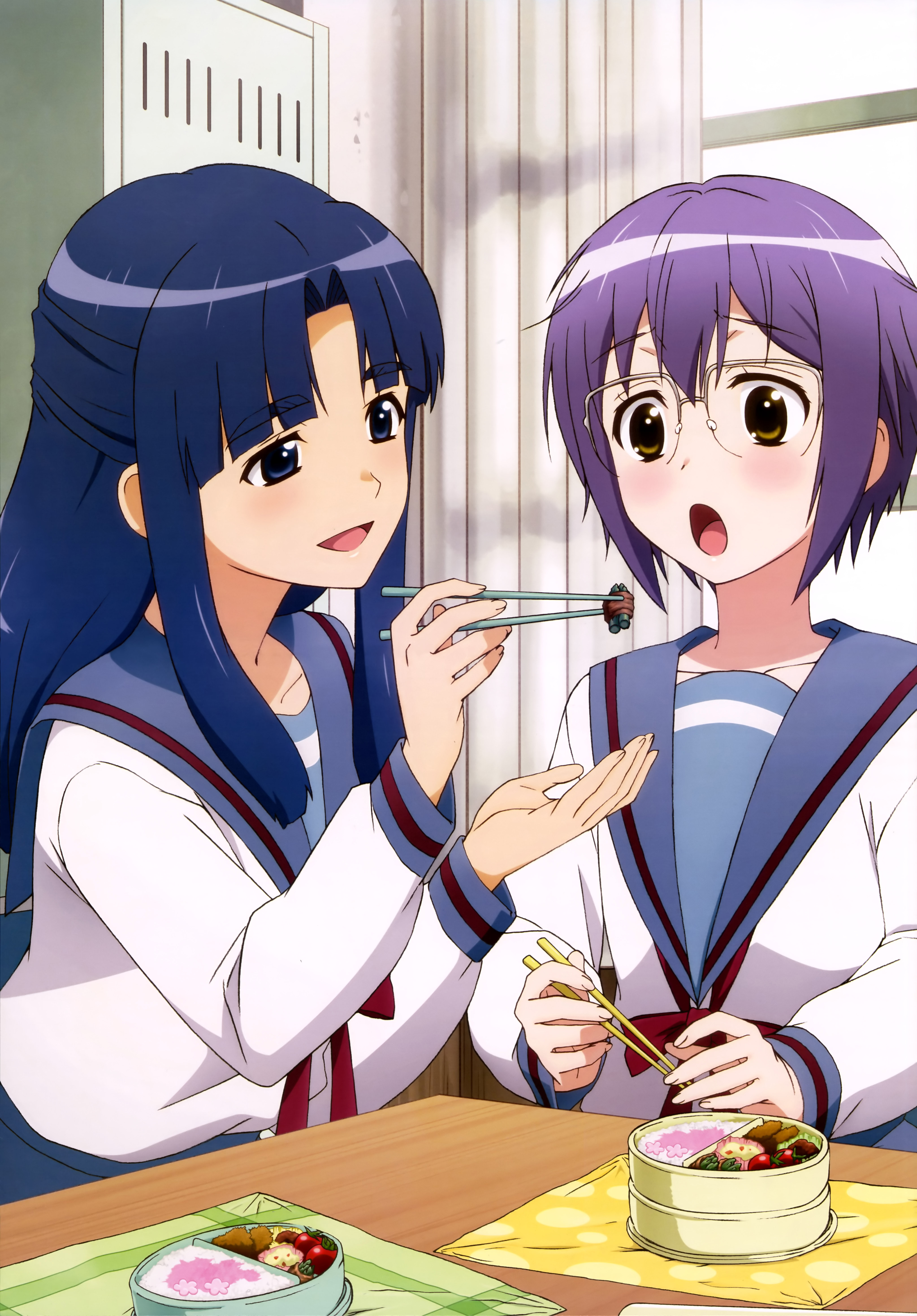 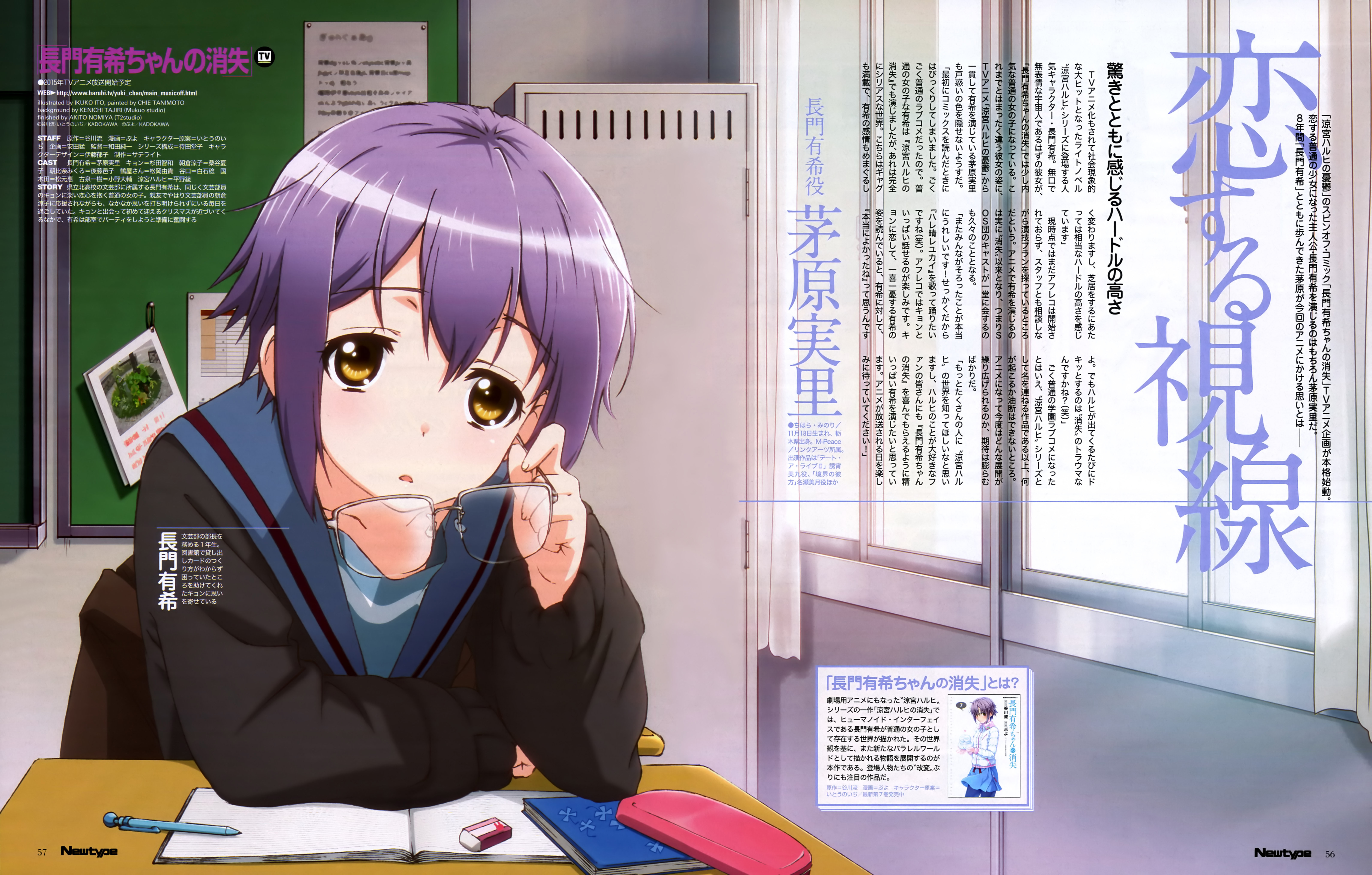 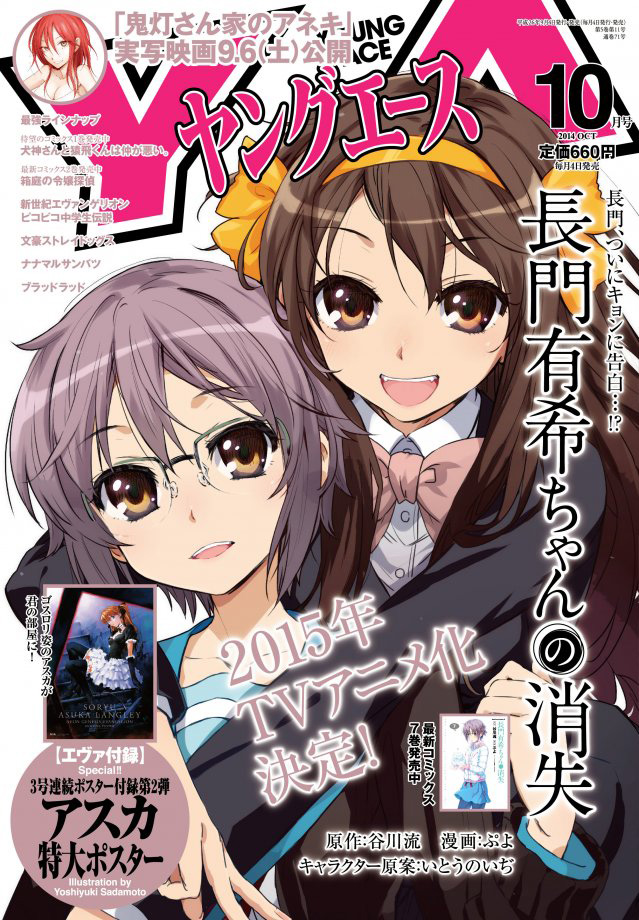 The upcoming anime adaptation of The Disappearance of Nagato Yuki-Chan will be airing this April during the Spring 2015 anime season on Tokyo MX and AT-X. More information about the anime will be revealed at AnimeJapan, and at the event for the pre-screening of the anime’s first episode.